Redistributing the Commons discusses the communal agricultural history of the Central North Side neighborhood through a silo-shaped vending machine that distributes native seeds in... 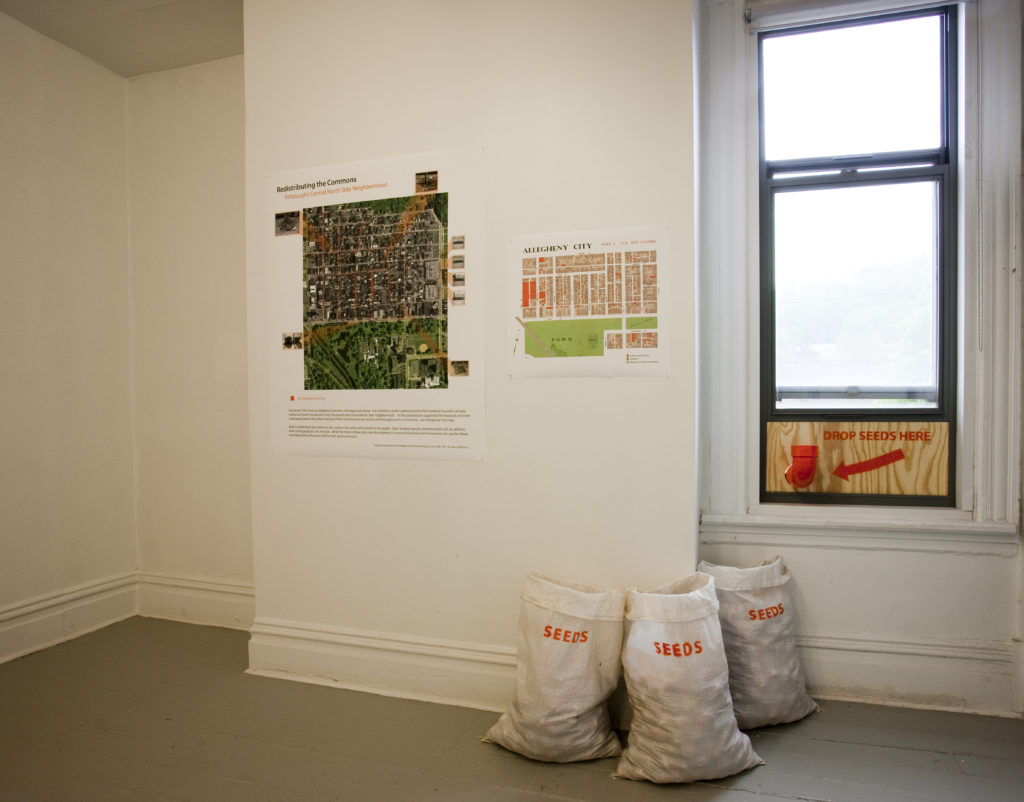 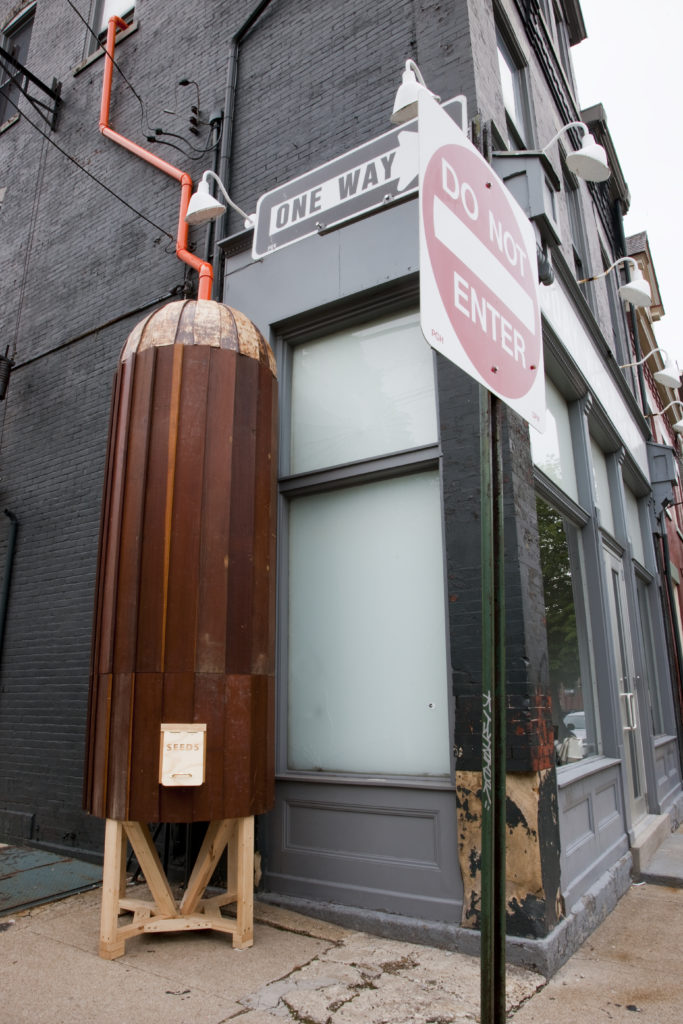 Redistributing the Commons discusses the communal agricultural history of the Central North Side neighborhood through a silo-shaped vending machine that distributes native seeds in small capsules. In 1787, the tract of wild land opposite the Allegheny River from downtown Pittsburgh was divided into residential plots and a town center surrounded by 100 acres of common land. In the past, Allegheny Commons has accommodated a permanent market, a ten-acre prison, and a burial ground. During the second half of the 19th Century, the Commons was utilized as public grazing land for the livestock housed in private stables and public stockyards lining the present-day Central North Side neighborhood. As the pastureland supported the livestock and their subsequent goods, the public resource of the common land was distributed throughout the community. Built to redistribute the commons, the seed silo is an outdoor vending machine that distributes native seeds to the public. Each vended capsule contains seeds, soil, an address, and a photograph of a city tree plot. While the trees in these plots are city property, individuals and homeowners are responsible to care for these municipal plots as they once did for their grazing animals. Recipients of the seed capsules are asked to plant their seeds in the given plots, reclaiming the common land beneath the city’s streets. Historical references taken from Images of America: Allegheny City 1840-1901, Arcadia Publishing.

Claire Hoch (American) grew up in the suburbs, lacking close neighbors but a strong connection to the dirt. After graduating from Carnegie Mellon’s School of Art, she returned to the dirt seeking new platforms of education. Claire built rammed-earth houses in Guatemala and works with an urban farm in Pittsburgh, uncovering simple solutions to our most basic human needs. She cultivates the rich diversity of communities, the food we eat, and our natural environment.

Dawn Weleski (American, b. 1981) re-purposes local newspapers, public transportation commutes, and meals with family as transformative social stages to reveal their own social wellness and cultural renewal and to provide a forum for provisional awareness. Her work often acts as a political and social stress test, measuring the health of routine within shared cultural behavior. She encourages relating to the other by opening entry into unfamiliar and uncomfortable systems, by implicating and embedding within the work its own collaborative rules, and by reanimating defunct or retarded connections between seemingly disparate people and places in a state of transition. She lives in Pittsburgh, PA.

Apparition of Our Lady of Peace, Jacksonia Street, Pittsburgh