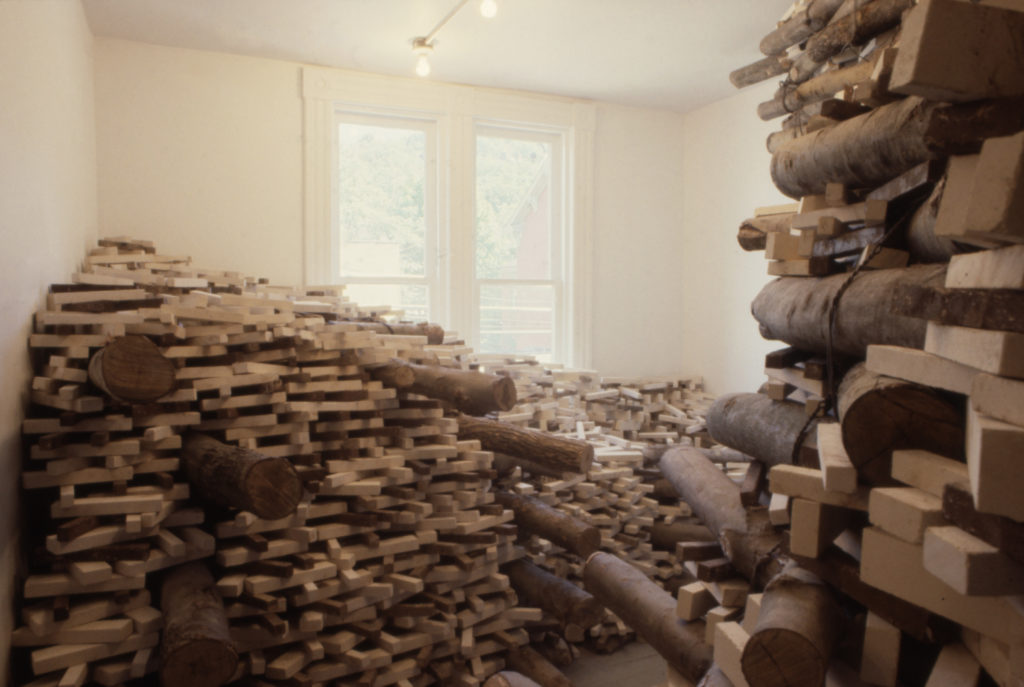 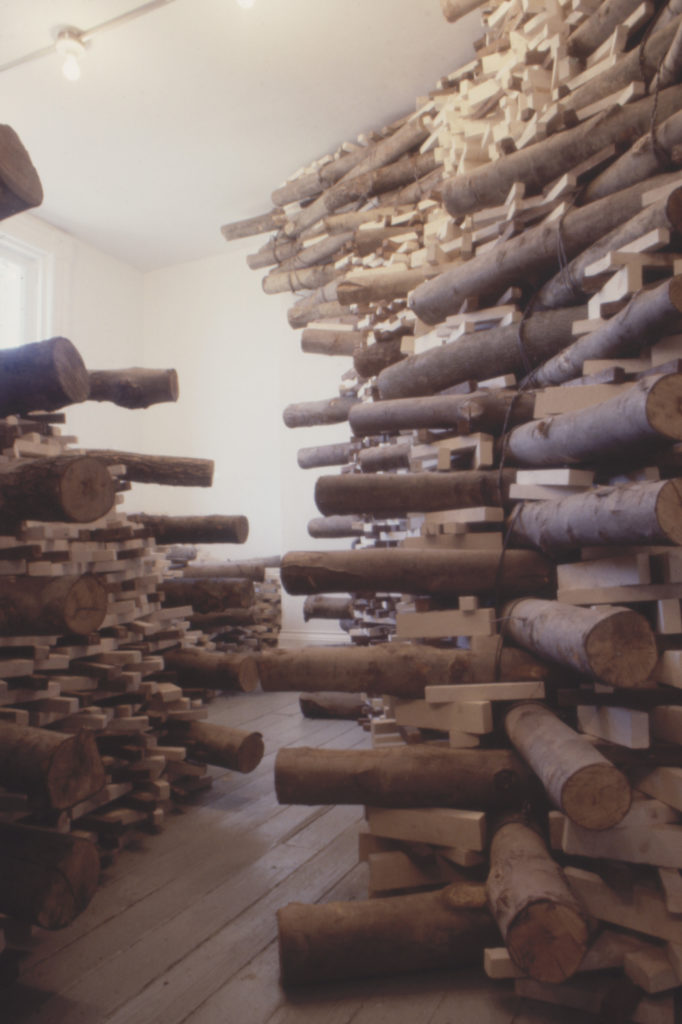 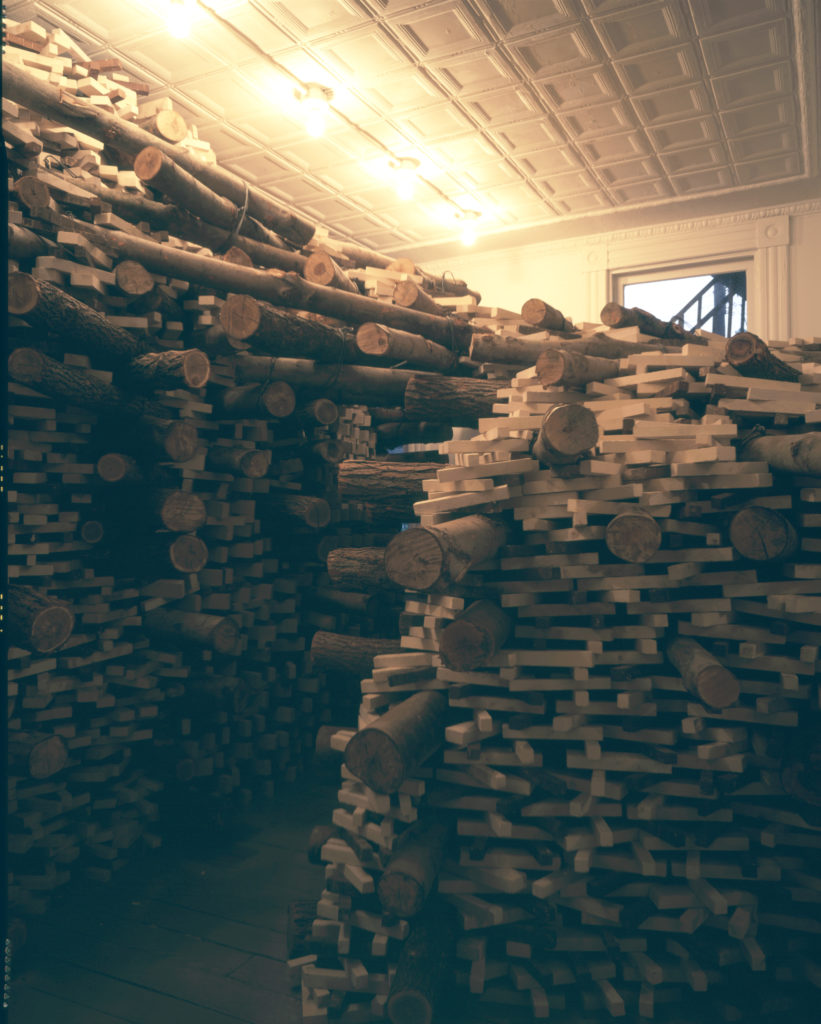 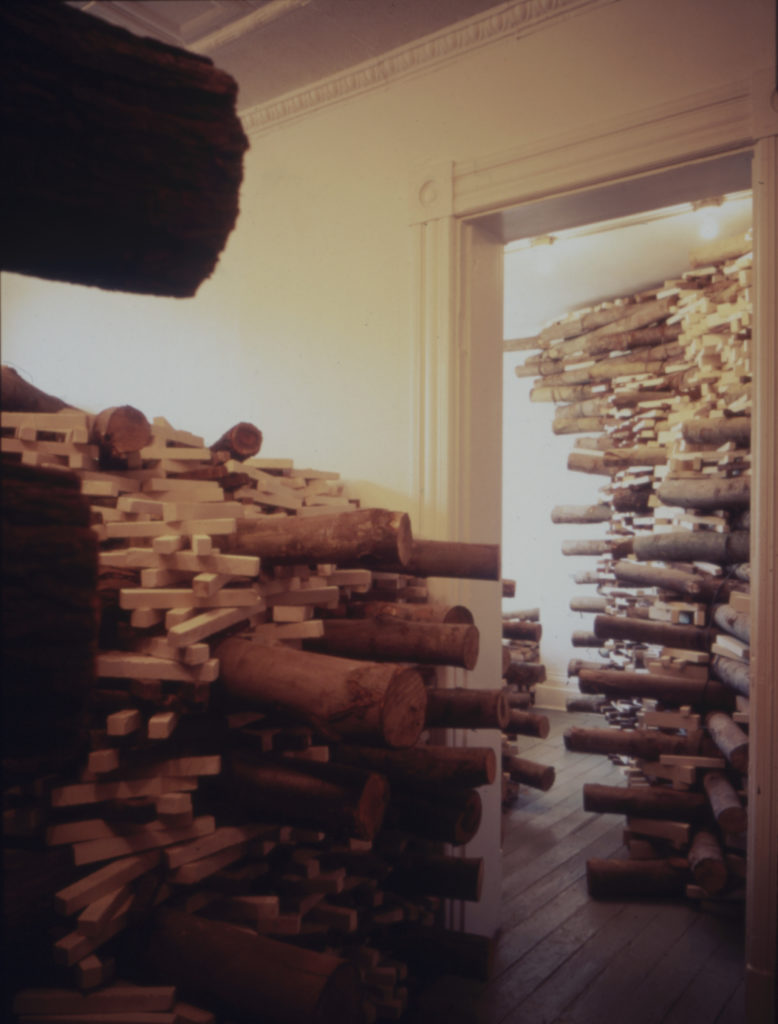 Seven hundred logs and sixteen thousand small bricks were carefully stacked to fill two small galleries. Visitors are able to walk among the dense constructions in two rooms. Tight passageways take the viewer past niches, amidst the scent of freshly cut wood and the varying rhythms of stacking patterns

I sometimes imagine an ancient age when humans did not have words. They probably drew something even in that age.

It is said that the origin of sculpture was the obelisk, which consists of four monoliths facing north, south, east and west. It is also said that a hole appeared in the obelisk, and a movement was born. The hole was space around the human form, the open areas between the fingers, legs, arms. Finally that developed into Greek sculpture. I am not sure if this is true or not. However, the story fascinates me.

I think if the monolith is the origin of art, stacking bricks as I have done is part of the origin. I want to return my thoughts to the starting point by the routine stacking of bricks. Then I want to think about art, about human beings, about nature, and about the world. Moreover, I want to ask “the question of the human” that nobody has found the answer to yet through art.