The belly button and the buttonhole. Locations of junction and disjunction. Points of connection rendered useless without an umbilical cord or button; their own presence a scar, a reminder of their lack and loss. 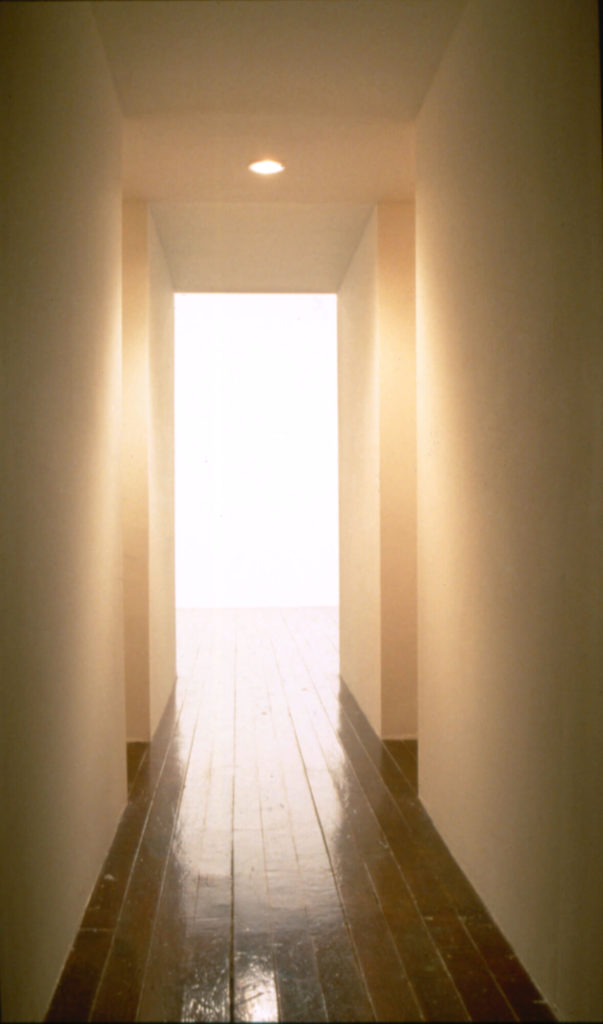 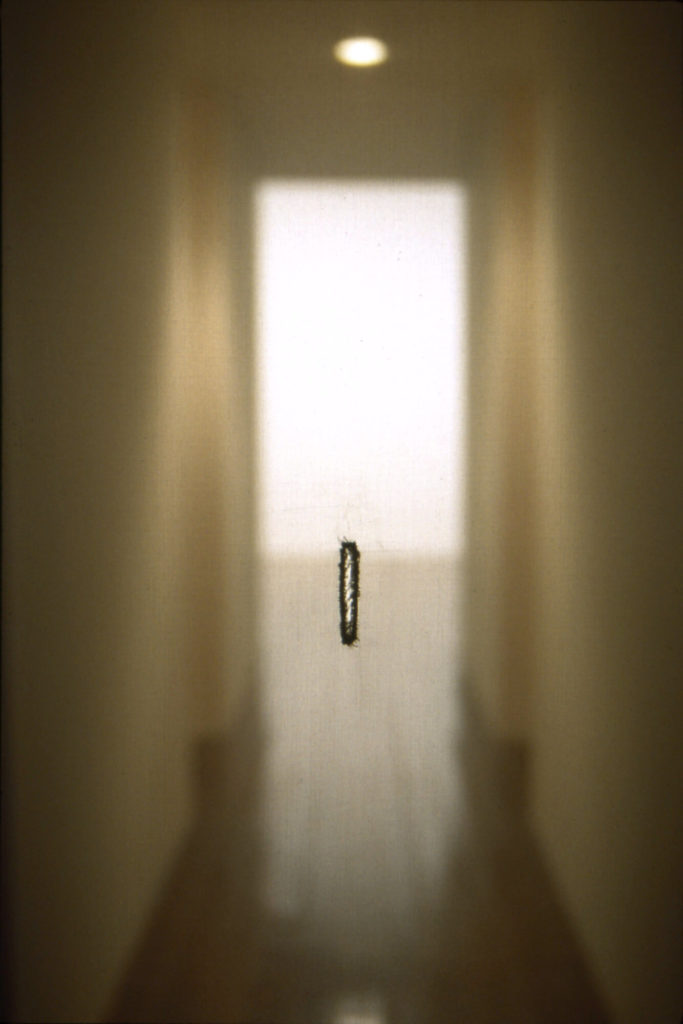 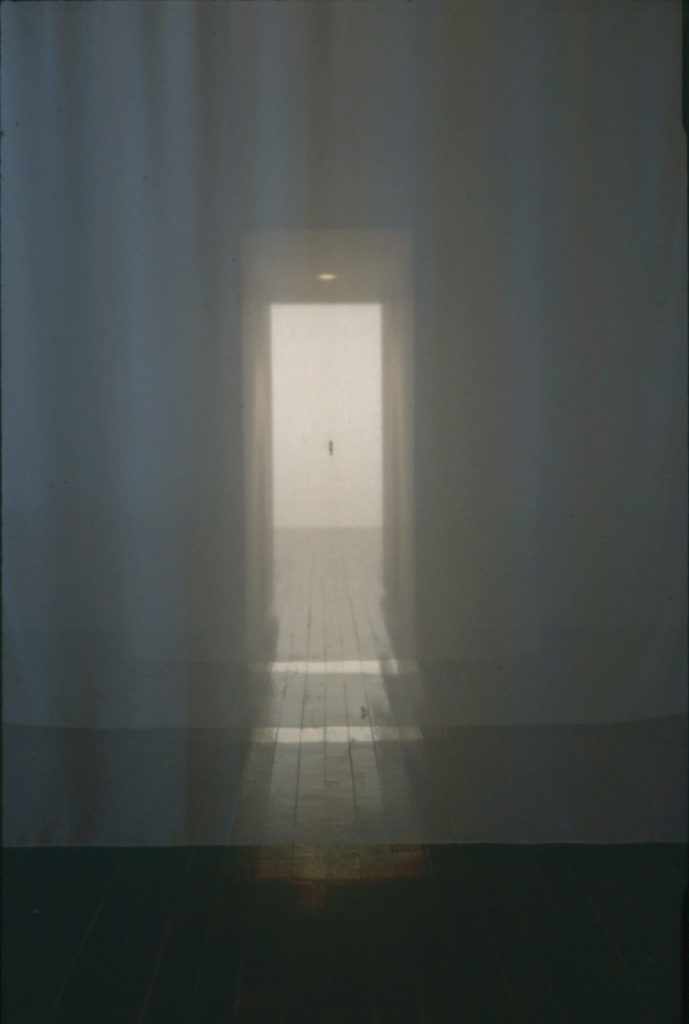 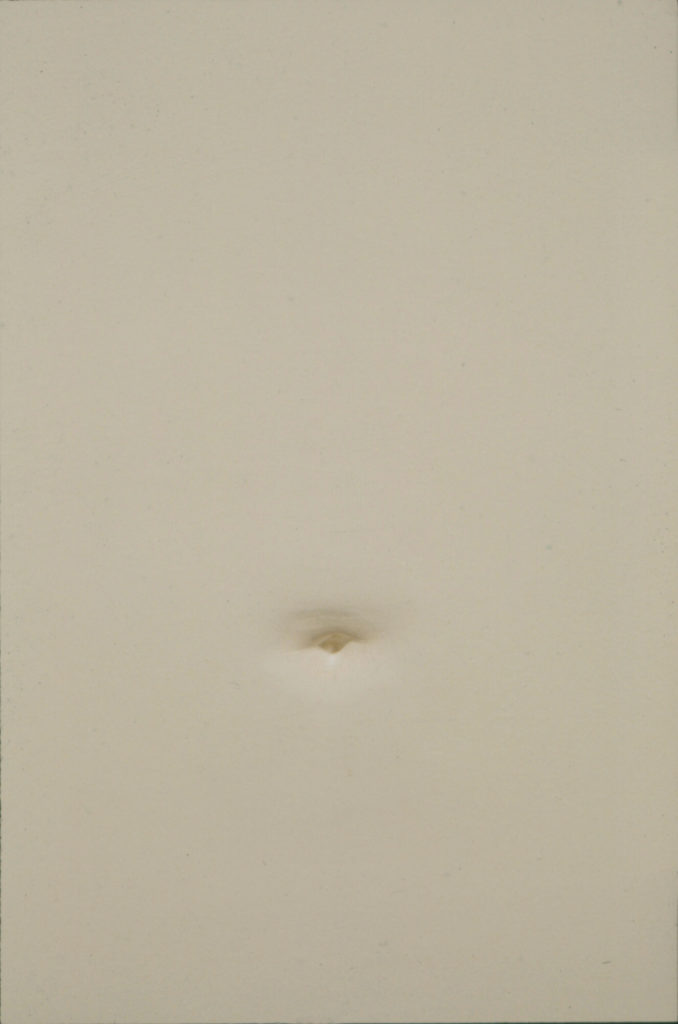 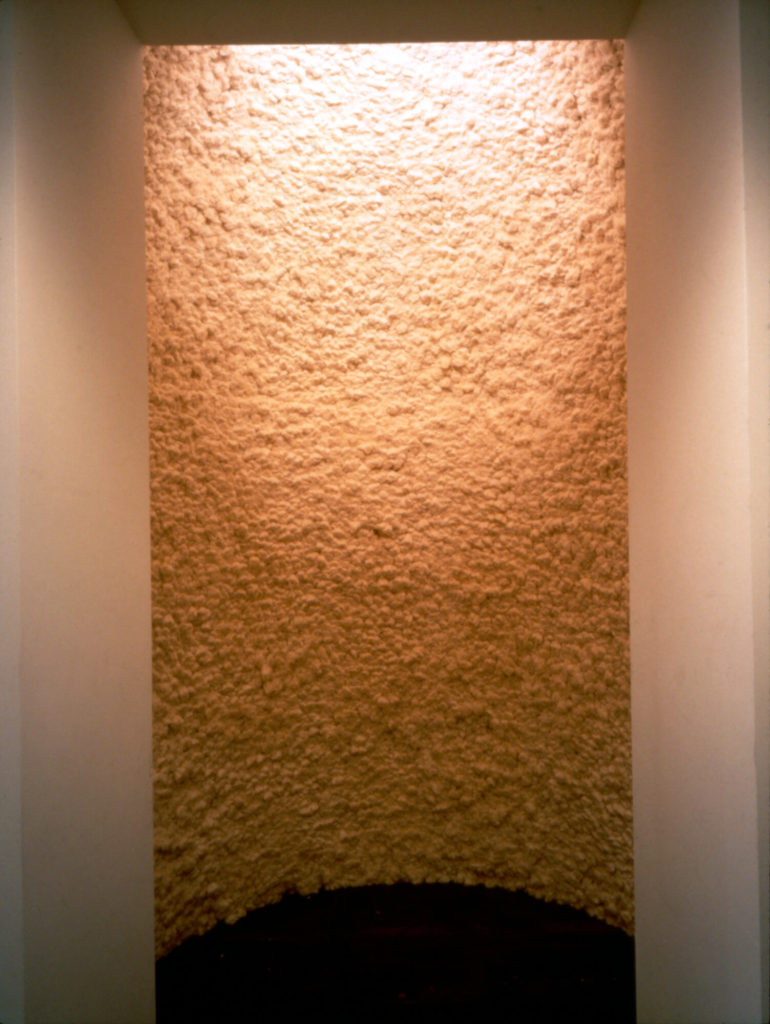 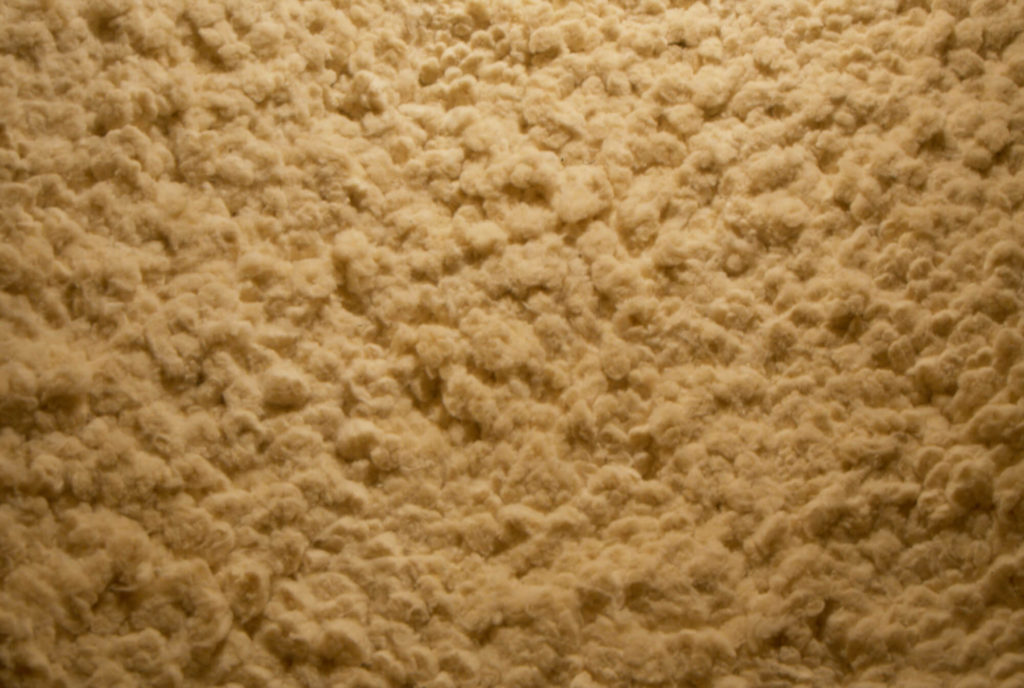 This architectural installation illuminates a passageway between spaces for pause and interaction. The first room is illuminated by sheer curtains, dividing the space into three parts. A button hole is sewn near the center of each, directing the viewer through to the hallway behind. Branching from the corridor on both sides are apses lined with soft cotton walls. These cushioned spaces absorb sound and change the dynamics of the viewer’s senses and spatial perspective. In the last room, the viewer reaches a cast navel embedded in the wall and aligned with the hallway and entrance. Root Bound is layered with body connections that are physically and psychologically experienced.

Jenkins and Mattress Factory volunteers tufted the interiors of the apse walls with 24,000 feet of thick cotton cord. After installing a hardware cloth grid in the apses, six volunteers worked in pairs-one inside and one outside the apse-to insert the cotton like a giant hook rug. When contractors originally built the three rooms, Jenkins discovered that the apses, which she intended to be cozy and comforting, were much too large. The walls had to be torn down and rebuilt into a more compact form. At one point, the apse walls were to be lined with spaghetti-like rubber tubing. The curtain and navel rooms retain their original design. The curtains and button holes were constructed by a neighborhood seamstress. The cast of the navel was made with a dental mold. Root Bound is mainly an architectural piece. The connection to her previous working method, which featured repetitive activity, is seen only in the apse areas.

The belly button and the buttonhole. Locations of junction and disjunction. Points of connection rendered useless without an umbilical cord or button; their own presence a scar, a reminder of their lack and loss. A gap, a bridge, a landmark between two things. Between… that hovering state of suspension. Not quite committed, still somewhat attached. The past has just occurred and the future has not yet happened. Presence.

Chaos as a constant becomes wear and grounding is sought. The body is strong, the brain an endless loop of reminders and patterns, the heart contemplates life with no distractions. There are memories here in the movement of these curtain barriers, the way they fill the room with seemingly little substance. A skin, a veneer. A journey is in progress, a settling of sorts, by way of the long road. And there is reverence here, too, in the seduction of the illumination. Desire, expectation. A dream, a breeze, the warmth of a padded room leads back to the beginning … vulnerability, openness and muffled laughter.

Delanie Jenkins’ work is grounded in a collage aesthetic connected to the exploration of ideas through process. A prior career in architectural design cultivated a physical awareness in the constructed environment, which transformed later through art making into site-specific, installation, and performance works.