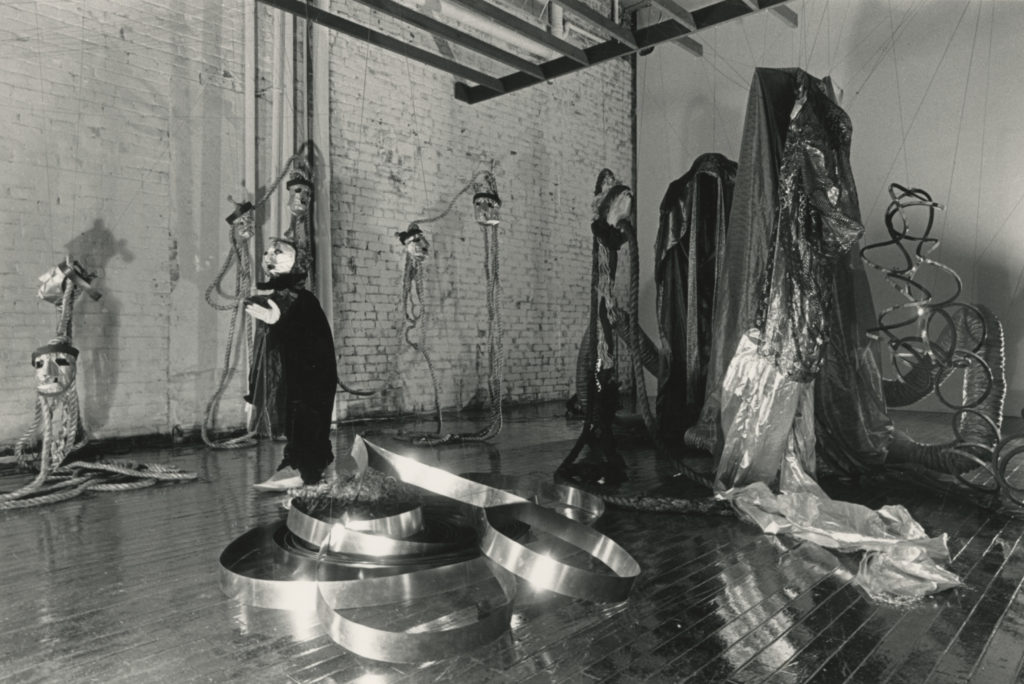 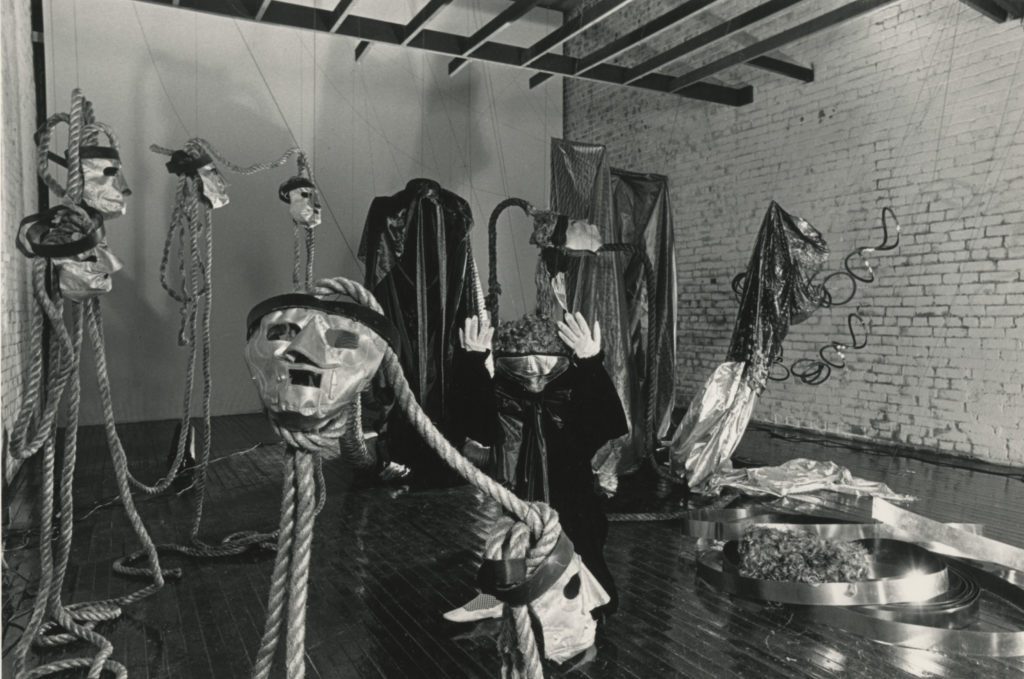 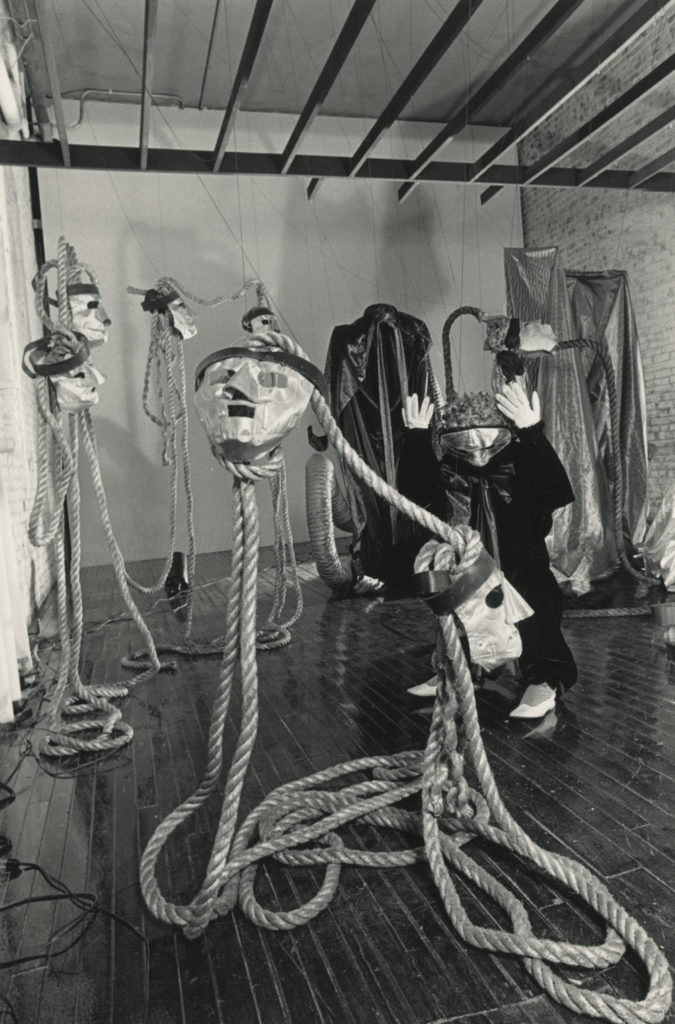 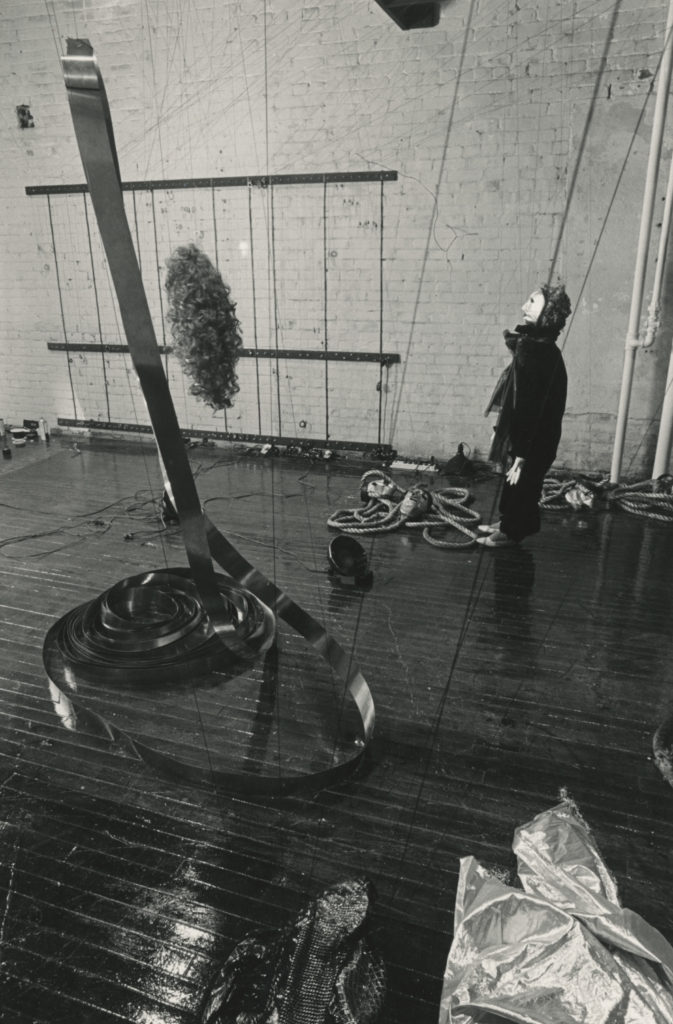 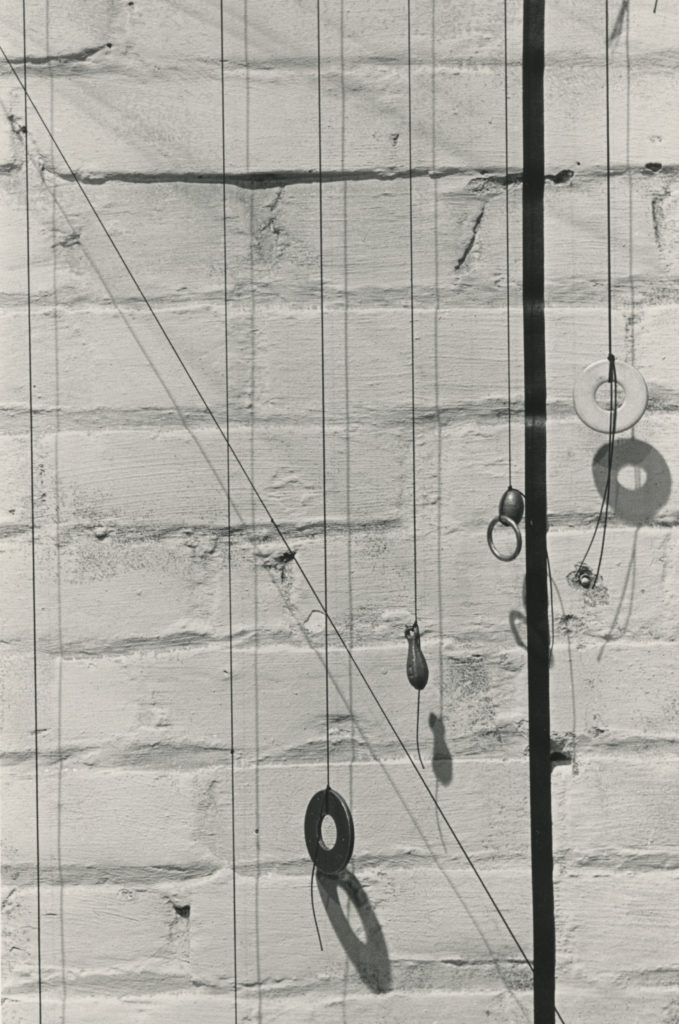 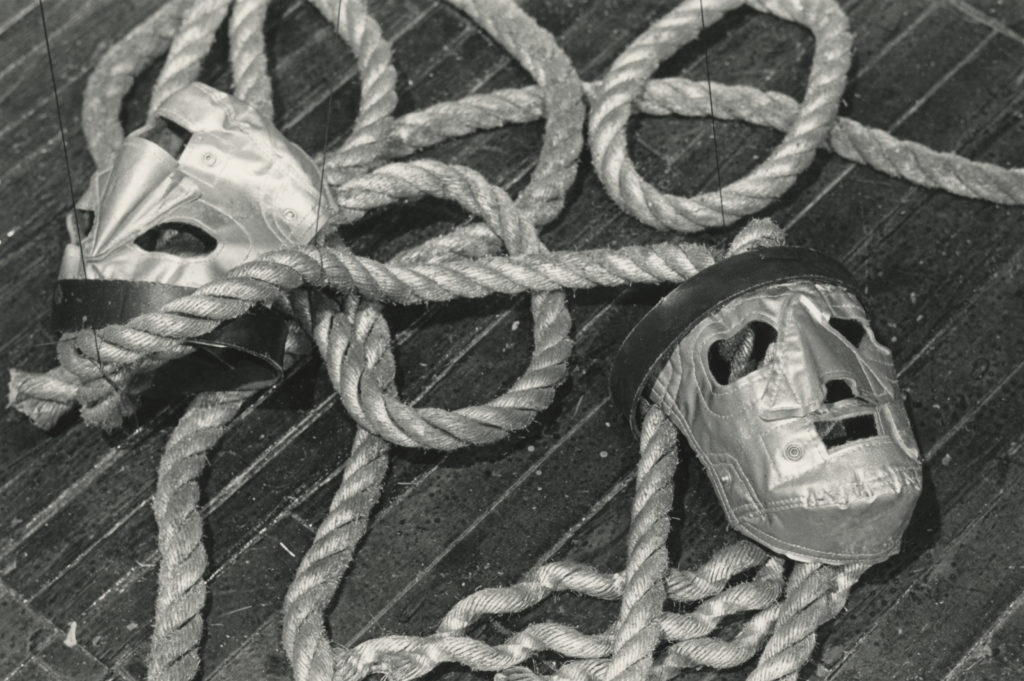 The players were piles of heavy rope, nondescript masks, flexible piping, springy coils of metal, odds and ends of clothing, lengths of silk. The artist visible off to one side, brought the clutter to life with the manipulation of strings.

This work is an investigation into the possibilities of abstracting drama from other means than those of the conventional theater. It is achieved through an instrument, in the form of a string rig, with which objects, lights, and materials are manipulated into dramatic movement. It enables drama to become free from the material considerations of the cast.

In this production of Salomé by Oscar Wilde, the play he hoped to see produced by the Théâtre d’Art in Paris, the cast consists entirely of construction materials, silks, coils, ropes and masks. They are the performers as well as the set. Being impartial materials, they effectively communicate a kind of “pure” drama, without the interpretation and psychologizing that actors necessarily bring to it. The materials and their movement allow the audience to visualize concepts: the large steel coil representing the prophet communicates the prison of righteousness in which he lives much better and more intimately than the tortured face of an actor could. The steel coil requires our knowledge of emotional imprisonment, the actor’s face tells us about it.

The production is at the same time minimal and highly theatrical. Several piano pieces by Eric Satie add to the sense of sensuous and decadent drama.

About the Artist
Hanne Tierney is the Artistic Director for FiveMyles, a performance and exhibition space in Brooklyn, NY.