Herschend s many-sided conceptual Self Portrait as a PowerPoint Proposal for an Amusement Park Ride is characterized by a strong sense of narrative not... 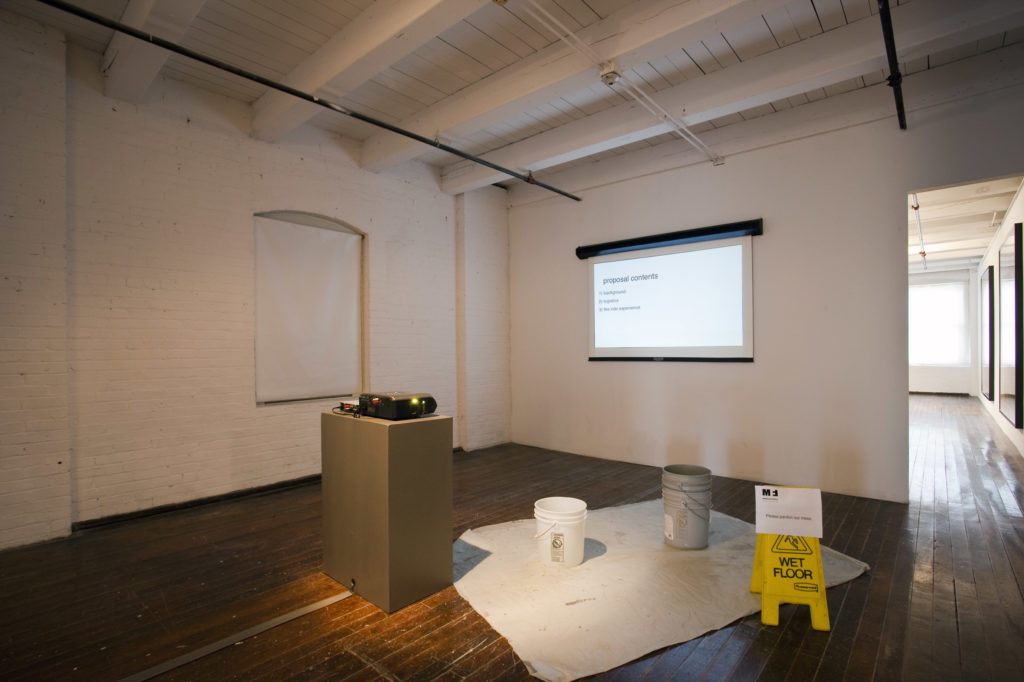 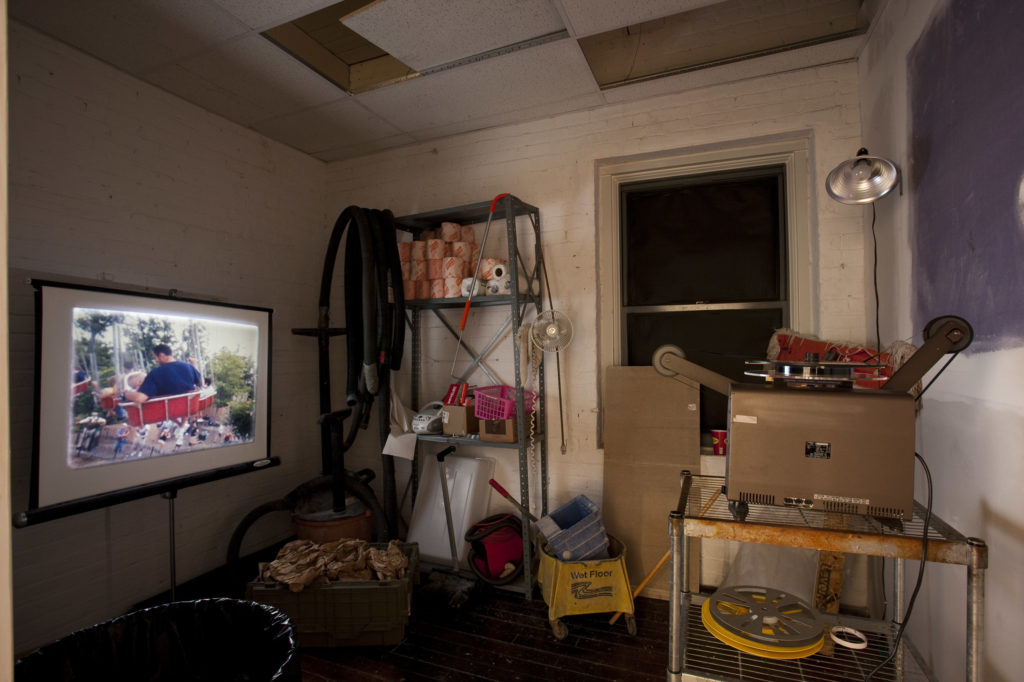 Herschend’s many-sided conceptual, Self Portrait as a PowerPoint Proposal for an Amusement Park Ride, is characterized by a strong sense of narrative, not strictly limited to straightforward vignettes or mimetic representation. In his complex self-portrait one finds a narrative that resembles fantasy, role-playing, fiction and a touch of reality. Jonn’s choice of subjects and materials contribute to the kind of story he opts to tell and show his audience.

The entire installation is a self-portrait…not one part. It’s both sides of the entertainment experience… the fantasy of the gallery and the hidden reality. It goes from the conceptual notion of a museum installation, to a disruption with the physical space (the leak in the ceiling), to a hidden and nostalgic projection of a true moment of complete innocence. This is the first time I’ve ever really worked on a piece that referenced my affiliation with the amusement park of my past. For me, museums and galleries are very similar to amusement parks. They are where we come to experience a diversion from the real world. And we expect things to be a certain way. From a formal aspect, the PowerPoint projection (an application used to supposedly make confusing issues clear) becomes bogged down and sidetracked with the introduction of an illicit affair and car wreck. The black and white slides are spilling over with emotion, just as the physical building is failing and starting to leak. But in the Janitor’s closet, a place that is not formally on the map of a museum or gallery, the 16 mm projection is a translation of a moment (a true moment) where I recorded my daughter experiencing an amusement park ride with full and complete innocent joy (at the amusement park where I grew up). I wanted to transfer and translate the moment to a medium associated with memory and nostalgia.

Jonn Herschend attended Boston University where he received his BA in 1990. He received his Teaching Credential for English Literature from San Francisco State University in 1996. Herschend went on to the University of California, Berkeley where he received his MFA in 2006. He is currently the co-founder and editor of THE THING Quarterly. Herschend is a filmmaker, interdisciplinary artist, and experimental publisher. His work explores fiction, reality and the narrative structures that we employ as a way to explain the chaos and clutter of our everyday lives.