Ship of Fools: Discovery of Time 1988

The artist left the turn-of-the-century kitchen in its worn state with peeling paint neglected wood and antiquated fixtures He added forms cut from old... 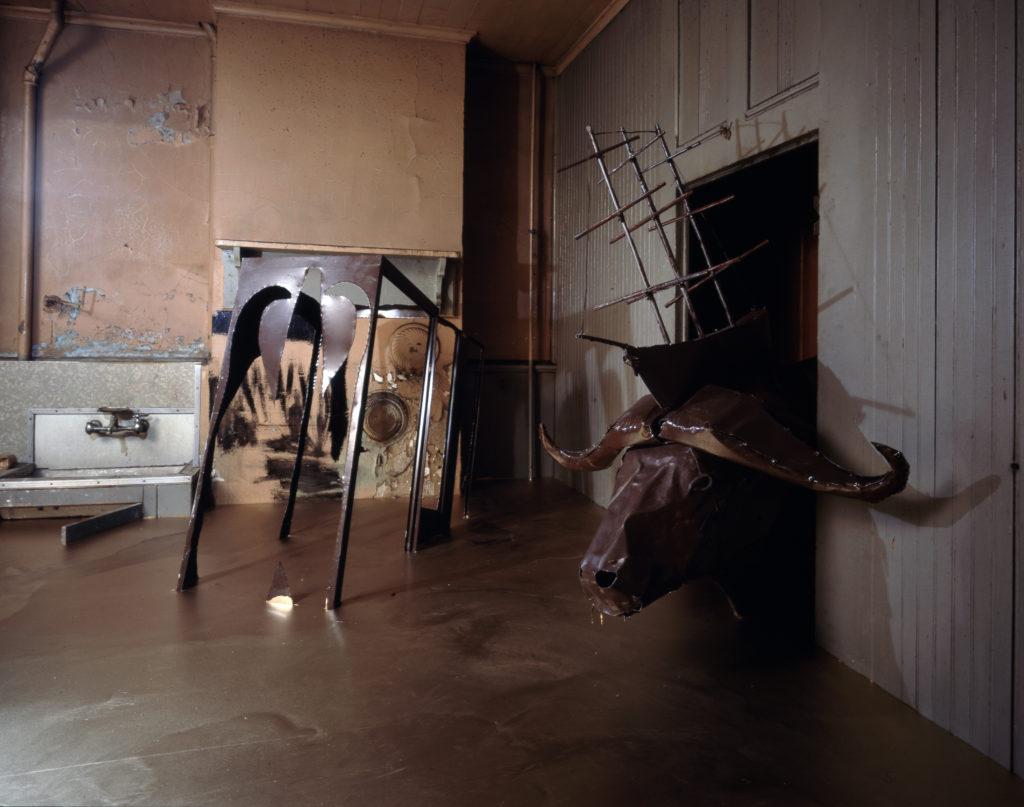 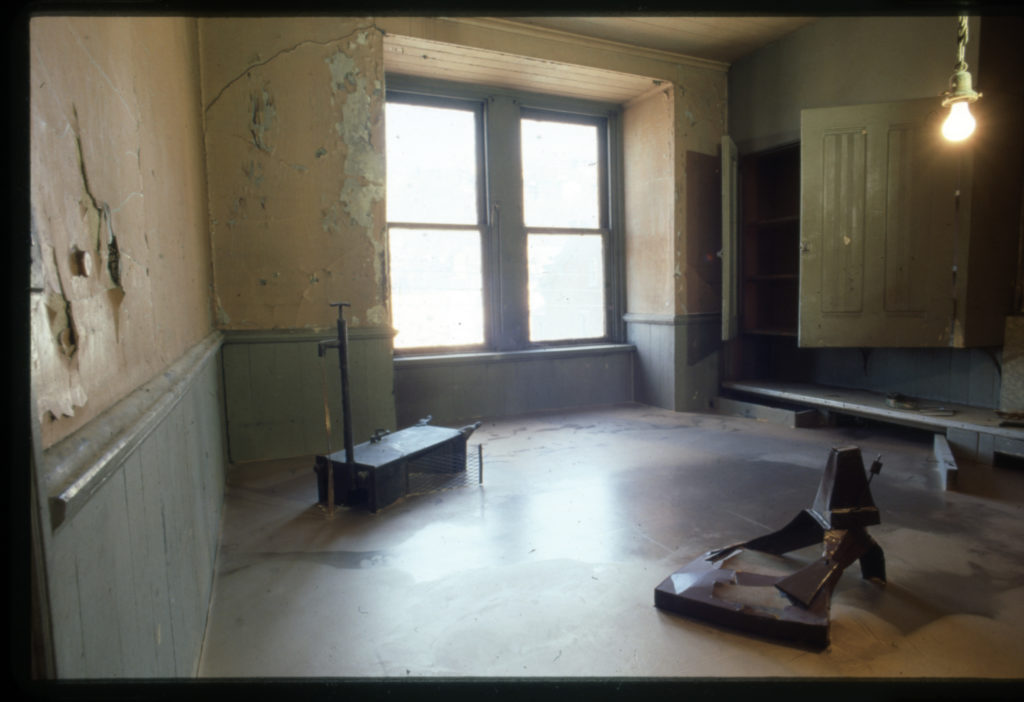 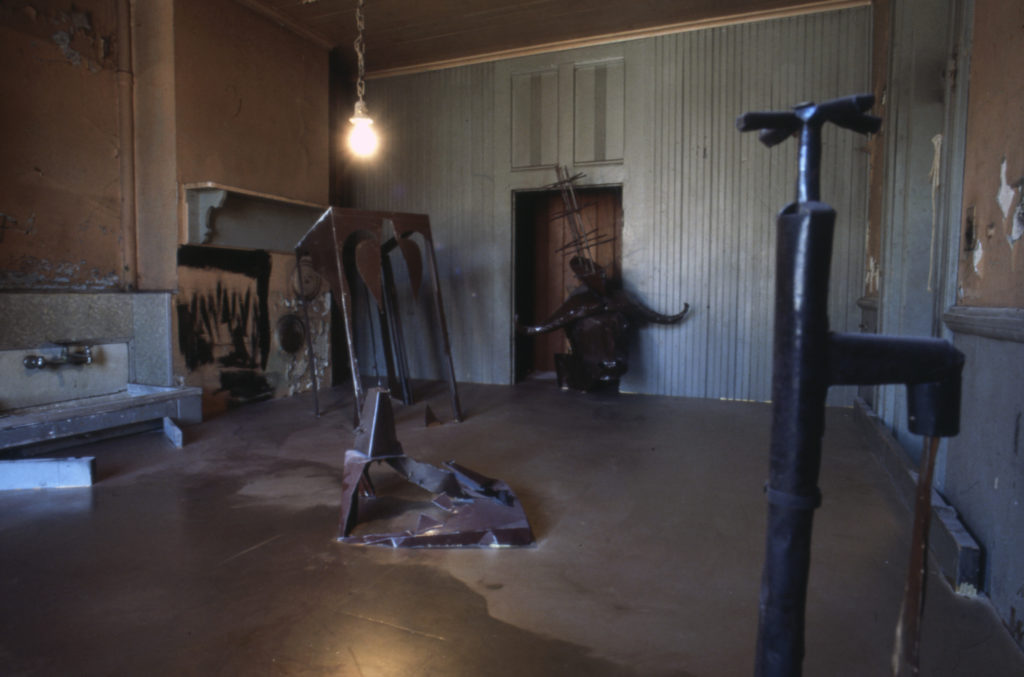 The artist left the turn-of-the-century kitchen in its worn state with peeling paint, neglected wood and antiquated fixtures. He added forms, cut from old metal cabinets.

You open the door into a room to see a disaster, frozen in time. The floor has been raised to show the effects of a mounting flood.

From a tap, made of an overturned gas mantle heater, liquid gold has flowed, filling the kitchen, and has petrified. A metronome fashioned from part of a cabinet to which it still clings stands as a symbol of time. Emerging from the pantry is the front half of a large water buffalo with a ship’s model caught in its horns. A remnant from the cabinet out of which the horns were cut sticks up through the gleaming surface like the fin of a shark. Over all of this, an unshaded bulb casts harsh light.

Ship of Fools: Discovery of Time is a permanent installation. It was installed at the Mattress Factory in 1986 and opened to the public in 1988.

Woodrow’s career took off in the early 1970’s after he hosted his first solo exhibition at Whitechapel Art Gallery in London. In his earlier work, Woodrow used recycled materials taken from dumps and scrap yards. Later in his career he began working with bronze.