For more than one hundred years, one of the most challenging tasks for the people of Siam, or Thailand, has been to balance indigenous values with modern western development. 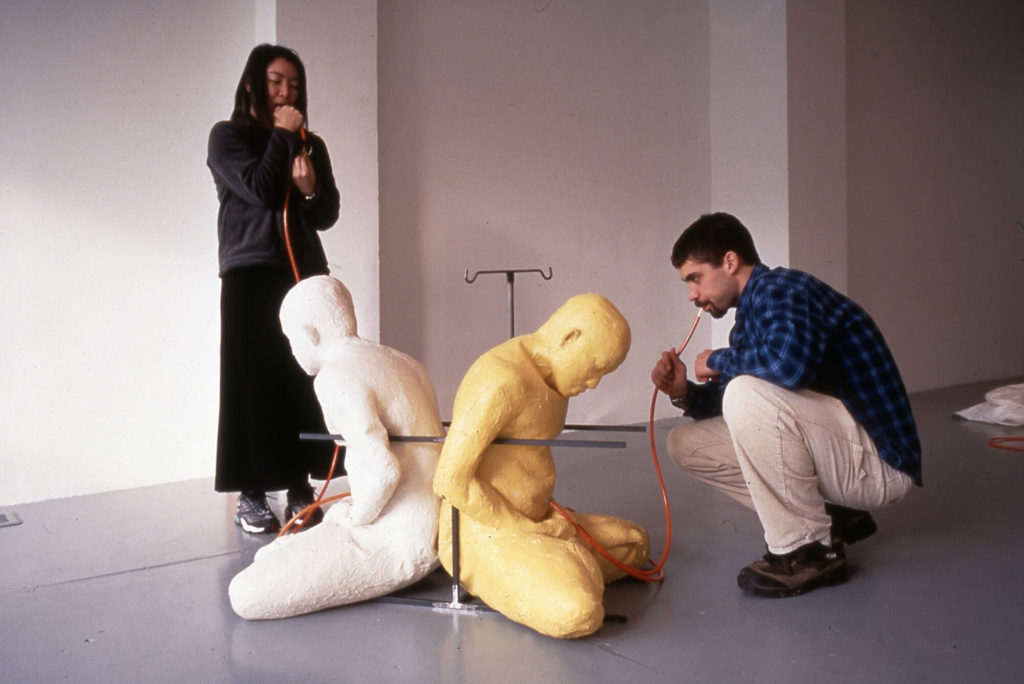 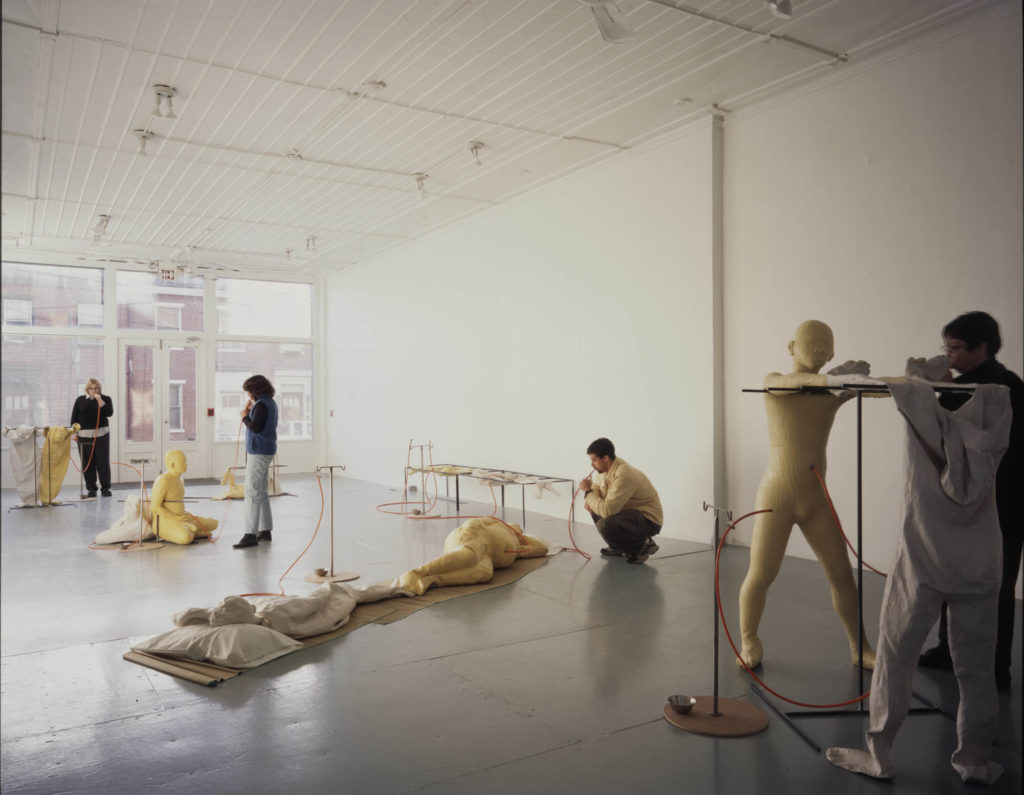 In Siamese Breath (Twins), Kunavichayanont explores the interaction of western culture – with it’s infusion of international commerce and English language media – on the culture of Thailand, a traditional culture with a smaller scale local commerce, strongly informed by Buddhist beliefs. He observes that at times, the two cultures exist in harmony supporting each other. At other times, the cultures are in conflict. At the Mattress Factory, six pairs of life-sized silicone “Siamese twins,” one yellow, one white, are joined at different parts of the body. For Kunavichayanont, these twins symbolize the relationship between the west and Thailand. Visitors participate in the the installation by blowing into the structures to inflate them to full size. Each “twin” is self contained – the air used in one does not pass through to the other. When the visitor stops blowing into the sculpture, it deflates, hanging limply on a steel structure. The even or uneven inflation of the twins by visitors is the experience of his work at that moment.

For more than one hundred years, one of the most challenging tasks for the people of Siam, or Thailand, has been to balance indigenous values with modern western development. The integration of the old and new is both harmonious and completely conflicted at the same time.

Living with two different values reminds me of the Siamese Twins. In Siam, in the early nineteenth century, there were twins named Chang and Eng who were joined together at the waist. The Scottish trader, Robert Hunter, introduced Chang and Eng to the Western world. When he first saw them, he described them this way: “It was a creature that appeared to have two heads, four arms and four legs.” Dr. Dan Bradley later recorded an addition,  “all of which were moving in perfect harmony.”

In 1826, Hunter brought the twins to America. They were on display in show business as the Siamese Double Boys, which soon became “The Siamese Twins.” They later became naturalized American citizens, married two sisters, had children, and died in North Carolina.

Siamese Breath (Twins) in the Mattress Factory, Pittsburgh, is a new version of the Siamese Twins that is on display to viewers in America at the end of the twentieth century, 173 years after the arrival of Chang and Eng. But this time, they come as inflatable bodies colored yellow and white, representing Asian yellow skin and Western white skin. They are joined together at some parts of the bodies. They are expecting the breath from the visitors to fill their bodies.

Tales from the Warehouse

The Magic Sword of MMCCDXCVII