Silence Blue is a carpeted white room that has 341 speakers mounted between clear and blue plexiglass Outside light is filtered blue into the... 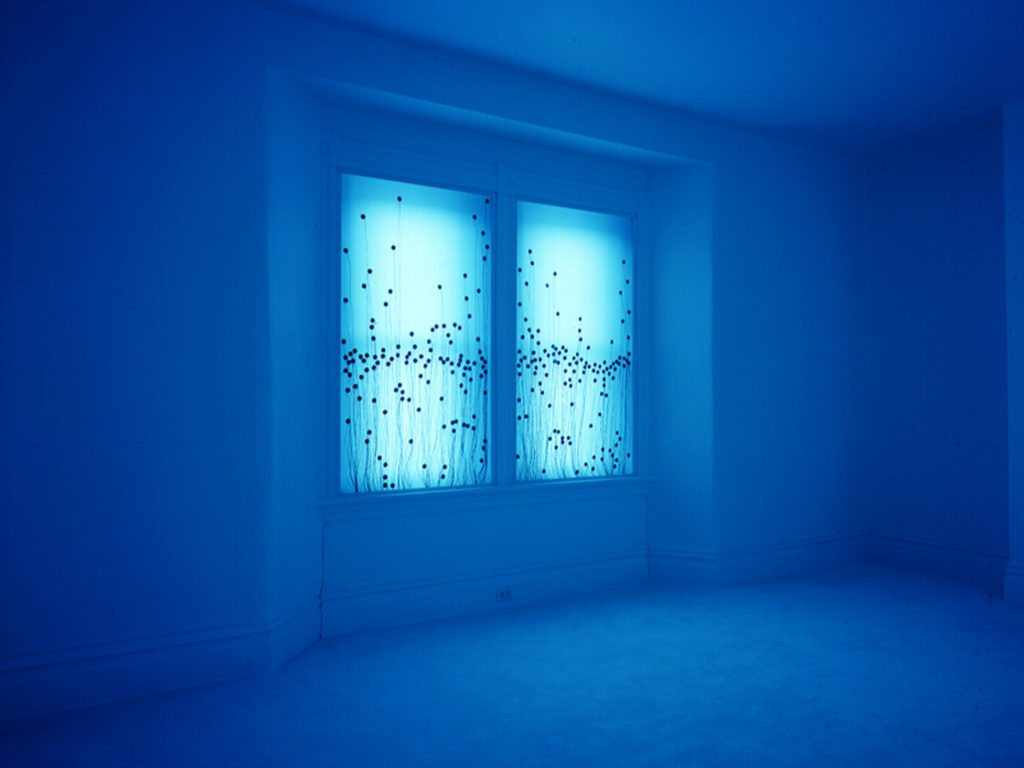 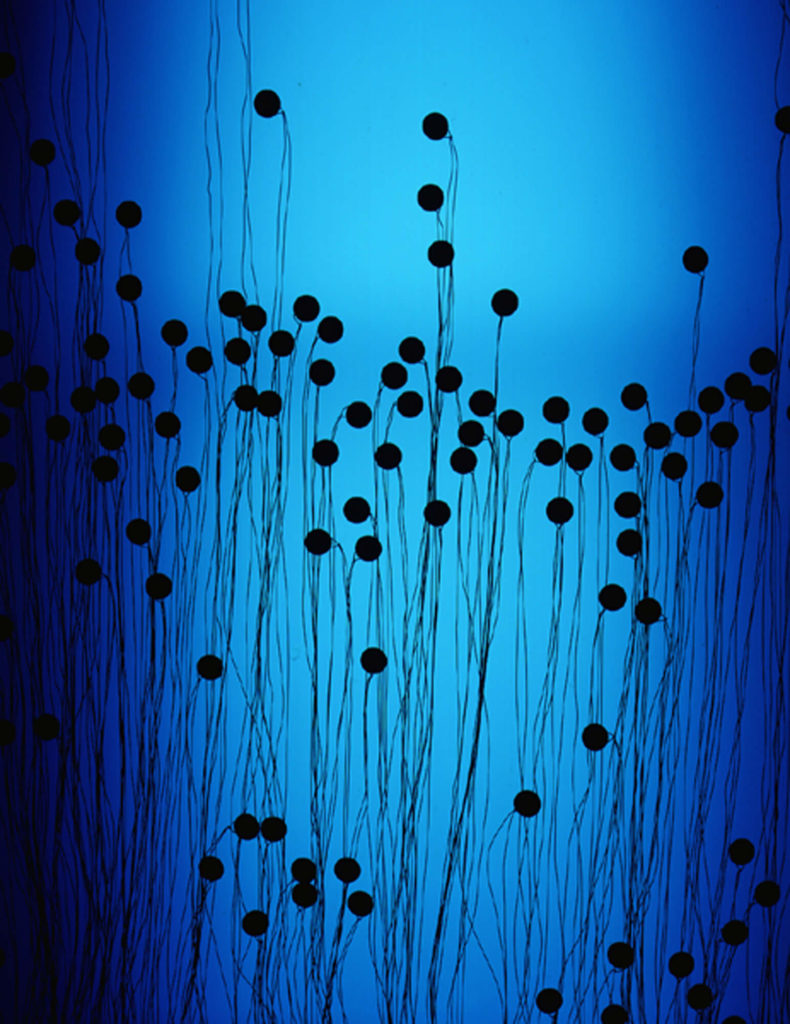 Silence (Blue), is a carpeted white room that has 341 speakers mounted between clear and blue plexiglass. Outside light is filtered blue into the space and the natural sound of water is faintly heard from the windows.

Silence (Blue) is a new installation built for the Visual Sound exhibition. The work belongs to a series of installations which present loudspeakers or loudspeaker elements in organic-like forms. Together with their attached wires, loudspeakers form plant-like structures placed within the space to suggest either their seeking of light or their preference for lighted areas.

The installation broadcasts high, relatively quiet sounds made up of a mixture of natural and synthetic sources. Just as this aural experience presents a mixture of natural and synthetic elements, so does the visual: Although the work is composed solely of loudspeakers and speaker wire, these are placed in a manner which suggest life, growth and movement toward light. The work inhabits the space in  much the same way as would plants, while at the same time projecting the observer back and forth between perceptions of the familiar and the unfamiliar: between that which we perceive as being natural and alive and that which we perceive as being technical and artificial.

At the Mattress Factory, hundreds of thin piezo loudspeaker elements and their attached wires were pressed between large sheets of blue and clear plexiglass. These plexiglass panels were fit into the frames of the three existing windows of the exhibition space. Much like the filtered daylight immerses the space in an even yet ever-changing blue ambience, the sounds of the installation also lightly color the silence of the existing space

Robin Minard addresses the effect of sound in the environment upon the physical and emotional well being of the listener. His sound installations are always site specific and attempt to alter the space in the same way that color and light affect it.

Igor Wagner Has Gone to the Races