The simplicity and connectivity of the fractal concept is meant to engage the viewer in a profoundly different way, bringing a certain peace, reflection and joy. 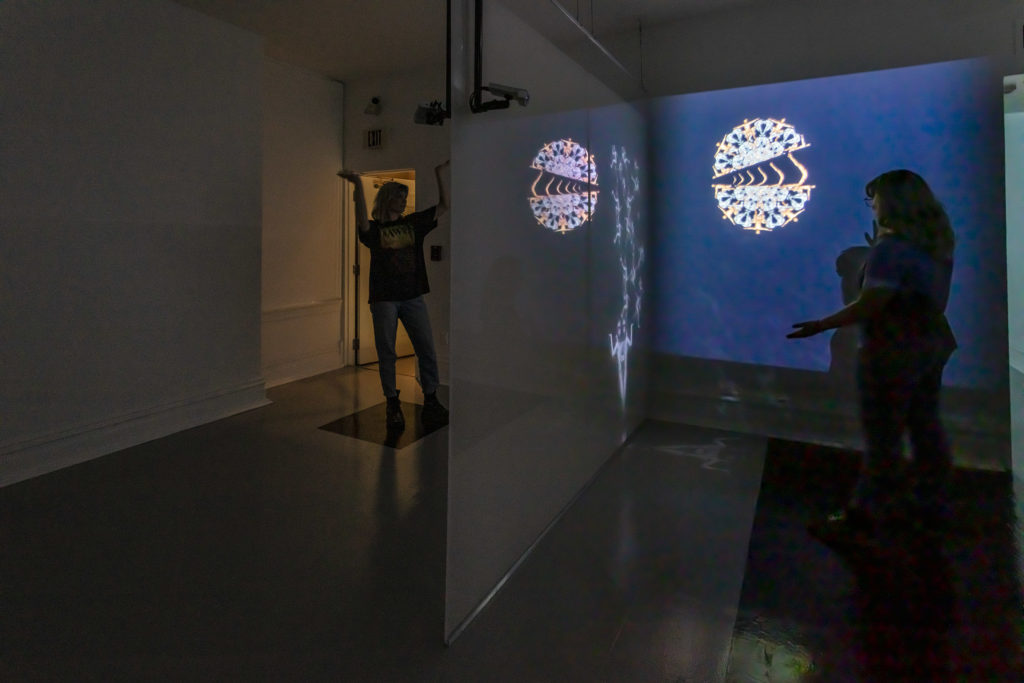 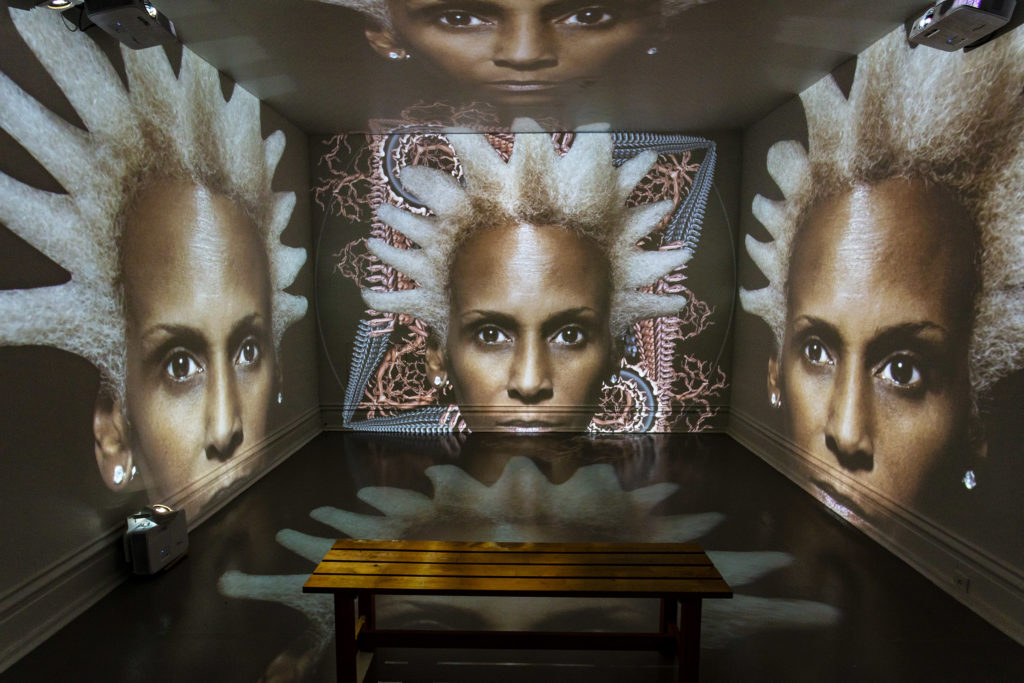 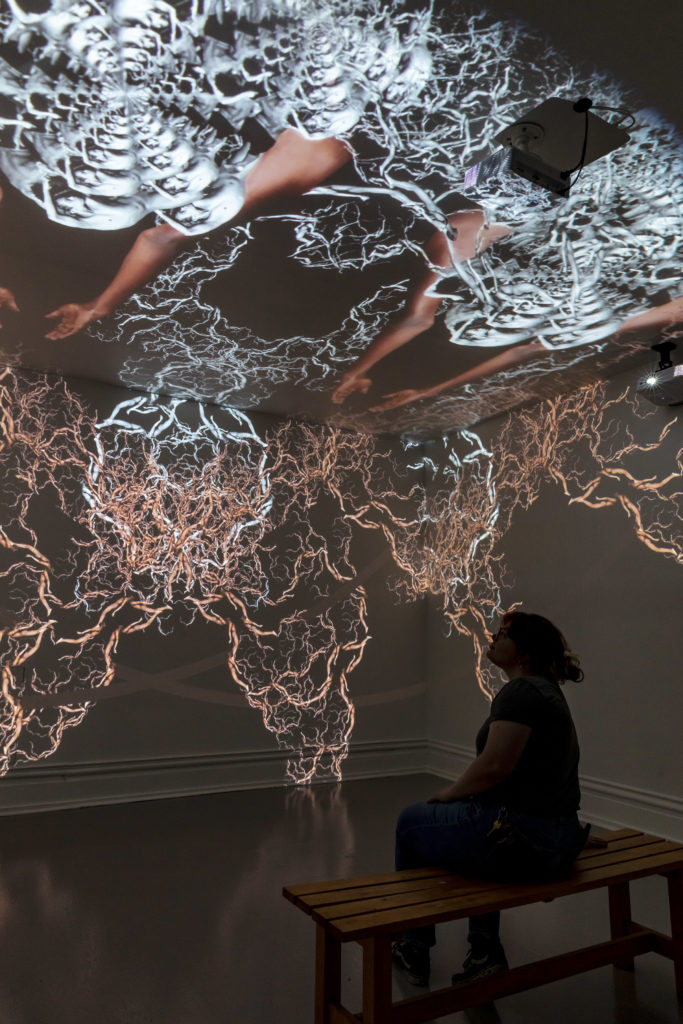 An immersive experience of Black Bodies in Motion, Soul Culture consists of digitally manipulated black and white portraits that display self-similar fractal-like patterns. They create sculptural kaleidoscopes of the human body while exploring the power of symbols as elements of collective imagination. Bridging the gap between the old and new technology has brought on new challenges and endless possibilities. The simplicity and connectivity of the fractal concept is meant to engage the viewer in a profoundly different way, bringing a certain peace, reflection and joy.

Best known for provocative images that have pushed the boundaries of art and popular culture, Renee Cox is a photographer, a sculptor, and an innovator. Cox is both heavily referenced and draws from a wide range of references ranging from traditional West African Art to Manet, Picasso, Avedon, Van Der Zee, and Bettye Saar. This rich collage of influences shapes her interdisciplinary process which utilizes heroism, nudity, religious imagery and female sexuality to deconstruct and re-imagine traditional notions of race, class and gender. Her larger than life self portraits boldly challenge patriarchy while celebrating the sacred feminine. For over 3 decades, Renee has captured herself and a colorful array of character in ways that honor tradition while expanding perspectives.

A Constant Struggle for Reciprocity

How Deep Is Your Love

Remnants, Portals and Power: The Afterlife