In the hallways gurgles rise from flower pots fitted with speakers which are covered with ash Up a flight of stairs a deep drone... 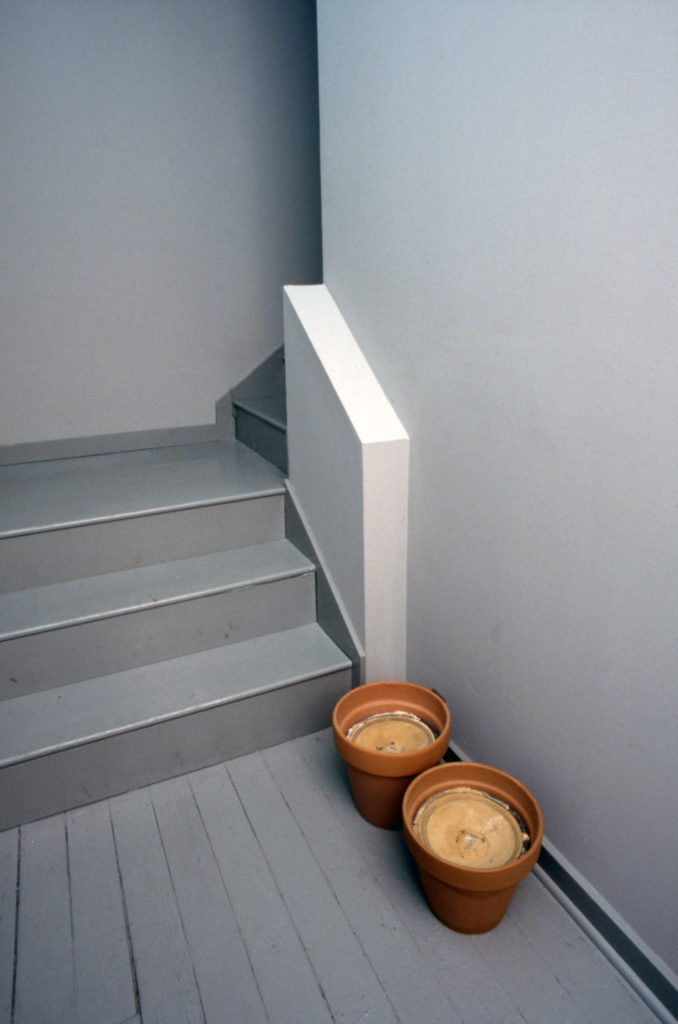 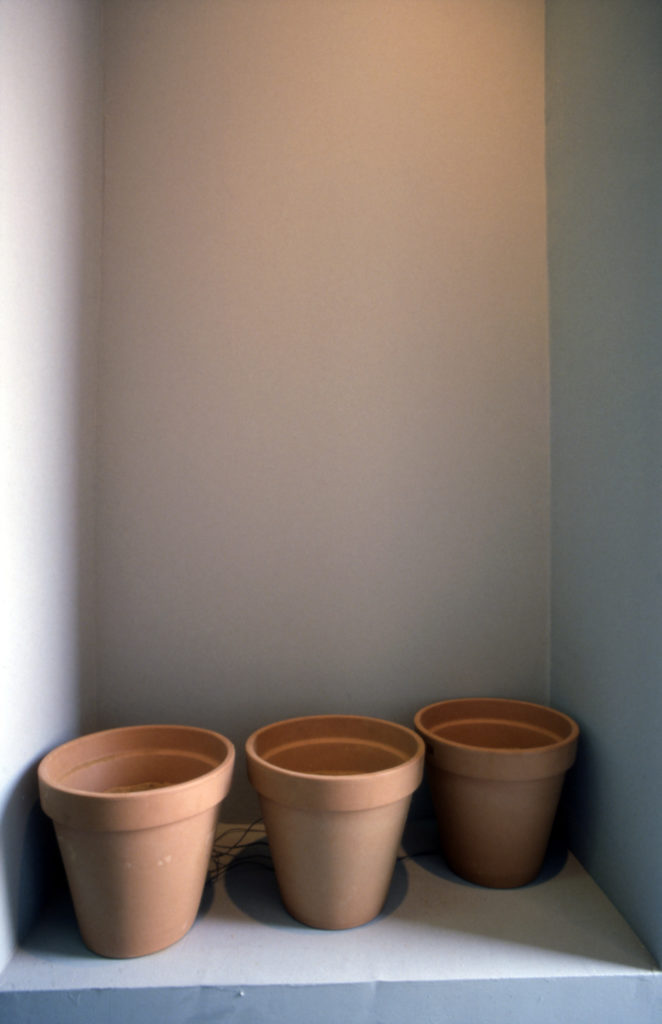 In the hallways, gurgles rise from flower pots fitted with speakers which are covered with ash. Up a flight of stairs, a deep drone rises intermittently from more flower pots.

And sometimes you could hear some deep and loud cello sounds coming from downstairs, they were kind of boiling and cooking inside two flower pots, which were filled with brown ash.