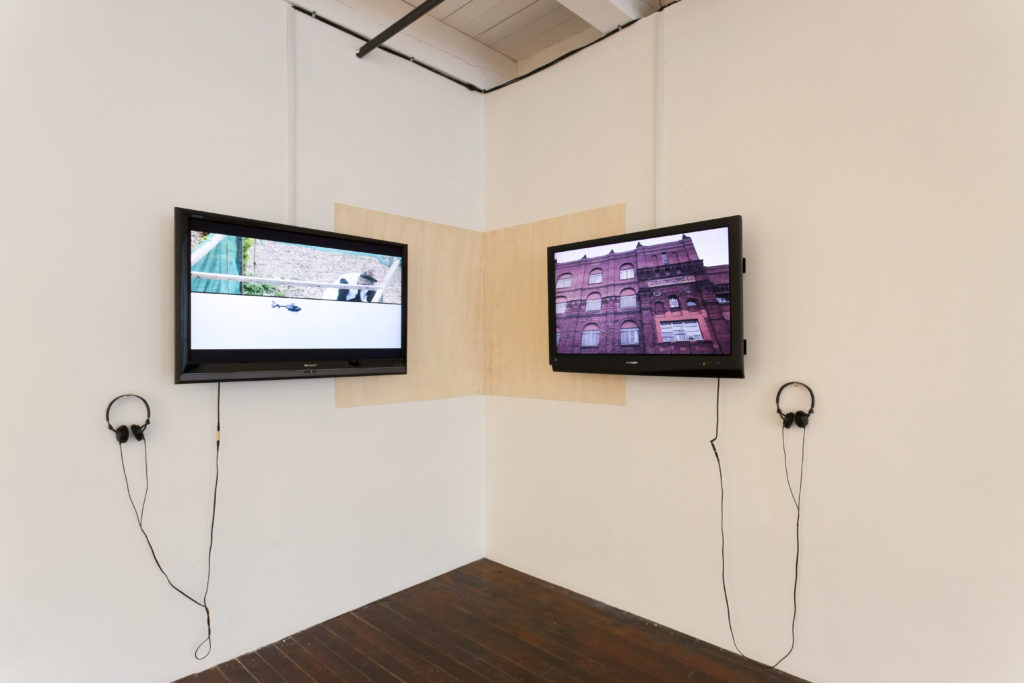 In Squatter Sovereignty Parallax view: Brewhouse, Pittsburgh, City Garden, Dublin two spaces are juxtaposed and represented in film; an independent studio complex on the Southside of Pittsburgh, and a community garden in the city center of Dublin. In removing themselves from the status quo each space has emerged and subsequently undergone transformation, from the planting of vegetables and growing community formed in a disused space within the city center, to the development of studio spaces and artists projects in an abandoned building. Presented on either side of plywood panels, the horizontal emphasis in the city garden film is contrasted with a vertical emphasis in the Brewhouse film. Both works represent the art of the decision, and the process of commitment, rather than the glory of victory. While each space is different there is a capacity to consider the relationship between them; one new in formation, one struggling to endure, this in-between-ness is referred to in the ‘parallax view’- an apparent shift in the position of an object caused by a change in the observer’s position providing a new line of light. In employing varied material in this project under the term ‘Squatter Sovereignty’ Loughran alludes to the potential for these spaces and for ‘squatting’ to take place in multiple spaces at multiple moments. In questioning what is the relationship between them the viewer is invited to consider both the contrasts and parallels between such sites and their potential in becoming.