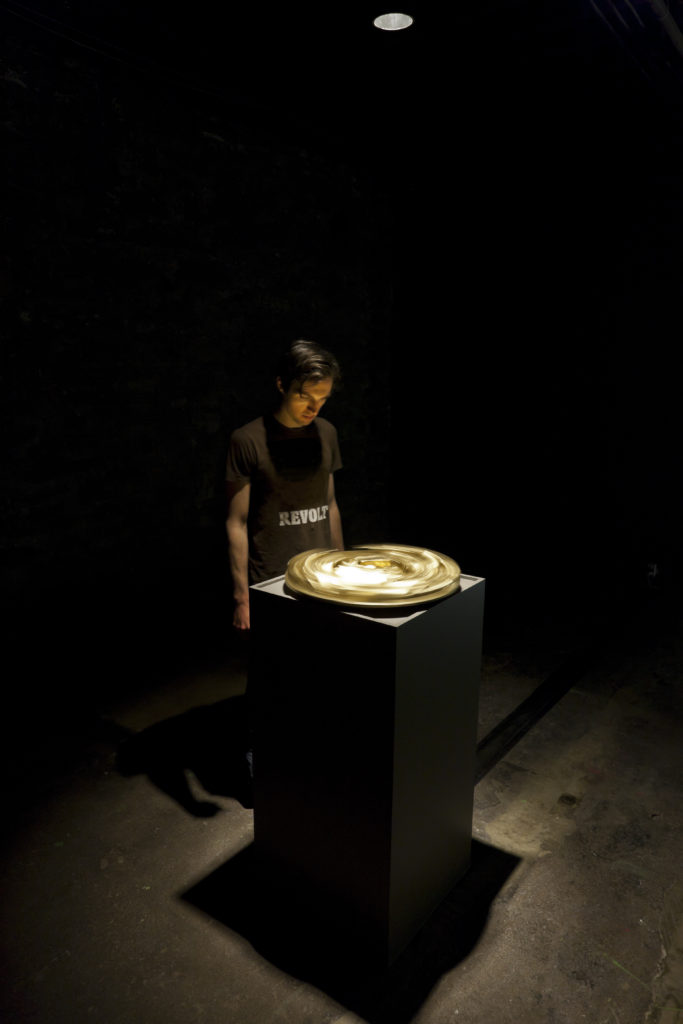 Squatter Sovereignty: Radical Love presents an almost jewel-like ceramic model of Tahrir Square in Cairo, Egypt. Activated by the viewer, the model turns and the sounds of everyday activities play out; cleaning the streets, praying, chanting and singing. The victorious form of the model recalls traditional state triumphant edifices, cast in gold and framed by dramatic lighting, yet this is a representation of a spontaneous neighbourhood which no longer exists, formed by people who refused to exist under Mubarak and stood in solidarity against his regime. By casting the techniques of victorious representation in the state, with the weak power of ‘the people’ against the state, the work closes the gap between official ornamental representation, and incomplete militant processes. In employing varied material in this project under the term ‘Squatter Sovereignty’ Loughran alludes to the potential for these spaces and for ‘squatting’ to take place in multiple spaces at multiple moments. In questioning what is the relationship between them the viewer is invited to consider both the contrasts and parallels between such sites and their potential in becoming.