Eight glass panels two feet wide and eight feet high were installed on a public plaza for a week in the winter The interactive... 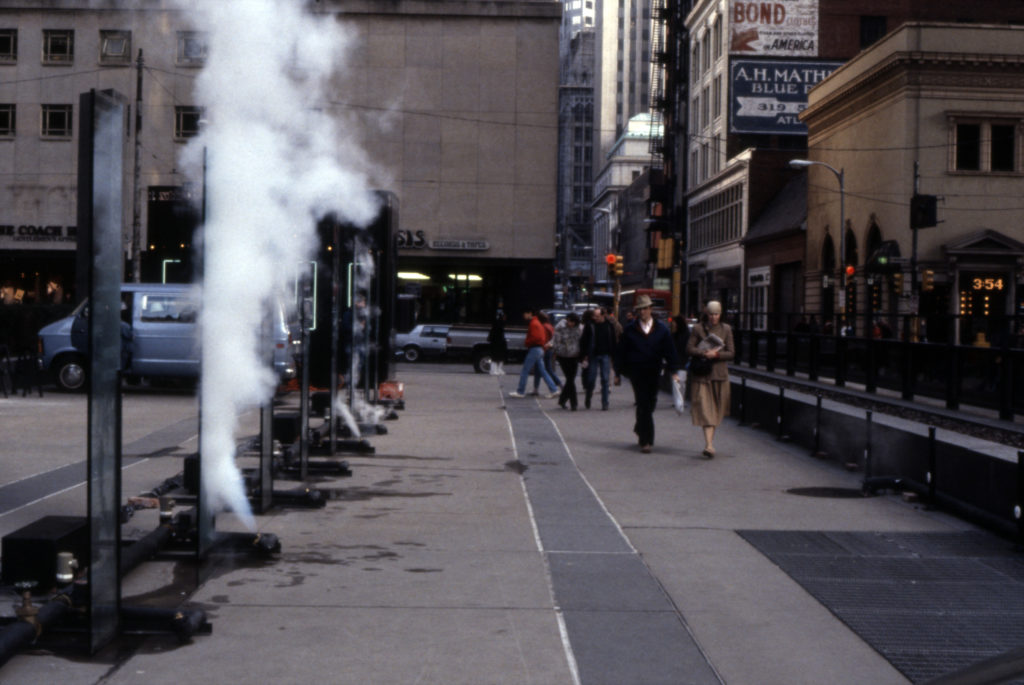 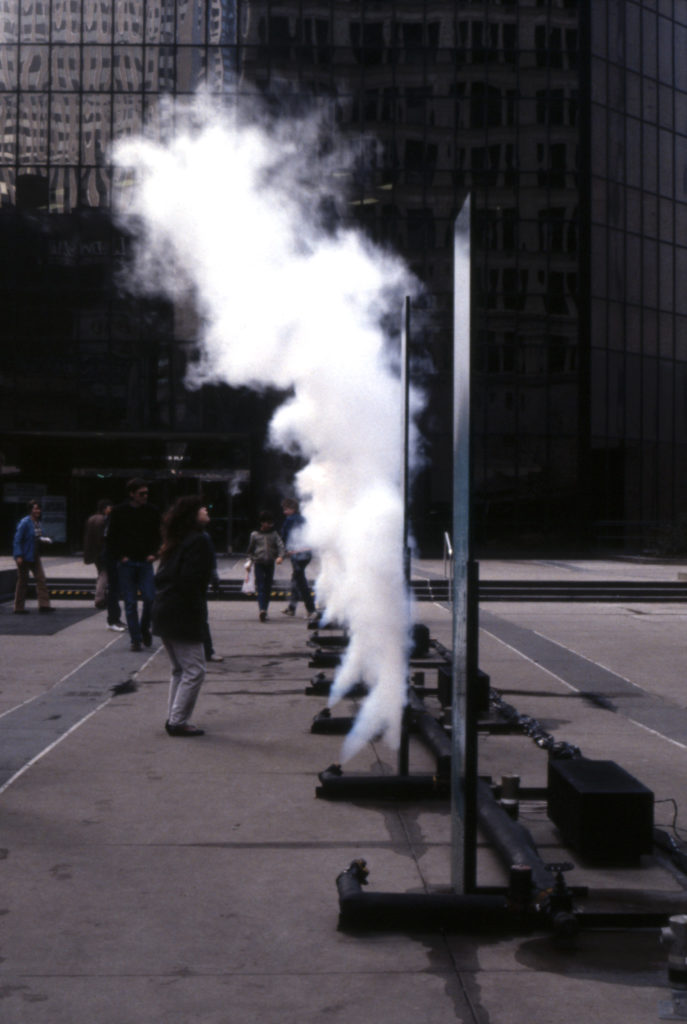 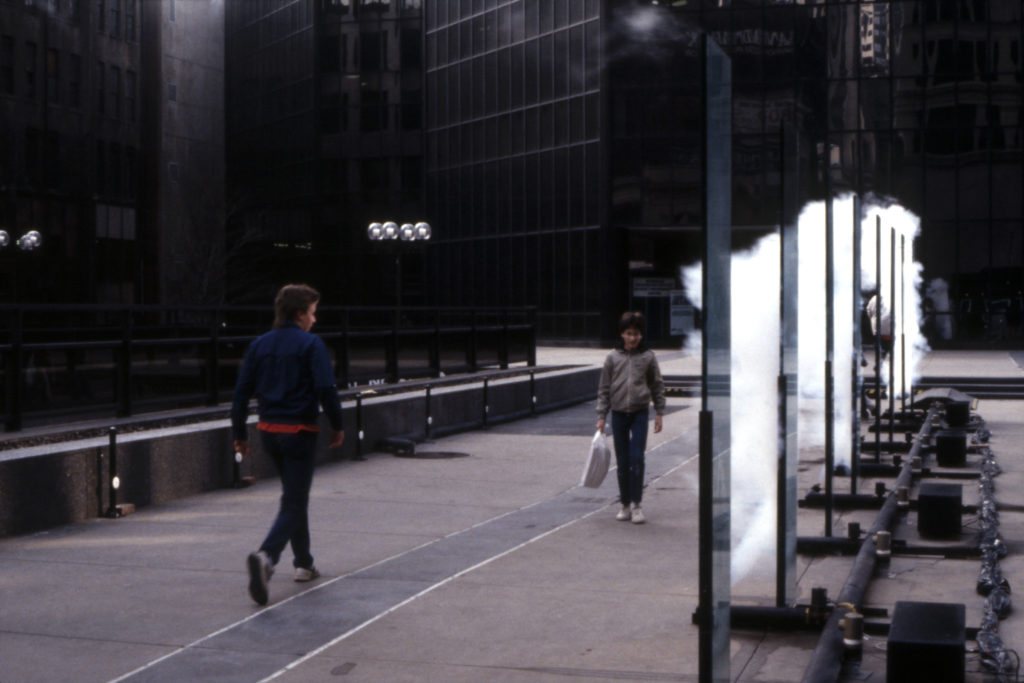 Eight glass panels, two feet wide and eight feet high, were installed on a public plaza for a week in the winter. The interactive performance sculpture was composed of three elements: steam, sound and poetry. As pedestrians walked by the eight upright glass panels, they interrupted photo-cell beams which triggered a succession of electronically composed sounds and activated jets of steam aimed at each panel. When the steam hit the glass, it revealed a series of poems by Emmett William sand-blasted into glass in block-letters several inches high.

Sounds of barnyard animals, jungle roars, hissing and whistles combined with traffic noises. At intervals, on each sheet of glass, the words slowly vanished, making way for the next burst of steam and more poetry.

The elements of Steamshuffle Pittsburgh are present in most large cities: glass of modern curtain-wall buildings, steam from public utilities, sound from radios and the city itself, and language from signs and advertising. These elements are reconfigured to make a work of public art entirely responsive to its public participation.

Steamshuffle Pittsburgh is  a place for self-expression: people walking, running, some with skateboards, rollerskates or bicycles, trigger this “responsive architecture,” creating a spontaneous dance of lively interaction.

Christopher Janney attended Princeton University for a BA in Architecture and received an MS in Environmental Art from MIT. He also studied as a Jazz Musician. He is a visiting professor for the Cooper Union’s Irwin Chanin School of Architecture and Pratt Institute. in 1980 he created PhenomenArts Inc.