Harnessing a MP3 player the latest vehicle of escape from one s immediate surroundings Carpenter evokes the experience of summer with recorded sound and... 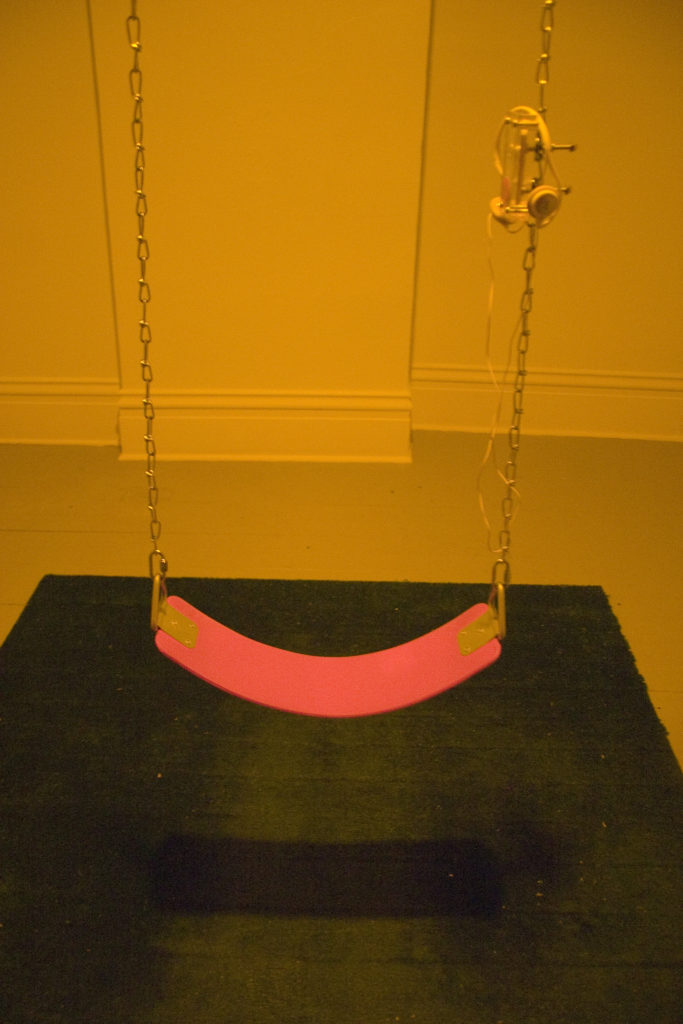 Harnessing a MP3 player (the latest vehicle of escape from one’s immediate surroundings) Carpenter evokes the experience of summer with recorded sound and the carefree weightlessness of the playground swing.

Jeffrey Carpenter is a Co-Founder and Artistic Director of Bricolage Production Company. The mission of the company is to create a way for audiences to become involved with the artists and their theatric adventurous experiences. This is intended to alter our perception of things as well as create connections. Carpenter seeks alternatives to more traditional theater models, resulting in work that explores dynamic and deep modes of connectivity, placing each audience member at the center of the experience from which everything else spins. In this style in 2018, he co-created The Clearing. In 2017, he co-created DODO, set inside and produced in collaboration with the Carnegie Museums of Pittsburgh. In 2014 he received a Visionary Artist award from The Pittsburgh Foundation to create OjO: The Next Generation in Travel, featured in La Jolla Playhouse’s 2015 Without Walls Festival. In 2012, he led the creation of the immersive work STRATA, named Top Production of the Year by the Pittsburgh Post-Gazette and featured on the cover of American Theatre Magazine. He conceived, produced and directed the Bricolage/Pittsburgh Filmmakers multi-media project In Service: Pittsburgh to Iraq, about the lives of local veterans returning from war, nominated for a Mid-Atlantic Emmy.

Hell on Earth for a Black Man

Excerpts from the Palace of Anxiety

Landscape of the Body: Poems