It is difficult to imagine Roman Ond k 8217 s installation in another place He found the ideal site in a utility outbuilding beside... 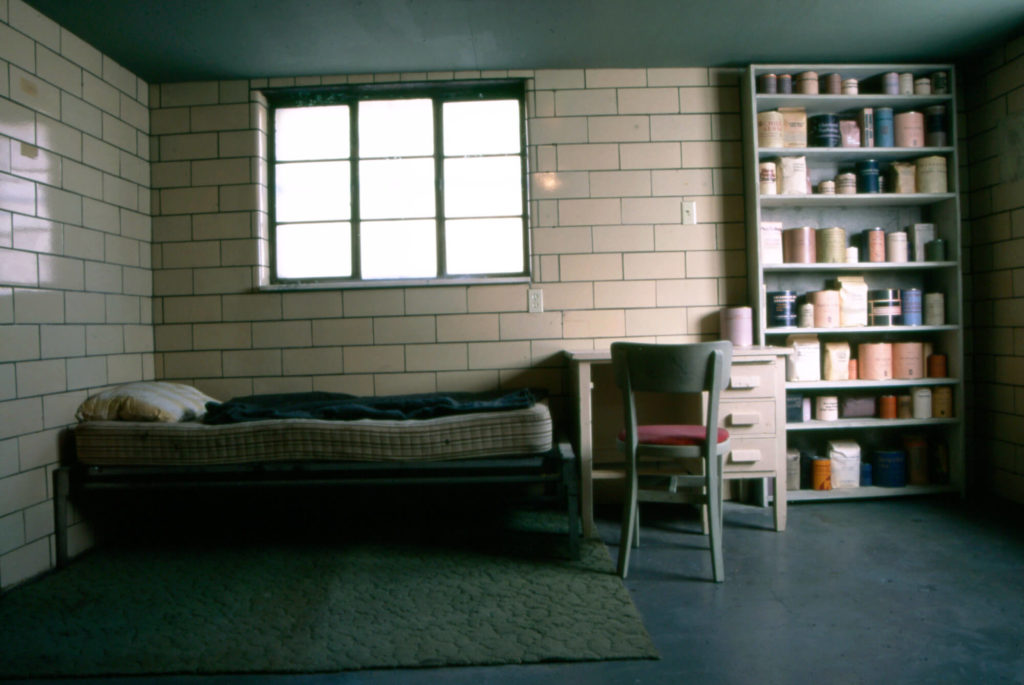 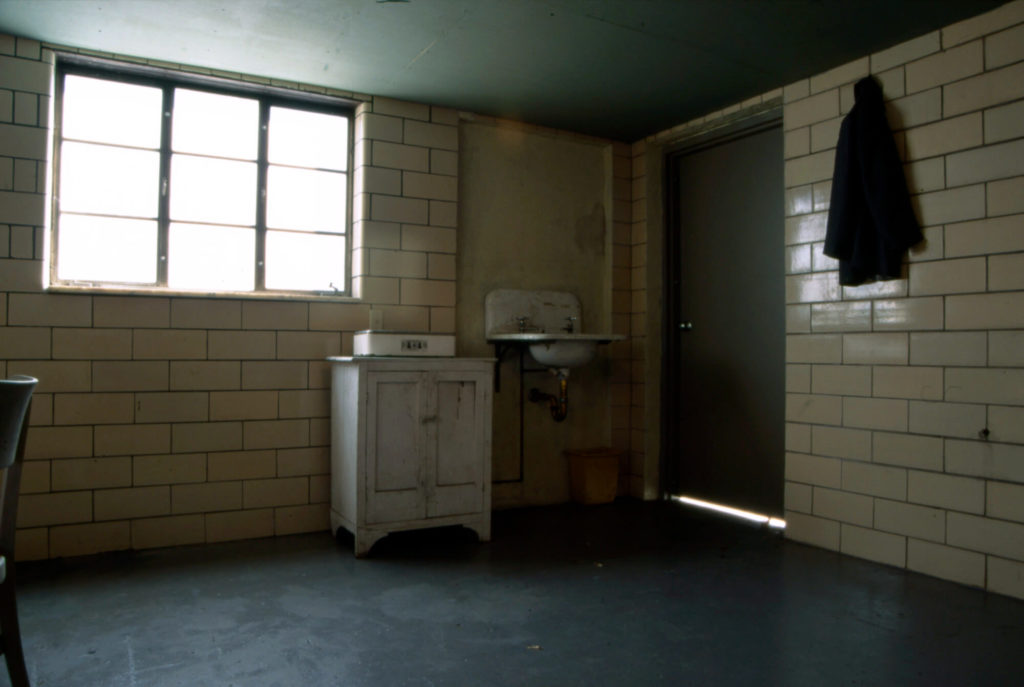 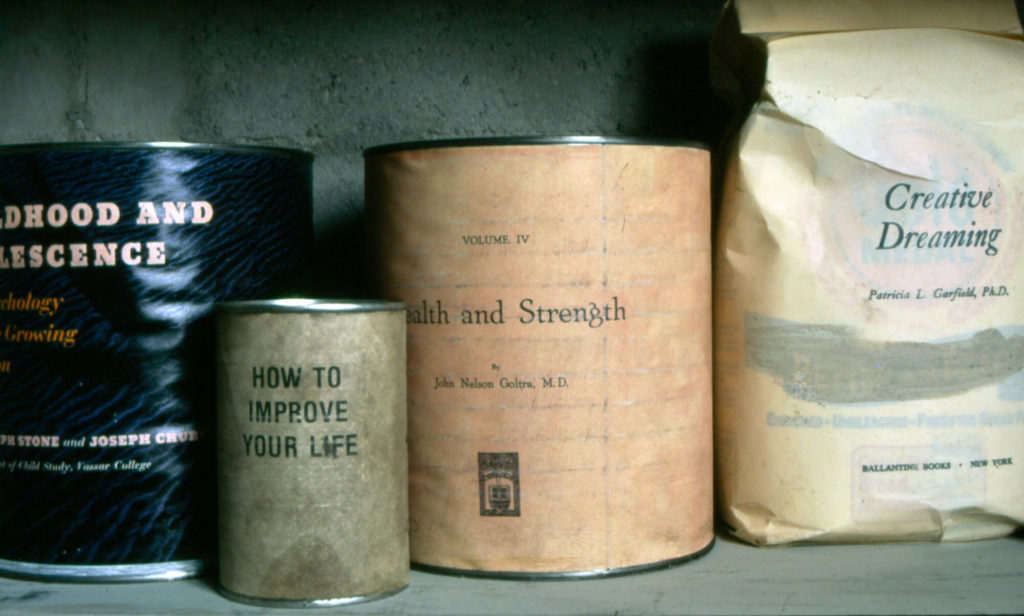 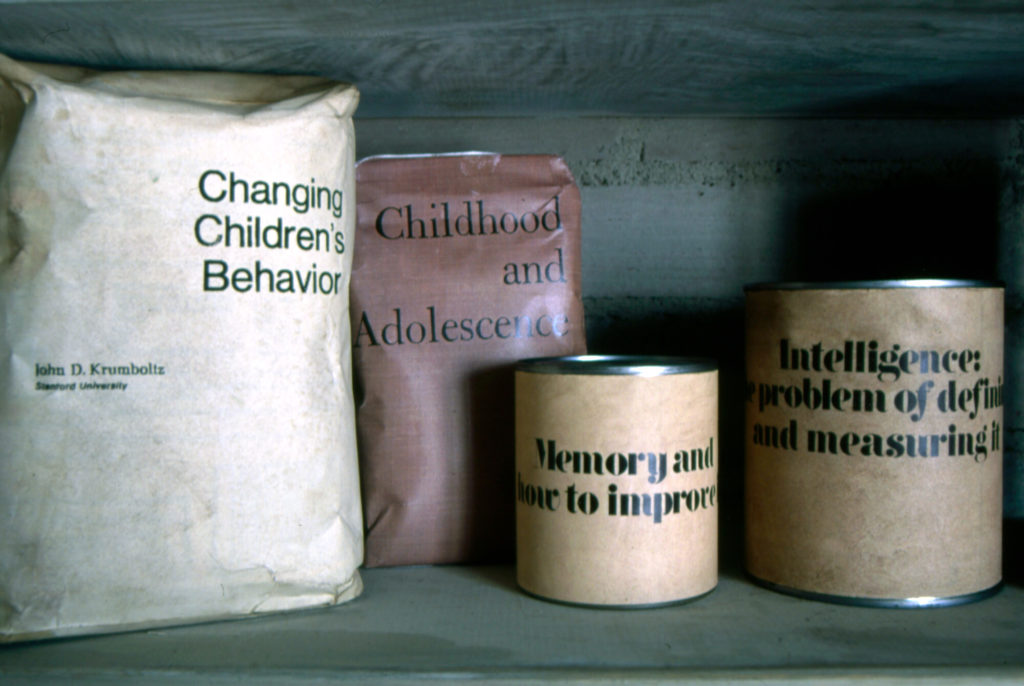 It is difficult to imagine Roman Ondák’s installation in another place. He found the ideal site in a utility outbuilding beside the Mattress Factory parking lot. Everything that suggested warmth and ease had to be removed. Ondák built a sterile and mean living space, lowering the ceiling and adding minimal furnishings to evoke an occupant whose life is limited and bounded. A bookcase is stacked with dry and canned goods The food labels have been replaced with book covers bearing the titles of psychology textbooks, meditation guides, and other kinds of self-help books. Ondák, who spoke of “mental cannibalism,” was examining the thing really necessary for life – food – but was playing with thoughts. He calls his installation Taste of Thinking.

My interest in working with the subject of abandoned rooms was the reason I chose this space for the installation. I arranged the room like “the cell of living” with a very reduced amount of furniture and a library in the corner. The contents of the library are dominated by the things in the space, specifying their relations. Books in the library are made up like food cans and packages with the book-like labels on them. I suppose that people will stay in the room longer reading some of the book titles and that way they will absorb the sensation of going into the mind of someone else living there.

Roman Ondák studied graphic design and painting at the Academy of Fine Arts in Bratislava. He also studied at Slippery Rock University, Pennsylvania; Collegium Helveticum in Zurich; the CCA in Kitakyushu. After the Velvet Revolution in Czechoslovakia in 1989 and the political changes that went with it, Ondák’s installations, performances, and drawings were shown in many international exhibitions, most recently at the Tate Modern, London, MoMA, New York, the 2009 Venice Biennial, the Kunsthaus Zurich, the Deutsche Guggenheim, Berlin, and the dOCUMENTA (13). Ondák lives and works in Bratislava.