My studies and research for the work are involved with the sociopolitical concerns derived from an aesthetic formalist, and educational perspective, infused with the arts, in the context of representing cultural history. 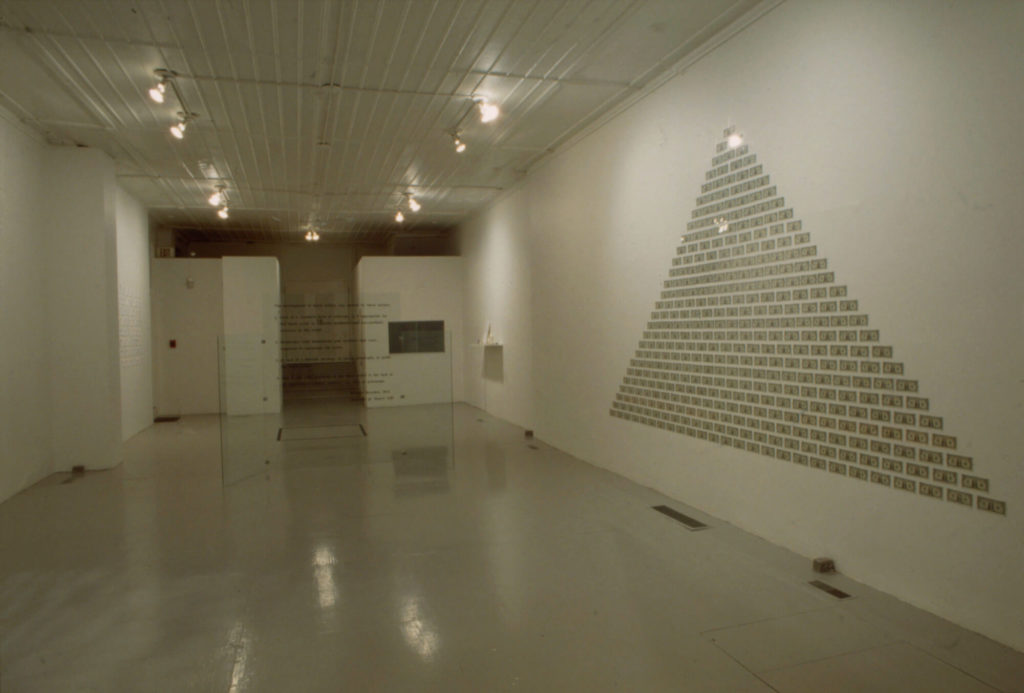 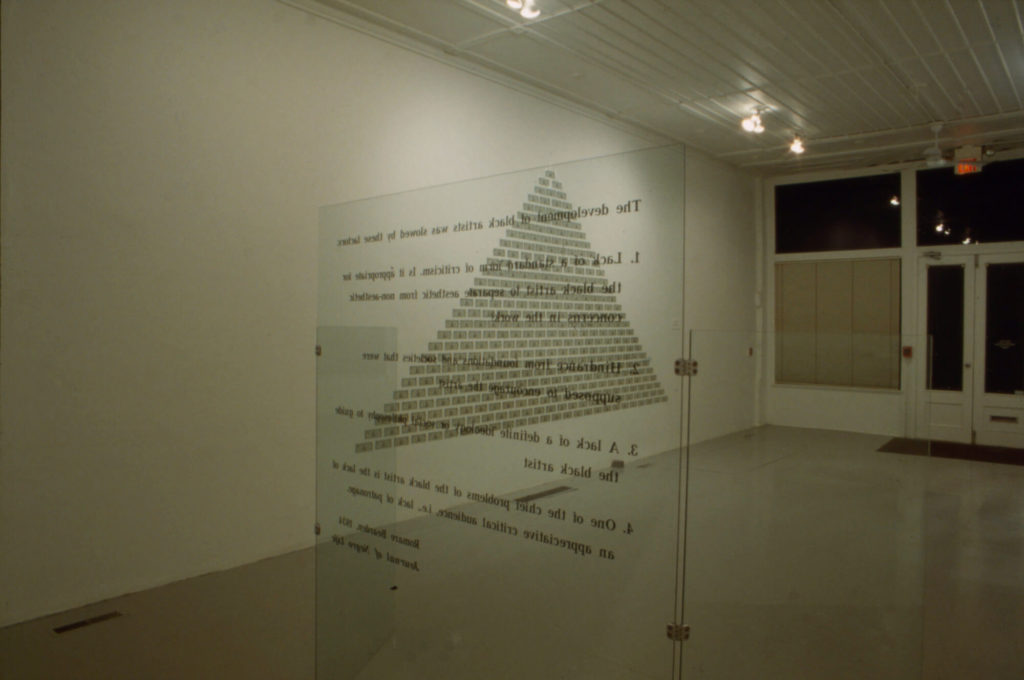 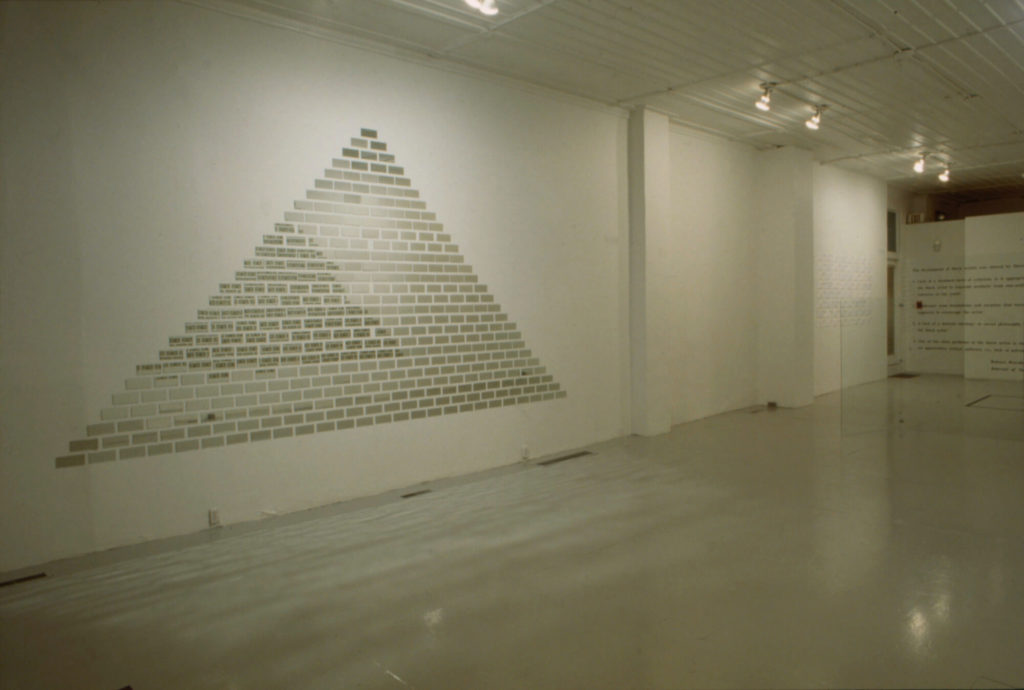 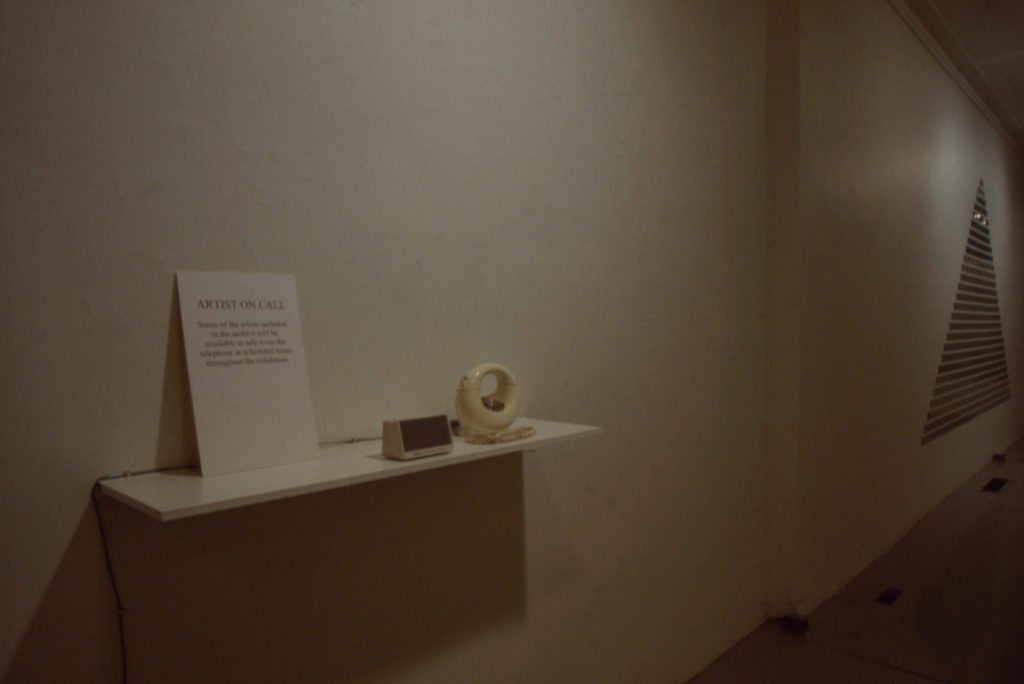 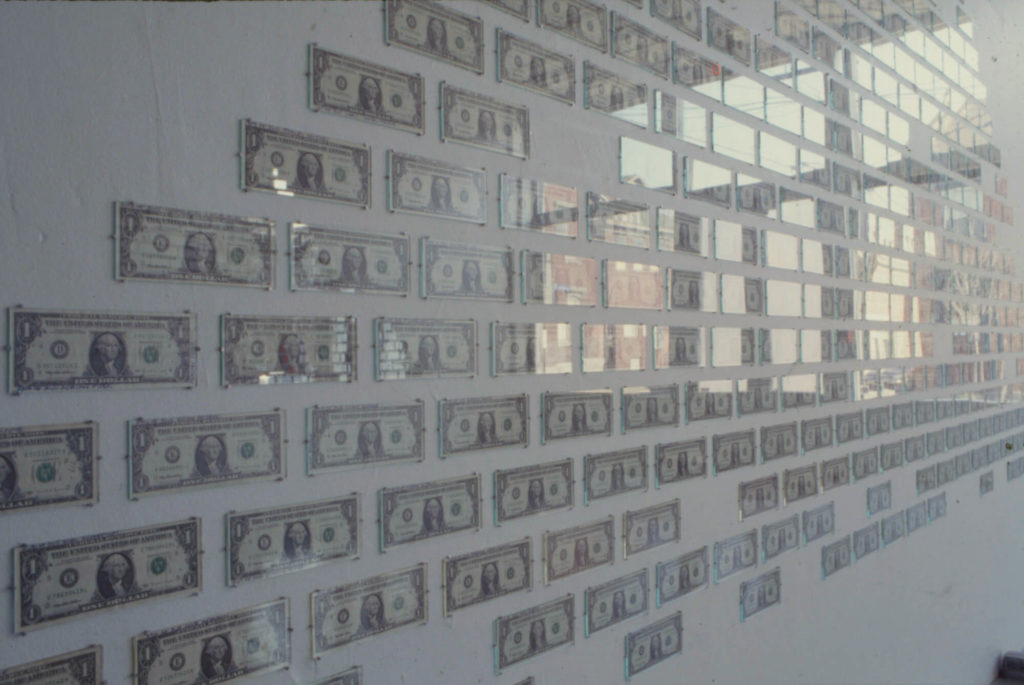 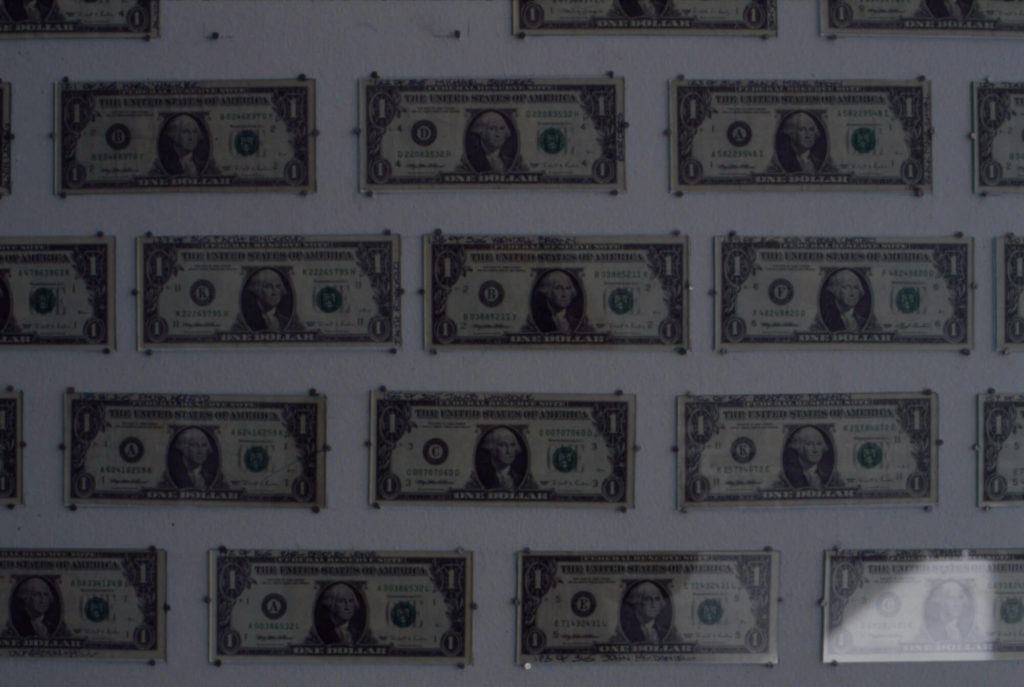 On October 10, 1998, the Mattress Factory received an envelope containing a one-dollar bill, mailed anonymously from Norwich, Connecticut. These mysterious bills continued to arrive each day. Each dollar bill had a different name written in its margin and an assigned number of 365. The first bill received read “2 of 365 Marlene Rogers.” The bill on November 14, “1 of 365 Leonardo Drew,” and so on. Mattress Factory staff soon determined that the names in the margins were of African American artists and artists of color. James Giordani revealed himself and his collaborative project proposal on October 22, 1998.

The Mattress Factory agreed to work with Montford on an ongoing installation to be located at 1414 Monterey. The first floor of the installation hosts the 365 artist dollars mounted in pyramid form. Another pyramid of dollar-sized mirrors on the opposite wall reflects both the pyramid of named dollars and its viewers. The following quote by Romare Bearden is installed on a glass divider: “The development of black artists was slowed by these factors: Lack of a standard form of criticism Is it appropriate for the black artist to separate aesthetic from non-aesthetic concerns In the work? Hindrance from foundations and societies that were supposed to encourage the artist A lack of ideology or social philosophy to guide the black artist One of the chief problems of the black artist is the lack of an appreciative audience, i.e. lack of patronage.” Romare Bearden, 1934 A Journal of Negro Life

A speakerphone installed in the gallery connects visitors to the Artists on Call, a scheduled event in which visitors and artists may converse. The second floor rooms contain the Artist Archives, an ongoing collection of files containing information provided by the artists, Mattress Factory volunteers, and interested visitors. Also on display are the Student Dollars, perhaps the most socially interactive, as well as enjoyable, component of the Artist Dollars Project. The students choice of medium ranges from graffiti mural renditions to collage and photo juxtaposition. The Mattress Factory encourages students to create a dollar commemorating one of the 365 artists.

My studies and research for the work are involved with the sociopolitical concerns derived from an aesthetic formalist, and educational perspective, infused with the arts, in the context of representing cultural history. This has been the focus of the work, which more specifically, is ongoing exploration and research to derive a cogent and meaningful process for the purpose of understanding the stereotyped image, its mythology, and ideology. Exploring these manifestations as they pertain to the demystification of the social/economic and cultural factors that continue to foster the existence of the African American Holocaust is essential to the work.

The Holocaust that I refer to here has not found its way into the common lexicon and, as such, is not viewed in its proper context. How many millions of Africans and African Americans have perished in the name of Christian slavery? There is no bitterness here, only the realization that my ancestors survived the horrors and indignation of Jim Crow. Therefore, my work is reflective of this process, and its investigation is designed to offer a discussion of what I have come to identify as the African American Holocaust. The work seeks to foster a transformative process for the viewer, one that might encourage sociopolitical change to occur. The direction of my work is further centered on universality and the pursuit of a humanistic ideology or model. While formalist issues are most important for the work to express its edginess, the work is founded in its melding of the formal with the contextual. It has been my recent experience that the representational direction of the work is often associated with advocacy. This is not the case. By producing the work I am not advocating its content but rather adding to the discussion through the chosen contextualization of the image.

The conceptualization of the work and its formal concerns are derived from post-reductionist constructs and their related spatial dichotomies. Earlier work, although nonrepresentational in nature, had a metaphoric reference to cultural sources. There is an effective, ambiguous nature to the work that aptly lends itself to the focus of the discussion on subjugation while still being interested in resolving formal conceptual issues. I am acutely interested in and fascinated by the issues raised by the work in addressing the false “universal” societal constructs – racism, community, and environments, their intersection with myth, their pervasiveness, and society’s unwillingness to unquestionably absorb them. I intend these works to be very fertile juxtapositions focusing on the deconstruction of stereotyped images as they relate to people of color, i.e. the Holocaust.

James Giordani Montford received a BFA from Brandeis University, a MA from Columbia University, and a MFA from the Maryland Institute College of Art.