In The Diagram Film Trilogy 1978-83 images exploded into fragments were reconstructed and exploded again against a soundtrack of music voices intoning lists of... 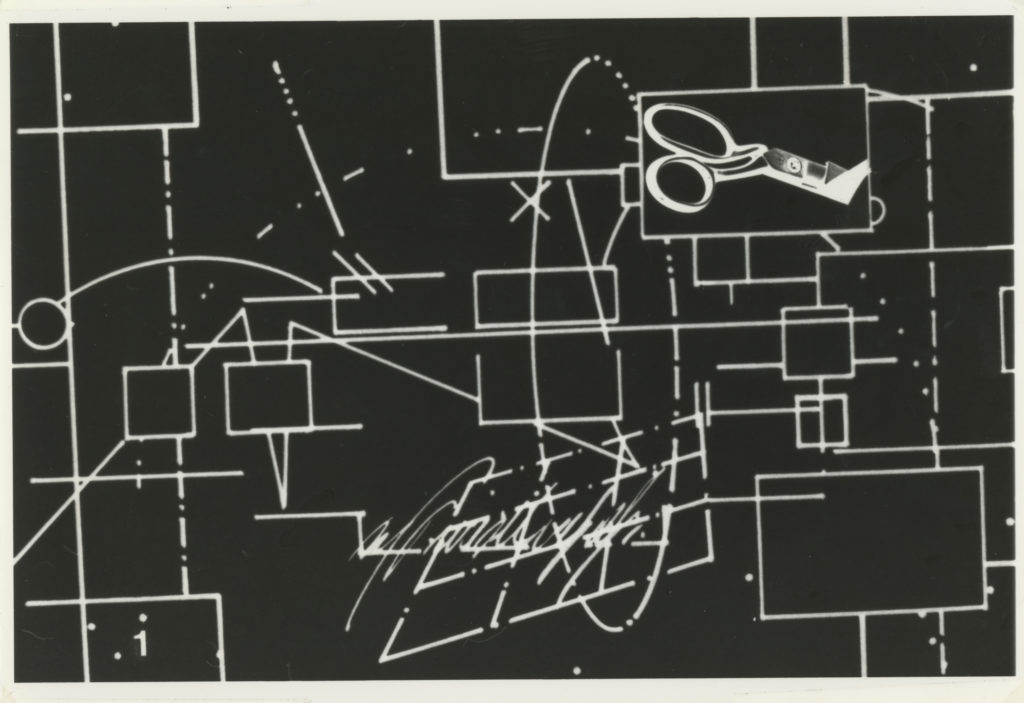 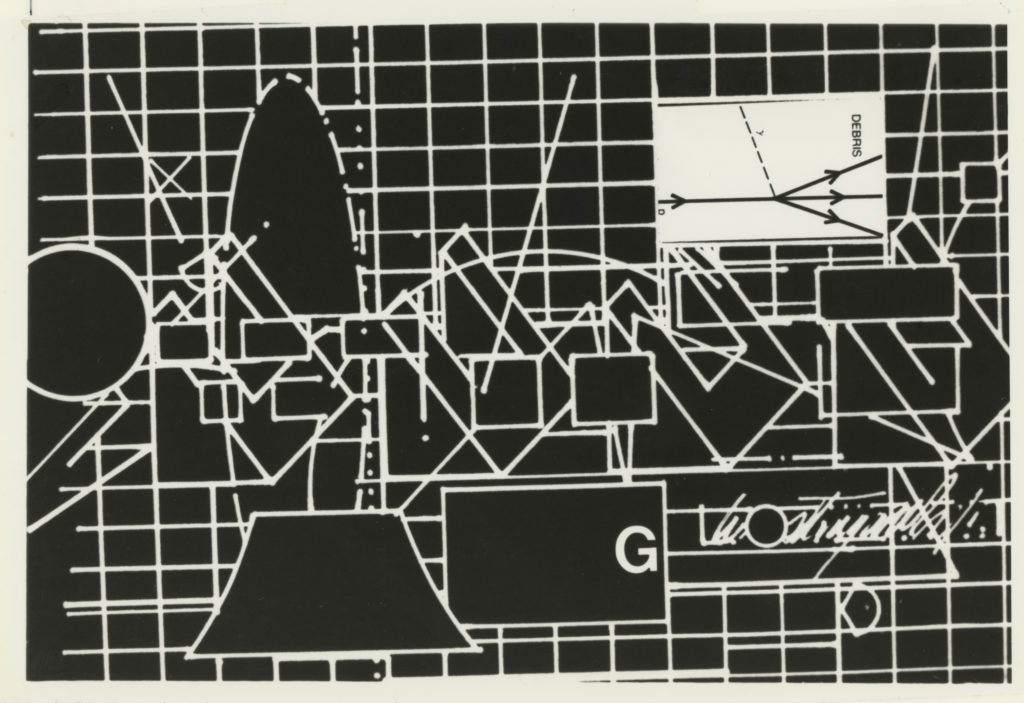 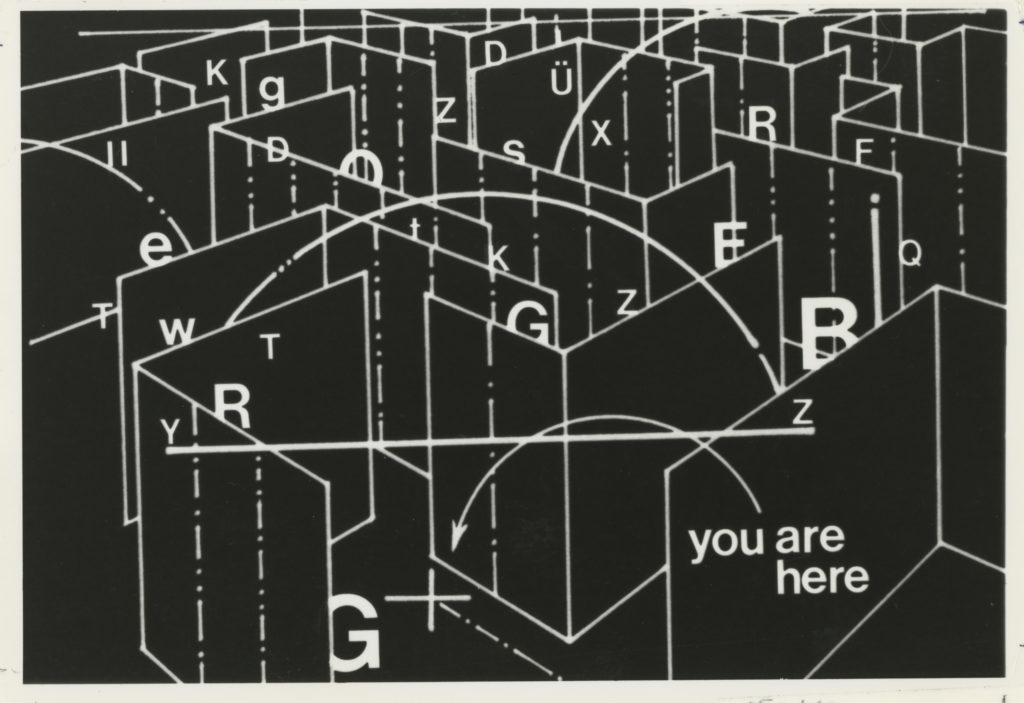 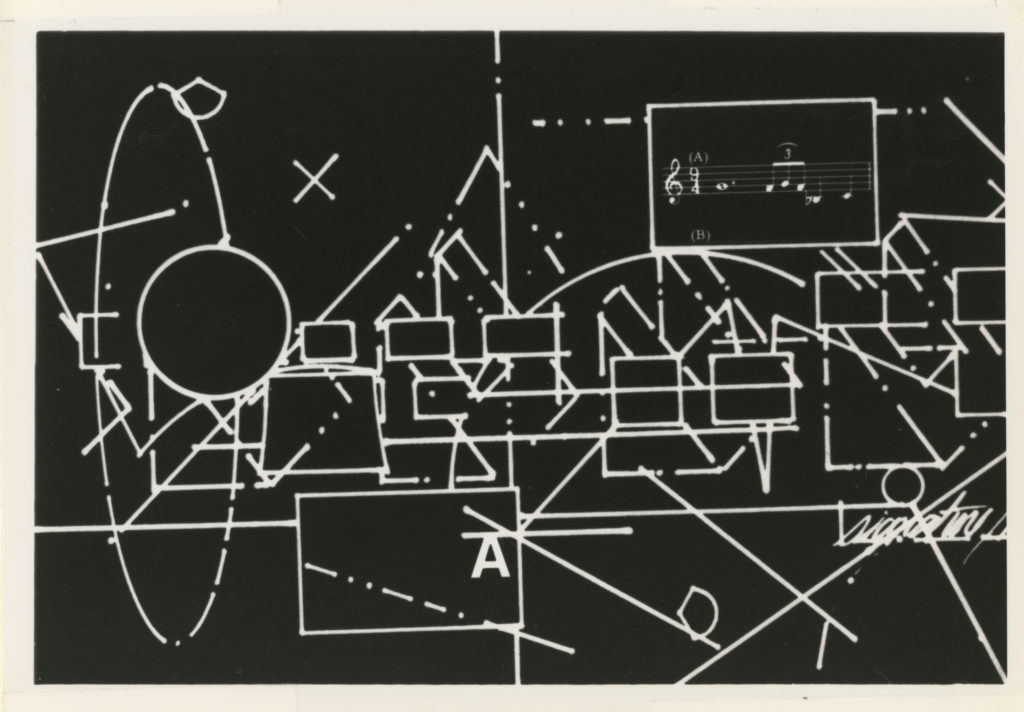 In The Diagram Film Trilogy (1978-83), images exploded into fragments, were reconstructed and exploded again, against a soundtrack of music, voices intoning lists of words, the sound of running water, conversation. Photographic images fell apart, turned into a geometry in black and white, came together again. The fractured shapes danced as objects on their own, and eventually no longer reverted to their original forms.

Film animation is a unique medium that combines aspects of photography, film, painting, drawing, music and dance. It demands a temporal sensibility as well as an awareness of transition and juxtaposition.

My own work is especially concerned with delicate thresholds between abstract and figurative representation, perception, memory, simultaneity and language. I view any given place, event or object as raw material encoded with diverse information to be recognized and broken down into constituent parts, which in turn become a vehicle for reinterpretation and the creation of new compositions. The “diagram trilogy” of films (first screened in its entirety as the Mattress Factory in 1984), Diagram Film, Five Improvisations and Film-Wipe-Film, was the result of this process. Each of my films is a king of visual/aural essay based on personal observations, experiences and memories.

My work has been described as a visualization of thought processes, or as musical suites or operas, as a further evolved or mutated form of Cubism, or even as a visual parallel to the writings of James Joyce. Such comments may be correct in part, but more simply, I see myself assuming the role of a sensitive and discriminating prism constantly attempting to reveal multiple aspects of things I see and hear.

Paul Glabicki career and creative work have been characterized by highly interdisciplinary activity centered in painting, drawing, and filmmaking, and extending into photography, installation art, video art, sound, and electronic media. His educational background includes a BFA in Painting from Carnegie Mellon University, and two MFA degrees (Painting, Filmmaking) at Ohio University. His exhibition career has included major film festivals, numerous individual and group screenings, and both national and international museum and gallery exhibitions. He has also taught and lectured as a visiting artist at institutions throughout the United States, Europe, and Japan. He has taught at Ohio University (1975-76), and is now Professor Emeritus, University of Pittsburgh.

Much of his work has been involved with issues of time, motion (actual or implied), temporal experience, perception, analytical observation, thresholds of figurative and abstract representation, language systems and semiotics, methods of analysis and interpretation, and transformation of found images, thematic material or actual sites. His work has been exhibited internationally. A selection of exhibitions includes: the New York Film Festival at Lincoln Center; Cannes Film Festival; Museum of Modern Art, New York; the Whitney Biennial; the Venice Biennale; the Image Forum, Tokyo; Hirshhorn Museum, Washington, DC; and The National Gallery of Art, Washington DC; the Academy of Fine Arts, Vienna; The Canadian Center for Art & Architecture, Montreal; The Art Institute of Chicago; Los Angeles Film Forum; California Institute of the Arts; The Center for Contemporary Arts, Cincinnati; The Museum of Art Oviedo; Spain; American Museum of the Moving Image; Itoki Gallery, Japan; the Hiroshima International Animation Festival, Japan; Carnegie Museum of Art, Pittsburgh; ZKM Museum of Contemporary Art, Germany; Foundation for Art and Creative Technology, Liverpool; Art Miami; National Gallery of Art, Vilnius, Lithuania; and the National Taiwan Museum of Fine Arts. His work is included in the archives and collections of the IotaCenter and the Motion Picture Academy Archives in Los Angeles; the Motion Picture Academy’s Margaret Herrick Library in Beverly Hills; the International Animation Library of Japan; the ASIFA Animation Archive in Berlin; the Anthology Film Archives, New York, and in numerous museum and private collections. He is represented by Kim Foster Gallery, New York.

Throughout his career, Glabicki has received numerous awards, prizes, and honors for his work, including a Guggenheim Fellowship, and grants from the National Endowment for the Arts, American Film Institute, and Pennsylvania Council for the Arts. He received the Ohio University Alumni Medal of Merit for Achievement in Film, Art, and Education. In 2001, he was honored as “Artist of the Year” by the Pittsburgh Center for the Arts. His work is also cited in numerous books and publications on film, film history, art and solo/group exhibitions.