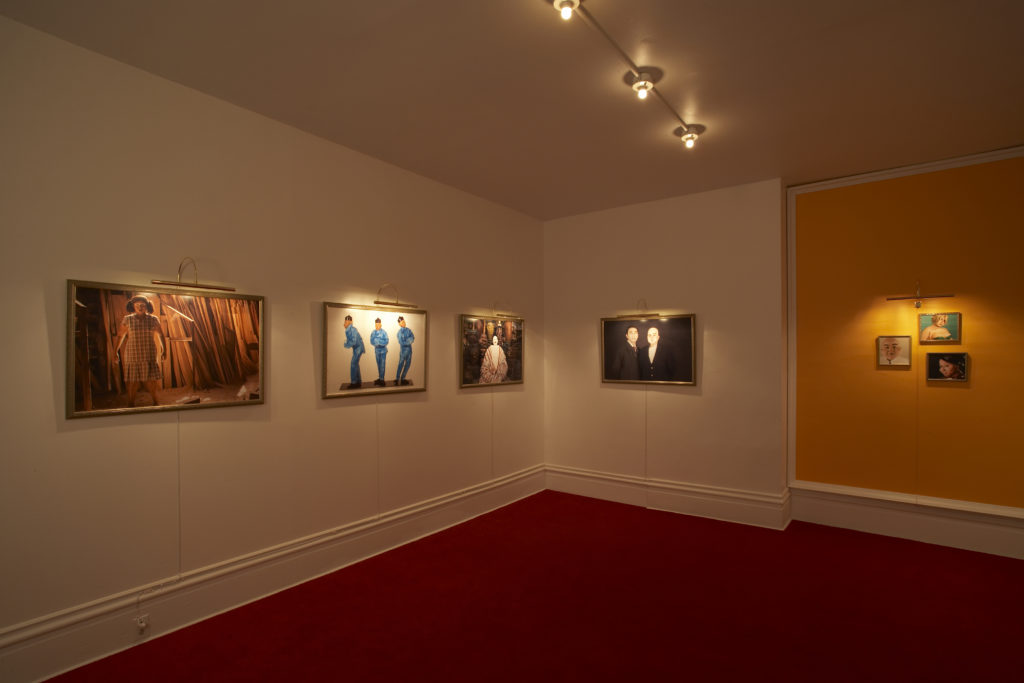 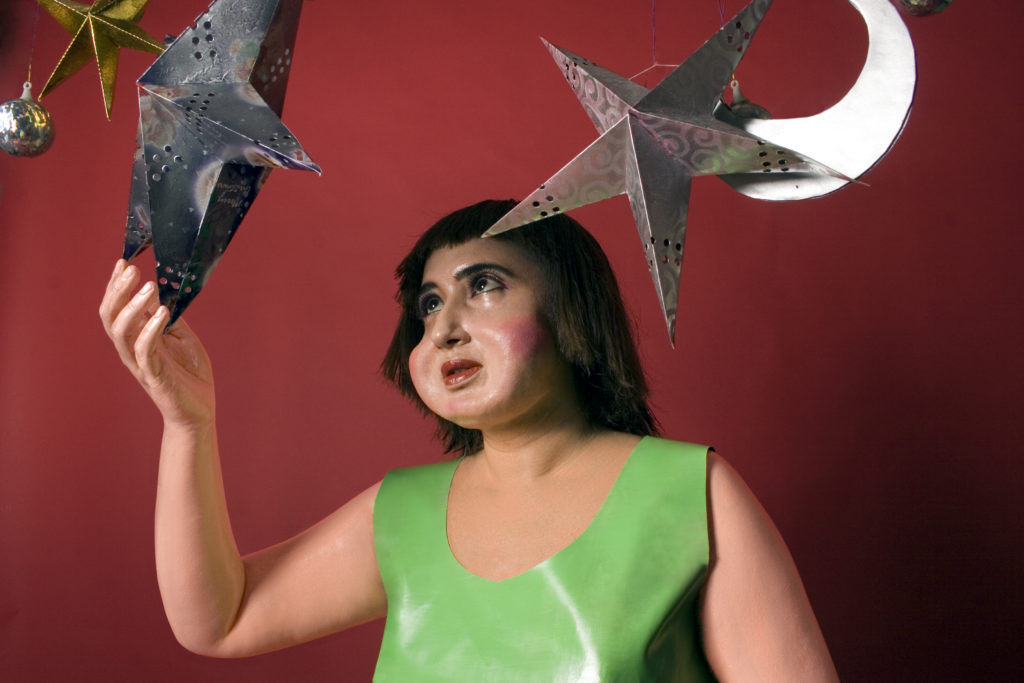 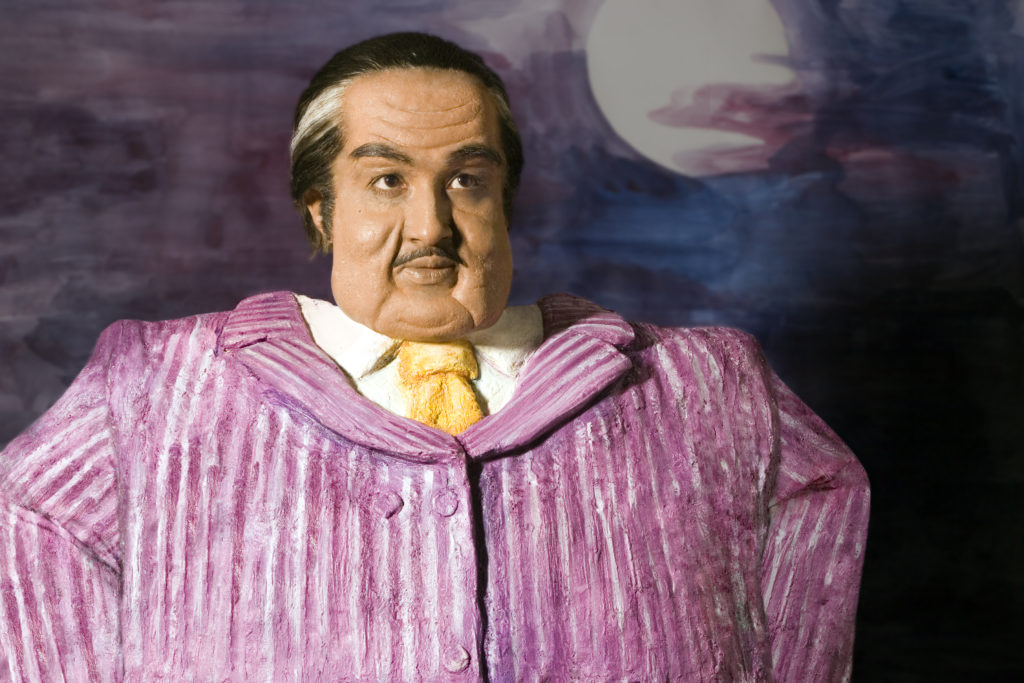 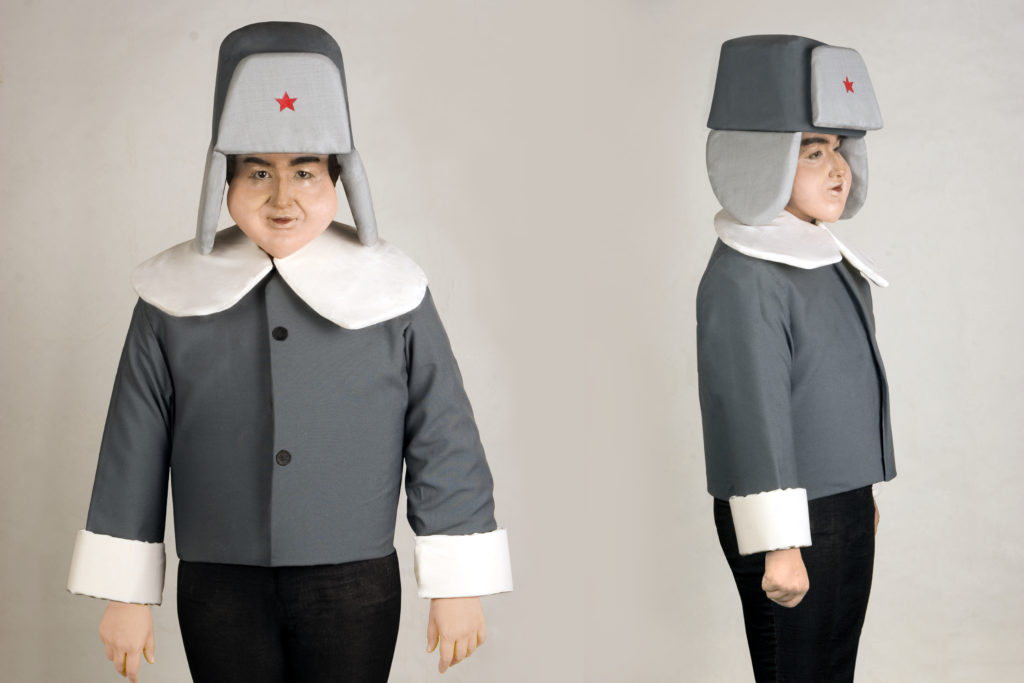 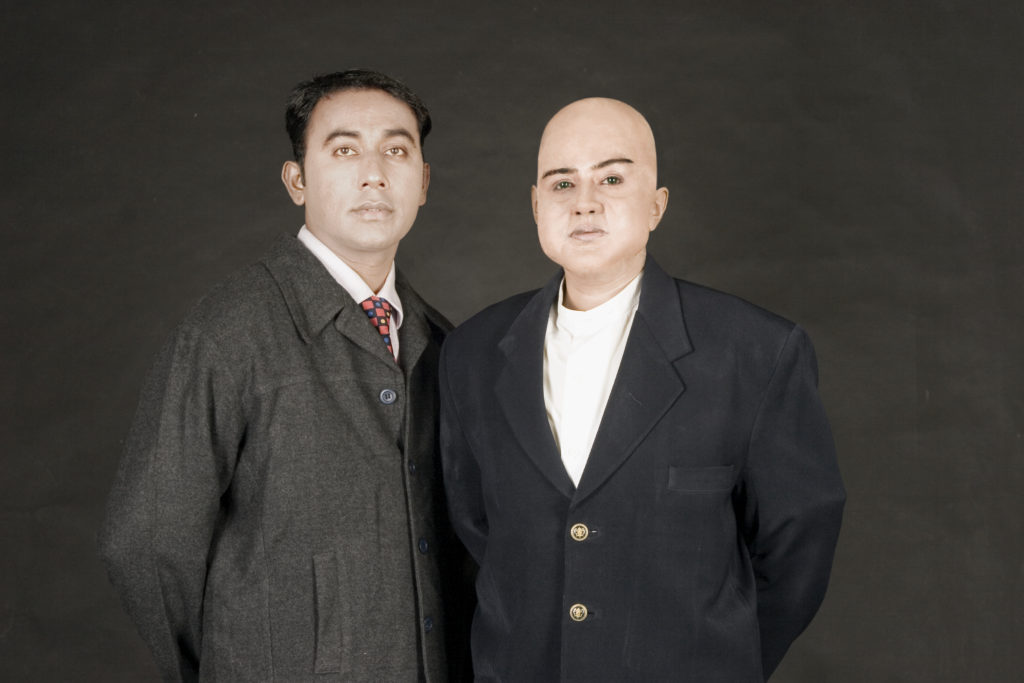 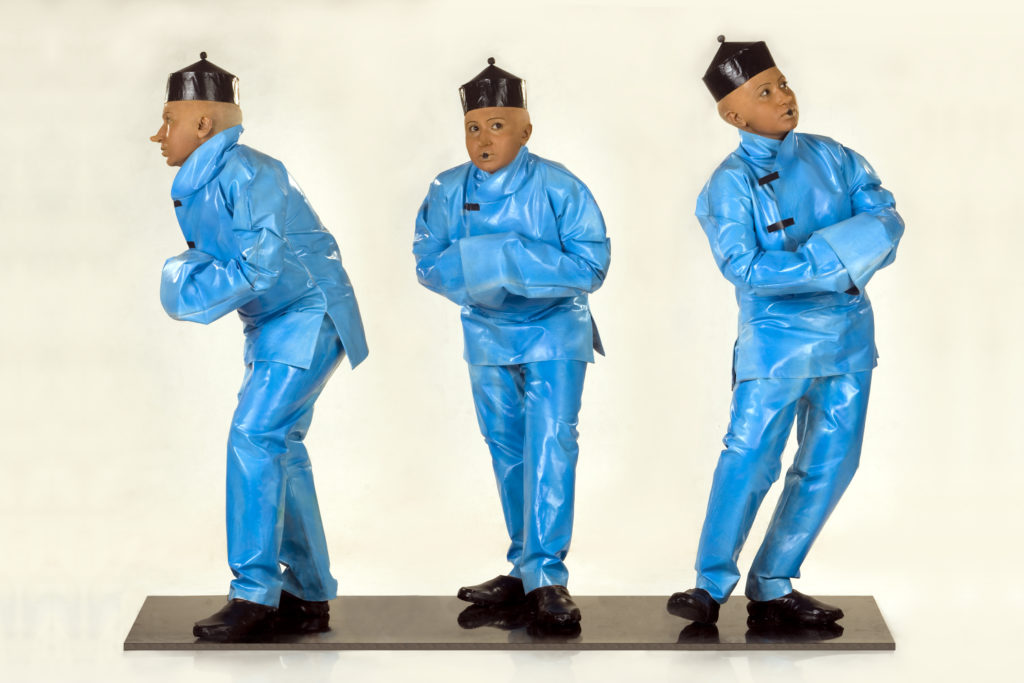 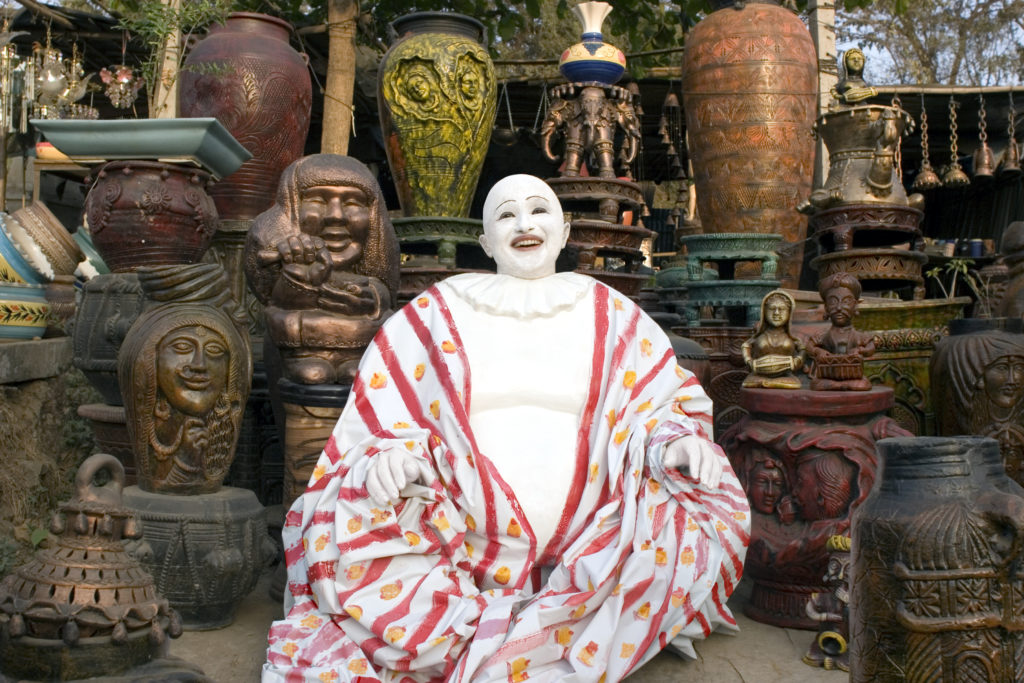 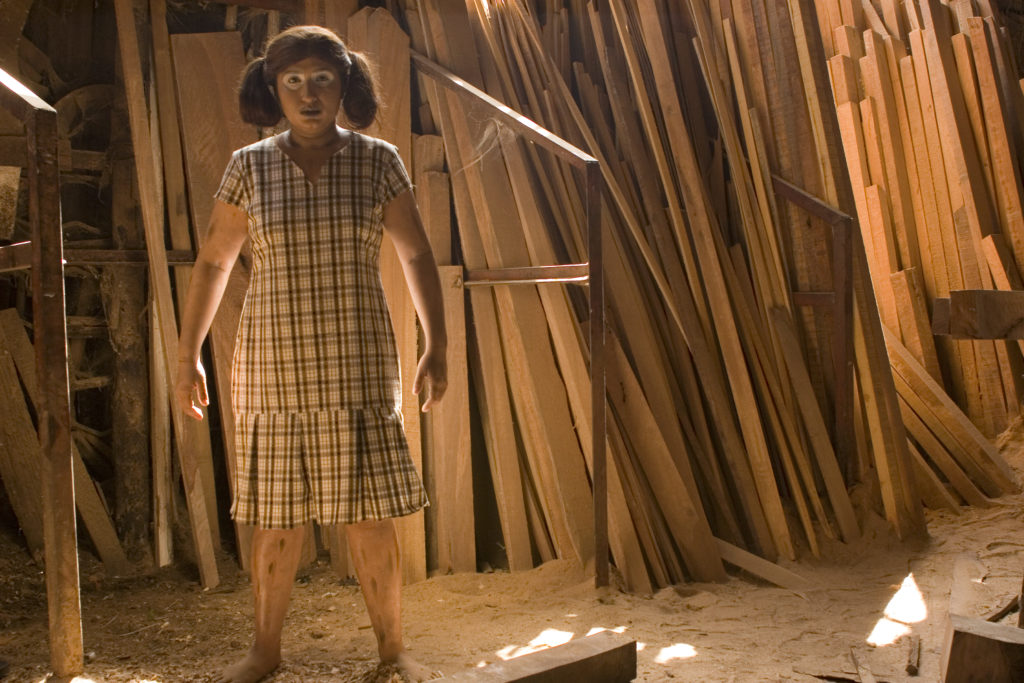 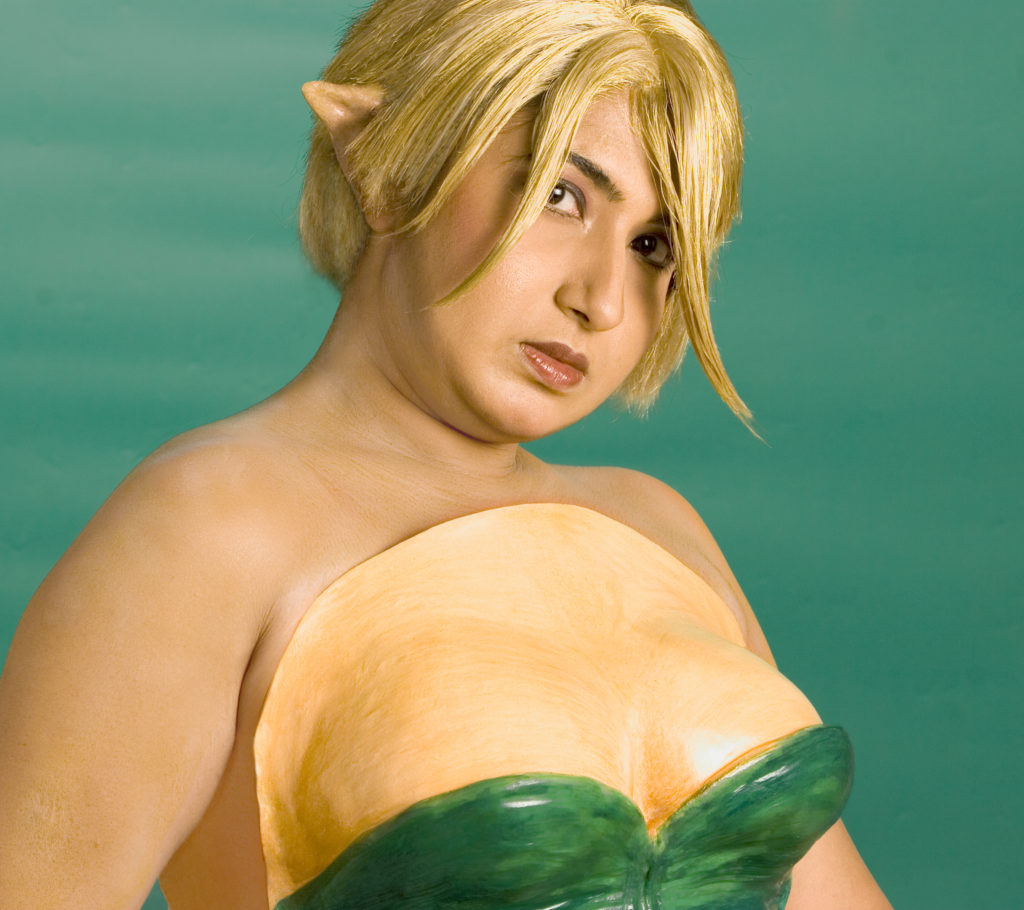 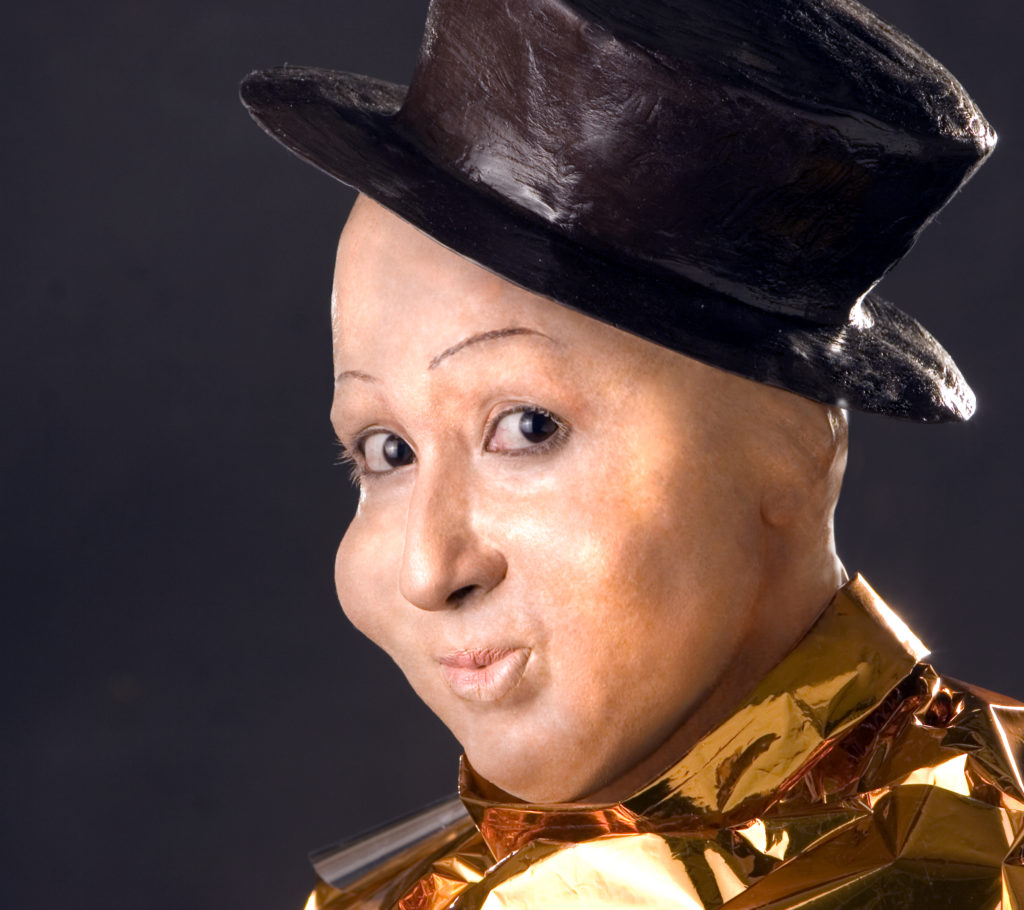 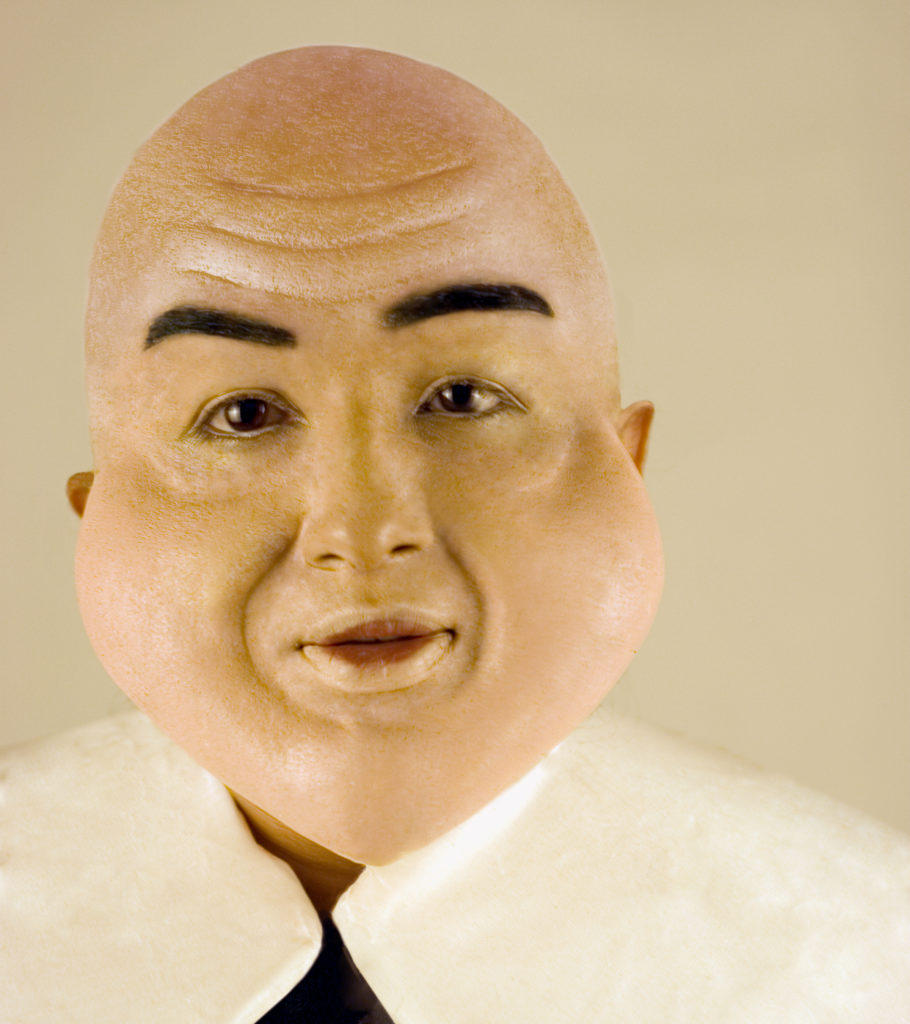 Mansi Bhatt’s work locates itself within the world of performance and photography. The characters that she inhabits in her work are drawn from a combination of reality and fiction. Her practice has evolved over the last ten years and has included solo shows in India and the United States as well as residencies at various spaces including the Mattress Factory in Pittsburgh in 2007 and The Watermill Center in New York in 2005. The staging of the photographs are usually extraordinarily elaborate tableaux, and in her most recent solo show, she took on the environment of small town India. A Suite was shown in September 2009. The final images are compelling as they disrupt easy readings as to what in the photographs is real and what is fictitious.

Uncertainty of objects and characters and her constant inquiry toward “belonging” are important elements to Bhatt’s work, as is the idea of “travel.” Her intensive performances often leave her body bruised and bleeding. For example, in her performance Bulldozer Yatra, Bhatt traveled on a bulldozer from Borivali to Azad Maidanin in Mumbai, digging the land into which she threw her own body. The piece opened many questions about territory and its negotiations.

Prosthetic and makeups have played an important part toward creating an alienated reality in Bhatt’s work, and her targets have included burned-out celebrities, super heroes, and even art world insiders. This last category places Mansi in a rare category among artists in the subcontinent who have turned their gaze inwards onto the politics of the art scene as it has played out in the last decade. Her works, which have critiqued both the male domination and self-censorship in the art world, have taken on an iconic status and will undoubtedly be seen as vital art historical moments in the maturing process of the Indian art scene.

In her recent performance KALKInama at the 12th Shanghai Biennial, Bhatt presented herself as a love warrior—part Hindu god, part warrior, prat lover—inviting people to write love secrets on her satin cape.