The Ghost Train is an art installation that serves as a metaphorical journey into another state of consciousness The characters are frozen in time... 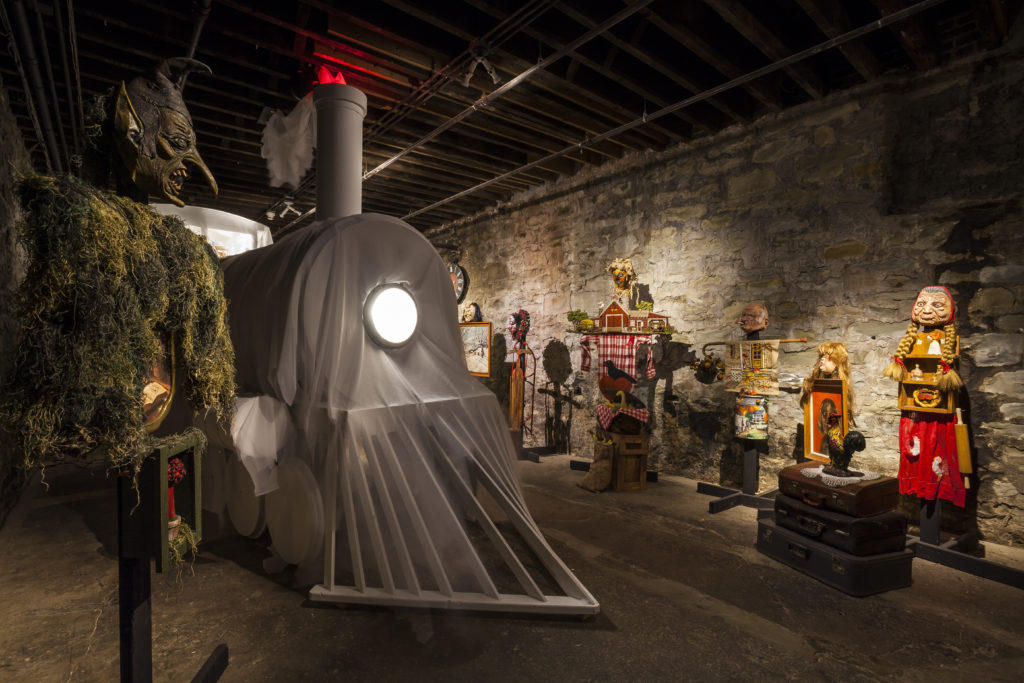 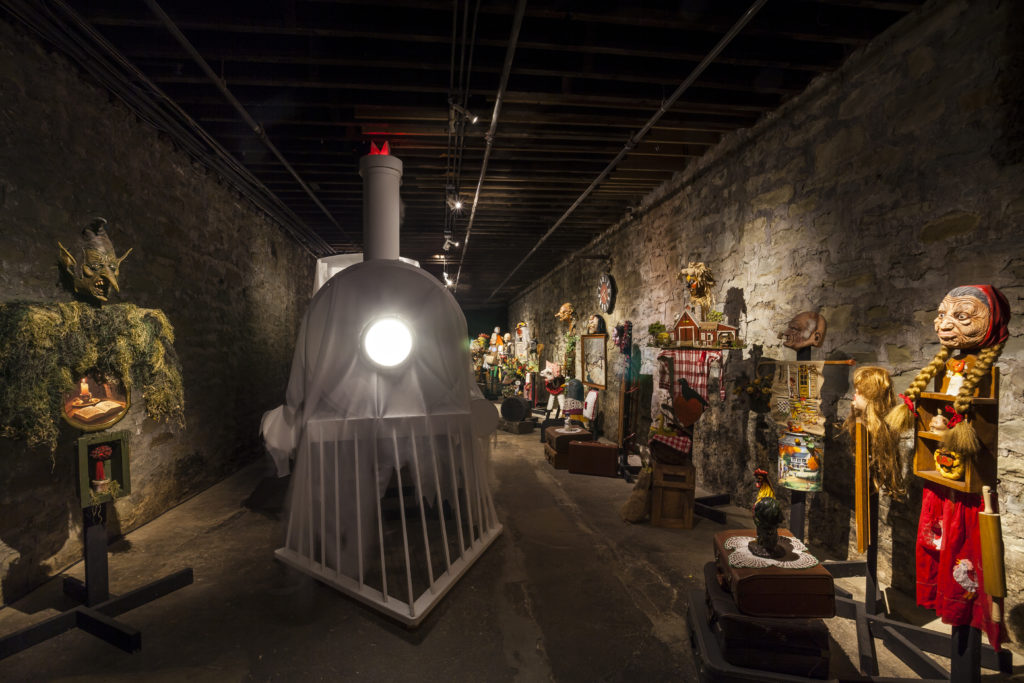 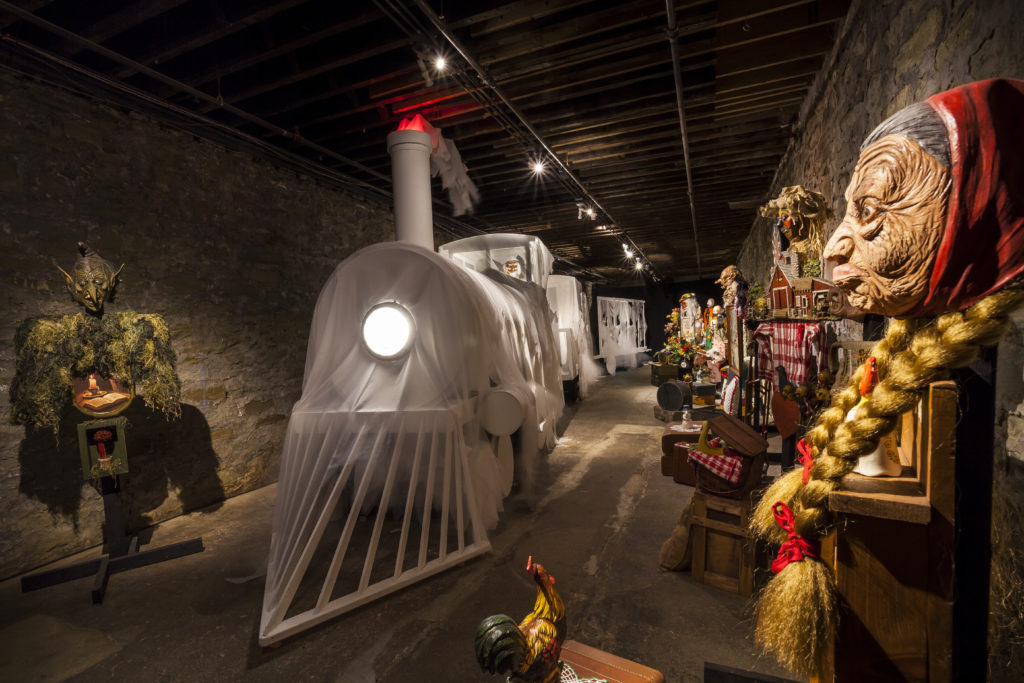 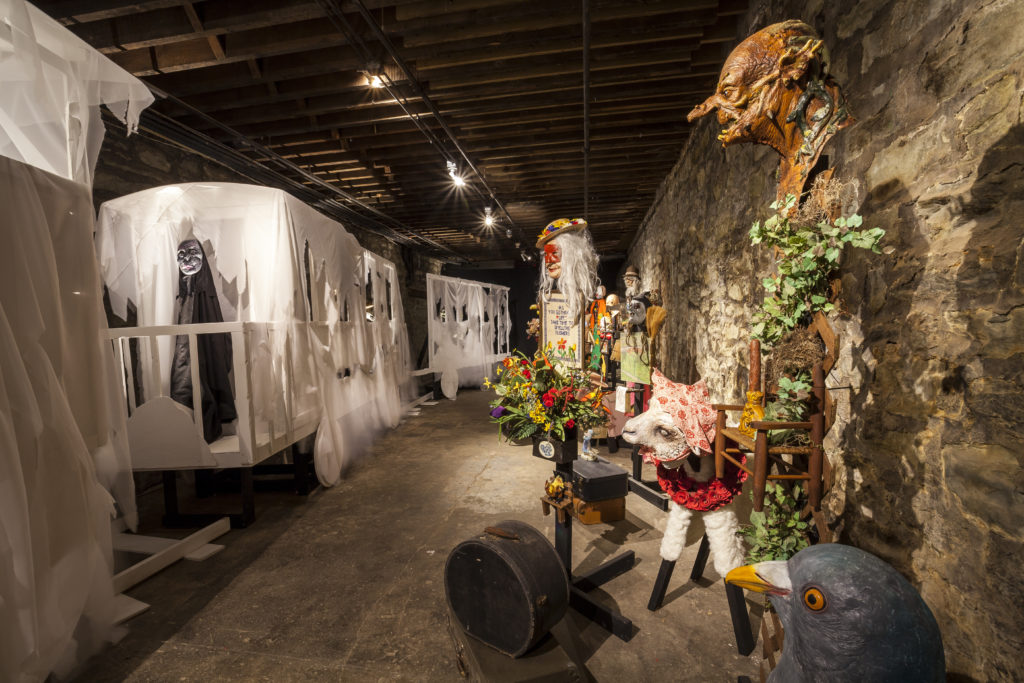 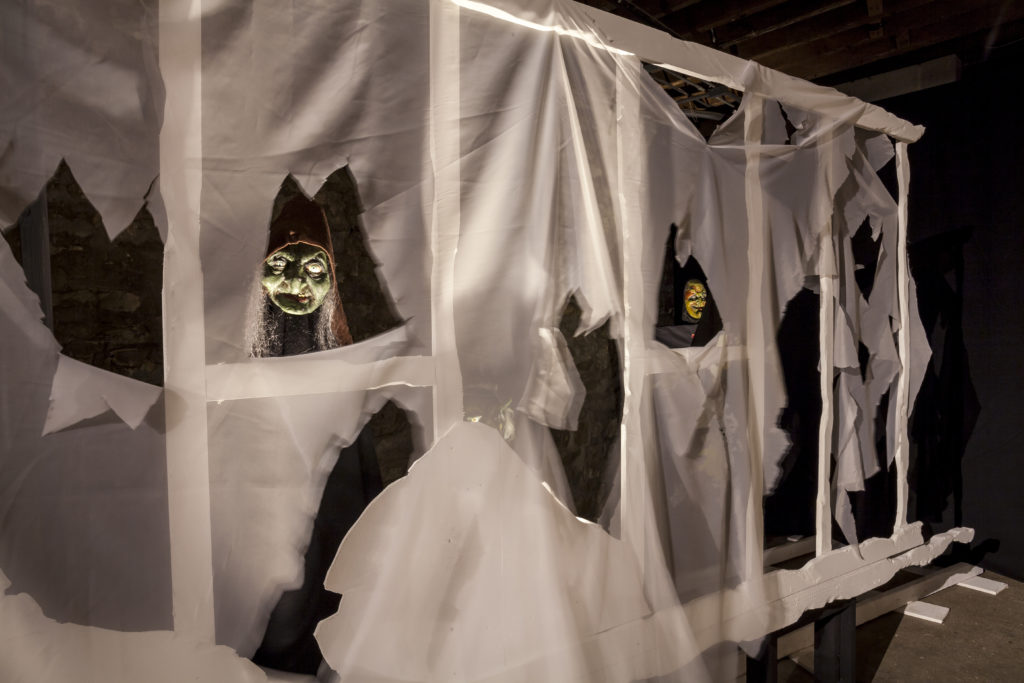 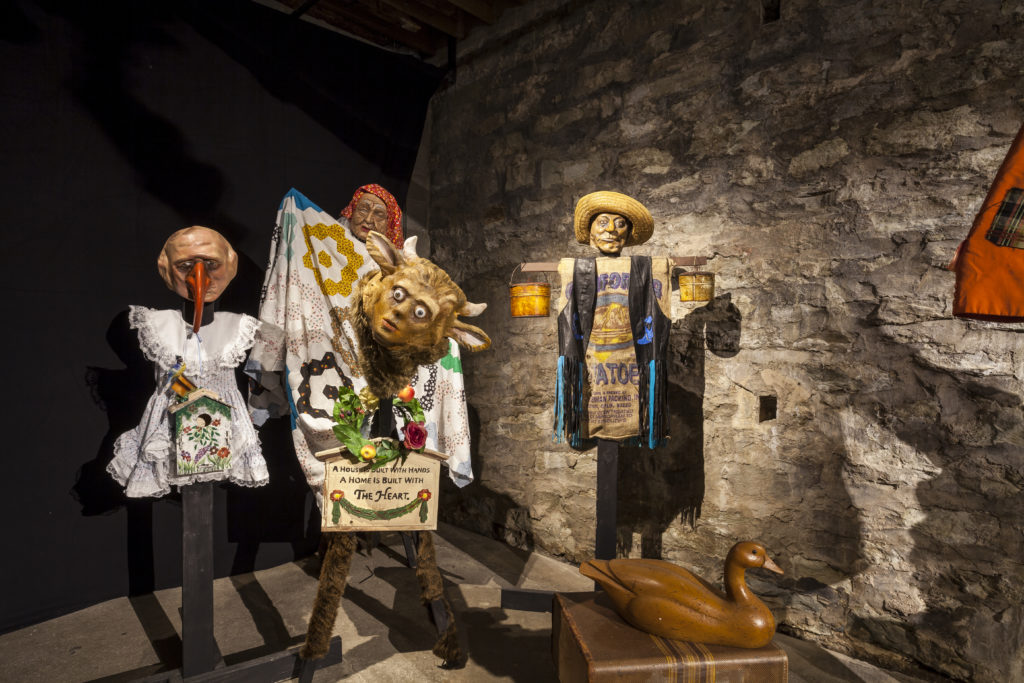 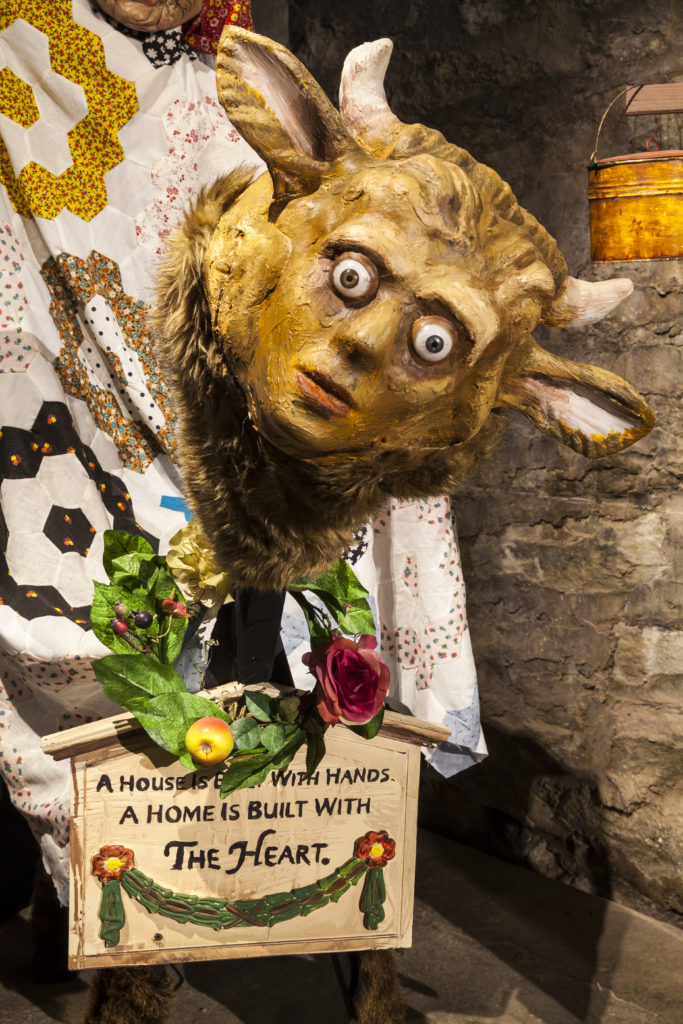 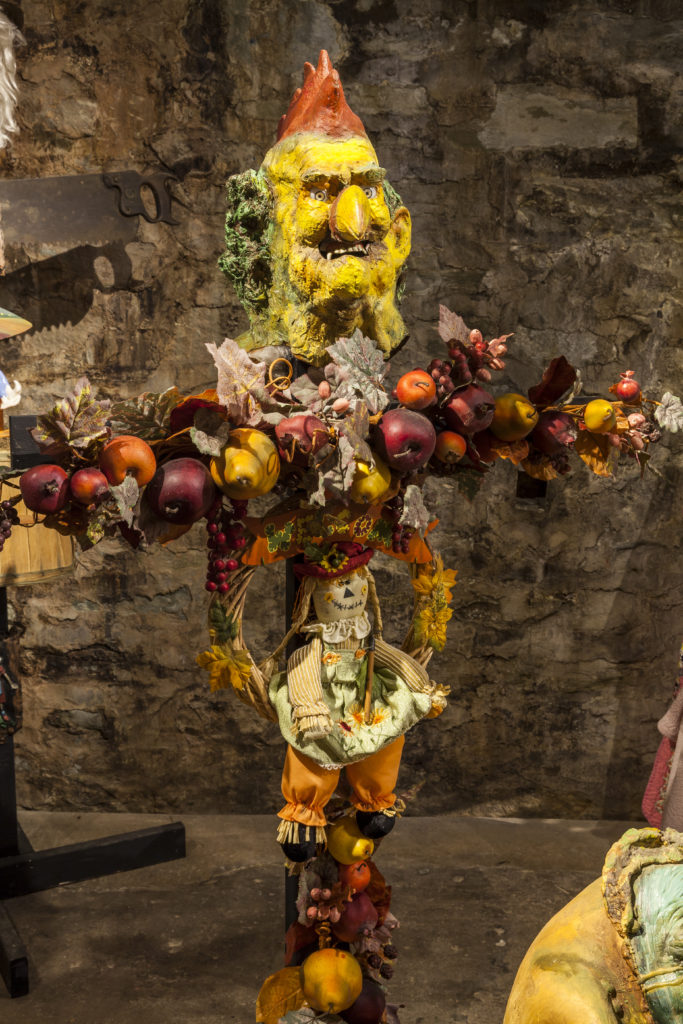 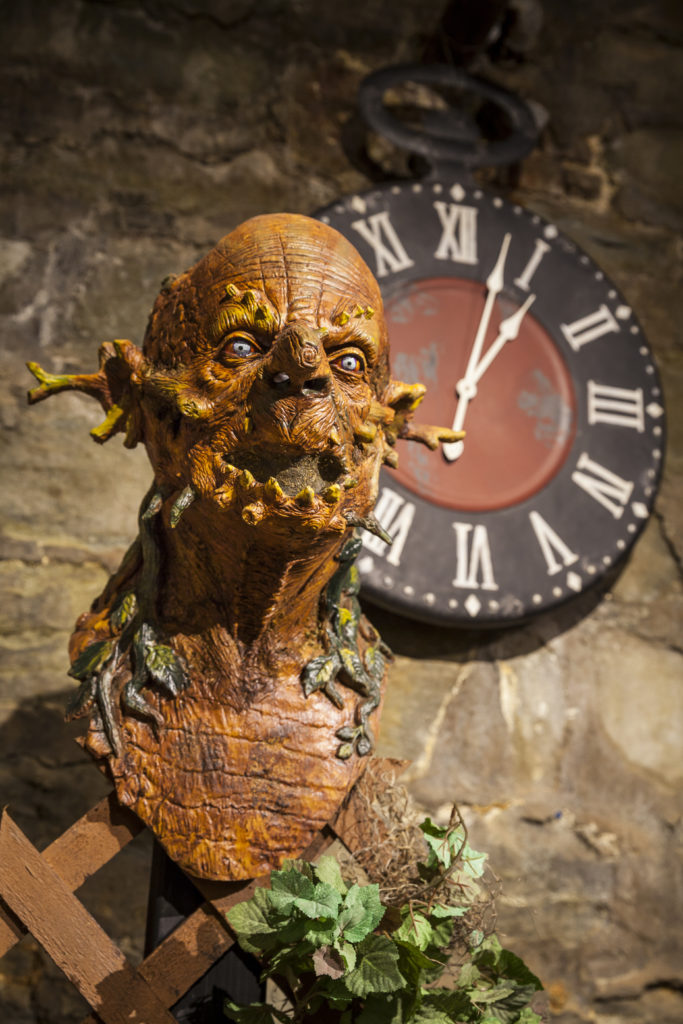 The Ghost Train is an art installation that serves as a metaphorical journey into another state of consciousness. The characters are frozen in time as they attempt to board the train with their sentimental worldly possessions that cannot transition into the nonphysical. Baggage, suitcases, doilies and figurines are stacked alongside the passenger effigies all waiting and hoping to be transported. The sounds of movement, trains, animals and people chattering float through the station intermixed with music that shifts from free jazz drumming to haunting synthesizers to an ethereal angelic choir.

As a child I lived in Taiwan for a school year and our apartment was next to a busy train station where grand old steam engines ran every hour. I could hear the loud noises of the trains as they reverberated, belched, bellowed and chugged away. The screeching halt of the brakes, the clanging of the bells, the shouting of the station master, the smell of the coal and the dark soot that spewed everywhere are forever embedded in my memories. From these sights and sounds came my first understanding of metaphors. The old steam trains were called “beasts” and “monsters” and the exhaling of the steam made these “creatures” seem alive. This fascination with metaphor has carried well into my adult life and is something I draw upon as an artist today. I search for the poetry and the fiction in everyday objects and carry them into the visual realm with my art.

During my early years I played music in bands and performed solo musical works that eventually transitioned into performance art. From this perspective, my work in installation art feels like creating a theater set with the sculptures serving as props and the sculptural figures becoming the actors. It is as if one walks into a scene in a theater piece but the drama becomes suddenly static, the viewer pauses for a moment and then becomes an integral part of the experience. It is a place of emotional connection.

For the making of The Ghost Train I sent drawings and photographs of a train model from my studio in Los Angeles. The large train was made ahead of time to my specifications. For the figures, I gathered together heads from my collection of found and fabricated masks. I chose characters that felt like they may have sprung from the dark recesses of the subconscious. Once in Pittsburgh, I went to a dozen or so thrift stores in the area and gathered objects that ‘spoke’ to the heads, I worked assemblage style, feeling for the chemistry between the objects. The soundtrack was designed for the space, which felt to me like an underground train tunnel, and recorded in Los Angeles. Together, all the elements help create a poetic moment in a journey of transition and transformation.

Using performance, film, video, sculpture, collage, music and costume, Marnie Weber creates work that explores the carnivalesque, the bacchanalian, the mystical and the absurd. She graduated from UCLA and at first focused on music. Questioning why she saw no women musicians on stage, she created the girl band Spirit Girls who populate her performances, films, tableaux and photographs. Her work has been shown throughout the world in both theatrical and gallery/museum venues.