The twelve apostles in Saavedra s Last Supper are each represented by a television monitor and a DVD player and are arranged around a... 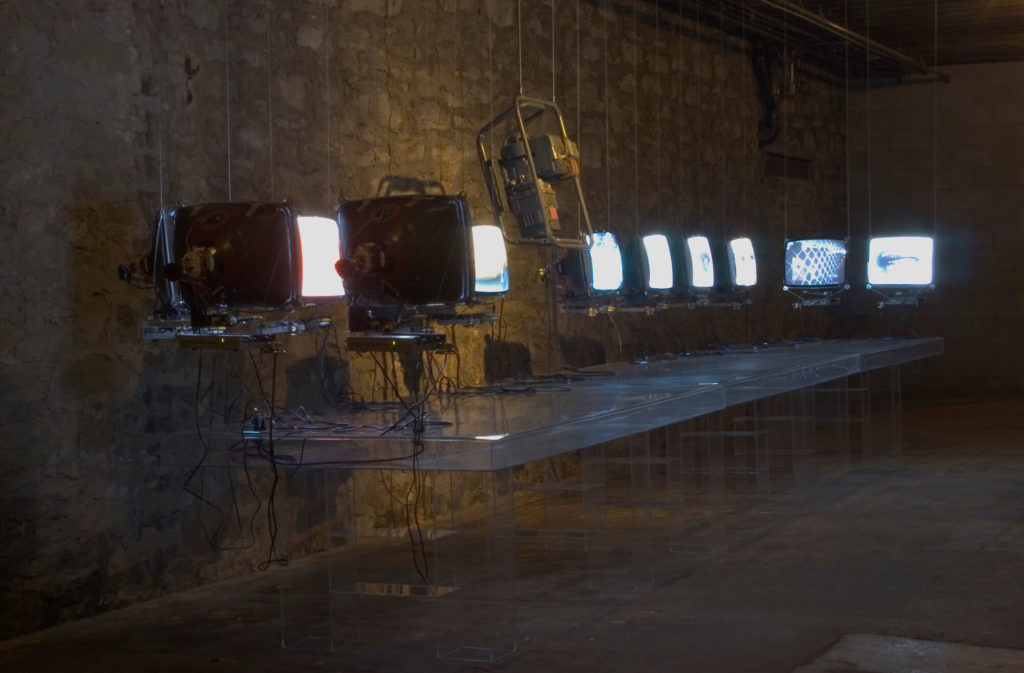 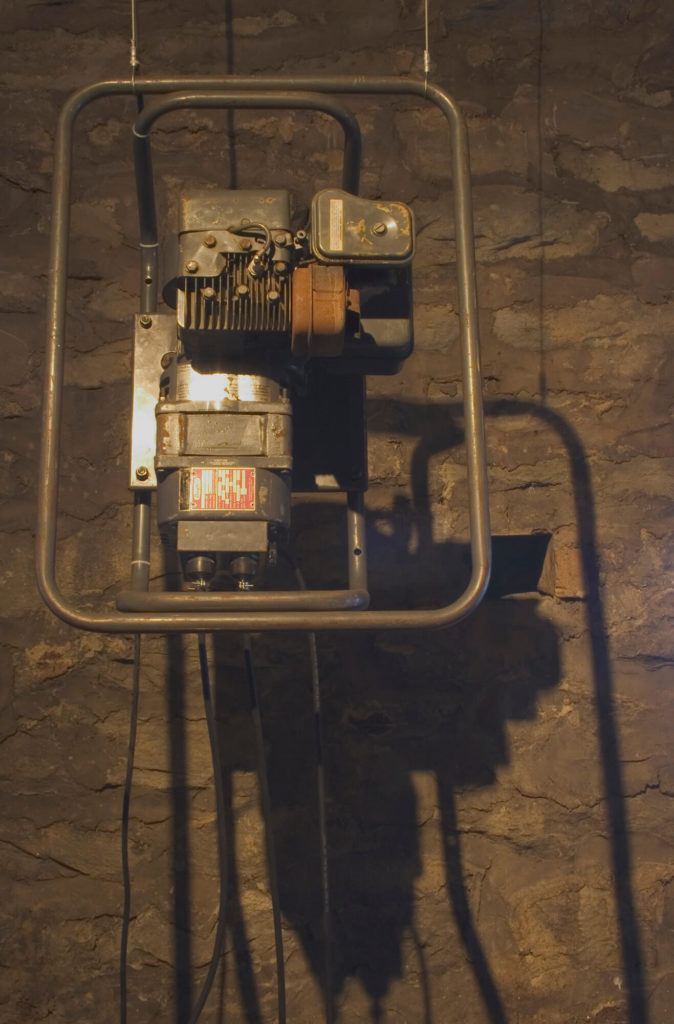 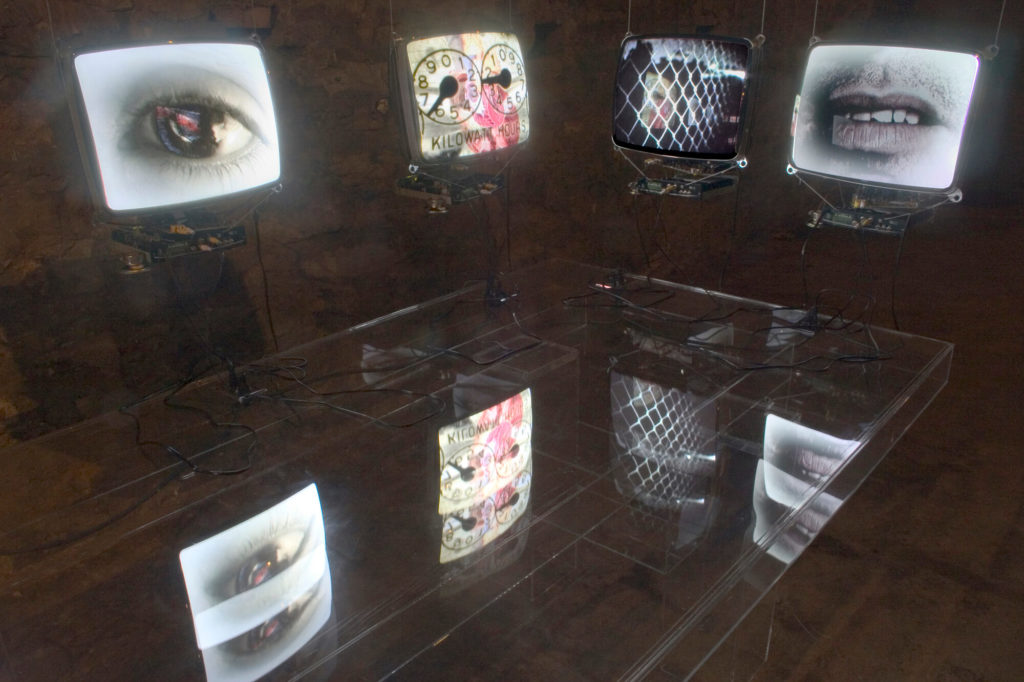 The twelve apostles in Saavedra’s Last Supper are each represented by a television monitor and a DVD player and are arranged around a clear plastic table according to the seating plan of Leonardo Da Vinci’s famous painting in Milan. The televisions and DVD players have no cases except for that of Judas, which still has its cabinetry. Jesus is represented by a generator — the source of power. The videos are a montage of images of Cuba, elderly people eating, and religious symbols, often referring to the specific apostle. The image of an electric cable in each work symbolizes the transfer of power from Jesus to the disciples as well as to the red wine turned into blood. Judas’s video also shows poignant images of children drowned in attempts to get to the United States in the 1990s, accompanied by audio of the Agnus Dei from Mozart’s Requiem.

Lázaro Saavedra was born in Havana, Cuba in 1964 where he lives and works. He graduated from the Instituto Superior de Arte, Havana. Saavedra’s practice combines pictorial work with performances, happenings and video installations amongst other modes of expression.