The Productivity Paradox and the Cupcake Robot 2008

The Productivity Paradox and the Cupcake Robot explores technology s impact on the home through the creation of an illusory robot that appears to... 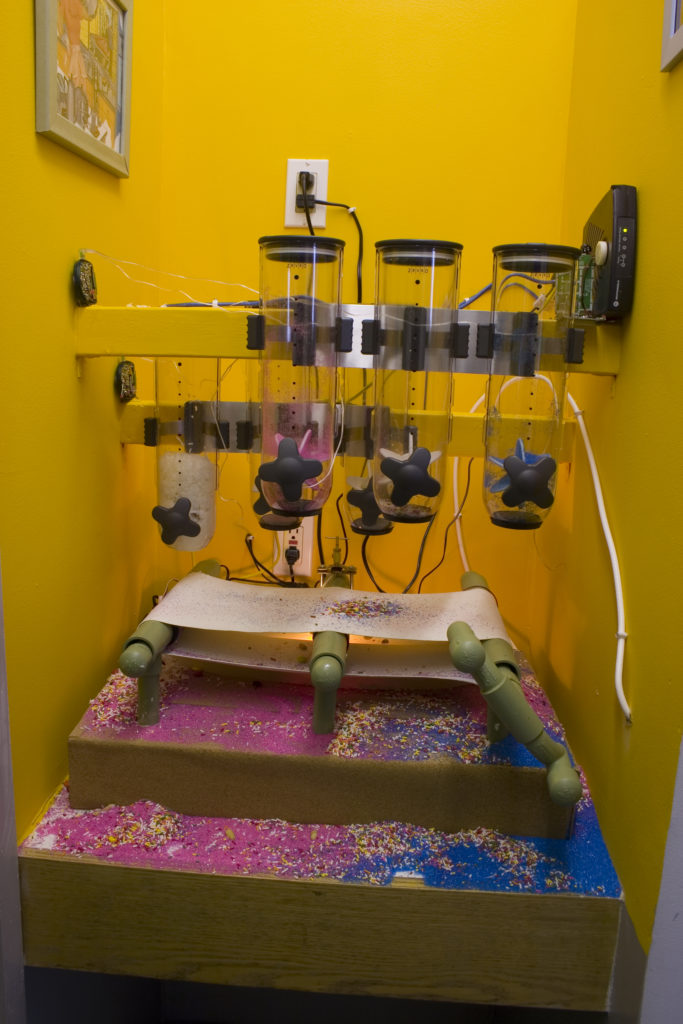 The Productivity Paradox and the Cupcake Robot explores technology’s impact on the home through the creation of an illusory robot that appears to produce cupcakes based upon visitors’ answers to a personality quiz. The large robotic cupcake-making machine dominates the exhibit, as a gesture to the technology that dominates our kitchens and appears to make life easier for middle-class American mothers. Yet the industrialization of the home has actually resulted in more work, less satisfying work, and higher expectations and emotionalization of work for most wives and mothers. As the mock robot fails at producing the customized cupcakes, ‘Betsy the Domestic Technologist’ will come to the aid of the visitor appearing to ‘fix’ the machine but in reality decorating the cupcake to meet the visitors expectations. This cheerful but strained performance will be conducted and video taped during the opening weekend of the exhibit. The video documentation of the performance, the personality quiz software, and the ‘broken’ cupcake robot will continue to be on exhibit throughout the show.

Betsy James DiSalvo is an Assistant Professor at Georgia Institute of Technology in the School of Interactive Computing where she leads the Culture and Technology Lab. DiSalvo’s work focuses on understanding how culture and technology practices impact motivations for learning and the use of technology.