Here Kinsley and Rubin collaborate on a two-part project involving a live performance and filming of a medieval battle reenactment society fighting to the... 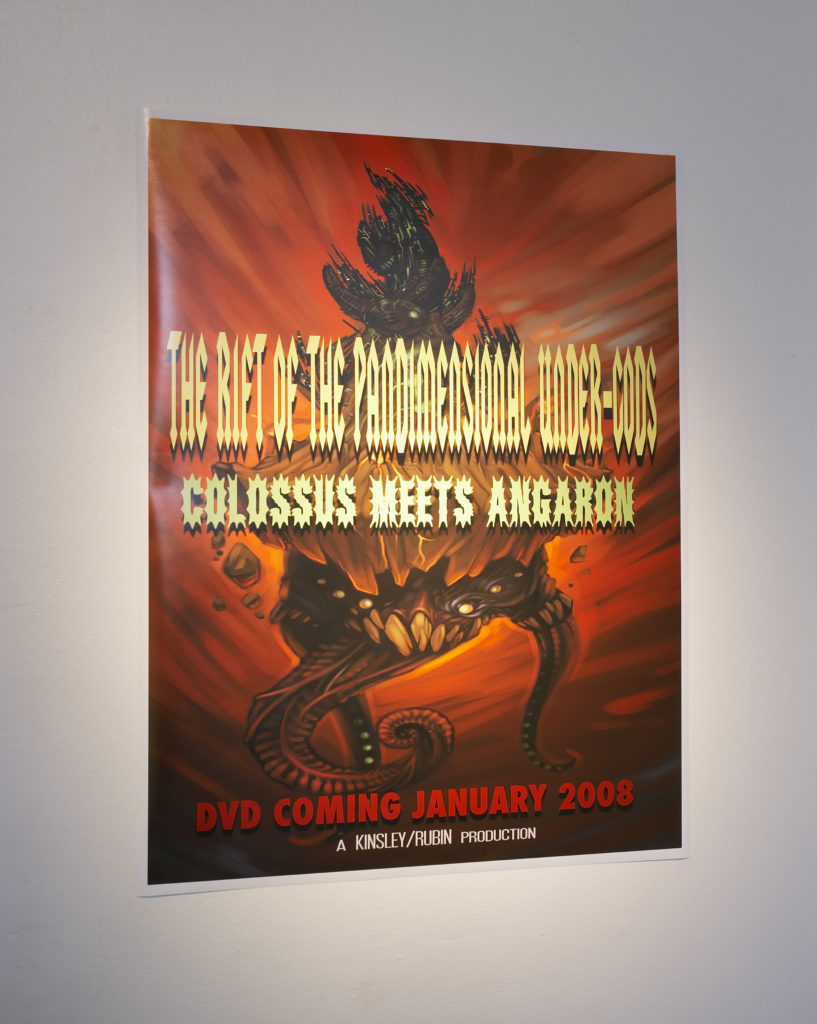 Here Kinsley and Rubin collaborate on a two-part project involving a live performance (and filming) of a medieval battle reenactment society fighting to the music of a fantasy metal band emerging from a trailer on the street outside the museum. In the clash of multiple worlds, Kinsley and Rubin imagine the apocalyptic intersection of fantasy and reality, bringing the viewer into the fold. Opening night featured a series of loud, raucous, and hilariously engaging performances that were filmed and will subsequently be edited into a music video, to be sold in the Mattress Factory store.

A graduate student in the MFA program at Carnegie Mellon University, Ben Kinsley (American, b. 1982) is a performance and video artist who frequently, in his own words, plays “himself, and others, like musical instruments,” corralling unsuspecting community members in theatrical and often wildly humorous events. Often documentation or evidence from these works becomes a separate entity.