Rita Duffy
so it is: April 7 – August 6, 2017
Materials
functioning shop with original artworks and multiples for sale

In 2016 Rita Duffy created a Souvenir Shop in Dublin as part of various events commemorating the 100th anniversary of the 1916 Easter Rising... 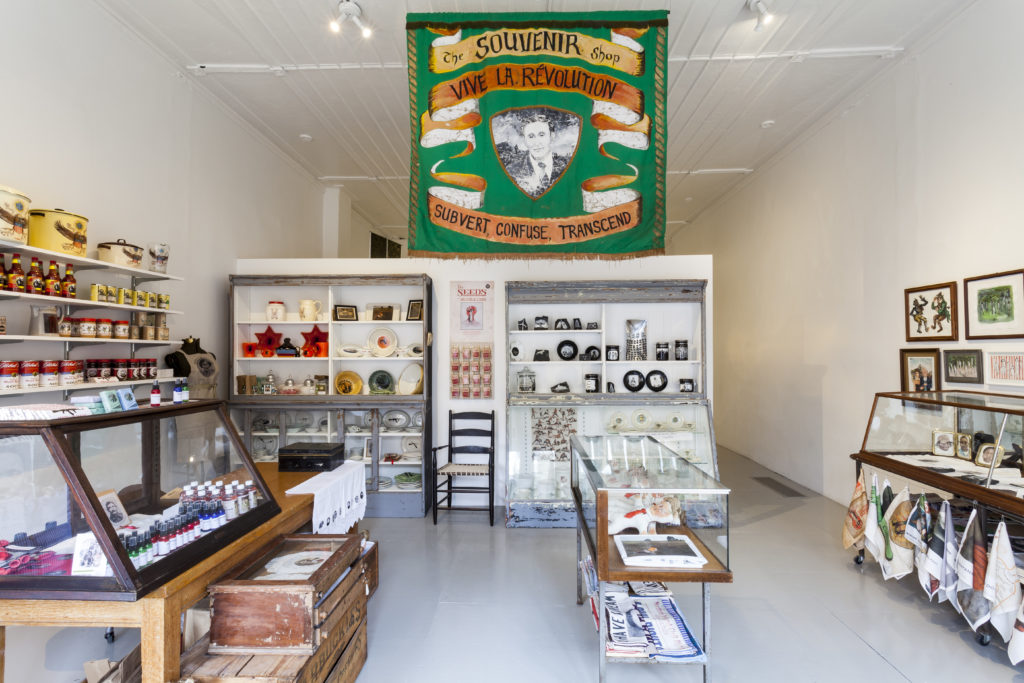 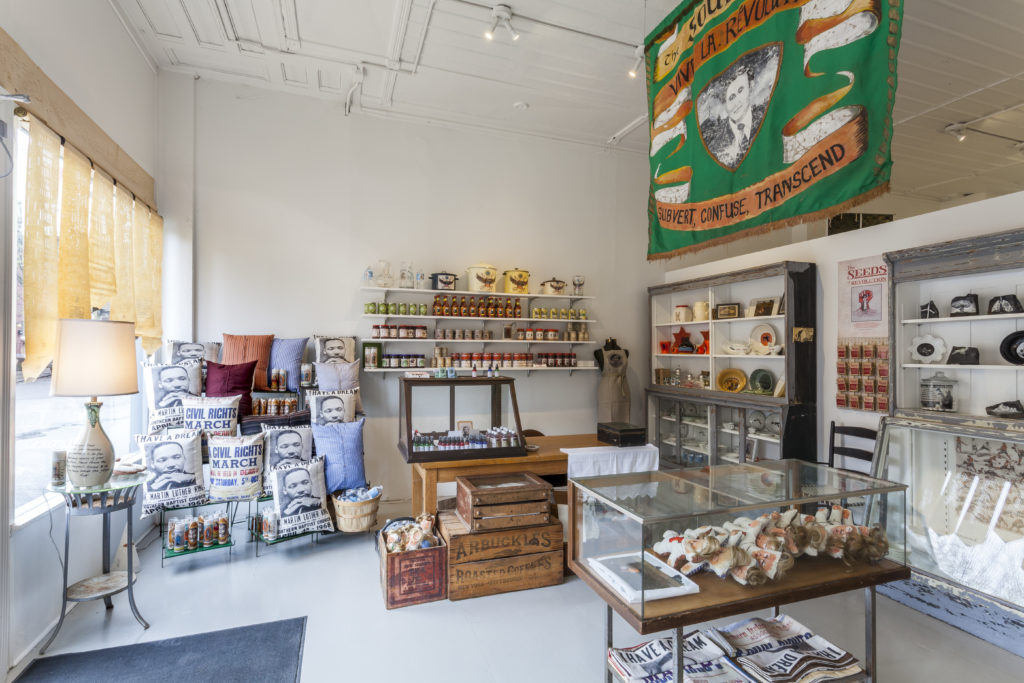 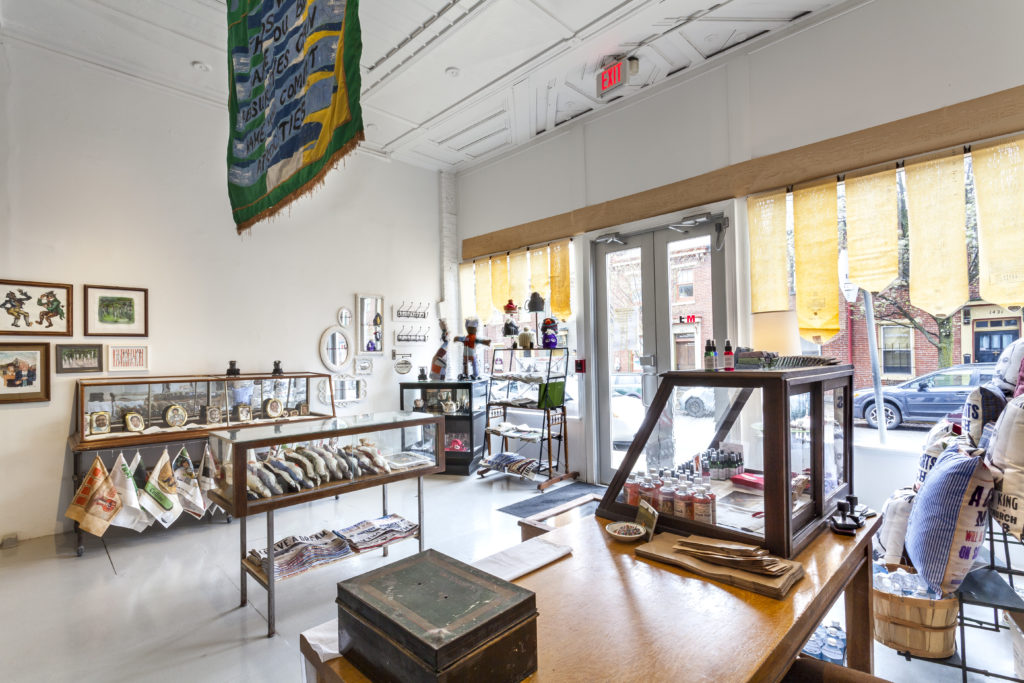 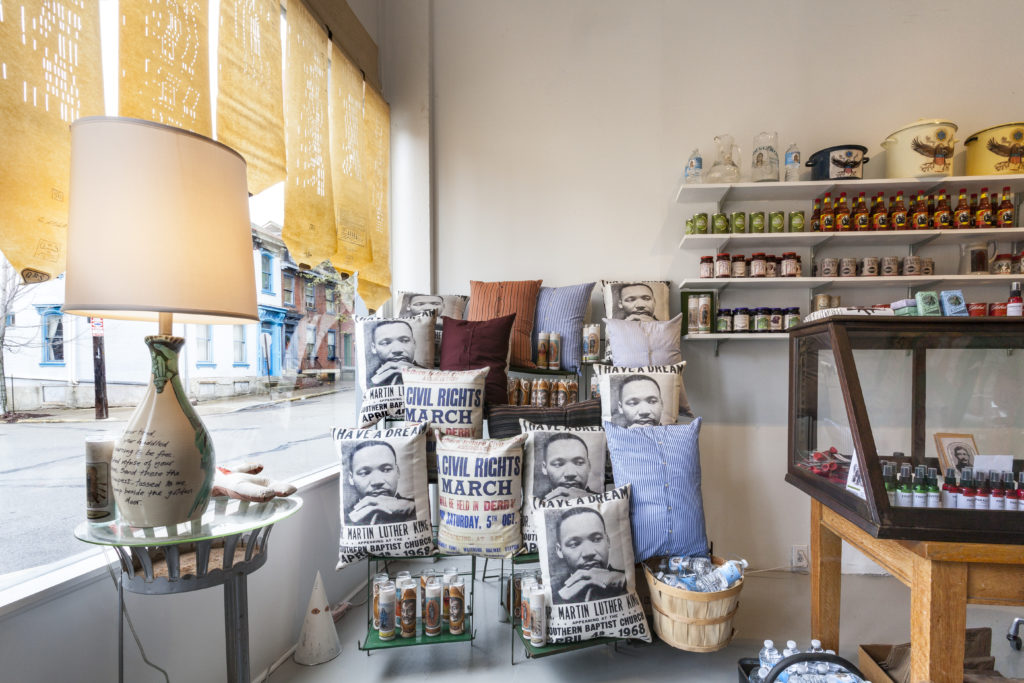 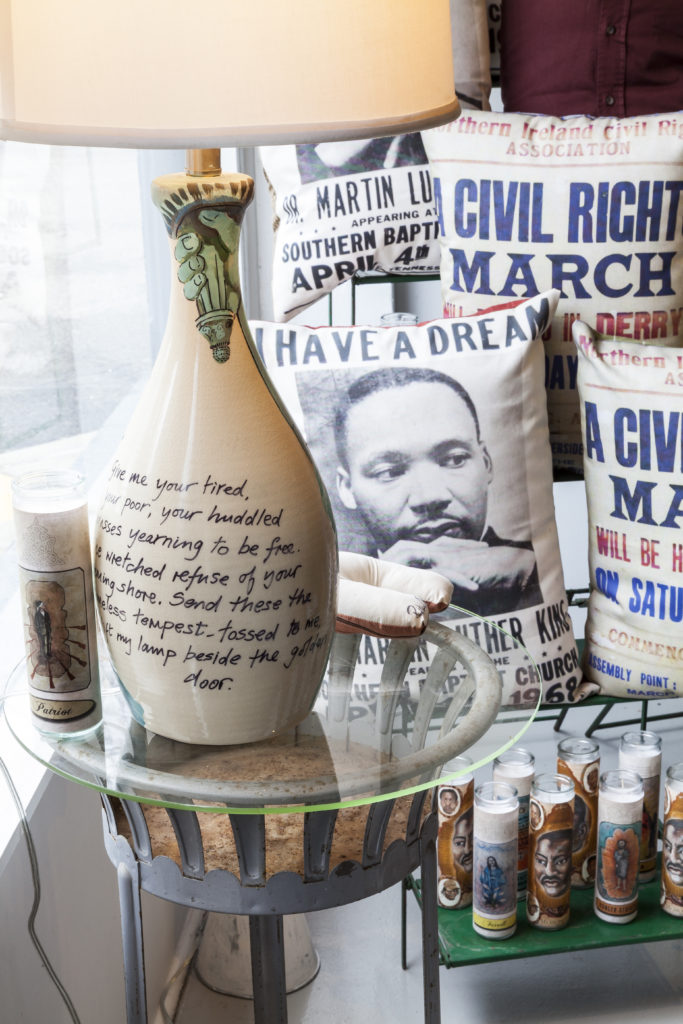 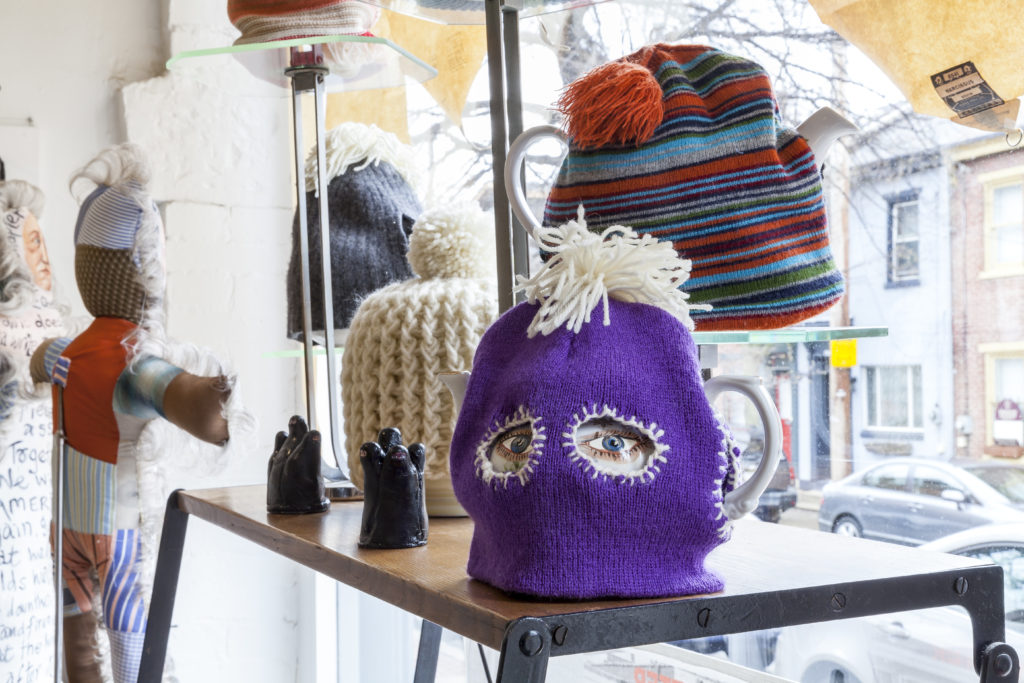 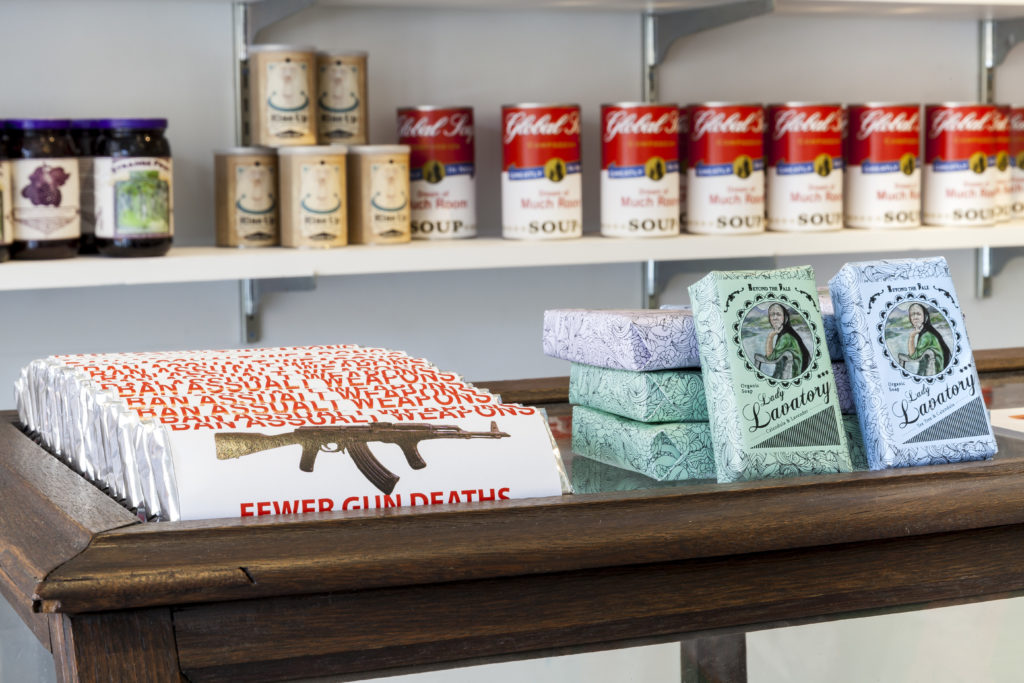 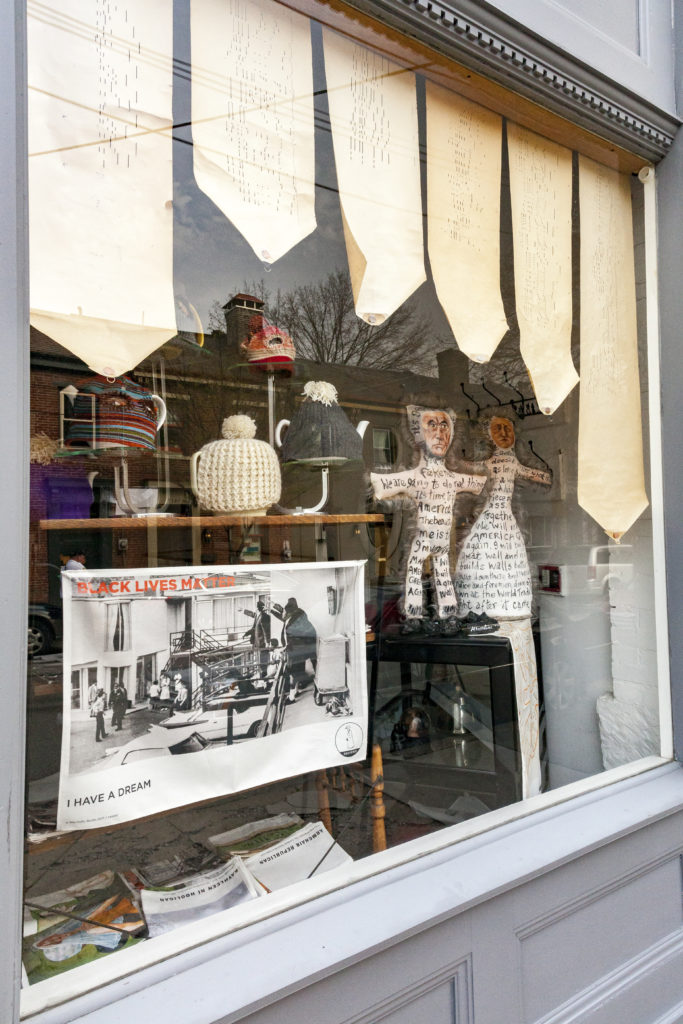 In 2016, Rita Duffy created a Souvenir Shop in Dublin as part of various events commemorating the 100th anniversary of the 1916 Easter Rising against British rule in Ireland.

For that project Duffy expanded her artistic practice and used her skills to create a variety of “bogusly” titled and labeled products that referenced aspects of political life in Ireland both in 1916 and in the present day. With witty verbal and visual punning, she challenged taboos and tackled contentious topics such as patriotism and the role of women in Irish society. The shop was a combination of original artworks and multiple products for sale to the public. “Irreverent thought provoking commodities – tins and jars are released from the larder to question our cultural divisions.” (Helen Carey)

For the Mattress Factory exhibition, Duffy has devised a new iteration of The Souvenir Shop directed at an American audience. She has turned her attention from the heroes and martyrs of Ireland to heroes and martyrs of African American history and their struggle for freedom, and she makes comment on various iniquities currently being visited on American society, by the current administration.

Duffy uses satire to question political opinions and certainties. She is also driven by a desire to produce artwork, that is accessible and which connects to people’s everyday lives. The Souvenir Shop at 1414 Monterey Street invites exchange and dialogue about the role of art in relation to political issues of the day.

Rita Duffy is a prolific and multi-faceted artist, whose work has uncompromisingly tackled themes and images of Irish identity, history and politics. Her work has utilized her impressive range of abilities in painting, drawing, sculpture, installation, and public art. With a robust humor and disrespectful fluency in her use of symbols of Irish culture and politics, Duffy’s work has also strongly championed the place of women in Irish society and examined their role in Irish history.