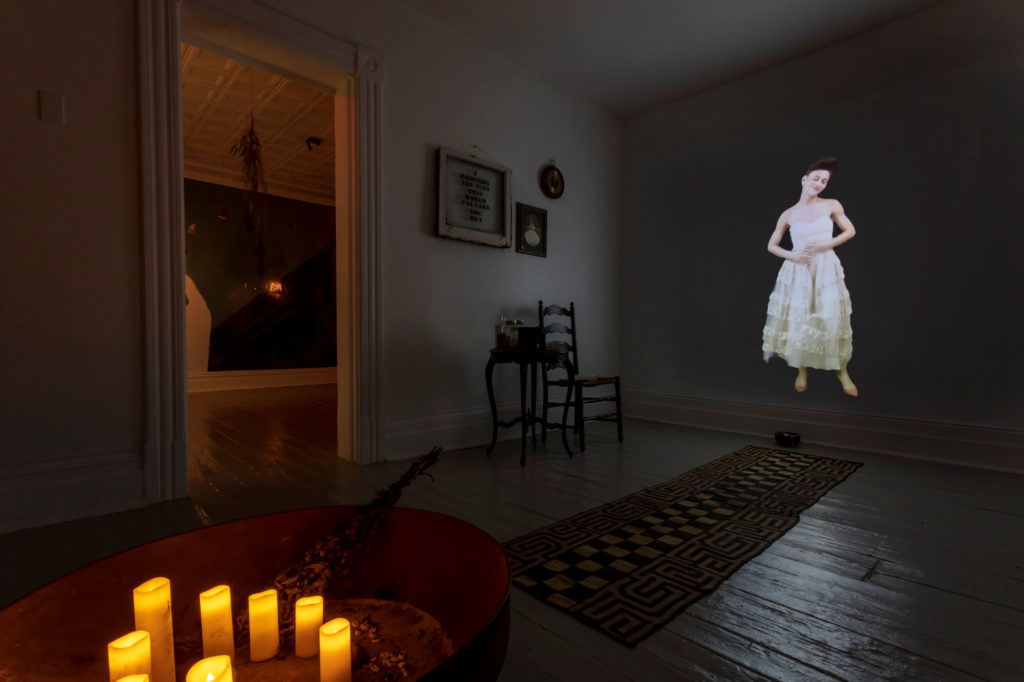 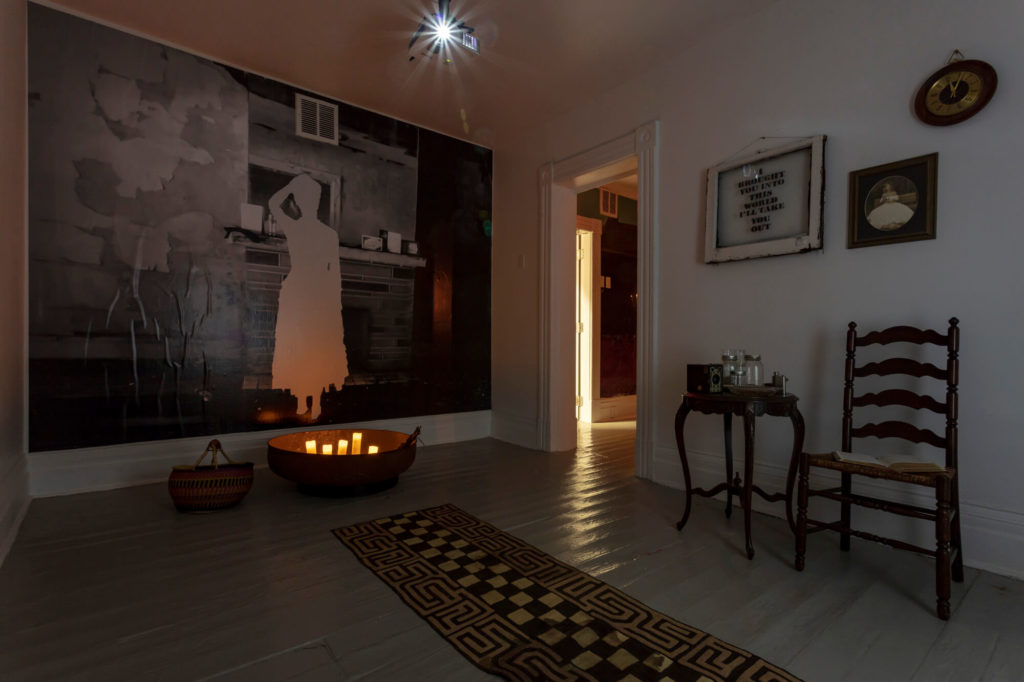 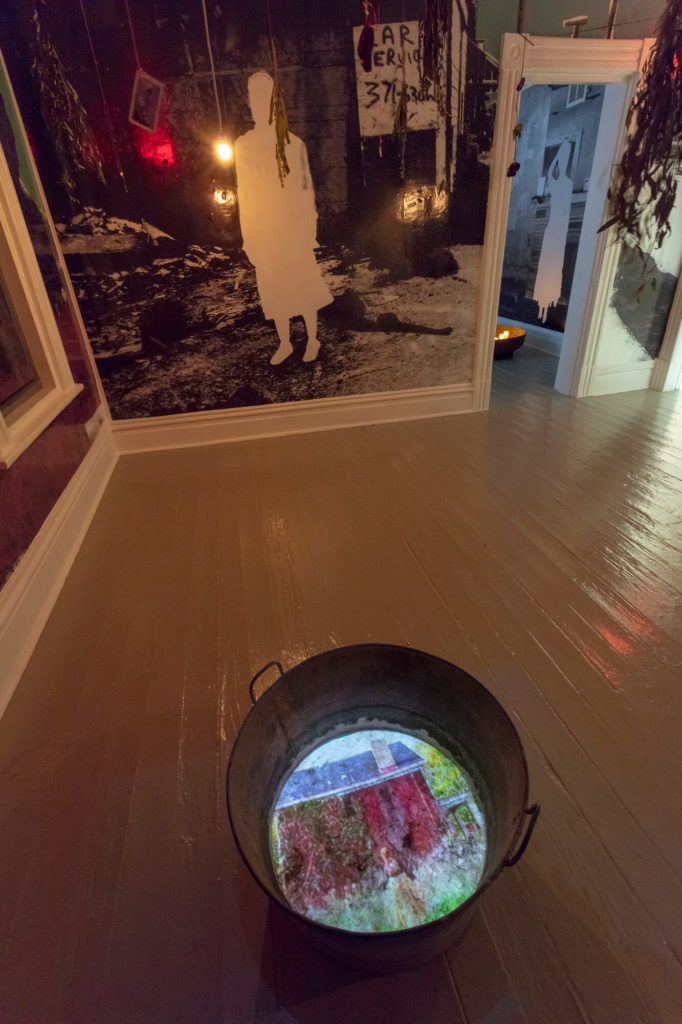 When existence is [in]formed by death one must conjure out of form to survive.
This work is a dialogue between black women and environment. Informed by collapse and time. To survive, one must know space.
I dream about black women. How we are constantly informed by our nature.
This nature encourages an understanding out of form.
So. What is “erasure” and what is a “conjuring” – and how might those lines overlap? How attached can we be in these interspaces? Even the space of body. There is repetition, returning again and again to a place to [re]build. What conjuring is used? Not just to survive but strive.

Alisha B. Wormsley (Pittsburgh, PA, USA) is an interdisciplinary artist and cultural producer. Her work contributes to the imagining of the future of arts, science, and technology through the black womxn lens, challenging contemporary views of modern American life through whichever medium she feels is the best form of expression, creating an object, a sculpture, a billboard, performance, or film and thrives in collaboration. Her work has been exhibited widely. Most recently, the Oakland Museum, VCUArts Qatar, Speed Museum, Artpace, Times Square Arts and the Carnegie Museum of Art. Over the last few years, Wormsley has designed several public art initiatives including Streaming Space, a 24 foot pyramid with video and sound installed in Pittsburgh’s downtown and several park designs. Wormsley created a public program out of her work, There Are Black People In the Future, which gives mini-grants to open up discourse around displacement and gentrification and was also awarded a fellowship with Monument Lab and the Goethe Institute. In 2020, Wormsley launched an art residency for Black creative mothers called Sibyls Shrine, which has received two years of support from the Heinz Endowments. Wormsley’s newest project, D.R.E.A.M. A Way to Afram, with longtime collaborator Li Harris, was awarded a 2022 Guggenheim Fellowship.  Awardee of the Sundance Interdisciplinary grant, the Carol Brown Achievement award and among others.  Wormsley has an MFA in Film and Video from Bard College and currently is a Presidential Postdoctoral Research Fellow at Carnegie Mellon University.

Remnants, Portals and Power: The Afterlife

WE ARE HERE: Finding Beauty In The Raw

In The Red: Never Mine