Inside and outside merge, which is inside and which is outside. Where are the boundaries? Liminal spaces, time place and locations. Reality and outside of reality. Definable and not defined. A shrine, alcoves, perhaps. 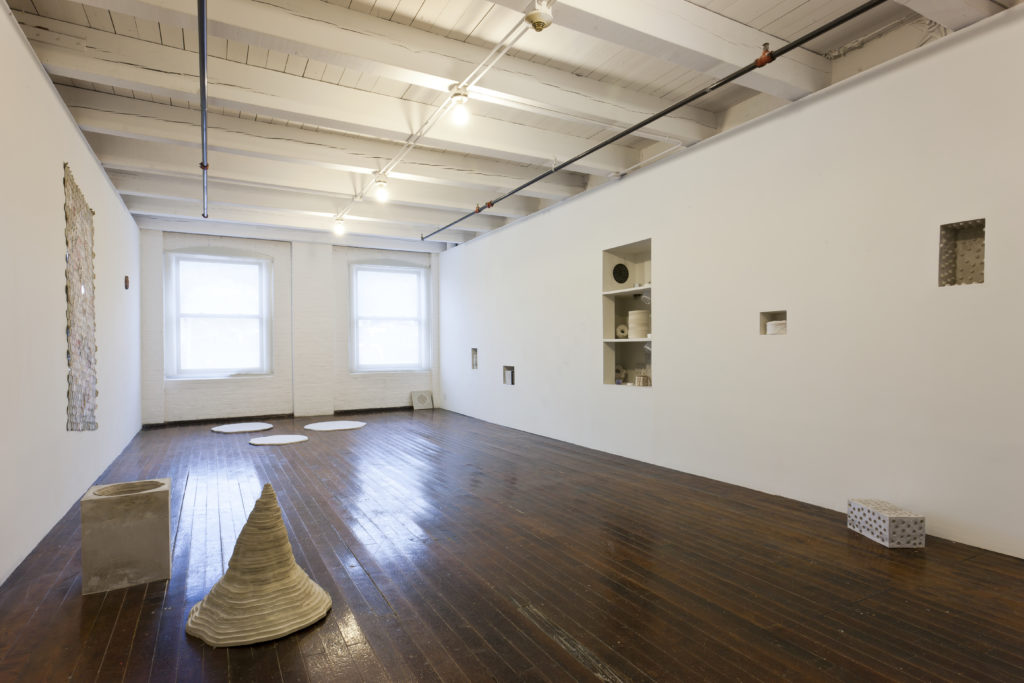 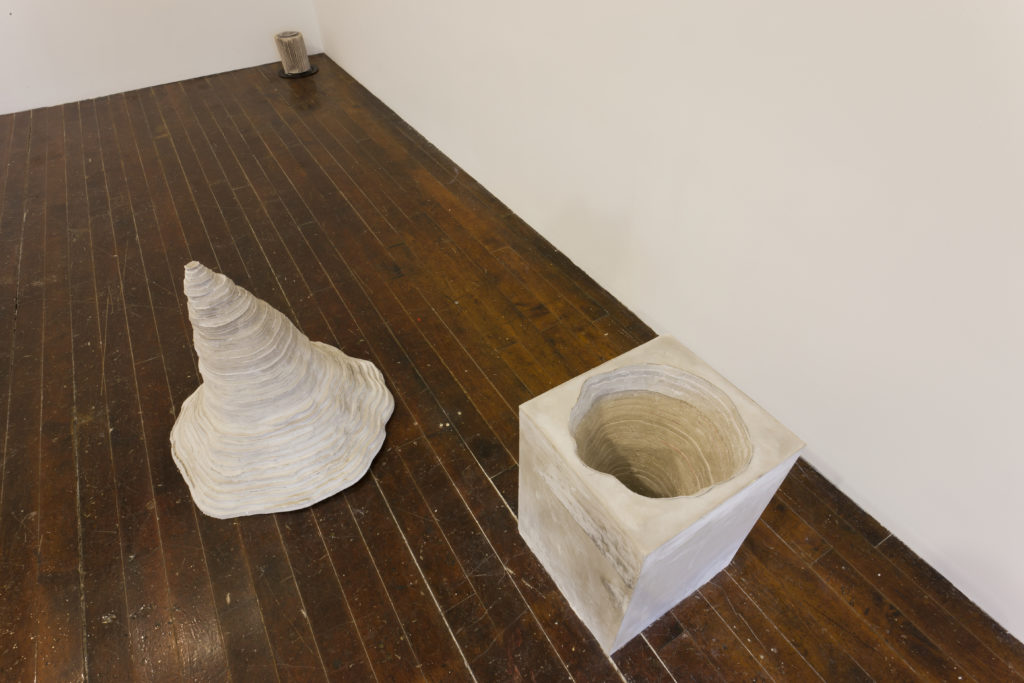 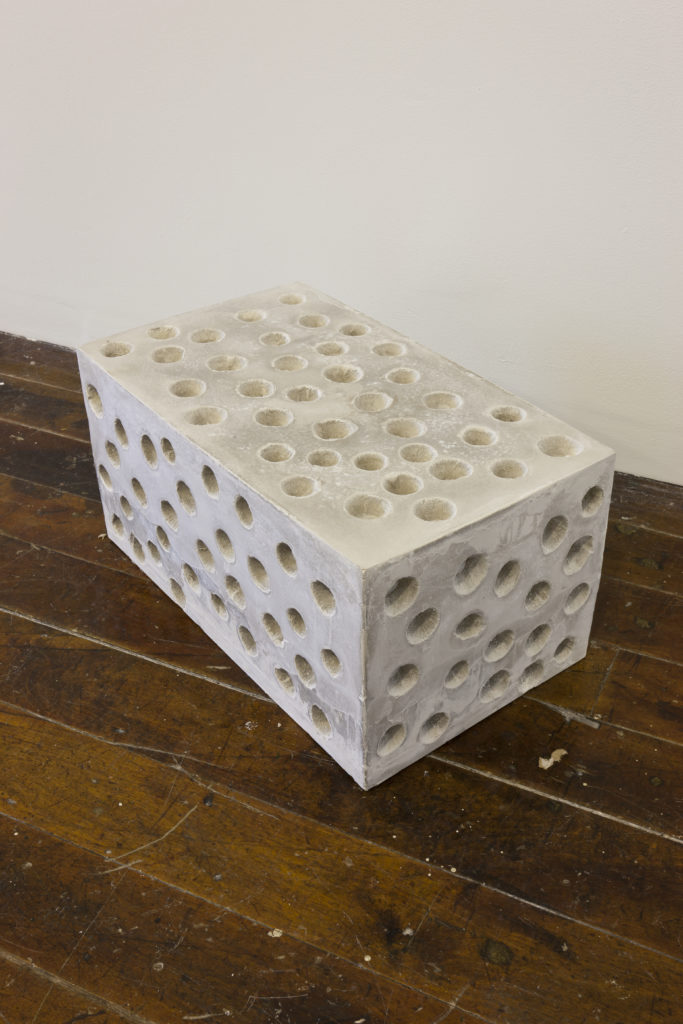 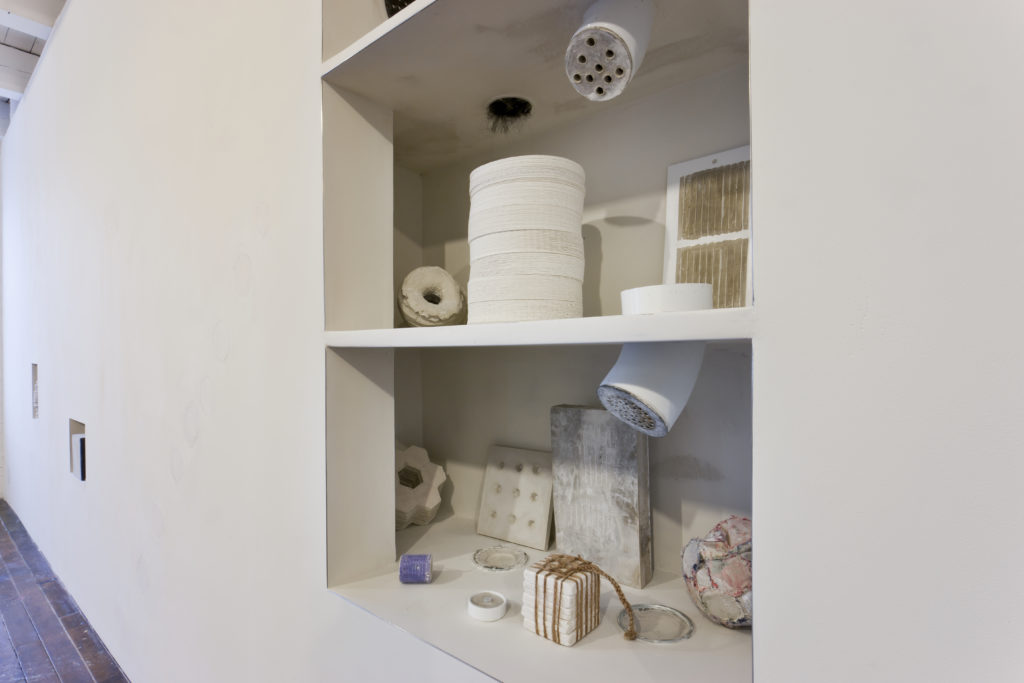 Veronica Ryan was born in 1956 in Montserrat, West Indies, grew up in England and currently lives in New York. The fact that parts of Montserrat were destroyed by a volcanic eruption has influenced the direction of her work. Her current work is characterized by a collection of debris on the one hand, while also focusing on notions of partial evidence, remains of things petrified, and traces of last moments. Her installations are made up of plaster casts of everyday objects, like paper plates, arranged in architectural and formal configurations. She has an extensive exhibition history that includes the Tate Modern, London, and major galleries in the United Kingdom and the United States.