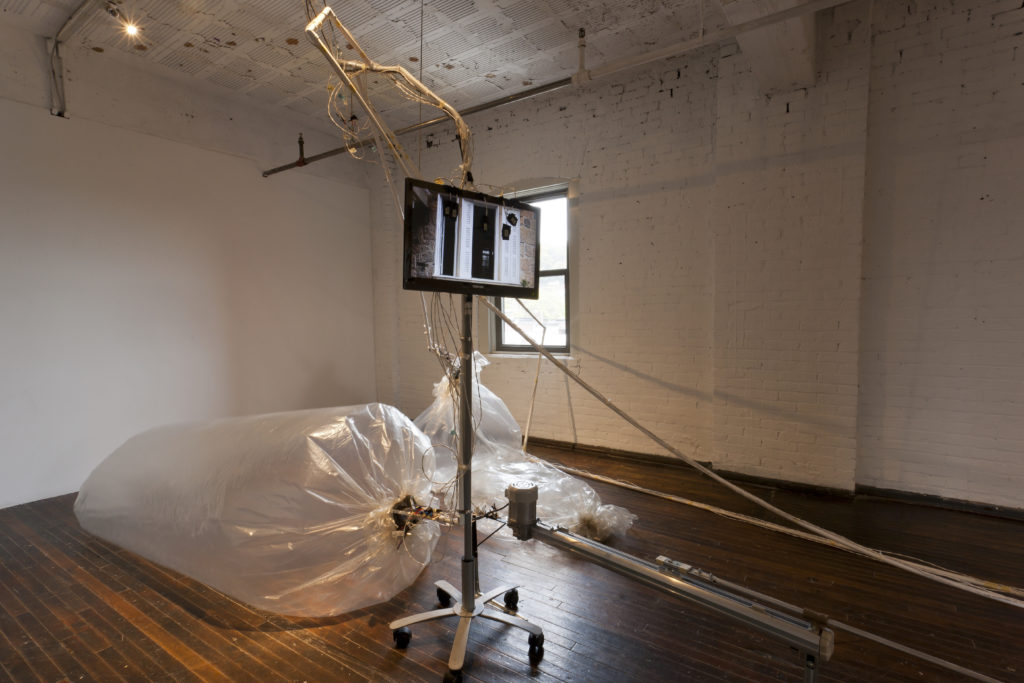 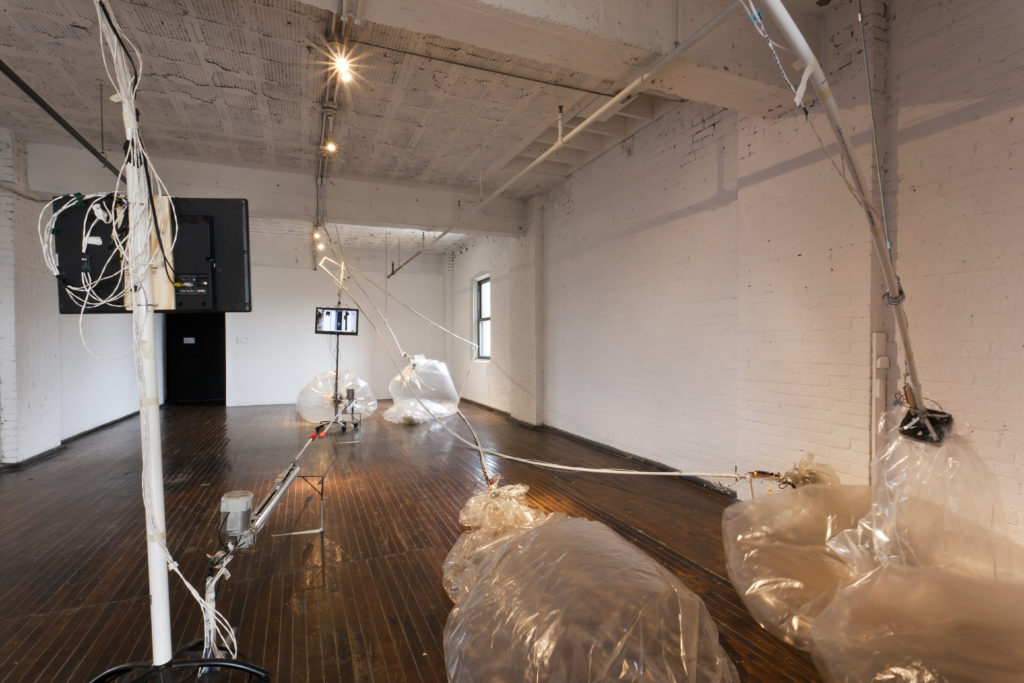 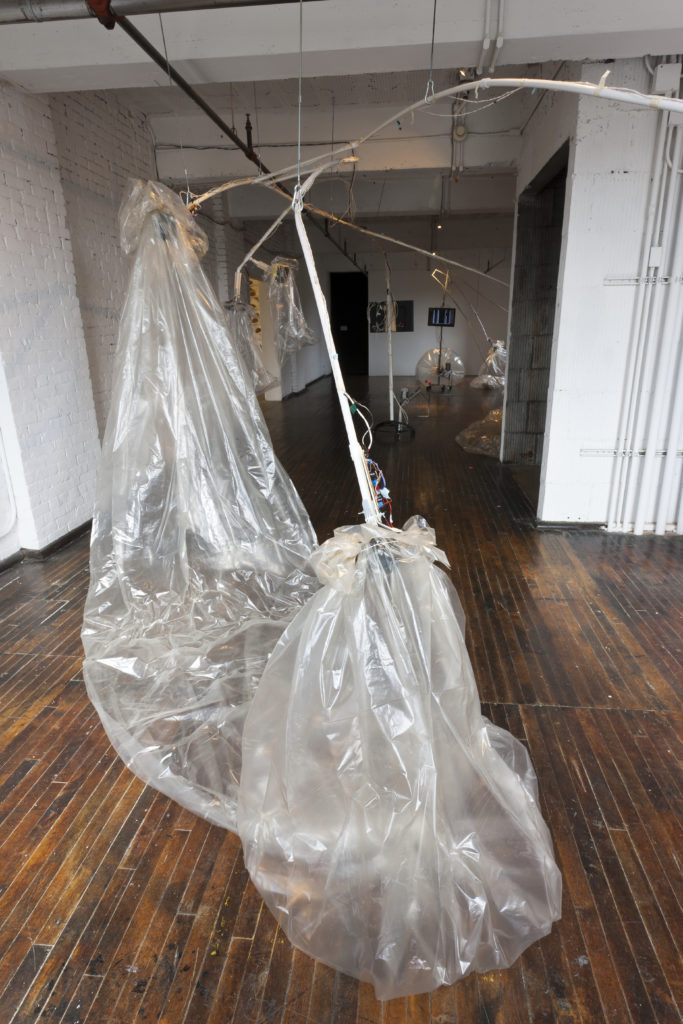 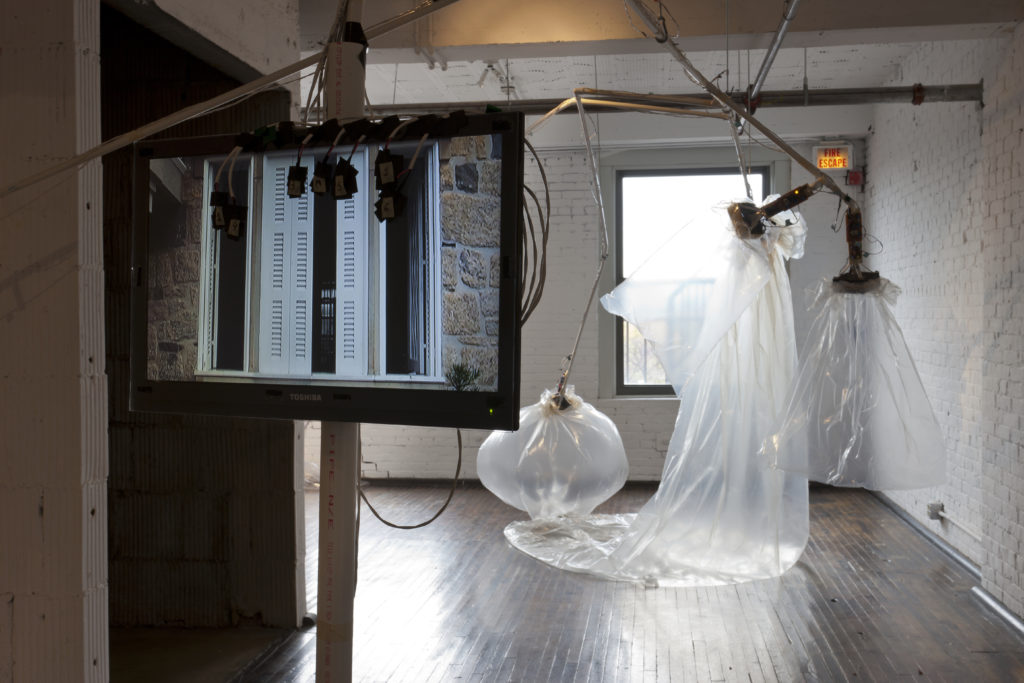 My work is an intersection of artistic and technological experimentation that takes form in different types of media. My formal interest in movement, materials, language and imagination is coupled with an intuitive way of inventing intricate systems that can lead to the production of drawings, animations, videos, digitally modified photographs and organic machines with traces of human/animal behavior. My process consists of the appropriation of my everyday visual life images, such as antique teapots, clouds in the sky or anything I associate with conceivable language patterns. If the project leads to the construction of a machine, I capture images with a video camera, and create or record movements. During the editing process, I transform movements into gestures and give my voice to the objects, which in turn constructs an invented dialect.

When I first received photographs and information about the gallery space I was going to occupy, what captured my attention was the three windows in it. Therefore, I decided to work with my own studio windows, located in Rio de Janeiro. I made animated videos of them “talking,” and planned to use them in the exhibition space. But it wasn’t until my arrival at the Mattress Factory that I invented the organism for Thesethose. The animated videos are shown on LCDs connected to devices controlled by the animation’s movements on the screen. Light sensors attached to the screens perceive the images’ stimuli and make the body of the work react to them. The whole operation is analogical, which means that every little event is subject to possible imprecision and random malfunctions, leading to unpredictable reactions. That is one of the reasons I often refer to my pieces as organic machines. The works are not interactive in a physical sense, so the viewer is disturbed by their indiscriminate behavior and can initially feel like an intruder in a world where things happen even if the viewer is not watching. By psychologically entering the piece, the viewer tries to decipher its irregular movements, in an attempt to make sense of its complexity and precariousness.

Mariana Manhães was born in Rio de Janeiro in 1977. She holds a Masters in Communication and Culture from the Federal University of Rio de Janeiro. Her work is an intersection of artistic and technological experimentation that takes form in different types of media. She invents intricate systems that can lead to the production of drawings, animations, videos, digitally modified photographs and organic machines that respond to each other, mimicking human or animal behavior. She has exhibited her work throughout South America and Europe.