Paul Seawright
so it is: April 7 – August 6, 2017
Materials
photographic installation

"20 veterans a day commit suicide nationwide in the USA, according to new data from the Department of Veterans Affairs - In 2014, the latest year available, more than 7,400 veterans took their own lives." -VA Suicide Prevention Program Report 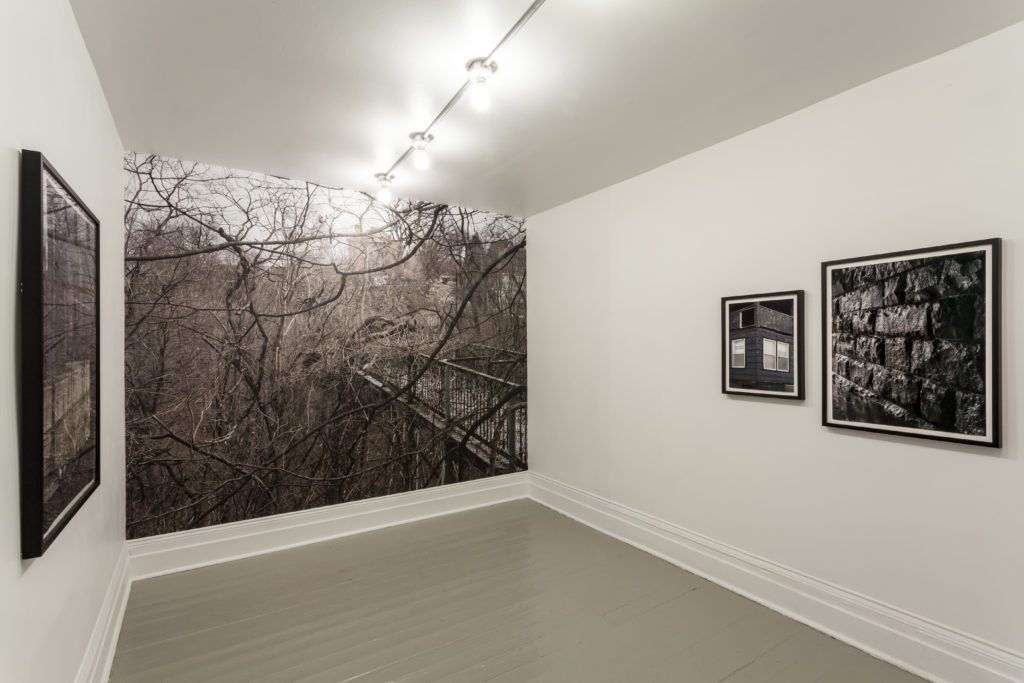 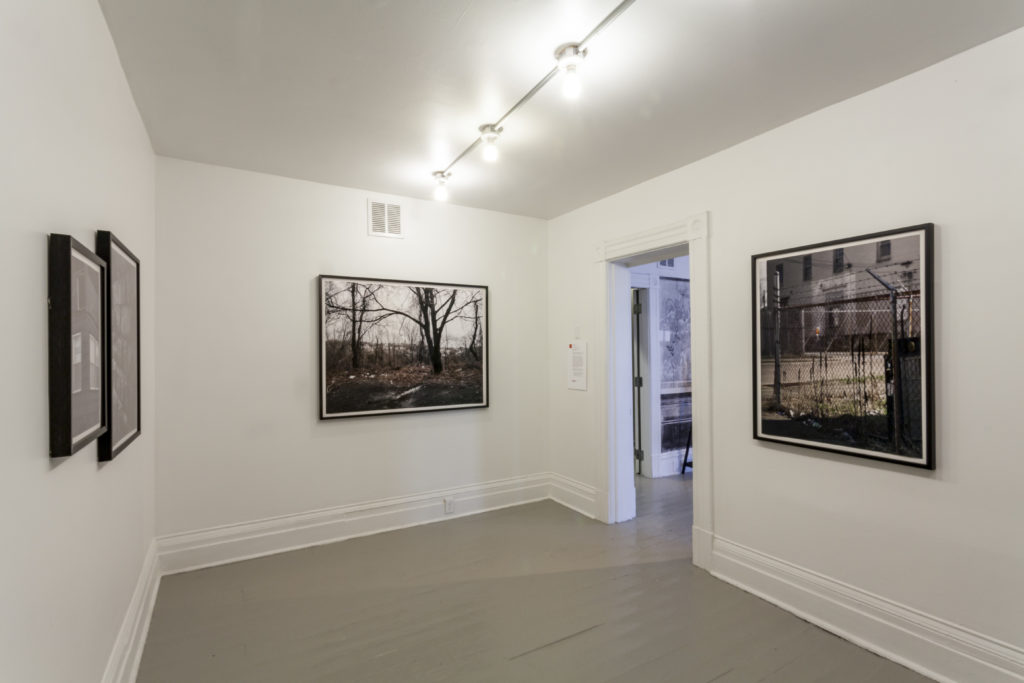 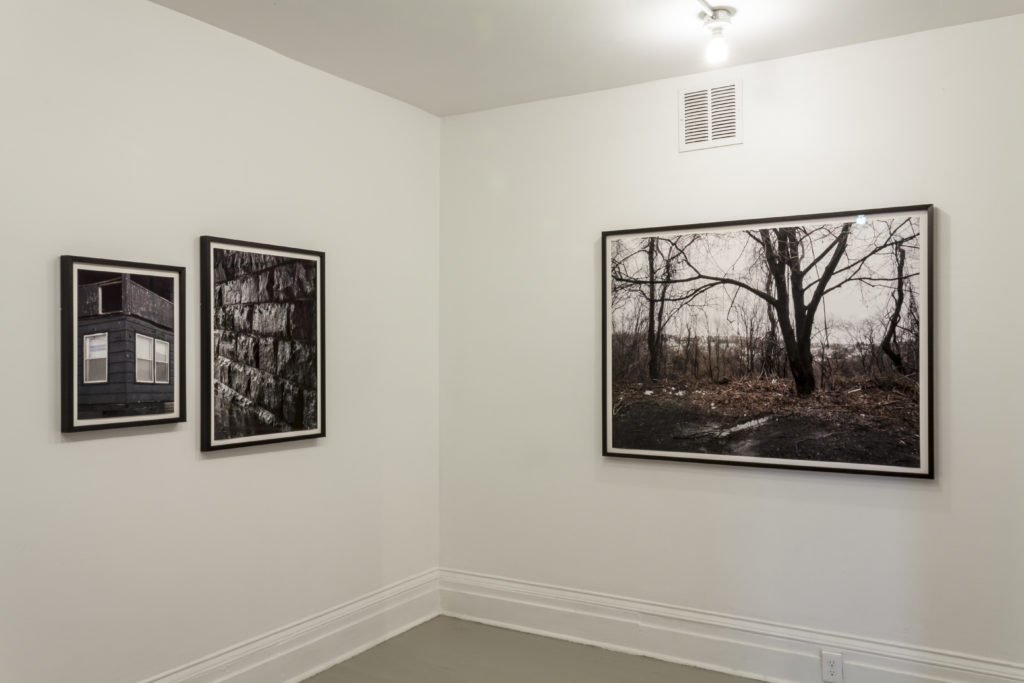 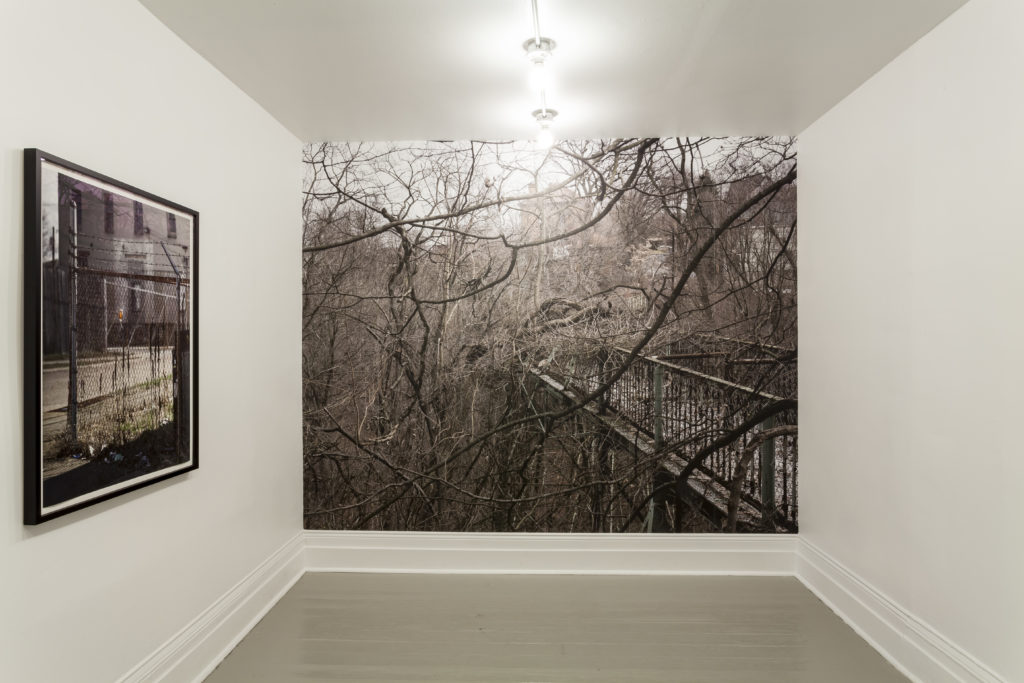 The Dropped Like Flakes, They Dropped Like Stars, draws its title from Emily Dickinson’s poem The Battlefield, written in response to the American Civil War and first published in 1896.

Since 9/11, the United States has committed record numbers of American troops to wars in foreign countries, and Seawright’s work has examined the impact of those engagements on American society. He is known for photographic landscapes that explore the nature of conflict, most notably in his home city of Belfast. His work from the battlefields of Afghanistan engaged most directly with the battlefield but in recent years his focus has been on the American landscape, from sites of military recruiting offices to U.S. television news studios. His work depicts the American city as a contested space that gives form to the fraying edges of American life. They Dropped Like Flakes, They Dropped Like Stars imagines the American landscape as a battlefield where returning soldiers take their own lives in unprecedented numbers.

Seawright has been meeting and interviewing survivors of the wars in Afghanistan and Iraq. The stories of their homecoming and of comrades lost to suicide have shaped this work.

Paul Seawright uses photography to explore the edges of civilized societal norms. His works reveal bleak and/or uncanny realities. From initial works depicting sites of sectarian killings in Northern Ireland, he has responded to international commissions on aspects of life in Afghanistan, Australia, The Netherlands, Italy and the USA. His photographs use atmospherics to conjure up a strong sense of unease about what is absent, maybe more so than what is present. He is Dean of Arts, Humanities and Social Sciences and the University of Ulster in Belfast.