White heat relentless unrelieved and constant as the sun pressed down upon the two dancers in Thirst Their bodies moved with slow focused control... 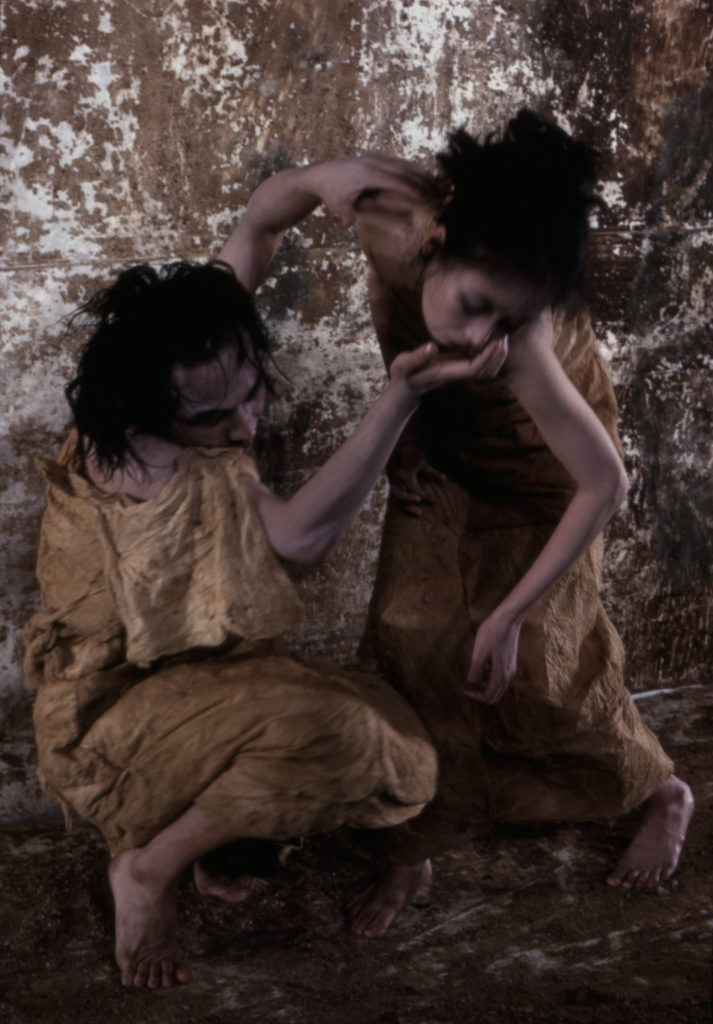 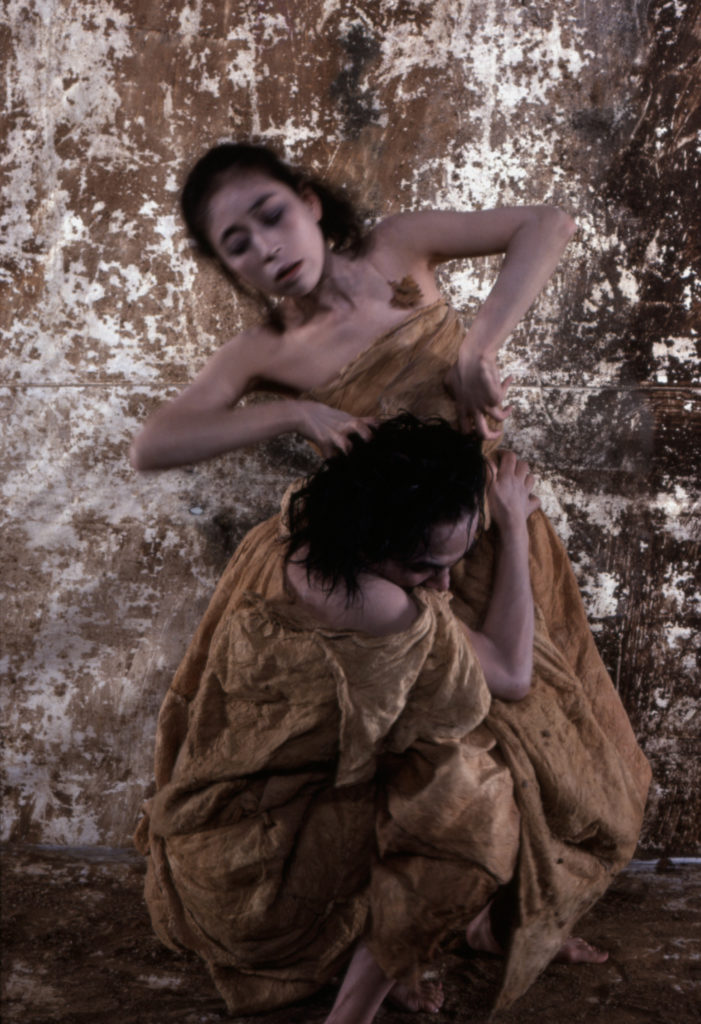 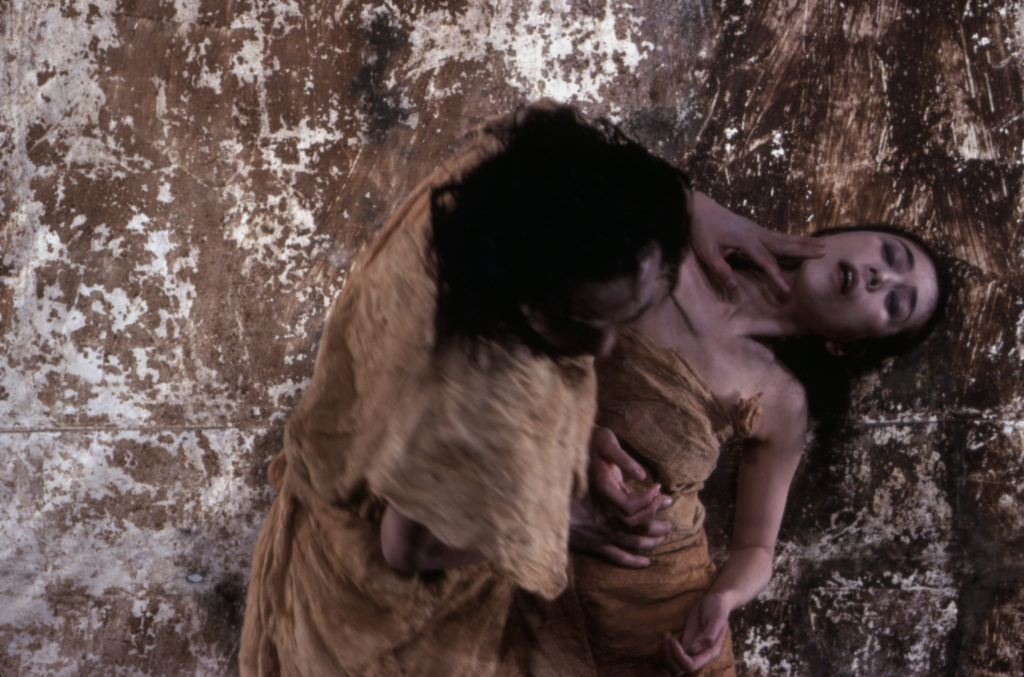 White heat, relentless, unrelieved and constant as the sun, pressed down upon the two dancers in Thirst. Their bodies moved with slow, focused control, almost imperceptibly towards one another. The man, weakened, tried in vain to share a handful of water with the collapsing woman. By clinging to each other, they eventually prevailed.

Since 1972, Japanese-born choreographer/dancers Eiko & Koma have created a unique and riveting theater of movement out of stillness, shape, light and sound. Eiko & Koma dance about what matters to them. Their subjects are elemental; their message pitiless yet humanistic. Both their choreography and stagecraft are characterized by bold, highly theatrical strokes. The result is stark, infused with relentless stillness that subverts and transcends our everyday notions of time and space. Eiko & Koma want the vulnerability of their own dancing bodies to invite the audience’s empathy.

They created three “living” gallery installations: Breath (1998) for the Whitney Museum, Naked (2010) for the Walker Art Center, and The Caravan Project (2013) for MoMA. Their multi-faceted Retrospective Project (2009-2012) consisted of new and restaged works, exhibitions, media works and a monograph of their works, Eiko & Koma: Time is Not Even, Space is Not Empty published by the Walker Art Center. In 2012, they began the Archive Project to curate their own legacy. Among other honors, they were awarded Guggenheim Fellowships (1984), two Bessie Awards (1984, 1990), a MacArthur Fellowship (1996), and an inaugural USA Fellowship (2006), Samuel H. Scripps American Dance Festival Award (2004) and the Dance Magazine Award (2006) for lifetime achievement in modern dance.

Born and raised in Japan and a resident of New York since 1976, Eiko Otake (b. 1952) is a movement–based, interdisciplinary artist. She worked for more than 40 years as Eiko & Koma, but since 2014 has been performing her own solo project, A Body in Places. In 2017, she launched a multi-year Duet Project that she will direct and perform with a diverse range of artists over the next several years.

Raised in Japan, and based in New York since 1976, Takashi Otake (b. 1948) collaborated with Eiko for 40 years. Since 2014, Koma has been working on his first multi-disciplinary interactive solo project: The Ghost Festival, which he dances with his paintings. Koma was honored to be among the first round of artists selected for the Doris Duke Performing Arts Awards (2012).