This piece doesn’t have a title yet 1989

Beyond a cage-like door are 1100 six-packs of red white and blue beer cans completely lining the walls Silver scaffolding fences them in draped... 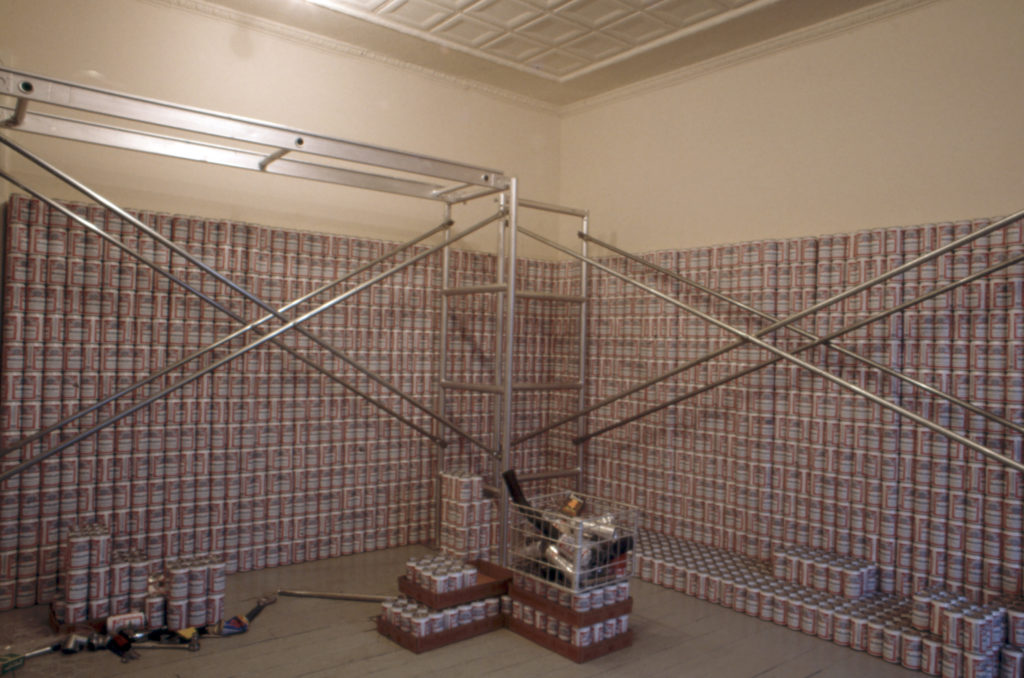 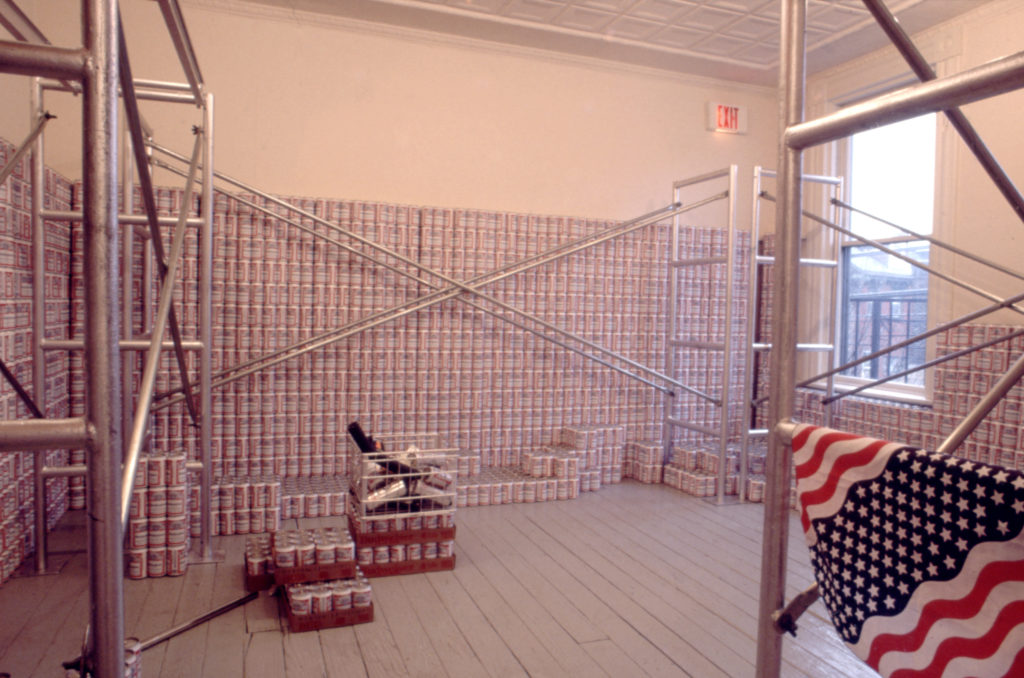 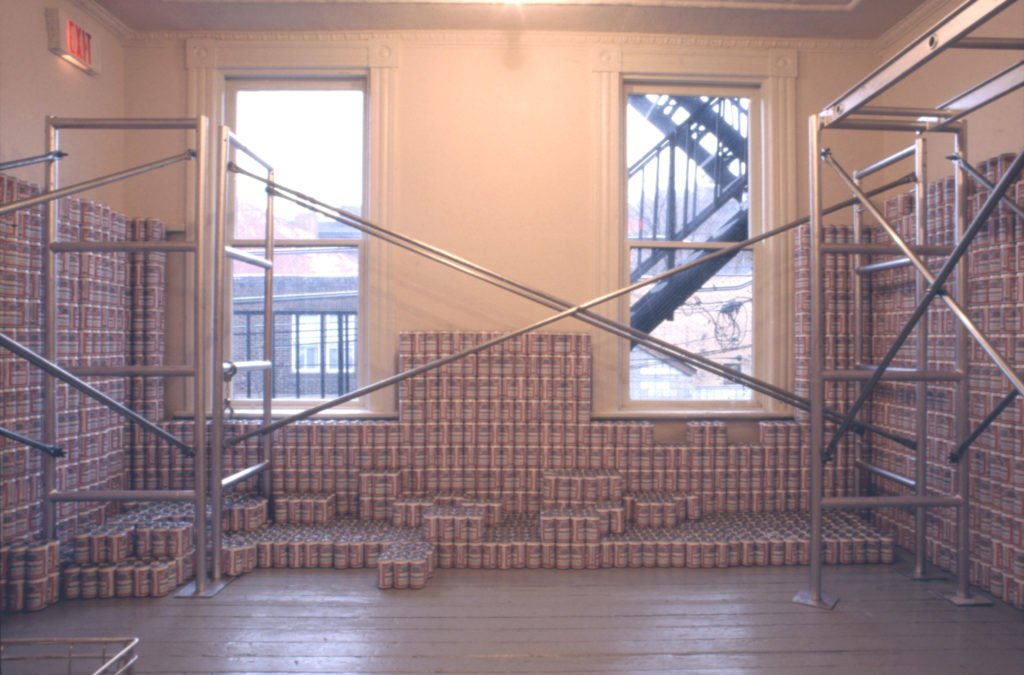 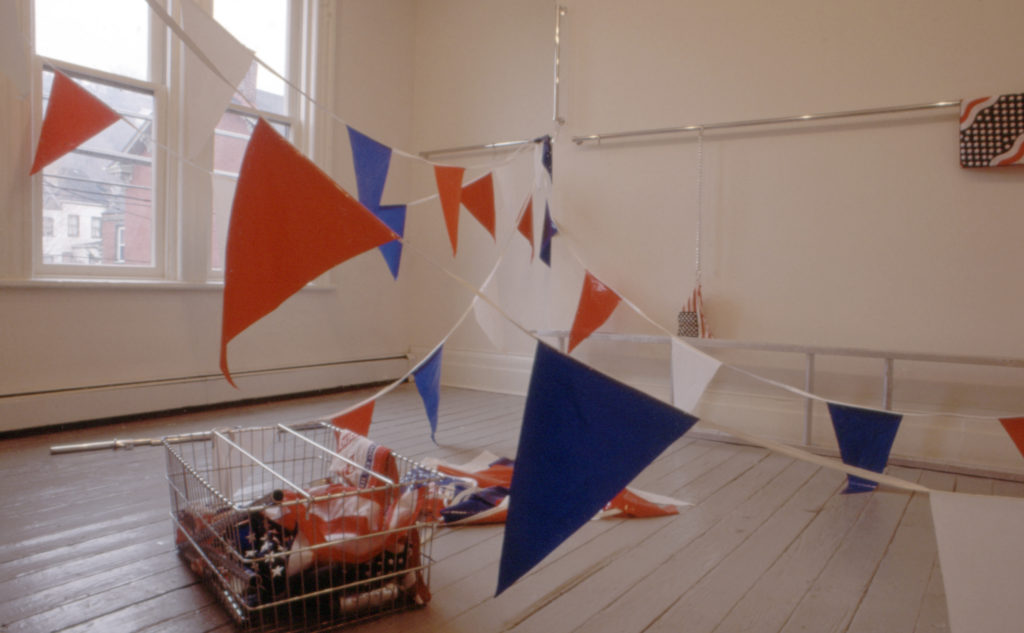 Beyond a cage-like door are 1100 six-packs of red, white and blue beer cans completely lining the walls. Silver scaffolding fences them in, draped in Budweiser banners and American flags. Tools and equipment lie at random on the floor, left where the artist last used them.

In the adjoining room, more flags and vinyl banners hang from gleaming chrome bars attached to the walls. Others are bunched in metal baskets or scattered about. A pair of handcuffs and two seat belts hang on a side railing.

Cady Noland was born in 1956 in Washington, D.C., the daughter of painter Kenneth Noland. After earning a BA from Sarah Lawrence College in Bronxville, New York, she settled in Manhattan. She began to create artworks with found objects in 1983 and had her first solo exhibition five years later at White Columns in New York. Her collages, sculptures, and mixed-media installations examine the underbelly of the American psyche, specifically our fascination with celebrities, violence, and psychopathological behavior. Her aesthetic vocabulary integrates strategies historically associated with Pop art, Minimalism, and Post-Minimalism, with its specific antecedents in the anti-form and scatter sculpture of the late 1960s.

Mixing food with the bed