At edge of the Mattress Factory Garden the museum visitor confronts a fence six feet tall and eighteen feet long Letters cut out of... 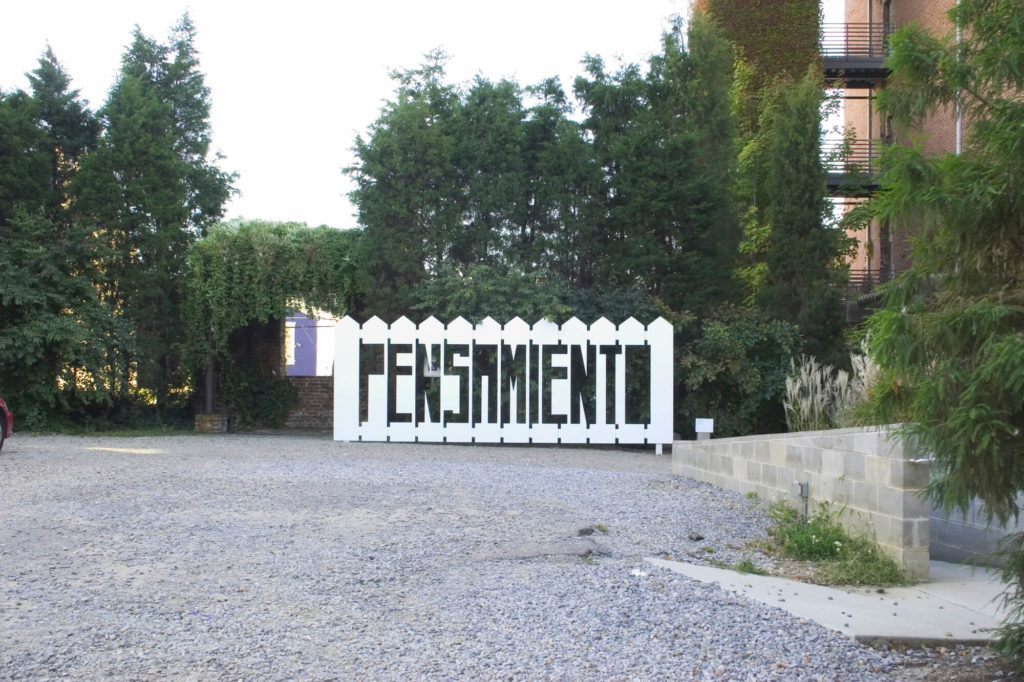 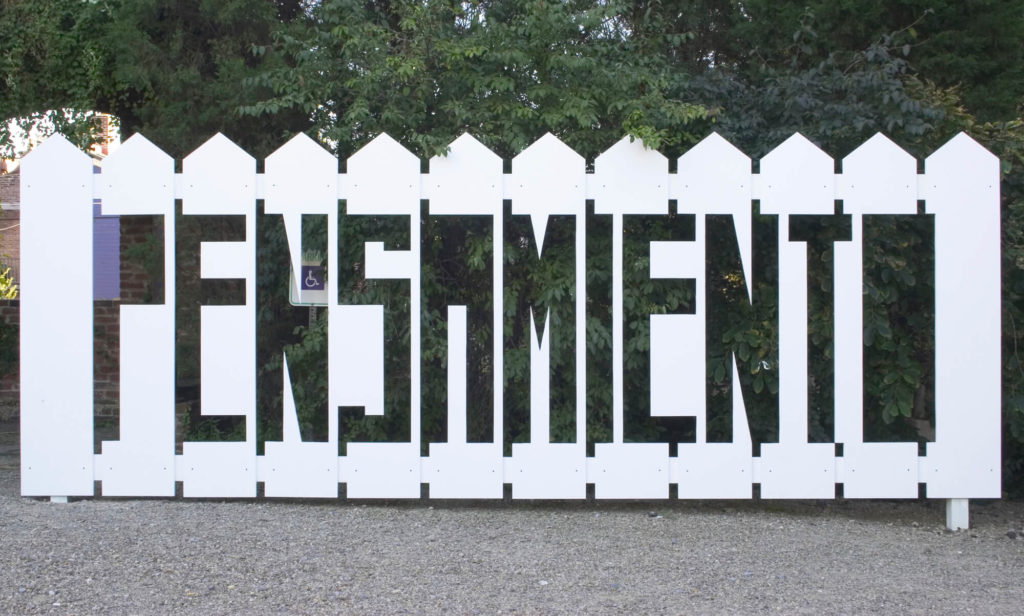 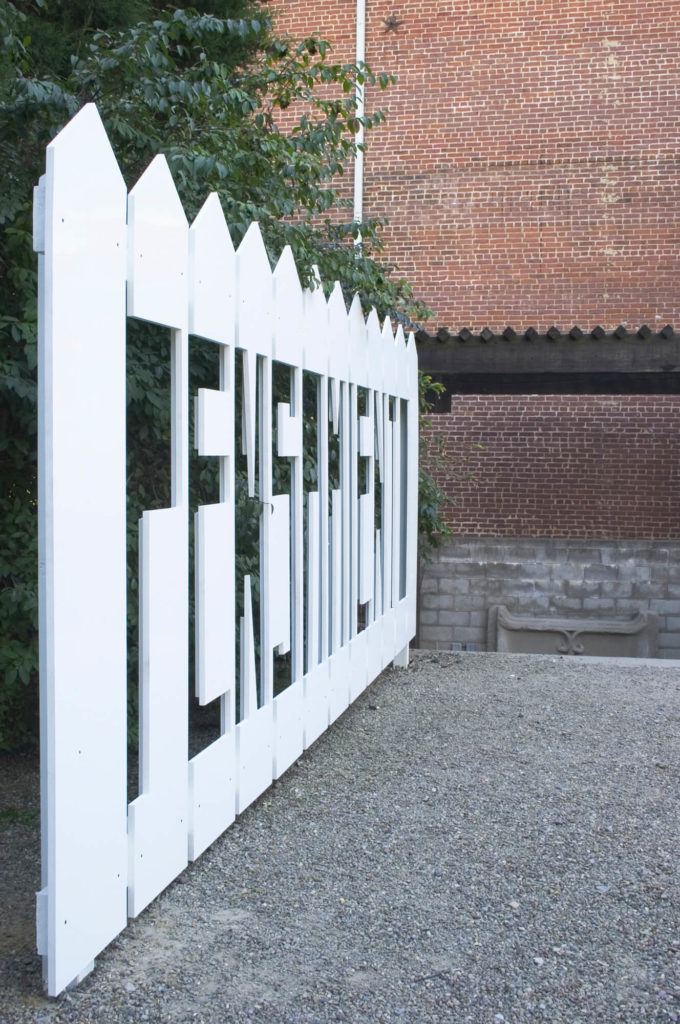 At edge of the Mattress Factory Garden, the museum visitor confronts a fence, six feet tall and eighteen feet long. Letters cut out of the white plastic spell out PENSAMIENTO, “thought” in Spanish. The cutout letters allow the viewer to see into the Garden, while at the same time, it fences them out.

Iván Capote, part of a daring generation of Cuban artists that emerged in the late 1990’s, contributed to reshape the contemporary art scene on the island. Iván, much like his brother Yoan Capote, quickly established himself as one of the most exciting and talented Cuban artists from his generation. His work is deeply marked by the exploration of text in aesthetic discourse and the way in which it can be used to make social or political commentary. His works take on an interactive role and encourage the public to actively participate in unscrambling his works.

Iván Capote’s reductive approach to sculpture and installation draw out an honest simplicity that resonates with people from all backgrounds, allowing the viewers to impose their own conceptual understandings and meanings onto Capote’s work. Like many other Cuban artists, Iván deals with the unstable economic and political status of his country, however, it is in his simple act of reflecting on human issues and concerns that resonates most with individuals.

His mechanical installations and documentations of laborious processes explore the way history is created and erased. He has been featured in the 7th and 8th Havana Biennials and in solo exhibitions in Havana, Paris and Zurich. Iván Capote was included in the group shows Killing Time: An Exhibition of Cuban Artists from the 1980s to the Present in 2007 at Exit Art, and States of Exchange: Artists from Cuba in 2008 at Iniva (Institute of International Visual Arts). Internationally known and critically acclaimed, Iván Capote’s work has been sold in most large auction houses such as Christie’s and Sotheby’s. He attended the Escuela Vocacional de Arte in Pinar del Rio, Cuba from 1985-1988; and the Escuela Nacional de Arte in La Habana, Cuba from 1988-1992.