On a narrow wall to the left of a chimney breast the artist has drawn a tall rectangle with black graphite that stands out... 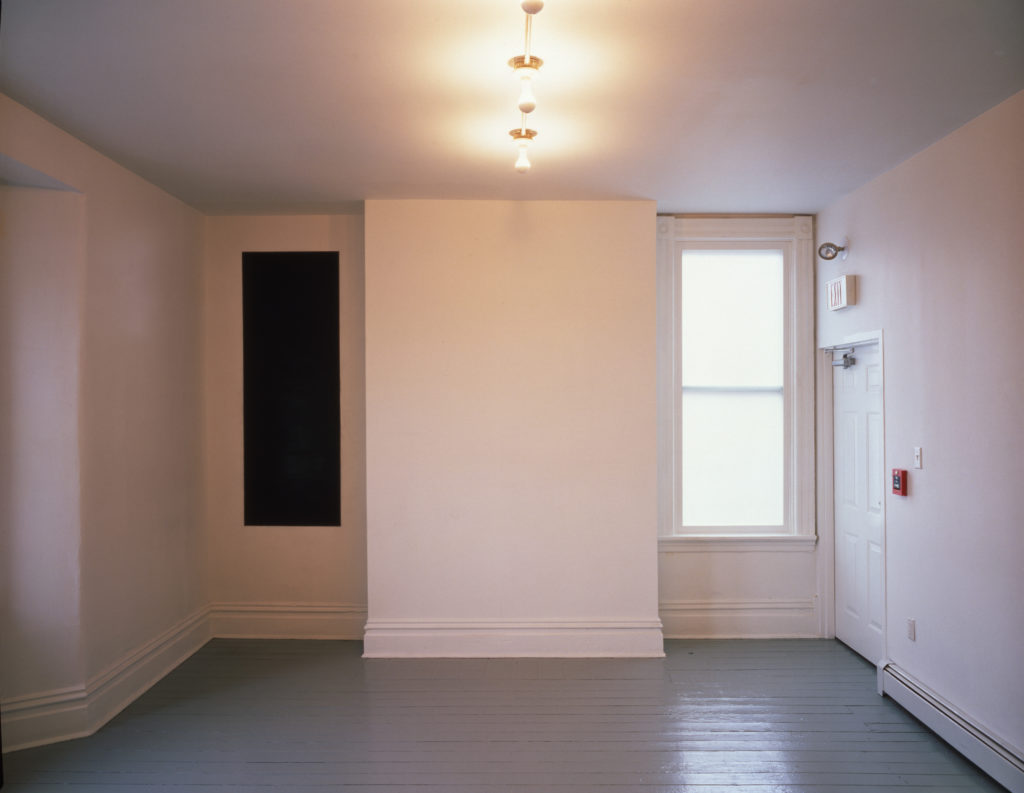 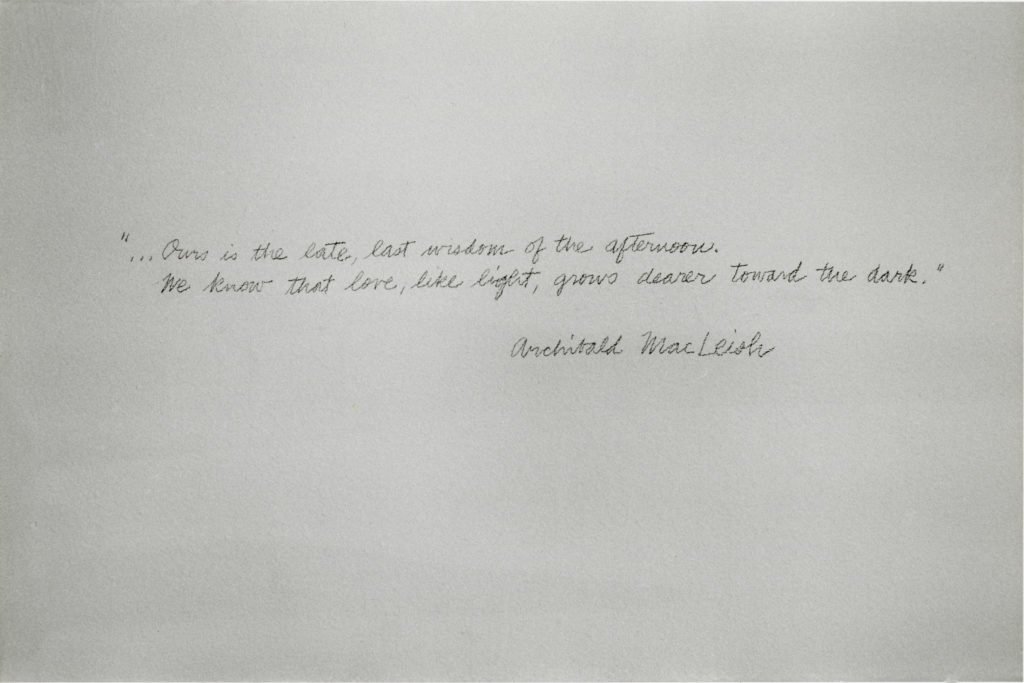 On a narrow wall to the left of a chimney breast, the artist has drawn a tall rectangle with black graphite that stands out window-like. It mirrors a translucent, sandblasted panel of glass covering a window opening of the same dimensions on the other side. The blacks are various and subtle. Glimmers of color hide beneath the textures.

Across the room, on a white wall, the artist has copied lines from a poem by Archibald MacLeish: “…ours is the late, last wisdom of the afternoon. We know that love, like light, grows dearer toward the dark.”

This piece came to me from being in this room and from the memory of being in another room like it. Finding the room itself so pleasing, high up, empty of everything but light, I looked to see what was there. I saw a room that was also a passageway into other rooms, with four high white walls, a floor, ceiling, door and two large windows. Rectangles of glass and light cut into and embedded in the walls, bringing the outside light, air and sights inside.

I worked on one wall that had two like recessed spaces formed and separated by the bulk of what once must have been a hearth. One of these spaces held a large rectangular window and its light, the other a plaster wall in some shadow.

I played around, taping sheets of translucent paper that were the same size to the plaster wall and the window, isolating and clarifying the shape of the light, keeping the light in the room, letting go of the outside and finding the dimensions of this piece.

I drew on the painted plaster wall. I exposed the rough plaster underneath and drew on that. I cut into the wall and then dug it out. The hollow, which by now was the same size and shape as the window glass, I filled with new, smooth, white plaster. And then I drew on this, layers and layers of dark marks, sinking in until a dense black darkness was embedded in the cold plaster in the wall in this room.

Then I covered the window with a single sheet of sandblasted glass. Sometime in the middle of all this I wrote those words, words I have known for a long time, on the opposite wall.

Kathleen Montgomery is a visual artist who makes drawings, limited edition prints, three-dimensional objects and site-specific installations. Whether purely abstract or tending toward the figural, the minimal elemental forms in her work emerge from an exploration of the materials she chooses to use, the physical experiences these materials make available and the spaces in which this exploration takes place.

Her work is in the permanent collection at the Carnegie Museum of Art and the Heinz Endowment.

Peonies in Winter Spring in Cranford

Mixing food with the bed

This piece doesn’t have a title yet