Without any special processing effects except changing the shape of the TV projection Catala 8217 s TV Blobs achieve an effortless mass and volume... 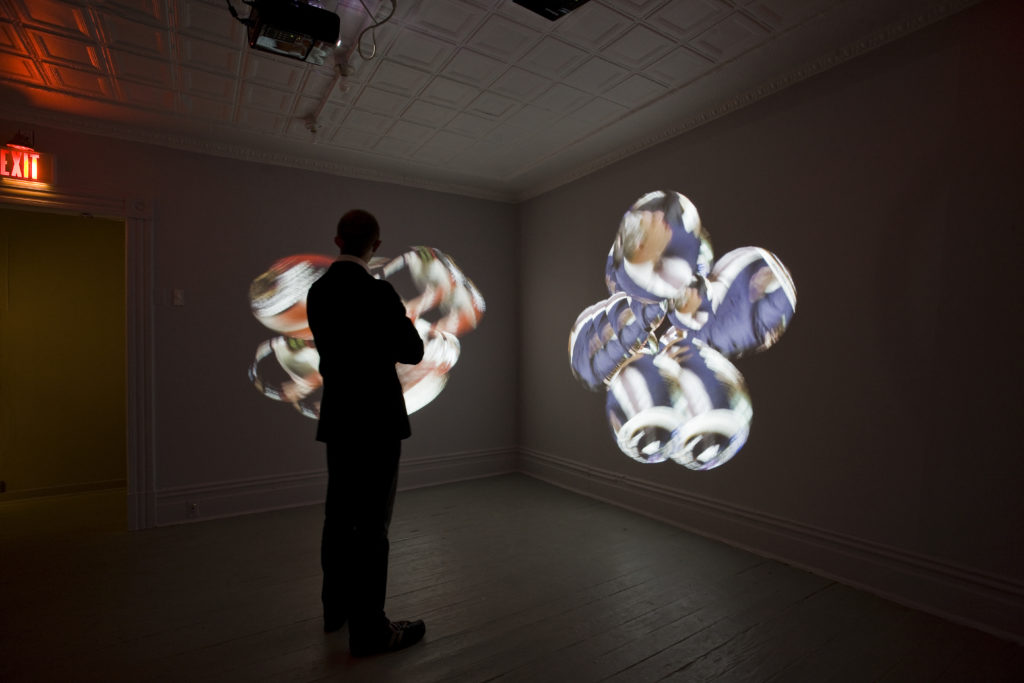 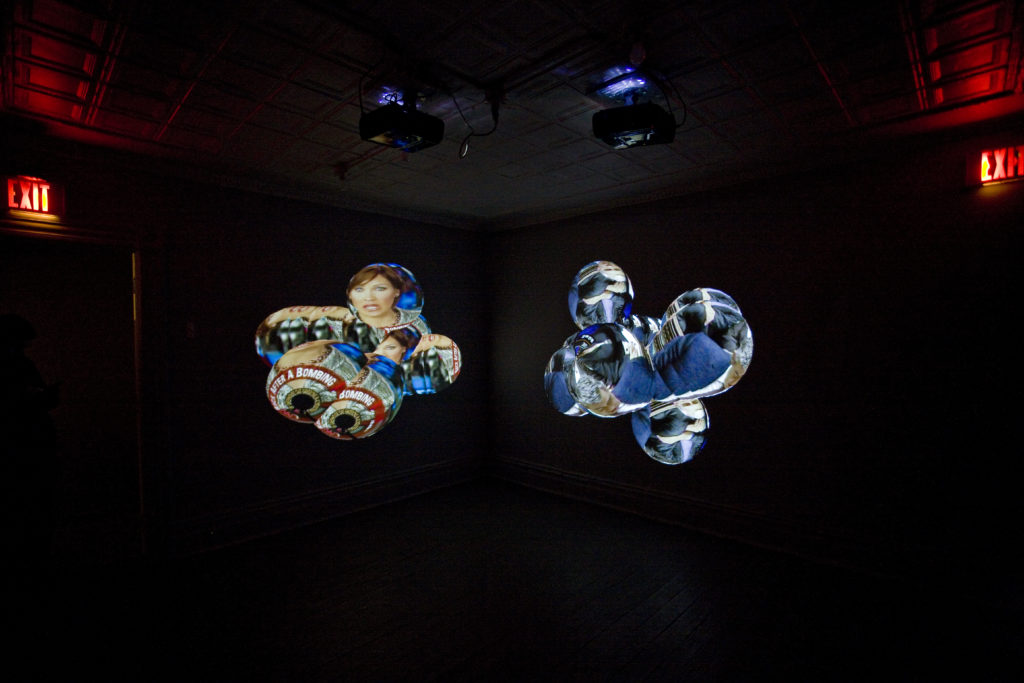 Without any special processing effects, except changing the shape of the TV projection, Catala’s TV Blobs achieve an effortless mass and volume. Looking as if they are TV birthday balloons, floating with ease and kaleidoscopic effect above the viewer, they deliver a satisfying sculptural as well as cultural statement. They appear, at once, “highly technological and fairly stupid” — and vulnerable (one could imagine popping them with a pin). The tension between the violence of the broadcasting of 24 hour news, advertisements, sit-coms, soap operas, reality shows, etc. and the highly aestheticized nature of their forms (they are like gorgeous designer specialty items —i.e. new fangled furniture, curtains, banners) make the TV blobs both menacing and seductive. They are fun to look at — entertaining, addictive forms. And easy to make: they are produced with a pre-packaged software program. Like Pumpkin’s distortion effects, the production was painless: “The piece took me 7 minutes to record, I pressed play and recorded.” In the spirit of video wallpaper or screensavers, the TV Blobs are page holders — they force us to look at the lowest common denominator of our mediated culture.

Antoine Catala creates new and playful relations between language and reality. Exploring miscommunications, he seeks to unearth some of the ways in which meaning is transmitted via words, signs, texts, emojis – especially across communication platforms. Through his text works and sculptural installations he draws attention to how – often unthinkingly – the way the message is transmitted, rather than the message itself, affects us.