For this untitled project Mary Temple is engaging in a daily drawing practice that began during her residency and will continue through the run... 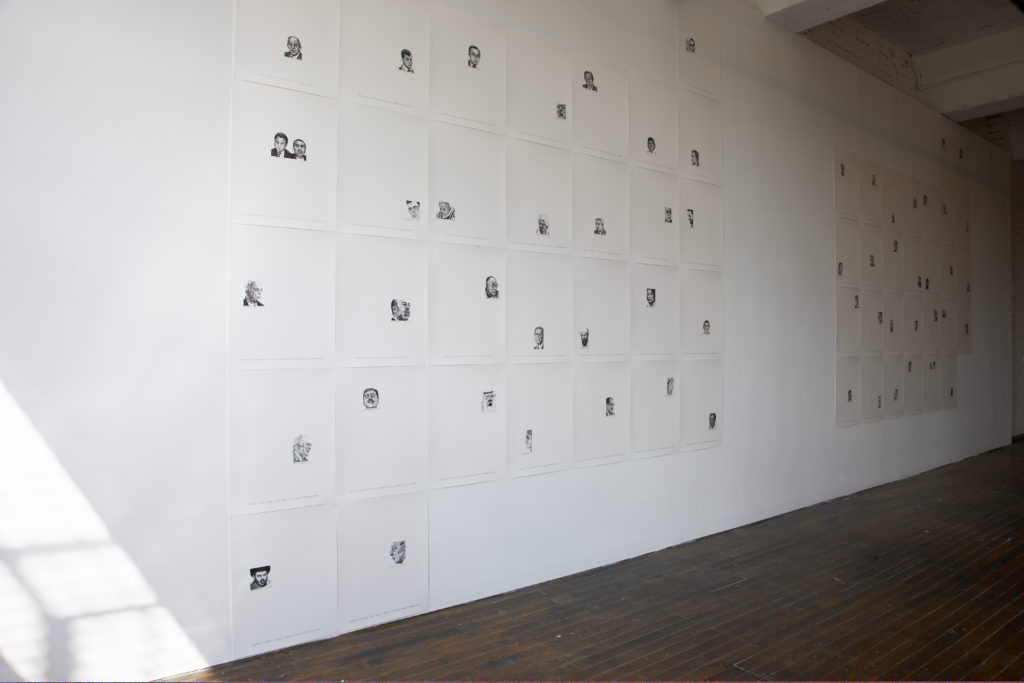 For this untitled project, Mary Temple is engaging in a daily drawing practice that began during her residency and will continue through the run of the exhibition—for a total of one year. The work is both open-ended and has duration. The timeliness of “today’s” drawing will become tomorrow’s news. Each day a hand drawing is scanned by the artist and emailed to the Museum staff, who then print it out and hang the exhibition copy within a calendar format in the gallery.

After reviewing a number of news sites on the Internet, Temple chooses a story and an image of a world leader and makes an ink drawing of that person, placing them within the white field of the drawing paper. She then writes a line of text at the bottom of the page to illustrate the day’s story. Temple locates the portrait according to the level of hopefulness that the story engenders for her. The portraits on the pages/days create a musical notation of the ebb and flow of optimism and pessimism—of the betterment and detriment to our world. Stepping back, you read the calendar like a musical score and take the pulse of the three months exhibited at a time.

The dissemination of the image and its transposition from medium to medium is a key to the work—from the original photojournalist’s shot, to digital file on the Internet, to Temple’s translation into hand-drawn image ink on paper, back to digital file and, lastly, onto a piece of paper hung in the gallery.

Temple is the recipient of the 2010 Saint-Gaudens Memorial Fellowship, the 2010 Basil Alkazzi Award for Excellence in Painting, a 2010 and 2007 NYFA Fellowship in Painting, and was NYFA’s Lily Auchincloss Fellow in Painting in 2007.