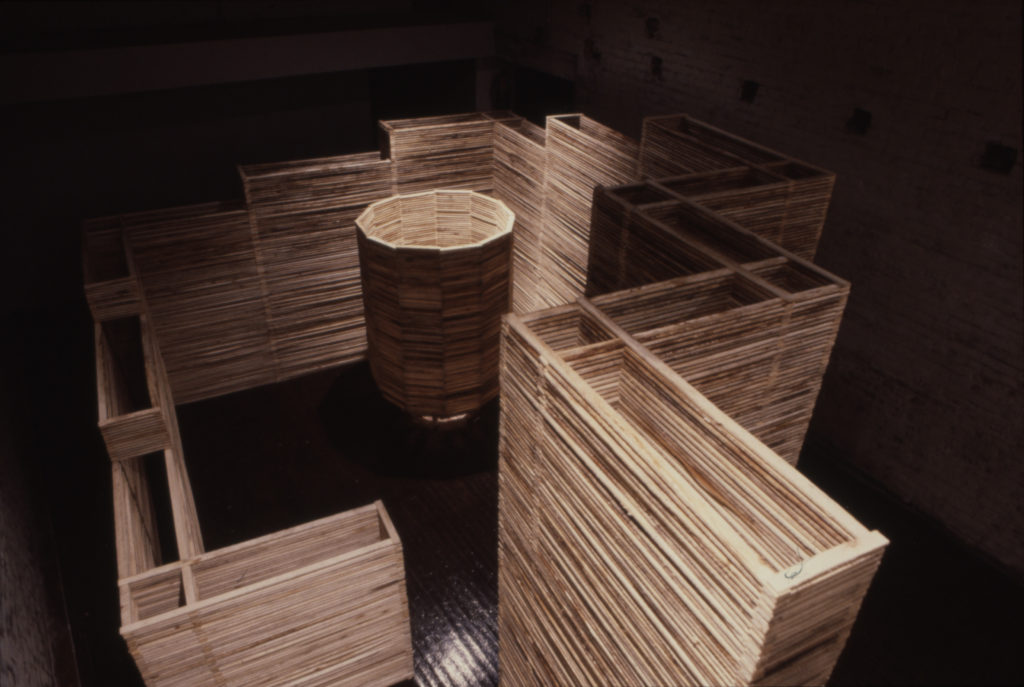 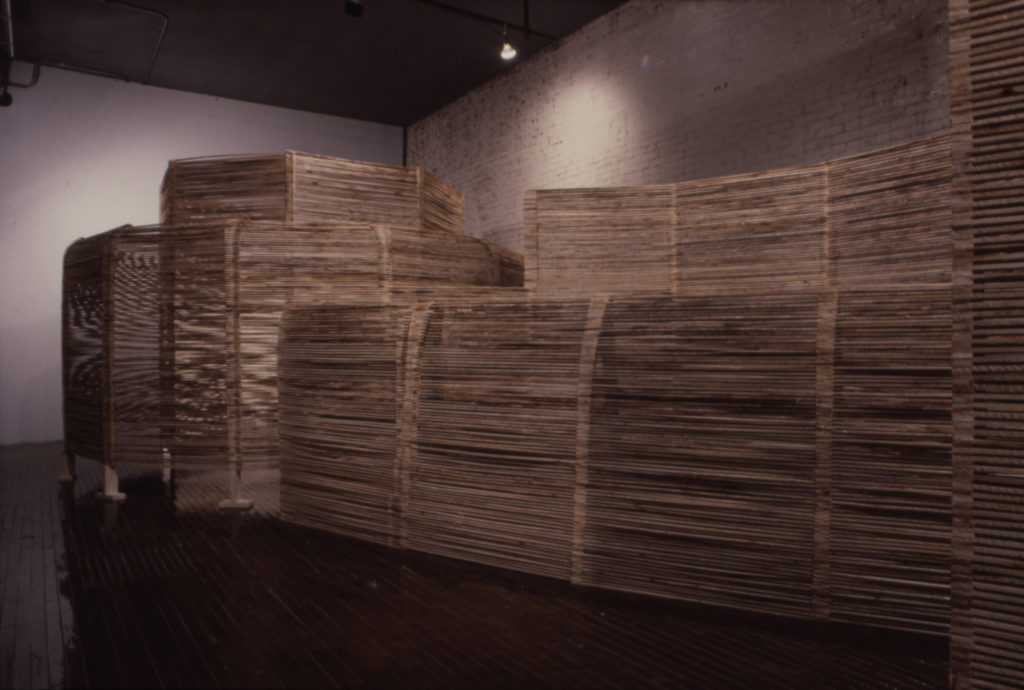 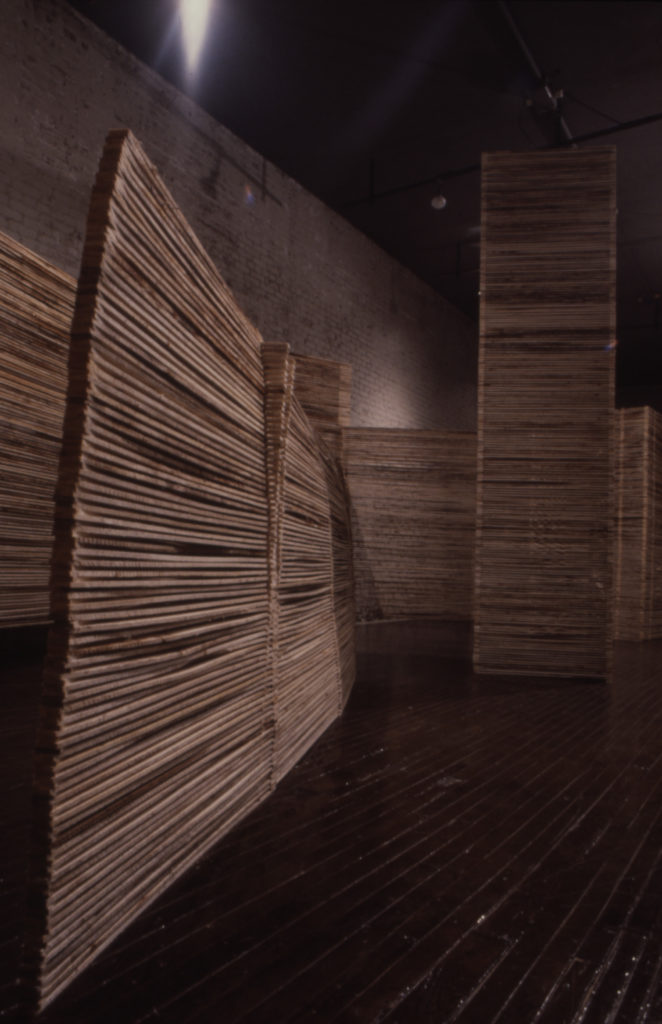 Thousands of pieces of wood lath are stacked to make architectural and organic forms. High towers, overturned boats, large urns, and walls become almost transparent because of the spaces between the criss-crossed wood. Each piece of lath has been deliberately placed atop another, sometimes parallel, sometimes at an angle. Engineered with neither nails nor glue, the forms stand by strength of balance and gravity.

There in no mystery in how I work; everything should be evident: the material, the method, the fragility, the space.

I want things to be clear and direct. But each construction/reconstruction strengthens and weakens, reveals and conceals, enlightens and confounds, and the familiar appears unfamiliar again.

Repeated elements, repeated structures in different locations. Something left off the end and added to the beginning. Permanence through renewal.

So I want to be clear, and it must be singular, and it has to stand on its own.

Edward Mayer is a Professor and Sculpture Area Chair at the University at Albany, SUNY. He holds a BA from Brown and a MFA from the University of Wisconsin, and has taught at Ohio University and Tyler School of Art, Rome, Italy. His work has been exhibited throughout the United States, Germany and Brazil.