A billboard print enlarged from a photograph made with a pinhole camera lines the room like wallpaper Printed in color from a black and... 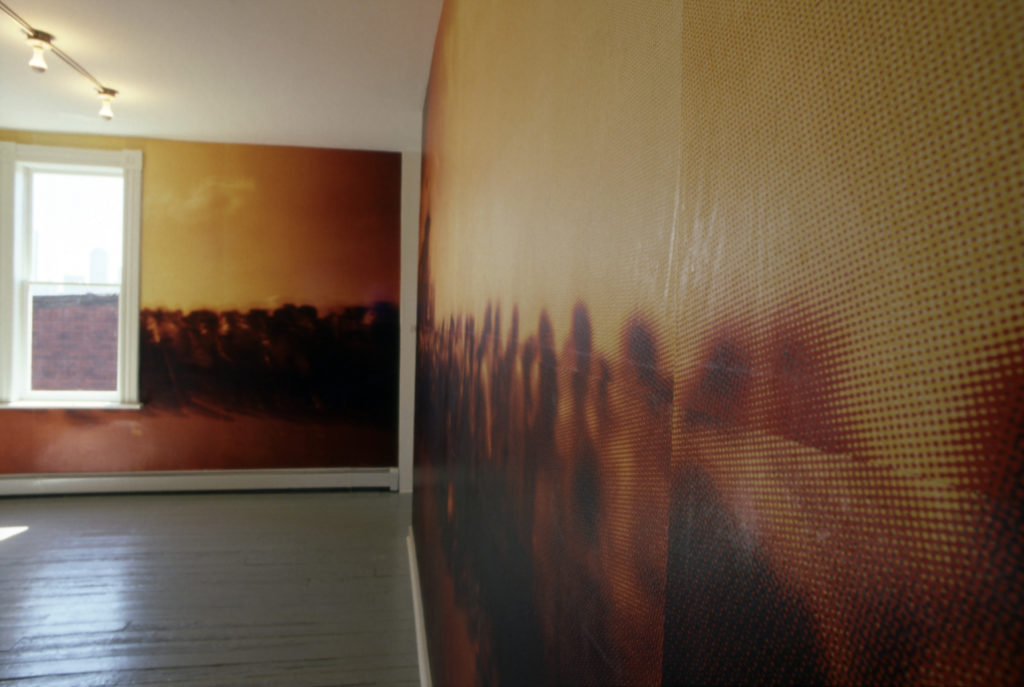 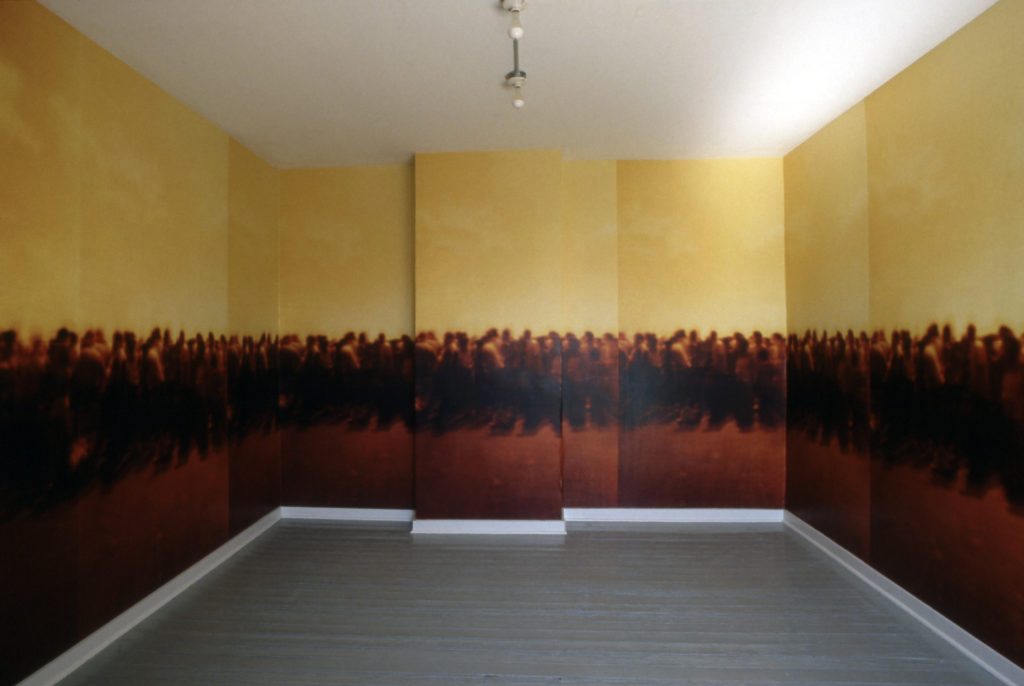 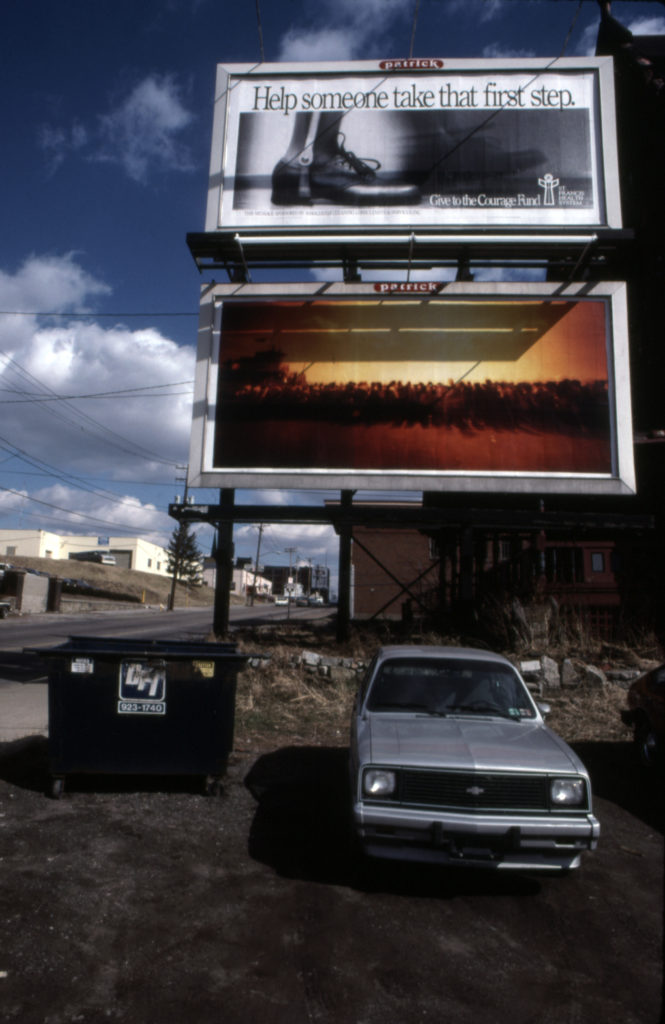 A billboard print, enlarged from a photograph made with a pinhole camera, lines the room like wallpaper. Printed in color from a black and white negative, the image has been reproduced in a medium never intended to be viewed from inches away. It shows tourists waiting to board the ferry for the Statue of Liberty, but through the eye of the primitive instrument, it might be a hazy mass of people crowding against each other in a frantic scene of escape. Another print covers a billboard, mounted high above a city street.

The photo billboard that I did at the Mattress Factory in 1988 reversed the usual recontextualization of photo-based work being done now. Instead of placing advertising material in an art context, the billboard put “messageless” art in a place normally reserved for advertising.

The original photograph was an image of a long line of people waiting for a boat. The billboard was repeated a number of times in the middle sections and was used also to wallpaper an entire room at the Mattress Factory.

The placement of the billboard in Pittsburgh (a city of three rivers and many bridges) was well-chosen and somehow made subliminal sensed‹right near one of the bridges. Just after crossing the bridge in a car, you suddenly came upon this image of people on land by water waiting for a boat. In the room the image also made a kind of metaphoric sense. When the room was empty, it was nevertheless filled with people. At the opening with many people standing around, the wallpaper seemed like and extension of the contents of the room.

Barbara Ess is an artist living and working in New York City and Elizaville, New York. She uses photography, video and sound to make her work, which has been shown widely in the United States and Europe, as well as Japan and Australia. She has exhibited at the High Museum of Art, Atlanta, GA; Curt Marcus Gallery, New York; CEPA Gallery, Buffalo, NY; the New Museum of Contemporary Art, New York; and Faggionato Fine Arts, London, England. Her work can be found in collections at the Whitney Museum, New York; the San Francisco Museum of Modern Art; the Art Institute of Chicago; and Musee d’Art Moderne, Paris. She is an Associate Professor of Photography at Bard College and teaches at the Milton Avery Graduate School of the Arts.