Anastasi has been creating timed drawings while blindfolded for close to forty years The radius of this circular wall drawing is equal to the... 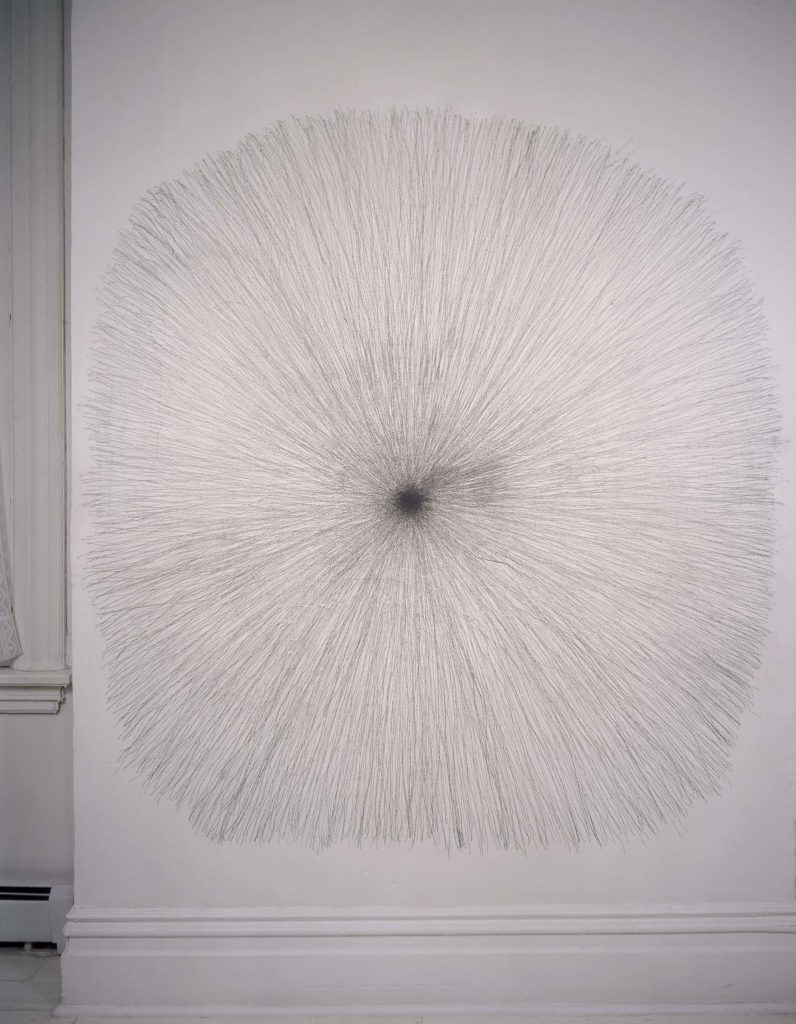 Anastasi has been creating timed drawings while blindfolded for close to forty years. The radius of this circular wall drawing is equal to the artist’s reach and refers to the relationship of the human body to geometry, illustrated by Leonardo DaVinci’s Vitruvius man, whose height and arm span define the measure of a circle and a square. October 4, 1997, 16:02 – 16:48

William Anastasi is one of the founders of both Conceptual and Minimal Art – relevant works were made before the movements were named. These works, starting in 1961, include Relief and Microphone, among the earliest examples of Conceptual Art. Between 1963 and 1966, we have Sink – a clear demonstration of entropy – and Issue and Trespass – important forerunners to an entire class of works involving deconstruction. Sink (which combines his Conceptual and Minimal approaches) and En Route, are among the earliest forays into Minimal Art. Holding that after Duchamp there was no earthly reason why a blind man could not be an artist, his unsighted drawings were also started in 1963. His 1966/67 Six Sites broke the ground for an entire genre of exhibitions under the rubric Site Specific. Underlying his practice is his sense that the only thing that interests him about taste is that it is always changing.

One Gallon High Gloss Industrial Enamel, Poured on an Incision

It’s all about ME, Not You