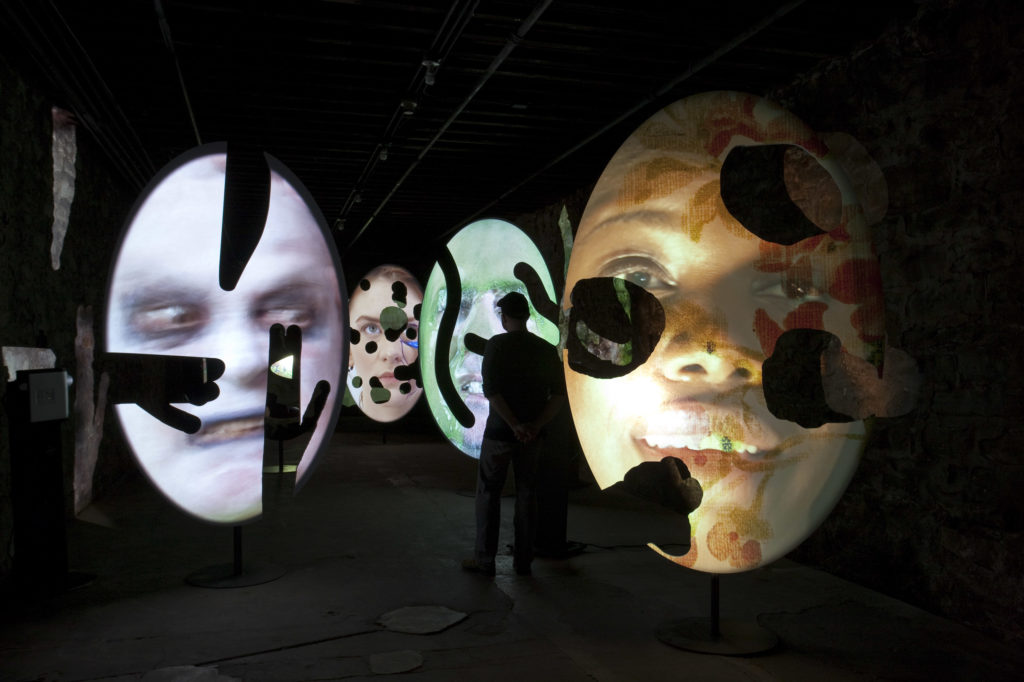 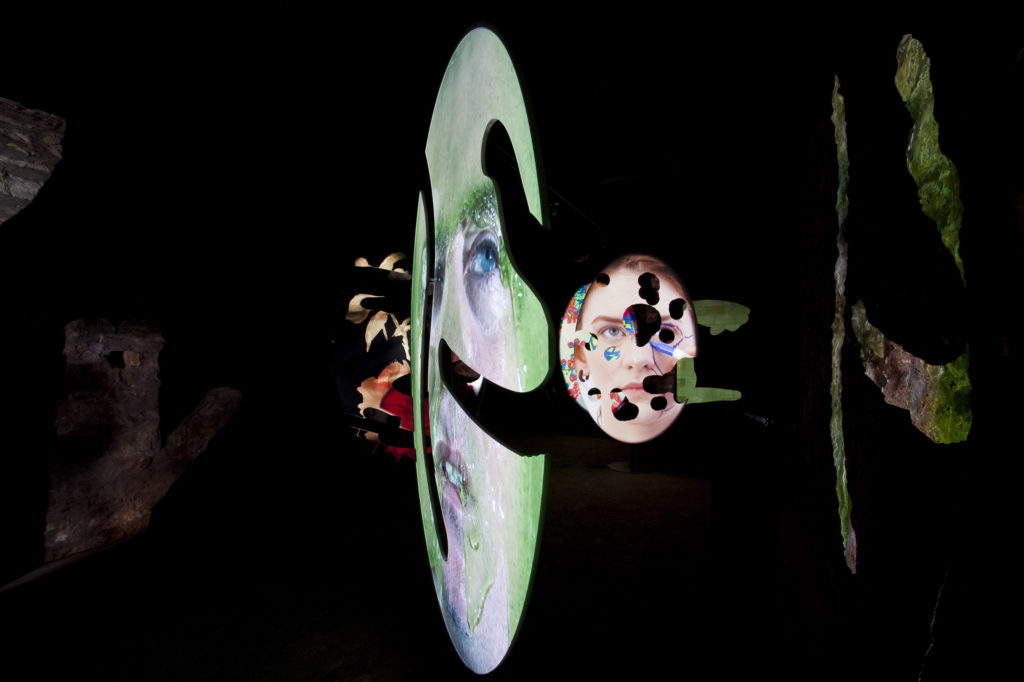 In Vampiric Battle, we find strange creatures reminiscent of a science fiction film or surrealist dream sequence. Oursler addresses the issue of facial alteration and reveals his attentiveness about how we now live in a world where the idea of ‘lookism’ is one of the most pervasive but denied of prejudices. Increasingly women are trying to mimic the beauty of the adolescent and in doing so join the universal obsession with clear skin and the various ruses to mimic it. Cosmetics, expensive creams, Botox and ever more facial plastic surgery, is all about the illusion of youth and fertility and the innate desire to attract a mate. Such desires for eternal youth evoke the legend of vampires and “The Picture of Dorian Gray” and the extreme methods pursued. Therefore, looking at the effects that cosmetics and plastic surgery have had on our society are worth looking at to show how appearance obsessed society has become and how we as humans have evolved to cover up our problems with ourselves rather than embracing them.

Tony Oursler is an artist who embraces modern technology as a means of probing our inner selves, be they obsessive, delusional, comedic, or all of the above. Oursler animates non-living objects with the use of projectors and deals with communication and lack of communication in contemporary society. Along with Bill Viola, Bruce Nauman, Gary Hill and similar artists, he is among the most outstanding media creators who have employed this technique in a totally different manner. He animates the inanimate and explores both real and imagined space. Oursler has broken new ground in the world of video art by freeing the image from the cumbersome boundaries of the video monitor, conventional film screen and picture frame. Instead, he projects images on a variety of surfaces such as smoke, cotton balls, antennae, water and mirrors. Underlying much of his art is the belief that contemporary man has lost control, both of himself and of his environment. These concerns are often expressed within a political context. His video and multimedia works take the form of a low-tech, expressionistic theater that is singular in contemporary art. Willfully primitive, often grotesque, and crafted with an ingenious handmade sensibility, his psycho-dramatic landscapes are fabricated within the ironic vernacular of pop culture. His idiosyncratic fictions are bizarre narrative odysseys through psychosexual delirium and the detritus and artifacts of mass culture. Oursler’s technological configurations are not only plugged into philosophical issues of identity and abjectness, but his uncanny virtual beings tap into a disorienting array of social, psychological, and existential issues.