I think everybody has at least once in their life listened to the walls. It is fascinating to participate without being seen in the life and actions of others. Sometimes we are forced to take part in the life on the other side of the walls... 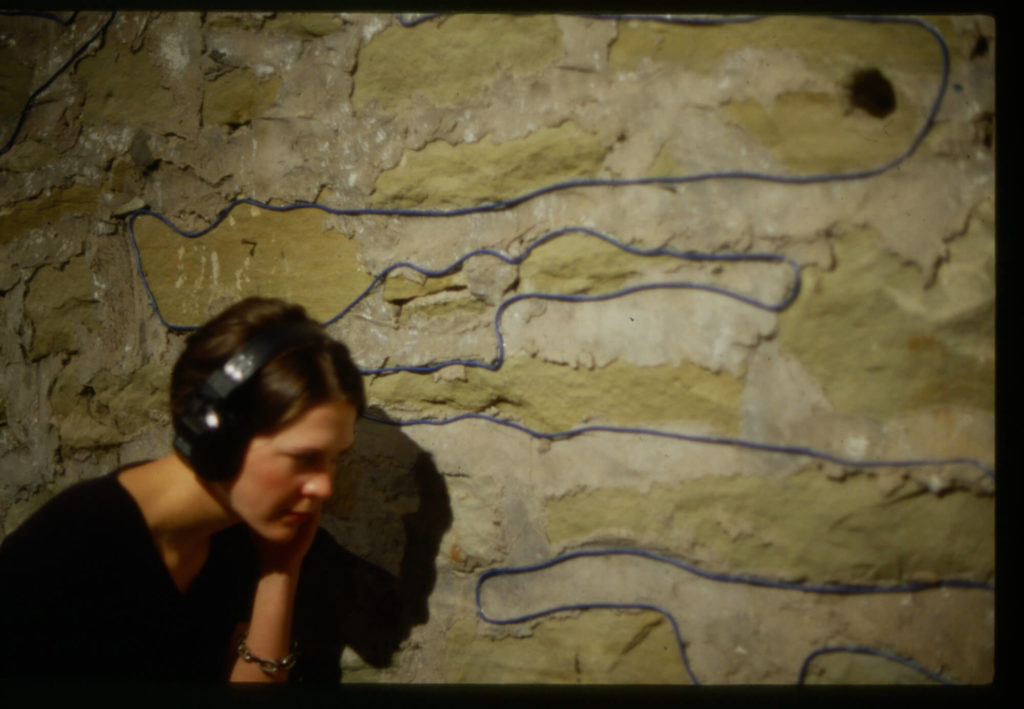 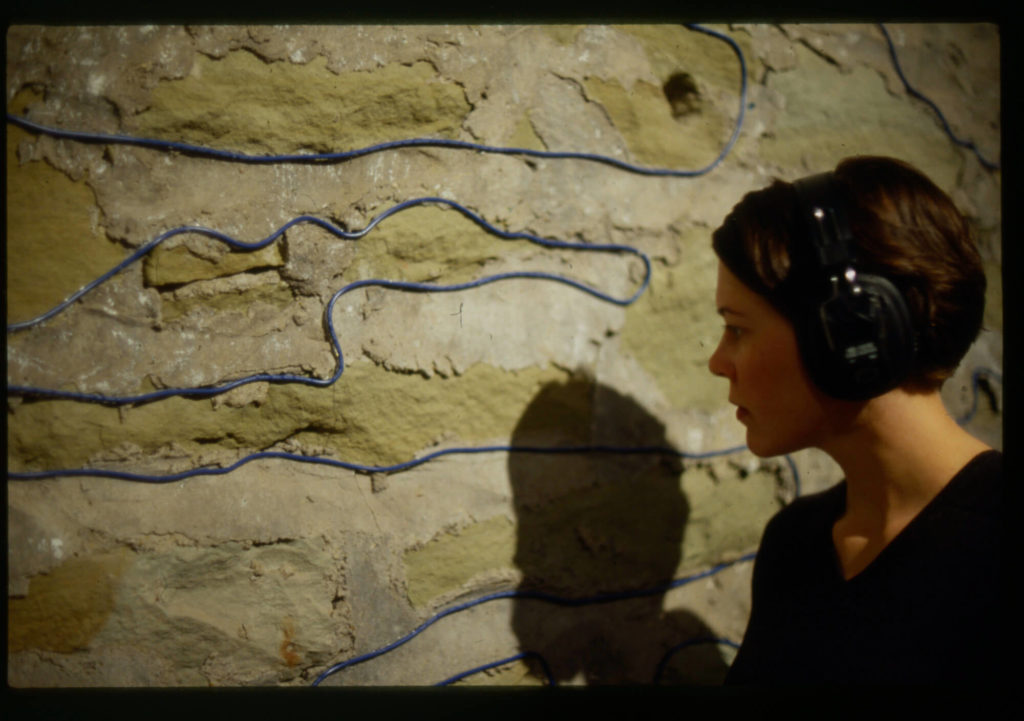 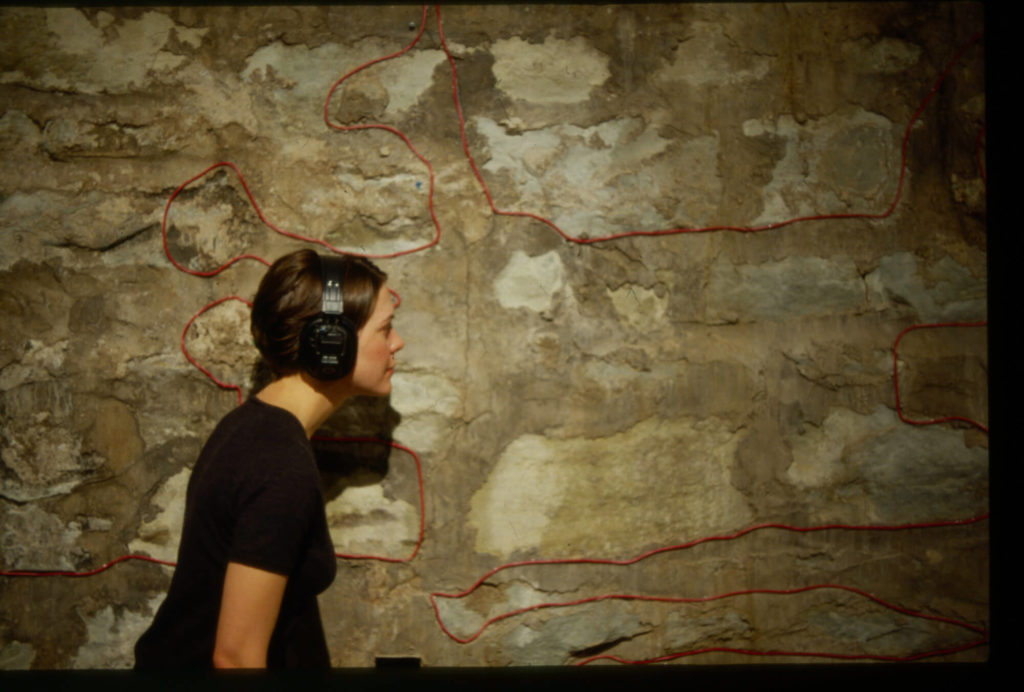 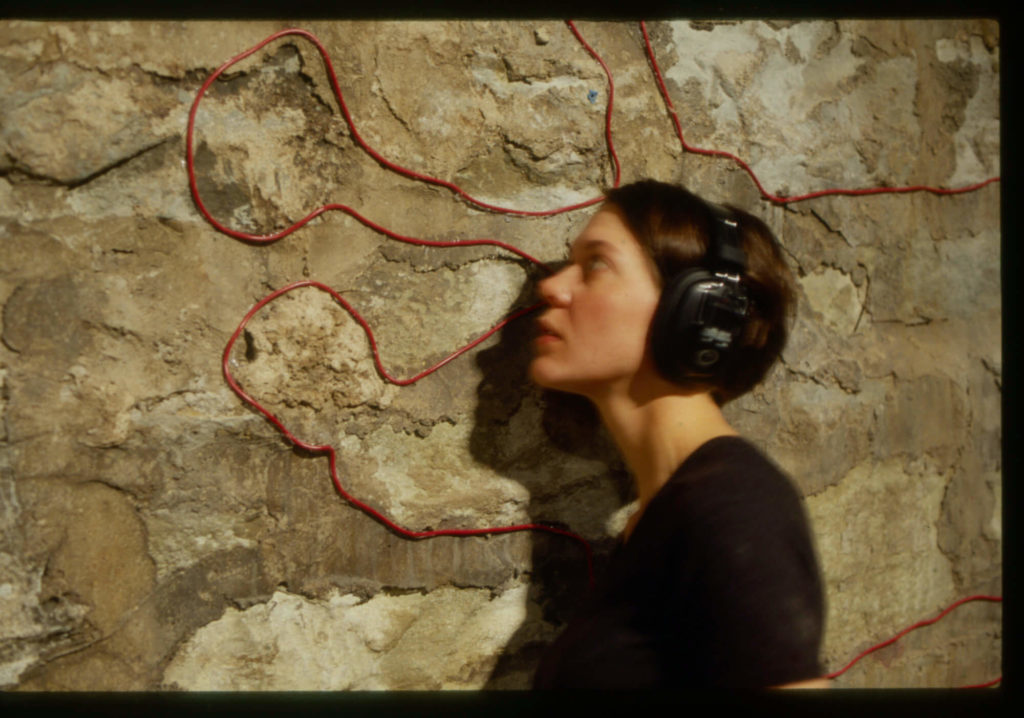 I think everybody has at least once in their life listened to the walls. It is fascinating to participate without being seen in the life and actions of others. Sometimes we are forced to take part in the life on the other side of the walls without doing it deliberately. It often happens while traveling, in hotels or houses with thin walls. As we can only hear but not see what is happening we invent our own visual stories and images. They can be right, they can be completely wrong. Our acoustic associations are reflecting our own experiences, which might be quite different from what is the reality of what we are listening to.

In the basement of the Mattress Factory I want to install an itinerary of “voices still hidden in the walls”. The visual element is thick round electrical wire which carries the sound. The cable, on one side of the basement blue, on the other red, follows the structure of the old stone squares and thus builds a kind of maze within the rough and irregular stone walls. There are about eight different sound structures on each side, made of different sound sources of which it is difficult to tell the origin. Is it the creaking of an old door or the noise of some underground animal? The knocking of an insect or the echo of an old machine? The echo of the rain or human whispers? Is it a bat or an electronic signal? The sounds are taken from other places, other lives, sometimes familiar, sometimes strange, assembled and mixed up in unknown combinations. Mechanical noises alternate with electronic sound sources, human voices and natural sounds.

The composer’s work consists first in listening. I like to share this experience with the public by offering a sound itinerary, which is individual and unforeseen for each visitor. By means of a portable wireless headphone the visitor can explore his listening through the walls in an individual way. The sounds, transmitted from the electric wire through electromagnetic induction, change according to his movement, his way through the space or only by turning his head. New stories may occur, some dramatic, some boring but all a fiction. Or not? Thus, each one rewrites the musical piece, as one rebuilds the past according to his own memories and his own subjectivity.

Christina Kubisch was born in Bremen in 1948. She studied painting, music and electronics in Hamburg, Graz, Zürich and Milano, where she graduated. Performances, concerts and works with video in the seventies, subsequently sound installations, sound sculptures and work with ultraviolet light. Her compositions are mostly electroacoustic, but she has written for ensembles as well. Since 2003 she works again as a performer and collaborates with various musicians and dancers.