The trunk of a maple tree and its skirt of roots are cut in two parts Two trunks share a single root one trunk... 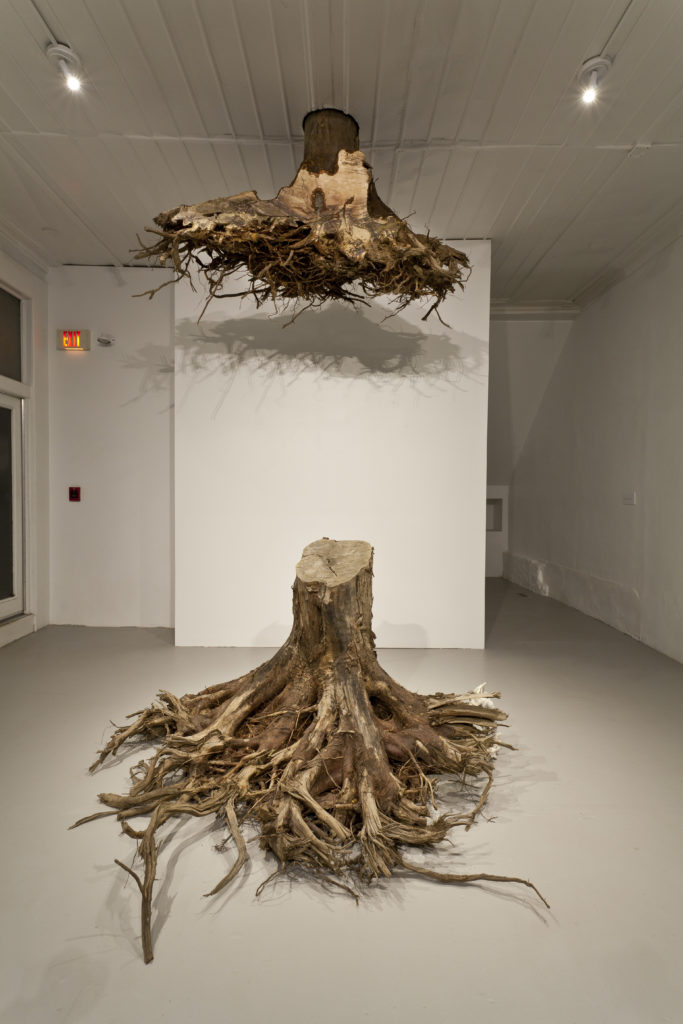 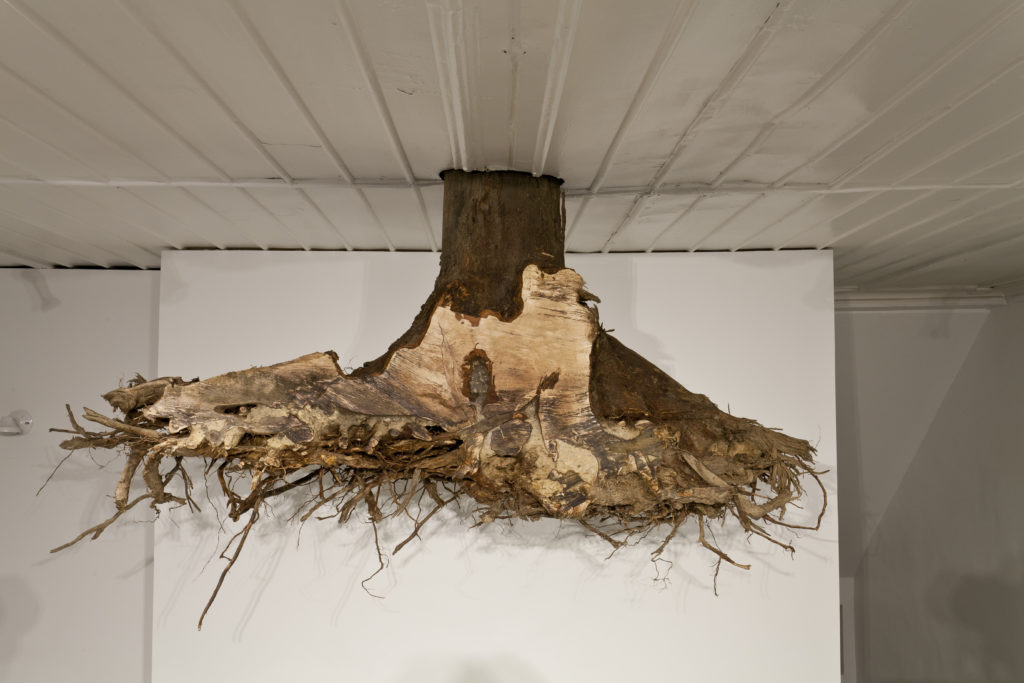 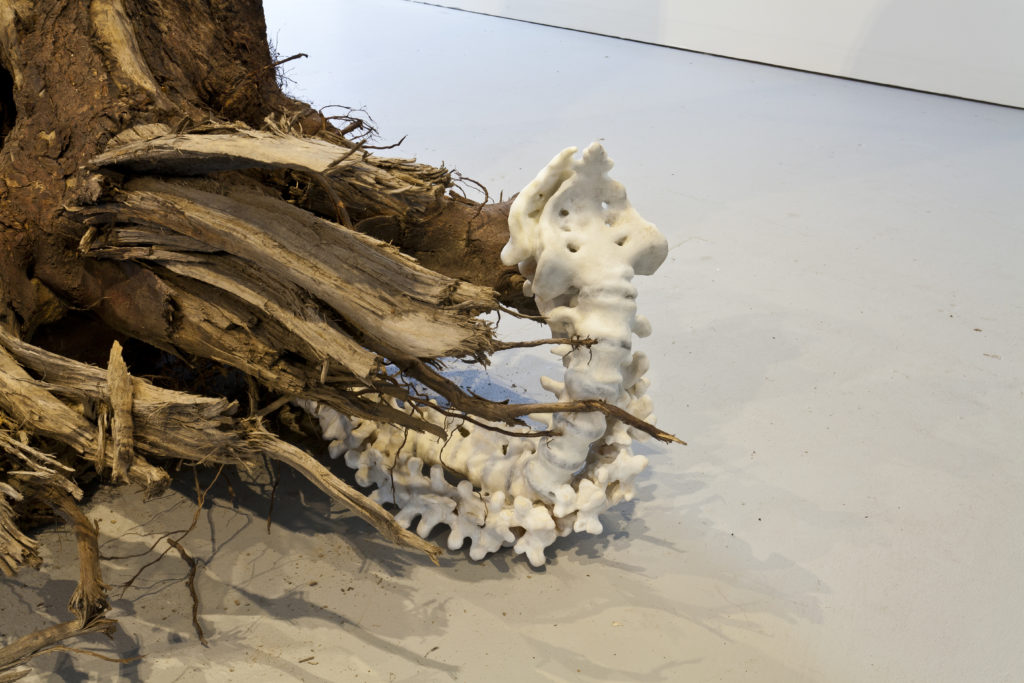 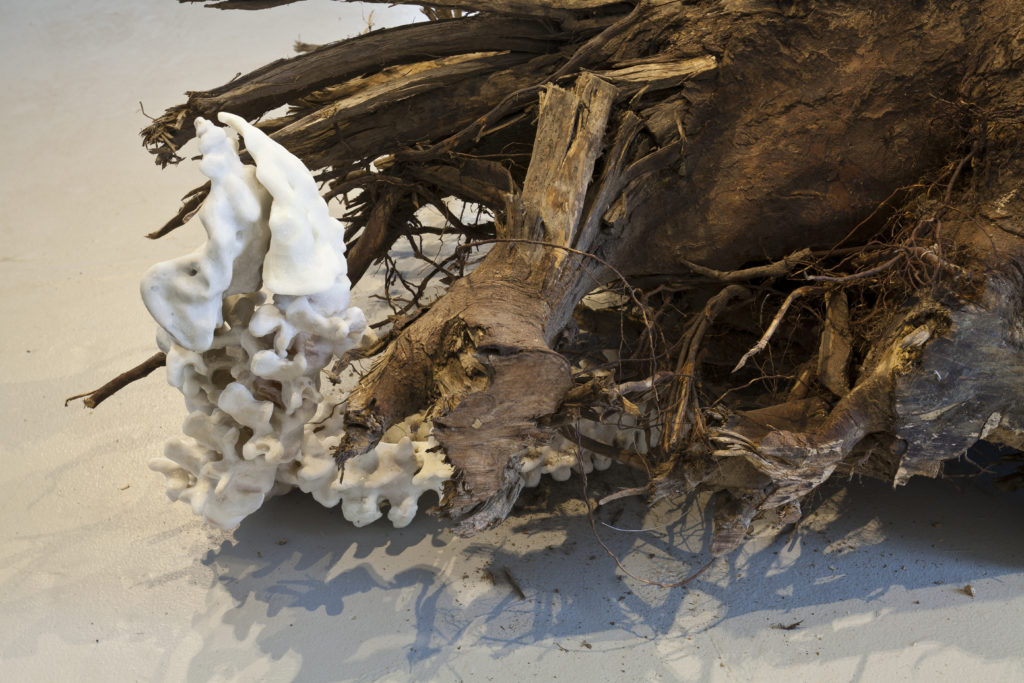 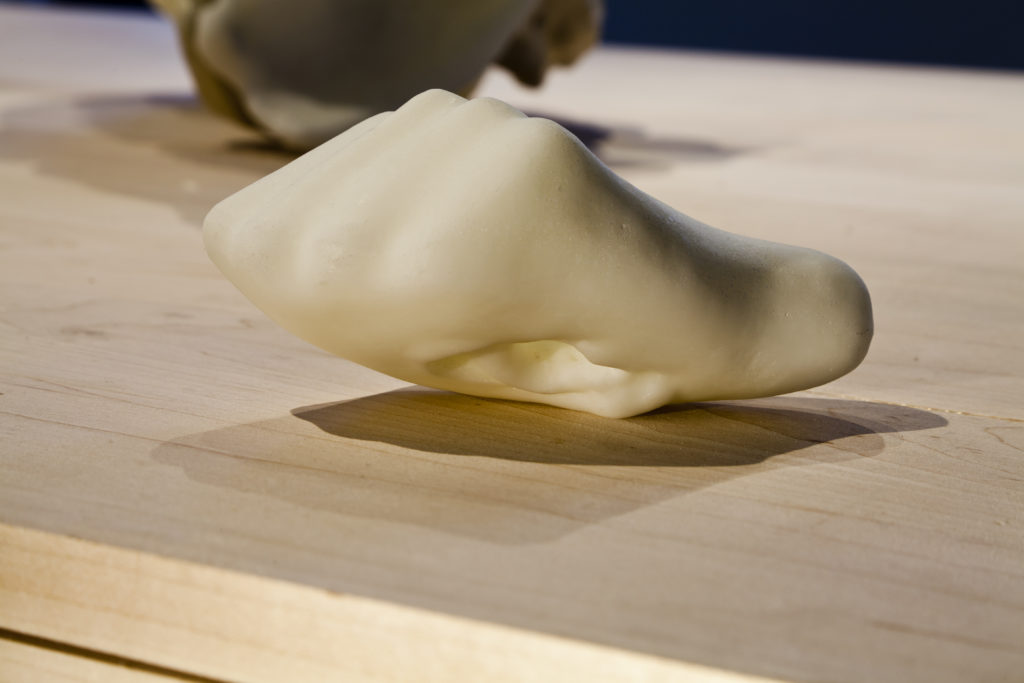 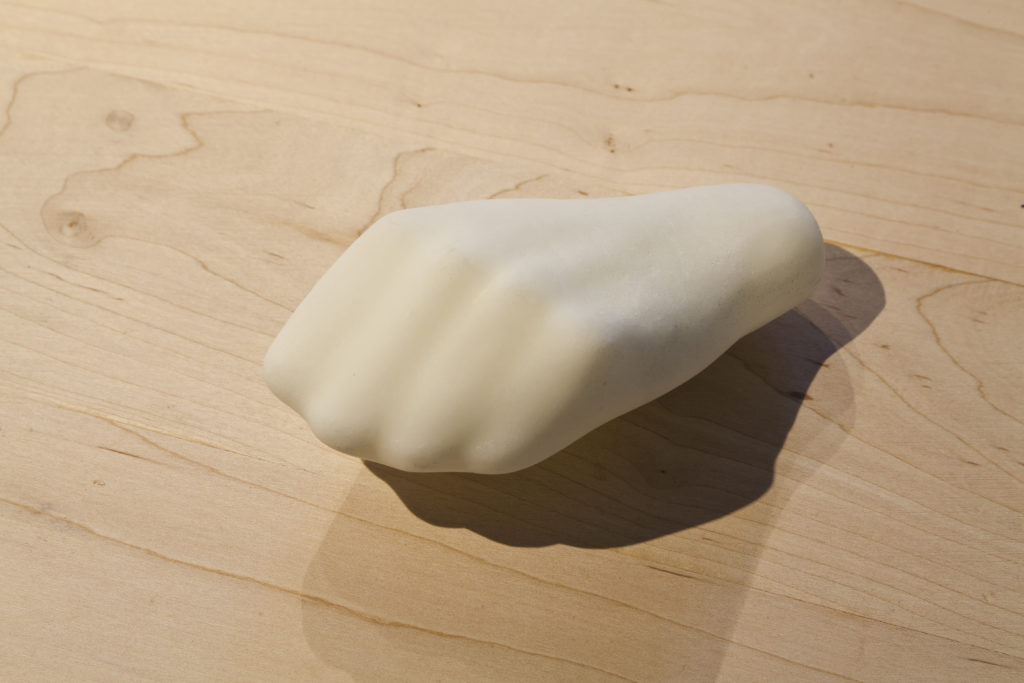 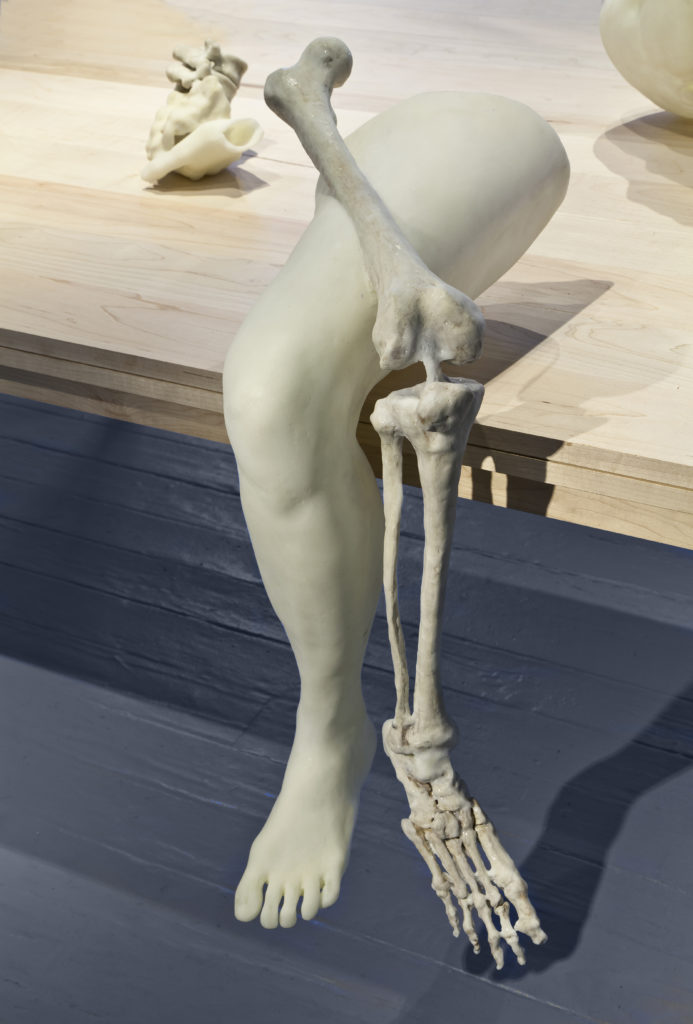 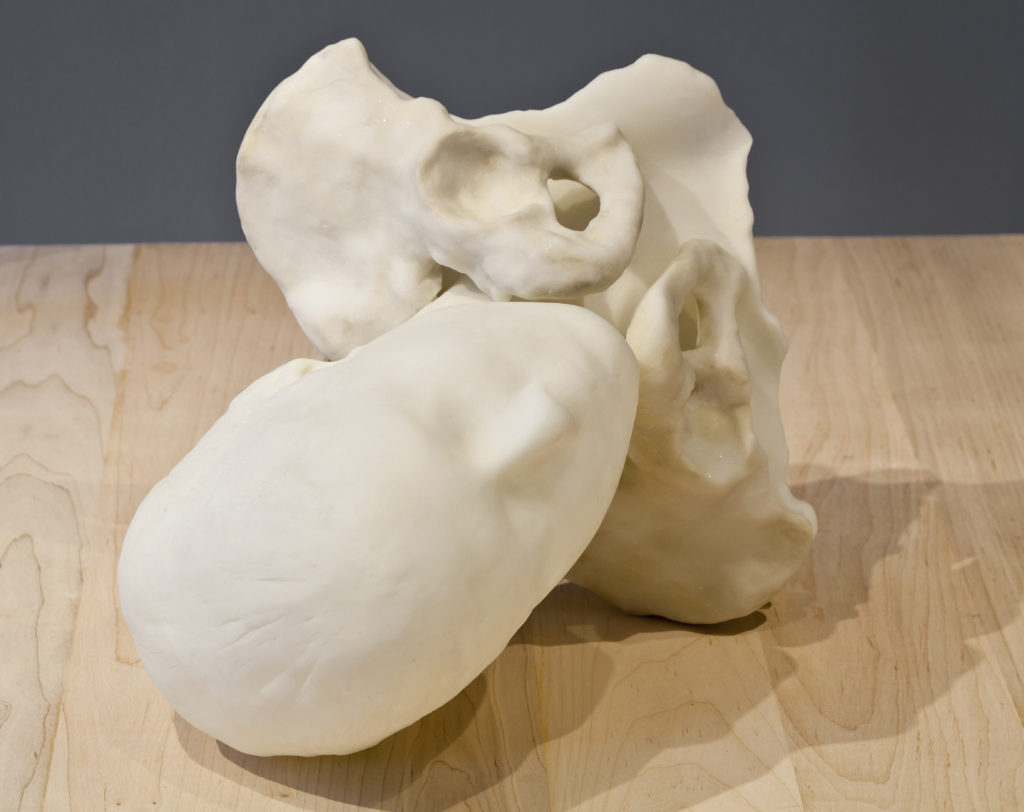 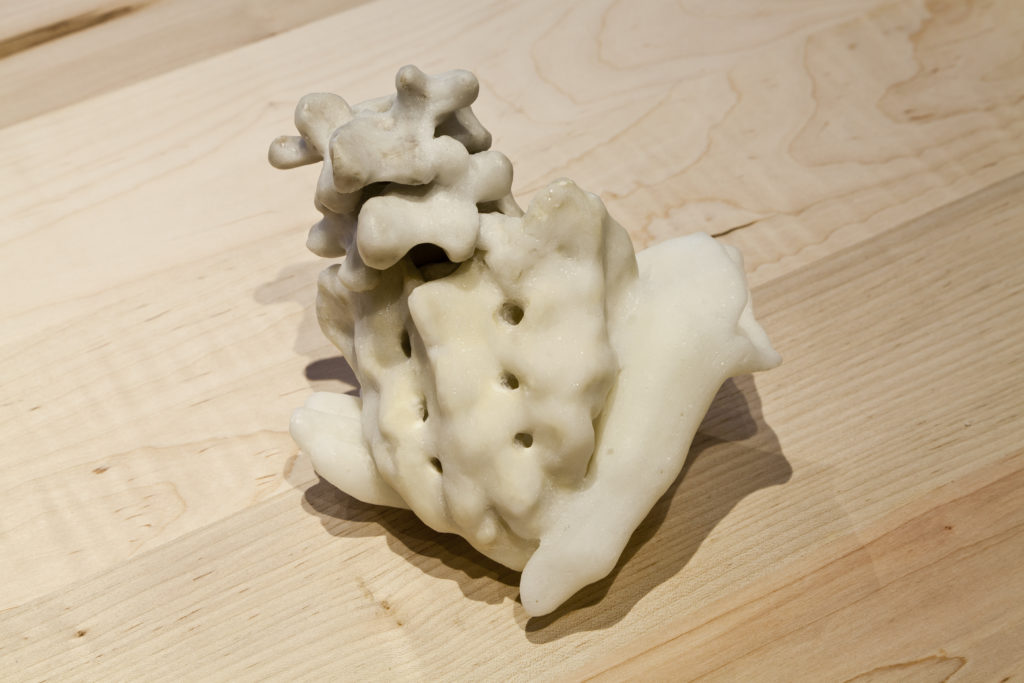 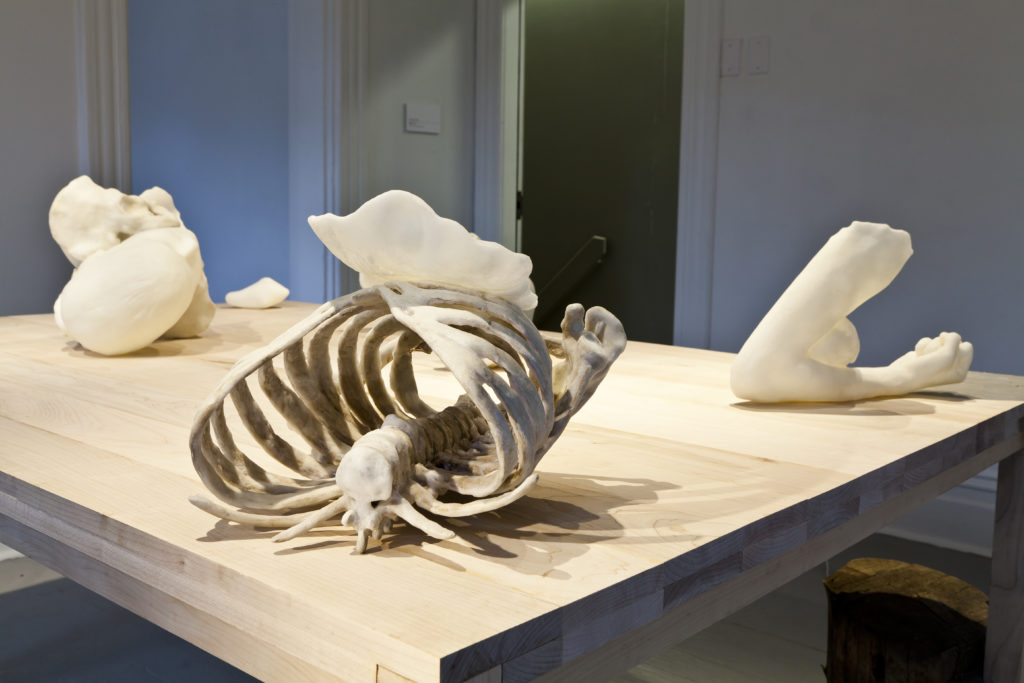 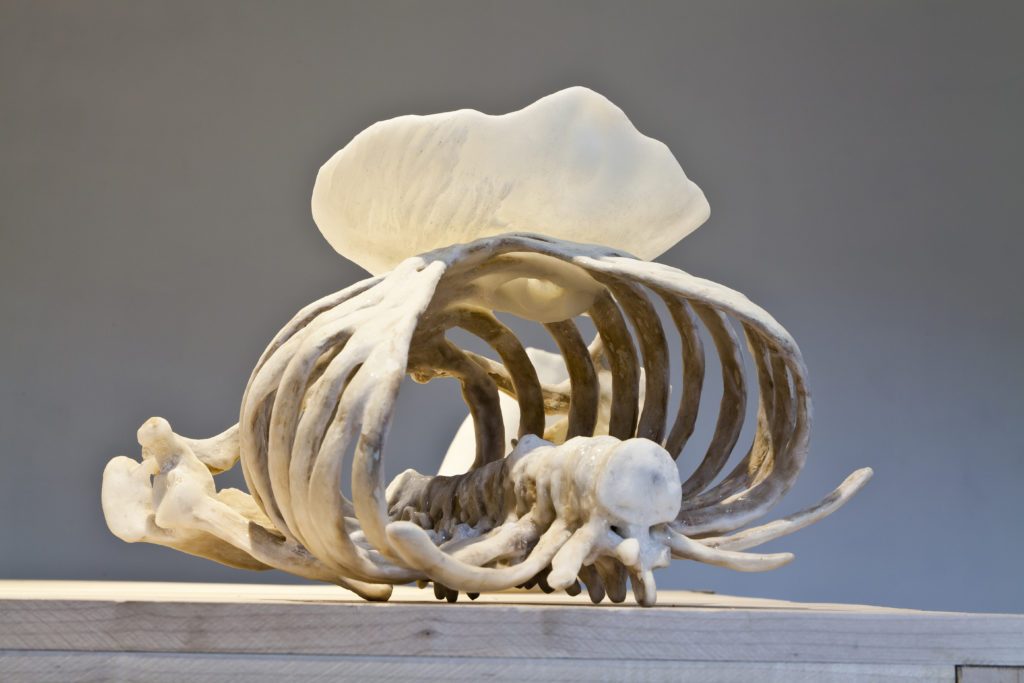 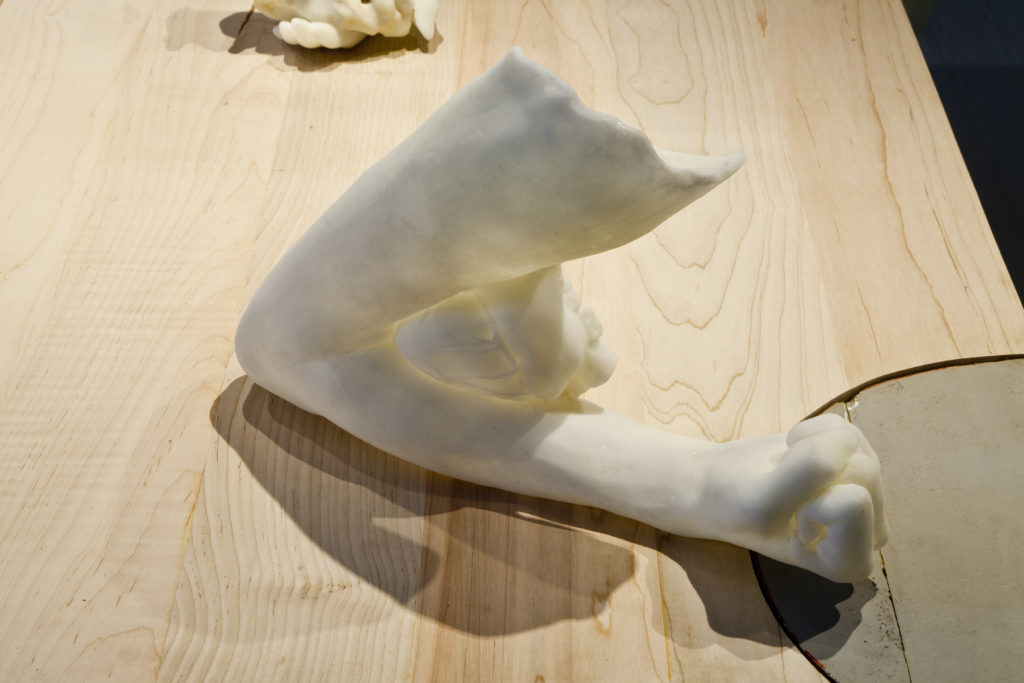 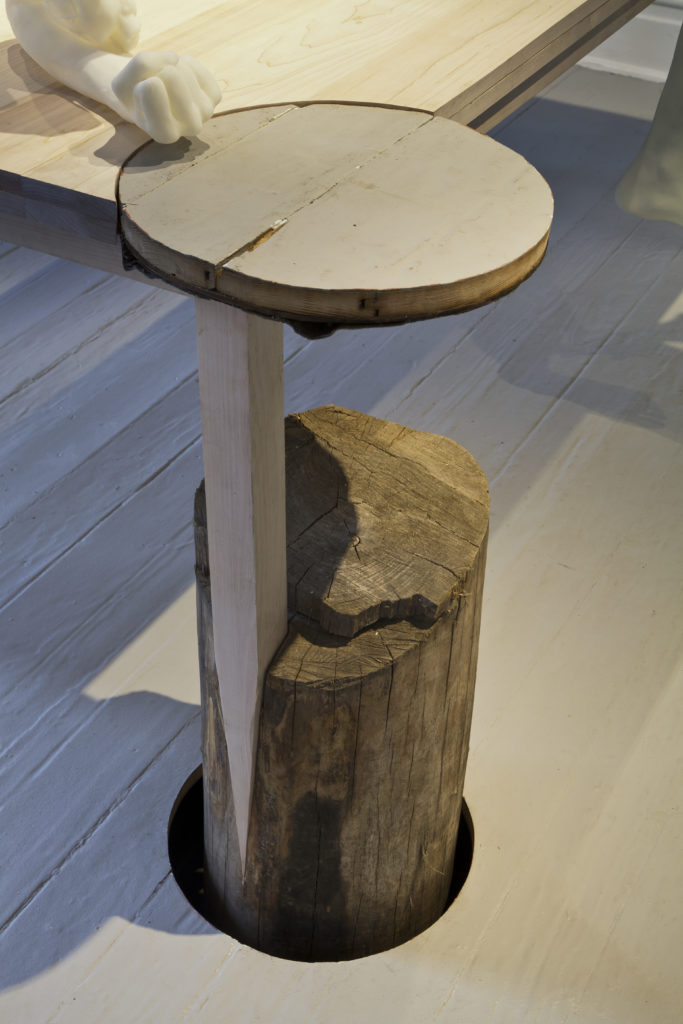 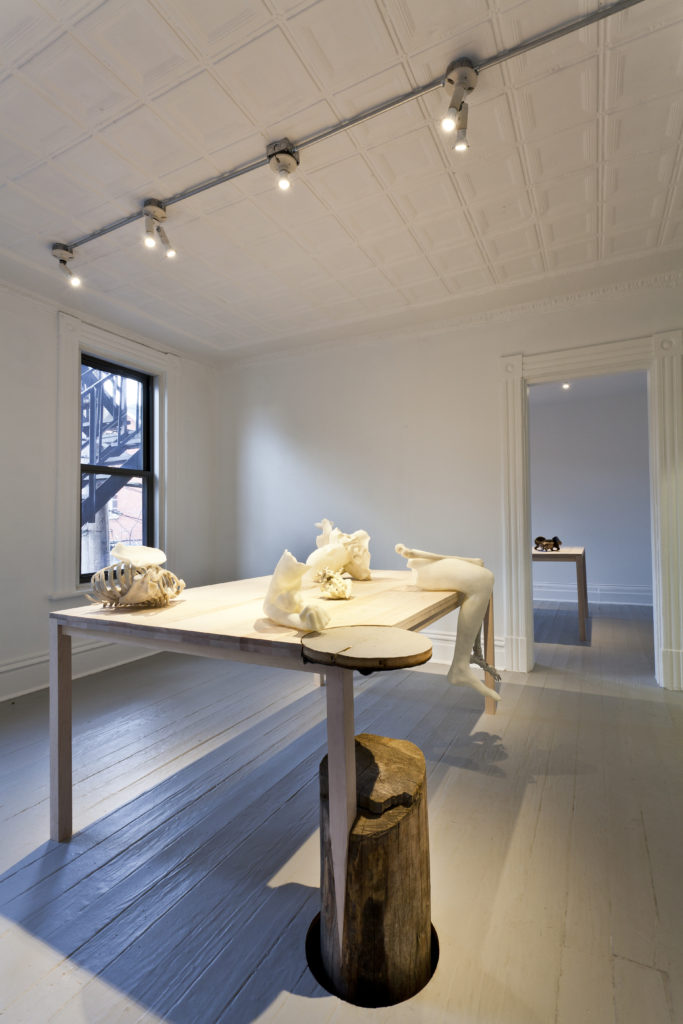 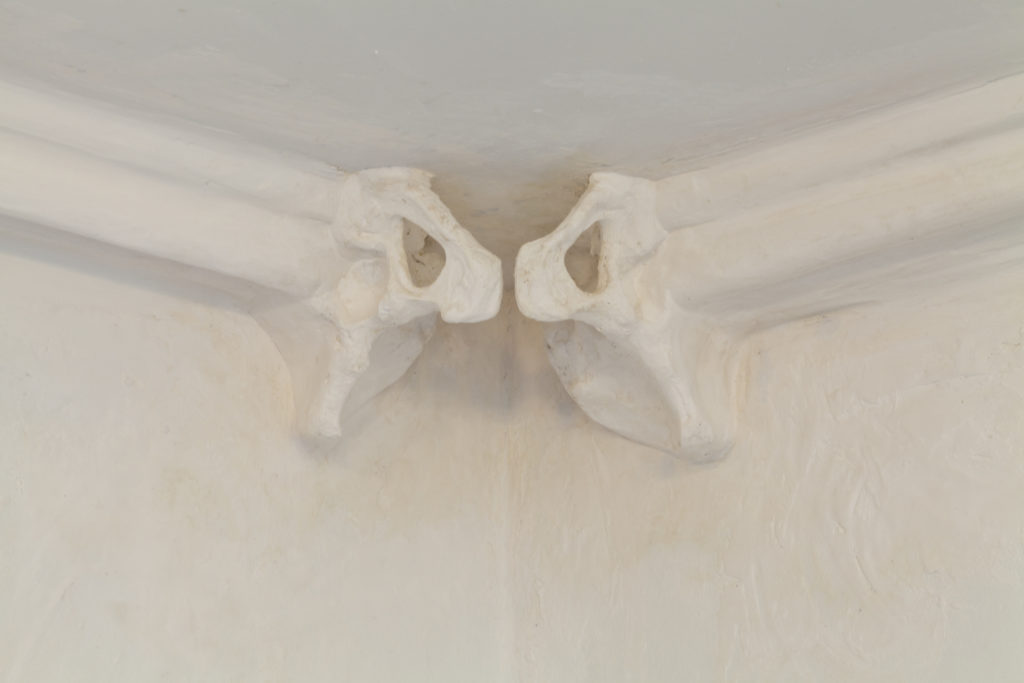 The trunk of a maple tree and its skirt of roots are cut in two parts. Two trunks share a single root; one trunk rests on the floor while the other pierces through the ceiling. Crawling out of the roots, two human spines intertwine like snakes. Upstairs, the top of the trunk rises through the planks of the floor and is grafted to the leg of a maple table. The section of floor displaced by the trunk has risen up to meet the table’s surface. Taking us from uprooted tree, to dwelling, to table, Antoni has re-purposed the wood for our domestic desires.

Resting on the table is a series of objects composed from the human body. The objects articulate impossible encounters between disparate body parts. They are fused together much like a successful graft that grows together over time. Drawing these connections, Antoni reminds us that we live in an rearticulated forest and our bodies, severed by our culture, call for embodiment.

Gertrude, Mary, and Martha are a series of sculptures inspired by the notion of crowning: the process during childbirth when the fetus is pushed past the threshold of the mother’s hipbones. The term comes from the idea that the hipbones are a momentary crown for the emerging fetus. Each vessel is formed by the hipbones of a specific woman who bore children, creating a portrait of her womb.

On the third floor, Crowned continues to explore the body’s relationship to its dwelling. Antoni again uses a pair of female childbearing hipbones, but now she uses them to make architectural crown molding. The term “crown molding” is given to the decorative element that adorns the transition from wall to ceiling. Placed in the uppermost corner of the architecture, the molding crowns the room, much like a crown adorns a queen and a woman’s pelvic bones crown the baby at birth.

In the final room, Antoni collaborates with Stephen Petronio on Honey Baby. Inspired by motion in utero, the video captures a folding and tumbling body suspended in a honey-filled environment. The fourteen minute video brings its subject incrementally closer until a collapse of space presses the viewer up against the body. Honey Baby reveals a uniquely sensual relationship between subject and host.

Janine Antoni was born in Freeport, Bahamas. She received her BA from Sarah Lawrence College and her MFA from Rhode Island School of Design. Antoni is represented by Luhring Augustine in New York.