Hall s installation is in two parts The primary piece is You 8217 re Not the Boss of Me a harpsichord suspended in bondage... 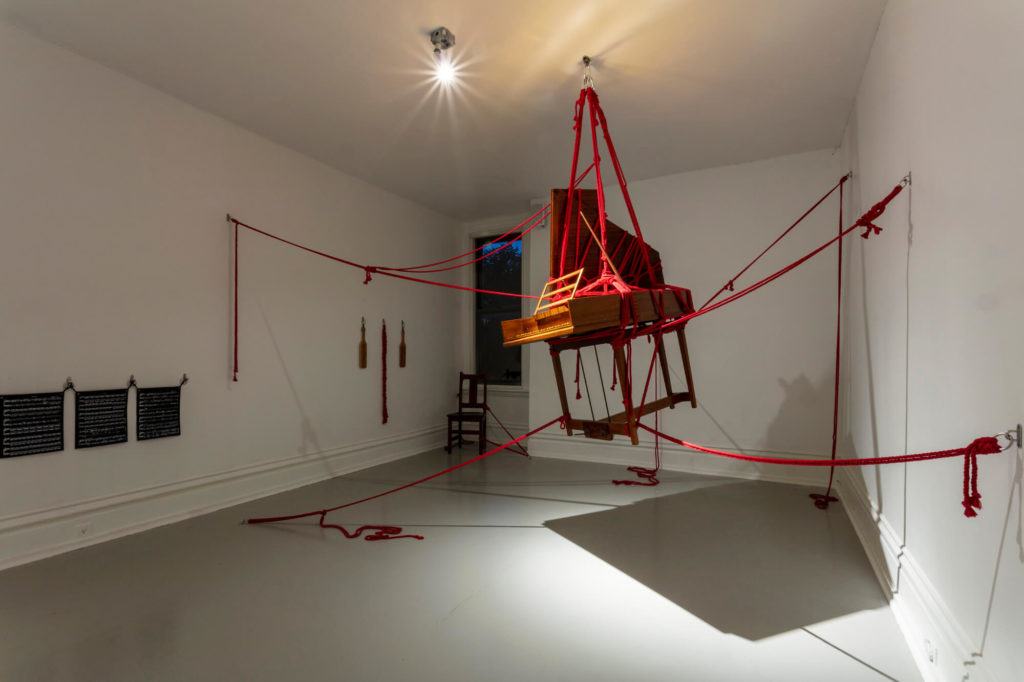 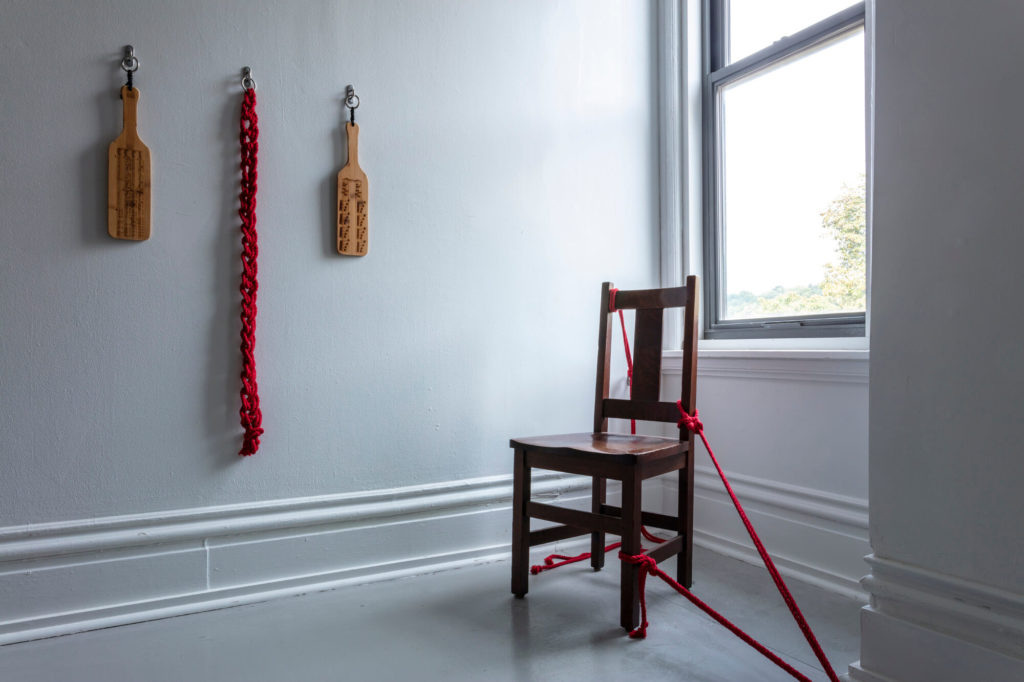 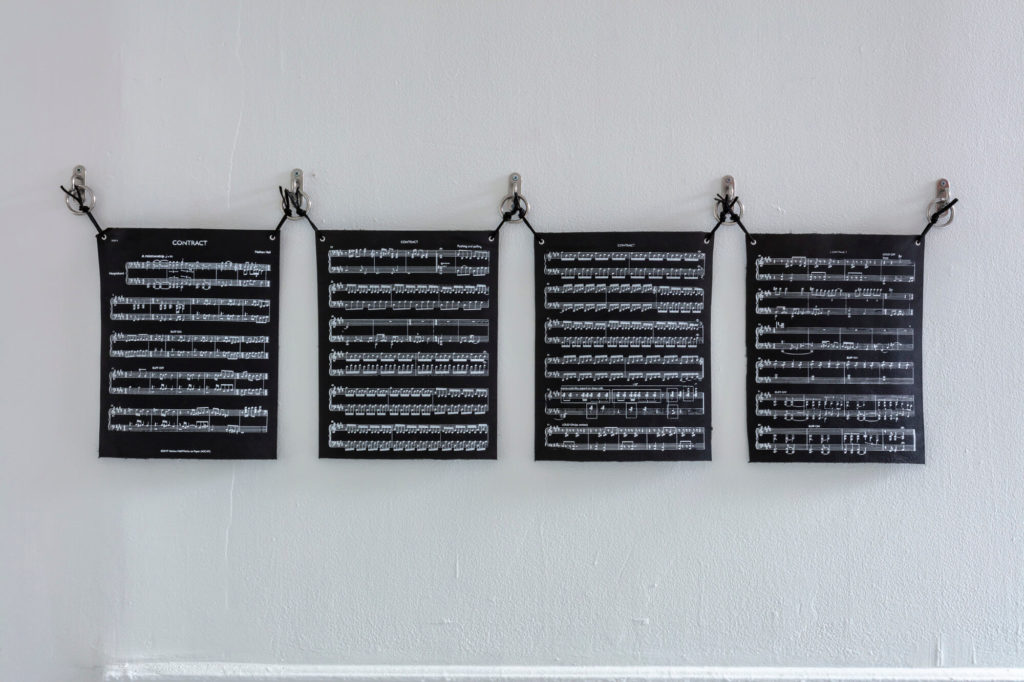 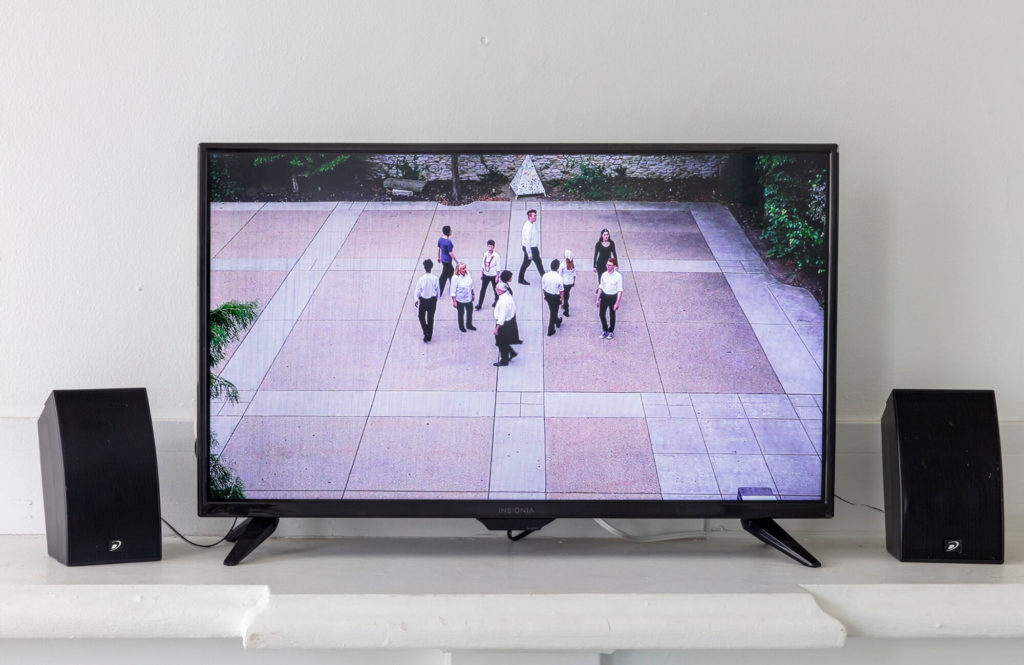 Hall’s installation is in two parts. The primary piece is “You’re Not the Boss of Me,” a harpsichord suspended in bondage rope in the gallery, with soundtrack from the instrument. There’s also “About Place,” a choir piece composed for singing in the Mattress Factory parking lot, with texts from the museum’s founder Barbara Luderowski.

Both pieces explore site-specific aspects of music and add visual elements. The harpsichord work is about the balance between being a classically-trained composer and contemporary queer artist, and where those identities overlap. The choir piece is his first vocal work to explore singers moving in formations outdoors. He wants the movements and the text to anchor the music into a specific place and time, as well as to be a tribute to Barbara and the creative spaces she has made possible.

Nathan Hall uses music as an artistic medium to explore a variety of fields including science, nature, the fine arts, history and sexuality. His site-specific performances are often inspired by the performers and locations for which they are commissioned. Other works are inspired by the composer’s sexuality and experience as a gay man, creating a special intimacy between performer, place, and audience.

He is a former Fulbright Fellow to Iceland, and holds his Doctorate in Musical Arts from the University of Colorado, Boulder. His works have been performed and exhibited around the world, and his collaborations with artists and musicians include Rhona Byrne, Slim Cessna, Ragnar Kjartansson, Magnus Trygvason Eliassen, Ásdís Sif Gunnarsdóttir and Kim Dickey. Hall has been awarded numerous awards and grants, and his residencies include Denver Art Museum’s first Creative in Residence and the Ogilvy Travel Fellowship to Ireland. He is President-Elect of the Board of Playground Ensemble and currently lives in Denver.