Afrum II is an extension of the Mattress Factory's permanent pieces: Catso, Red and Danaë, 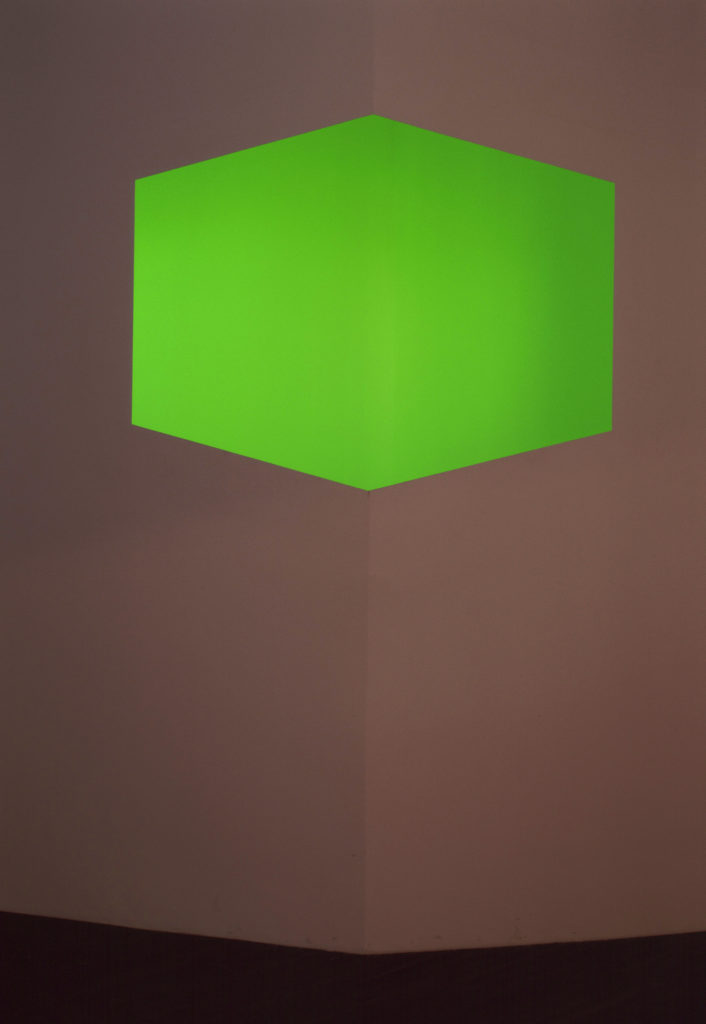 According to Turrell, this work and Reathro II, are extensions of the Mattress Factory’s permanent pieces: Catso, Red, a Cross-Corner Projection, and Danaë, an aperture piece, or Space Division Construction, in which light is viewed through a shape cut out of the wall. There is a place on the floor, marked with an X, that is the ideal place from which to view both Afrum II and Reathro II.