As the Liberty lads o er the sea Bought their freedom and cheaply with blood So we boys we Will die fighting or live... 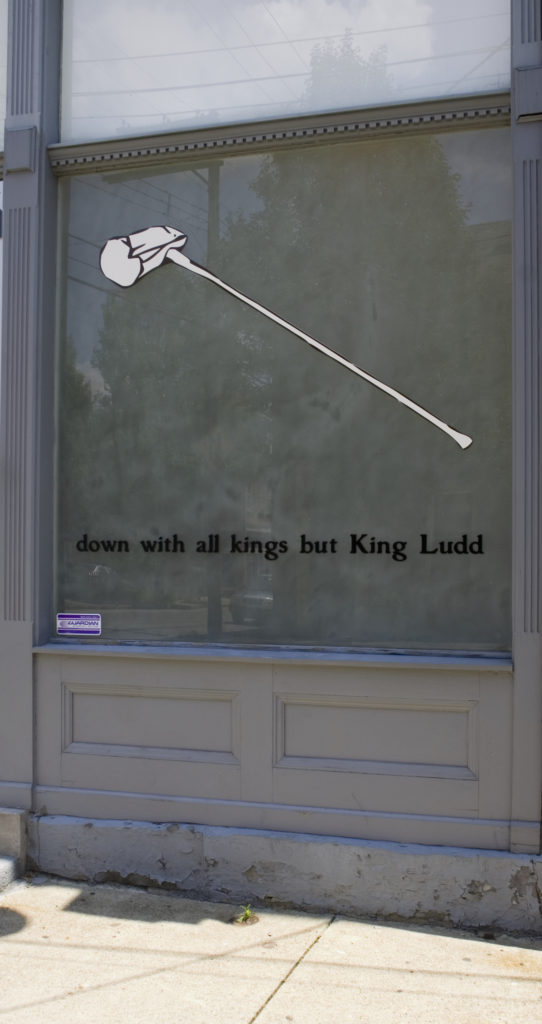 As the Liberty lads o’er the sea Bought their freedom, and cheaply, with blood, So we, boys, we Will die fighting, or live free, And down with all kings but King Ludd! When the web that we weave is complete, And the shuttle exchanged for the sword, We will fling the winding-sheet O’er the despot at our feet, And dye it deep in the gore he has pour’d.

This phrase comes from a poem by Lord Byron, sent in a letter to his friend Thomas Moore in 1816. The voice is meant to be that of a Luddite, although Byron himself was not one (despite officially defending their cause on more than one occasion). ‘King Ludd,’ ‘Ned Ludd’ or ‘General Ludd’ were common monikers for the mythical leader of the Luddite insurrectionists in England during the advent of the Industrial Revolution. Missives issued by Luddites referred to ‘Ludd’ as an arbiter of justice for the English working class in general, although the uprisings were chiefly in the newly mechanized textile industry.

Shaun Slifer (American, b. 1979) received his BFA in Sculpture from Watkins College of Art in 2003. He is currently working as a multi-disciplinary artist in Pittsburgh, PA.