Walking into the first of two large spaces the visitor is at the rear of a room which is set up like a lecture... 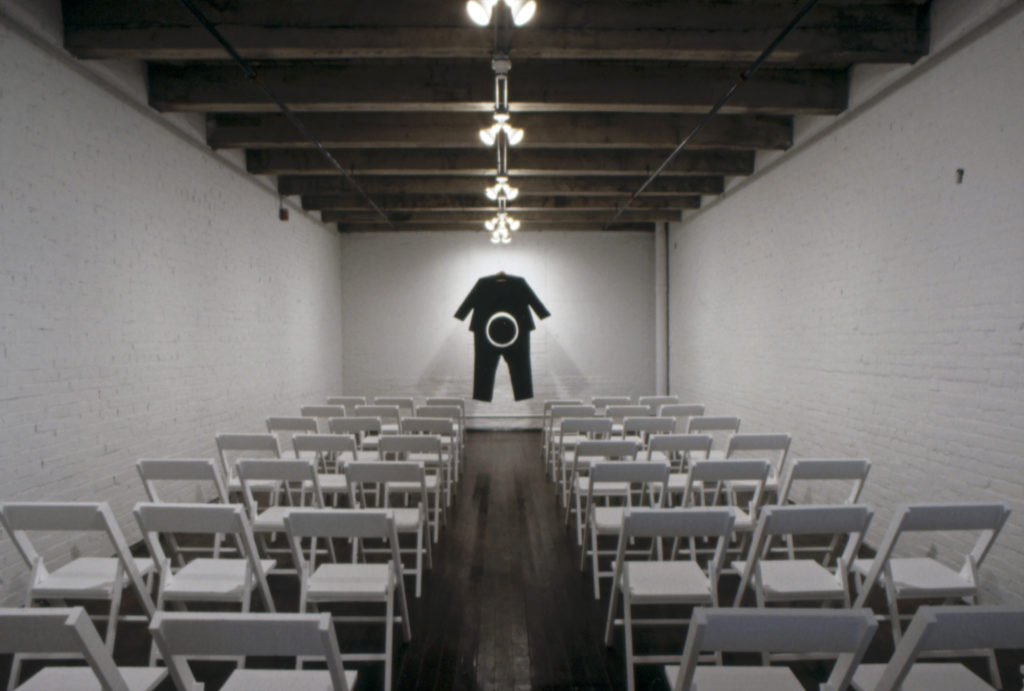 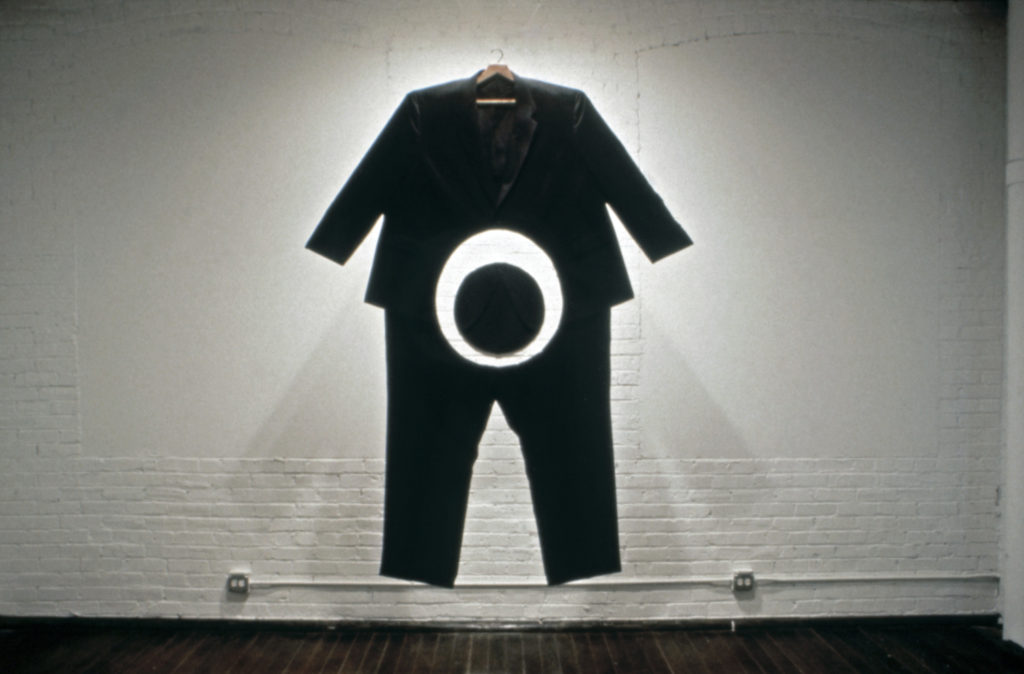 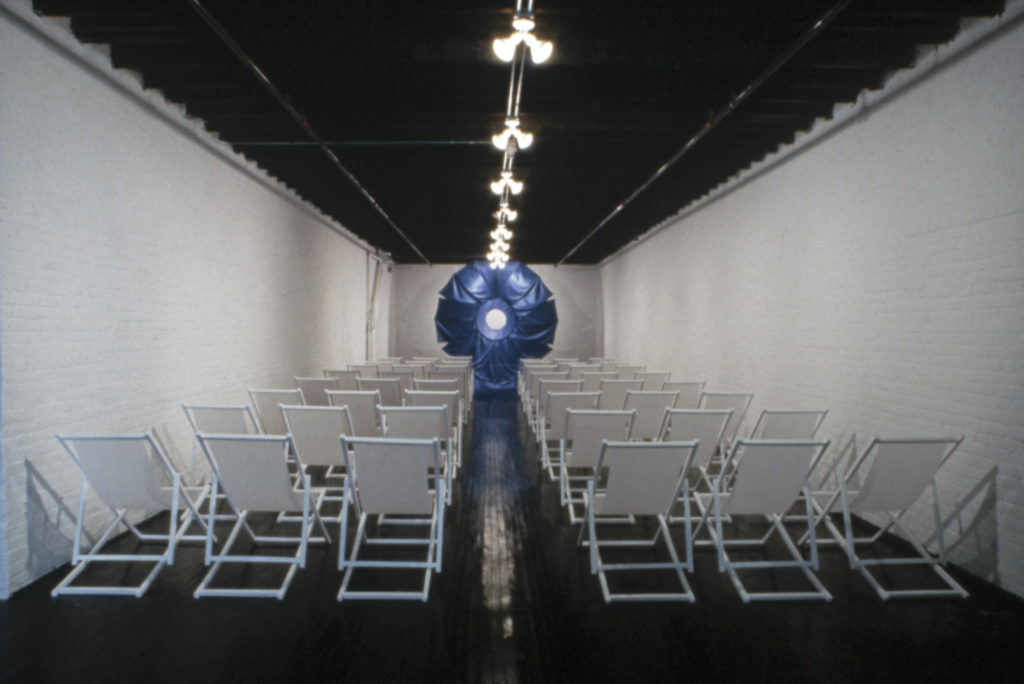 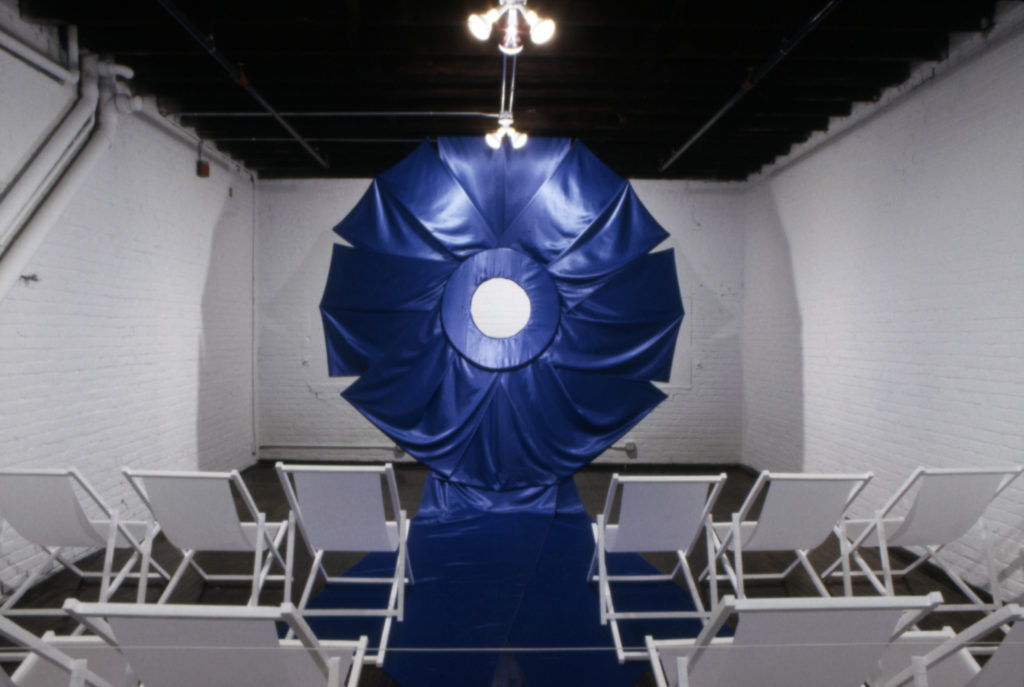 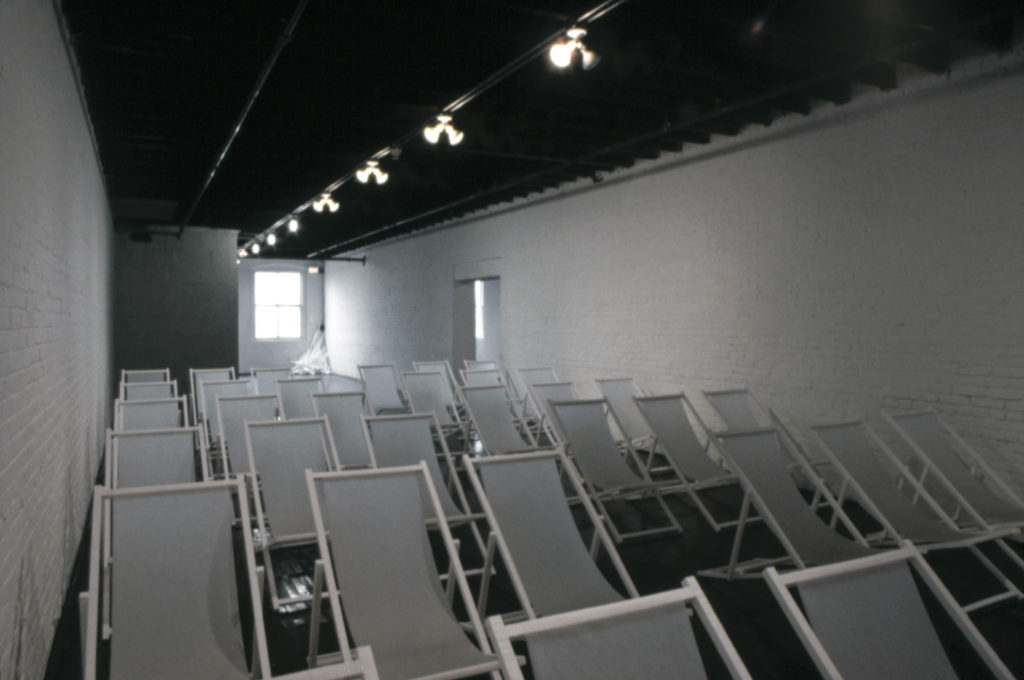 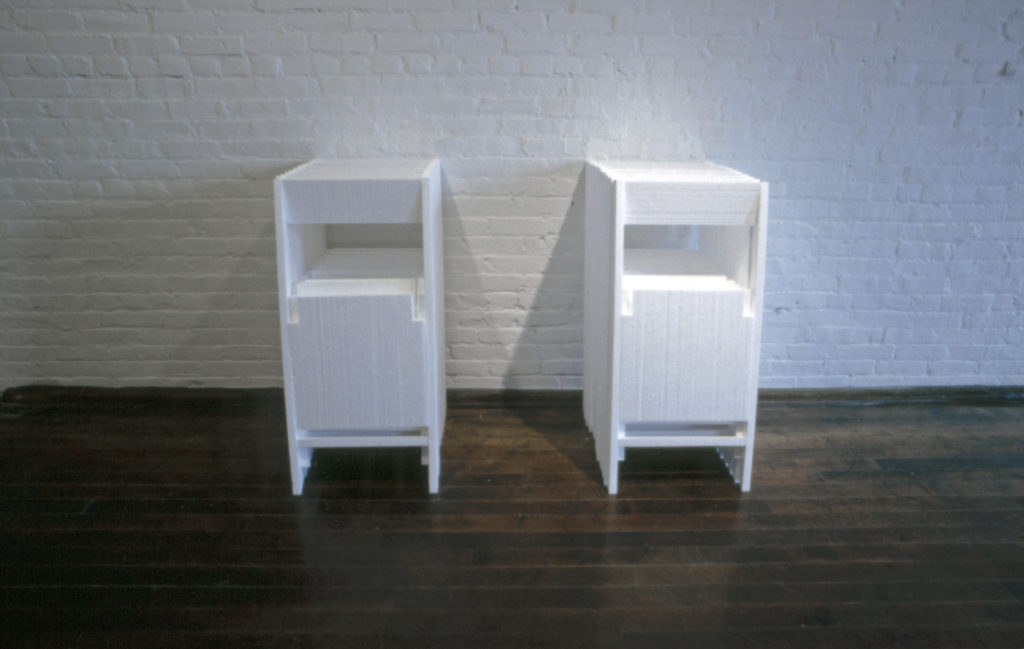 Walking into the first of two large spaces, the visitor is at the rear of a room which is set up like a lecture hall. Folding chairs constructed of styrofoam face an enormous size 52″ waist suit. The chairs, while completely useless, are visually convincing. Suspended on a hanger mid air, the suit has a hole cut through its chest. The circle that has been cut out hangs on the wall about four feet behind this oversized figure.

In the other gallery are deck chairs, constructed of styrofoam with slings made of architect’s drafting paper. Facing is a gigantic blue first-place ribbon. The center is cut out of the ribbon, but this time it has been placed on a back wall of the gallery. A pile of styrofoam cut-off pieces has been swept into a corner.

I wanted to create an environment of ambiguity by taking the substance out of the form and the soul out of the substance. I decided to use the format of an assembly or lecture hall, then remove the soul from the rooms altogether. I wanted it to be a lecture on nothingness, a forum on the absolute. I used the suits as the international symbol of uniformity and the huge, blue ribbon to play on the notion of honor. I removed the “soul” from both the ribbon and the large suit to create specious objects that would reverberate in the chairs. I guess what I am ultimately questioning is faith: faith in the validity of the repeated experience, faith in tradition, and faith in individual free will. I wanted to fill both rooms but create a void. My art has been . . . a way to eventually attain an illuminative state of freedom. I strive to forget everything I have ever been taught, everything I have ever read, and everything I judge on a sliding scale of relative moral values.