Liz Walking A Distillation Portrait develops out of his earlier Motion and Rest series that depicts six studies of people with disabilities walking The... 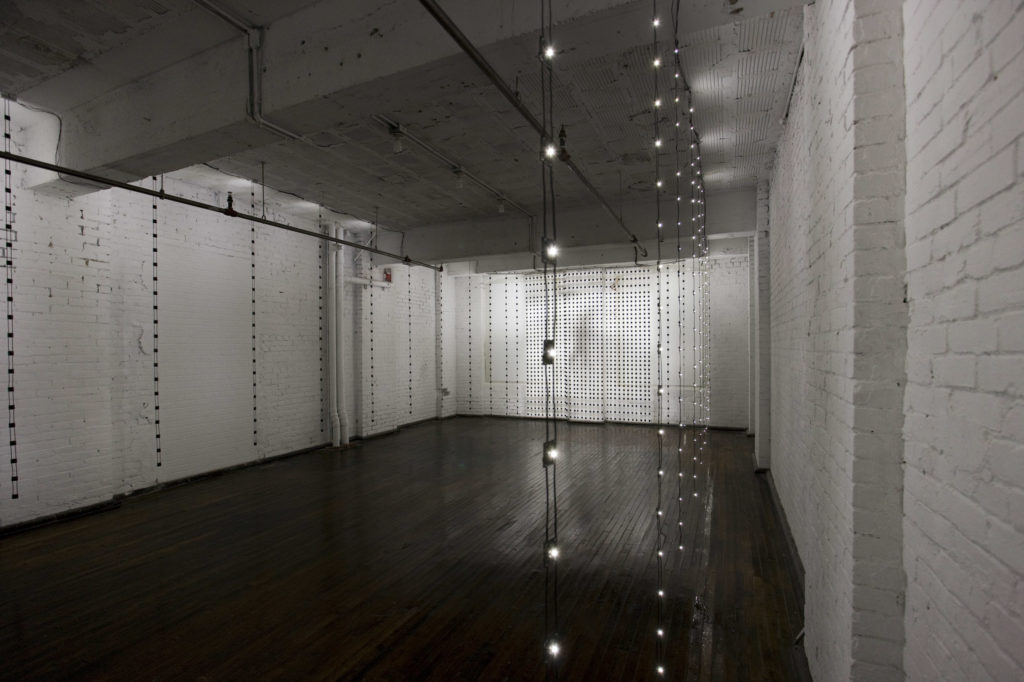 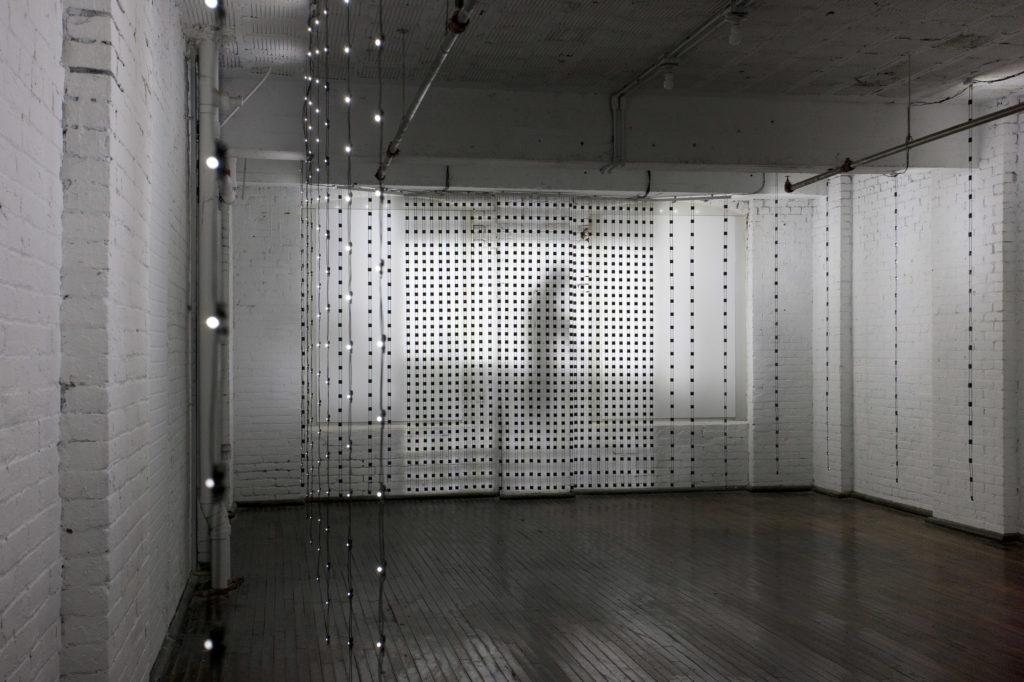 Liz Walking: A Distillation Portrait develops out of his earlier Motion and Rest series that depicts six studies of people with disabilities walking. The idea underlying this series was that the low-resolution process inherently eliminates everything about the walking figures except for their gait. According to Campbell, “the works (or medium) distill the movement of the figures eliminating all of the other information from the moving images (age, clothes, gender, hair style etc. cannot be determined from the representations).” This work goes further, when at times it eliminates the entire image including the movement such that only the rhythm of the movement is left leaving an even simpler representation. The installation is set up so that at the front of the room is a low-resolution image of the figure, but concurrently the two side walls (on either side of the viewer as they are looking at the front wall) have the same moving image presented in a great deal, lower resolution to the point of being almost totally abstract. However since the sidewalls are taken in with peripheral vision (which is also inherently movement based and more unconscious based) the rhythm of the figure is felt from the viewer’s peripheral vision as it is seen on the front wall with the observer’s direct vision. A unique situation is presented since the viewer’s peripheral vision is actually observing the same thing that the straight-ahead vision is seeing. Lastly, as a type of facilitation process for the viewer to leave their analytical seeing process behind, this installation goes through a cycle where the higher resolution image on the front wall gradually fades to nothing (a flat field) leaving only the peripheral image rhythm to be felt for a few moments before the front image gradually fades up again—what remains is a movement portrait or signature.

Jim Campbell attended MIT where he received a BS in Mathematics and Electrical Engineering. He was awarded a Guggenheim Fellowship in 2003. Campbell’s artwork has undergone a succession of manifestations from film to video, to installation and electronic sculpture. At the nucleus of his work are a focus on human memory and its relationship to time and movement from both psychological and scientific perspectives. For over twenty years, Campbell has been creating some of the most inventive technology-based artwork. In his original and subtle constructions, Campbell pairs “custom electronics” with the use of LED (Light Emitting Diodes) and other materials and its architectural surrounding. He has shaped exceptional designs for custom hardware and software using his background in engineering and mathematics. His utilization of art, design, and science has led him to produce customized electronic sculptures and groundbreaking interactive installations. In his more recent works he explores perception at the threshold of recognition of moving images, and postulate what kinds of meaning can be expressed with limited amounts of information. To a great extent his current work harnesses the visual impact of LED displays, by transmitting digital video through LEDs, in order to create moving-image sculptures. However his electronic constructions are not aimed at creating an exciting LED display, as they are a viewer’s perception and their ability to recognize a moving image through extremely low resolution. According to Campbell, “The biggest challenge –working with technology and art is to transcend the medium — and to have some sort of humanist side to the work.”