Multiple Horizon encompasses the viewer in a video installation The five monitors facing each other display close-up images of different parts of a human... 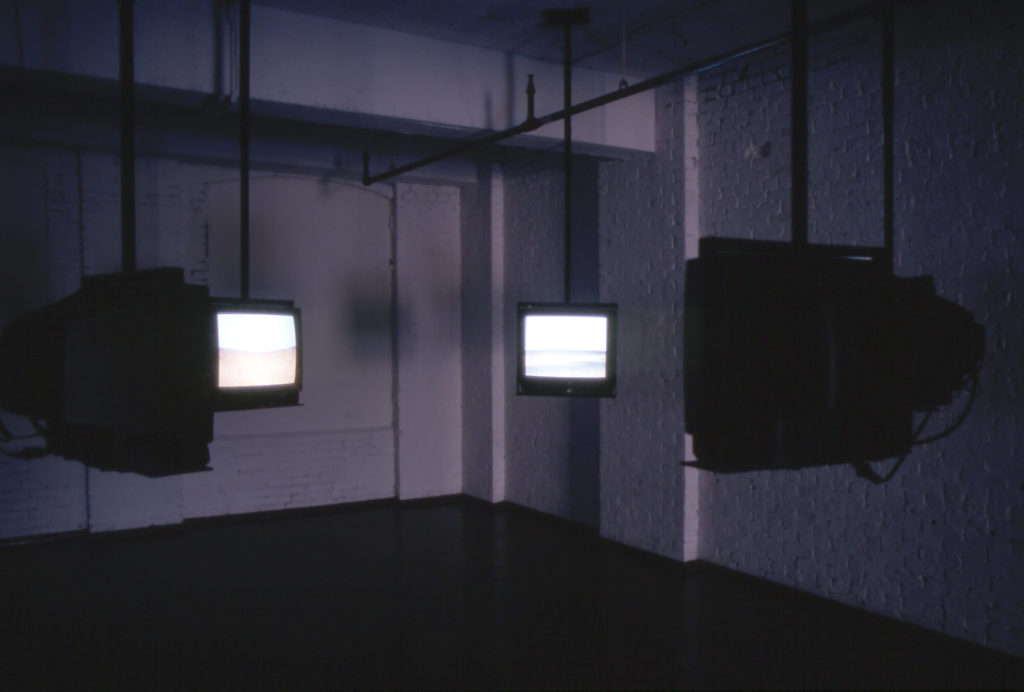 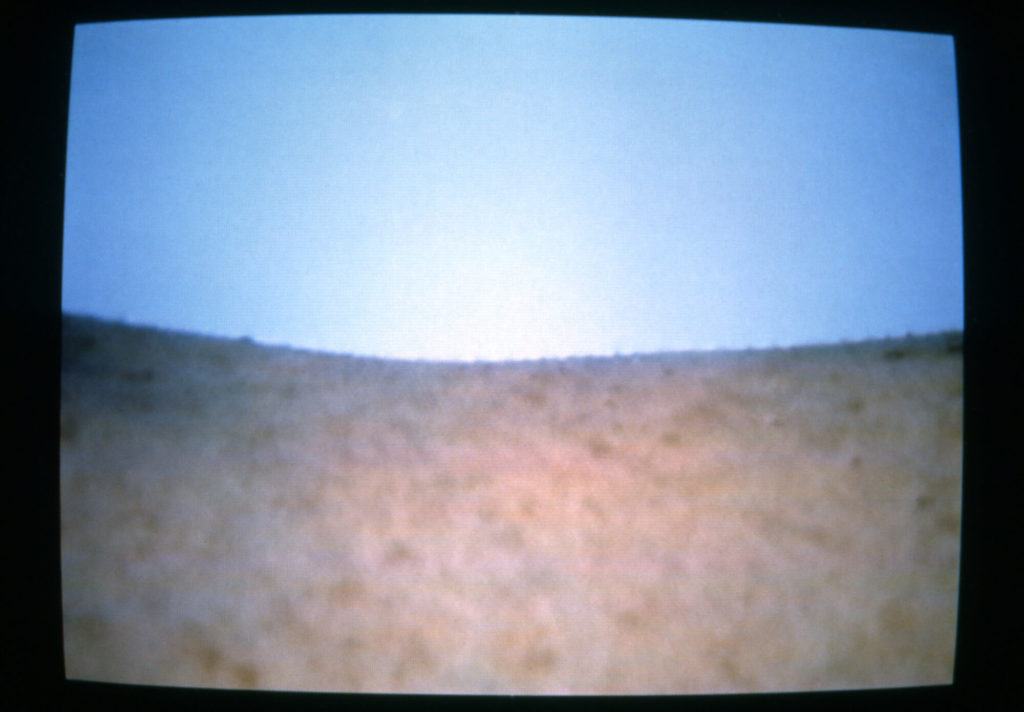 Multiple Horizon encompasses the viewer in a video installation. The five monitors facing each other display close-up images of different parts of a human body, creating horizontal landscapes. A cycle continues with each body on screen holding its breath and exhaling, then exchanging places and repeating. Proximity and distance interplay with one’s consciousness of the human body and its metaphors. Blatherwick’s work examines contemporary events, beliefs, and interactions with both satire and affection. In particular, his installations present the viewer with repetitious, mundane actions that extract meaning from seeming absurdity.

Blatherwick works in various media. Much of his studio time is spent making abstract paintings. He uses other media when he wants to work with different ideas. In this piece he wanted to continue his exploration into automatic body functions. He taped the video footage in his studio in Montreal and brought the footage to the Mattress Factory to be edited. The Pittsburgh Filmmakers, a media center and school, assisted Blatherwick in editing his videos on digital editing equipment. He used images of the same body parts in various sequences in all five video tapes. These videos are edited to correspond with the synchronized sound of breathing and repeat every thirty minutes. Blatherwick intended all five video monitors to repeat their sound sequences at the same time, however as the videos repeat they progressively fall out of sequence and become chaotic. In order to maintain Blatherwick’s vision, the videos must be reset to the beginning every few hours.

This installation is the convergence of distinct thoughts about the questionable boundaries between one’s so-called physical self and the “rest of the world.” Primarily I wanted to deal with breathing as an act performed unconsciously that acts as a real exchange between zones perceived to be separate. As with other bodily functions viewed in detail, listening to someone, or yourself, breath can be a very beautiful and frightening experience. Aside from being essential to our survival, it says something deeper about our variable states of being that is compelling because it is so openly loaded. Another subject present here is the notion of the individual as multiple. What if we could have separate breaths for each of the separate selves inside us? Rather than the psychological, I am more interested in looking at this in an almost musical way… as if our bodies could be seen/heard as a small ensemble playing a form of concrete music. Finally I wanted to create confusion between body and landscape, to blur that aforementioned boundary, to make a reversal fleetingly possible. When looking at things, anything (even the piece of paper you are reading) can become a landscape, or better still a micro cosmos. It really fascinates me to think that on any number of scales of magnification a detail of something can appear to be a complete and unrelated world from the whole project.

David Blatherwick received his BA in Design from Ryerson Polytechnical Institute in Toronto and his MA from the Université du Québec à Montréal. Blatherwick’s installations incorporate traditional media, such as drawing and painting, with motorized objects, video and audio to present the viewer with repetitious, mundane actions meant to extract meaning from seeming absurdity. His work examines contemporary events, beliefs and interactions with both satire and affection.