The Space Between calls to mind the Variable series of portrayals by the late conceptual artist Douglas Huebler However Mannino s split portraits represent... 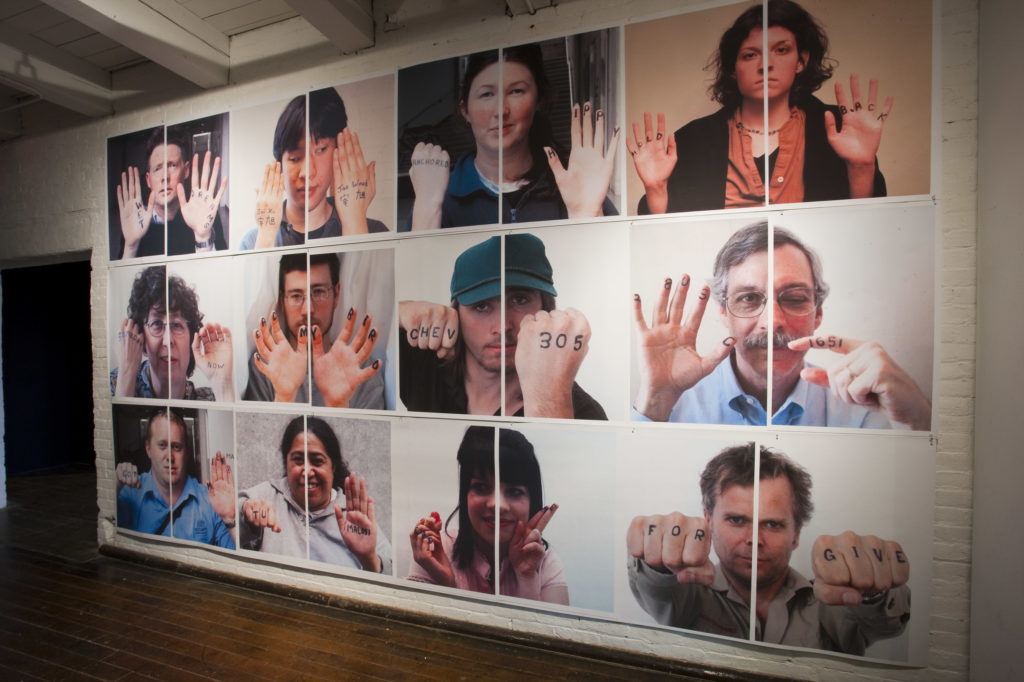 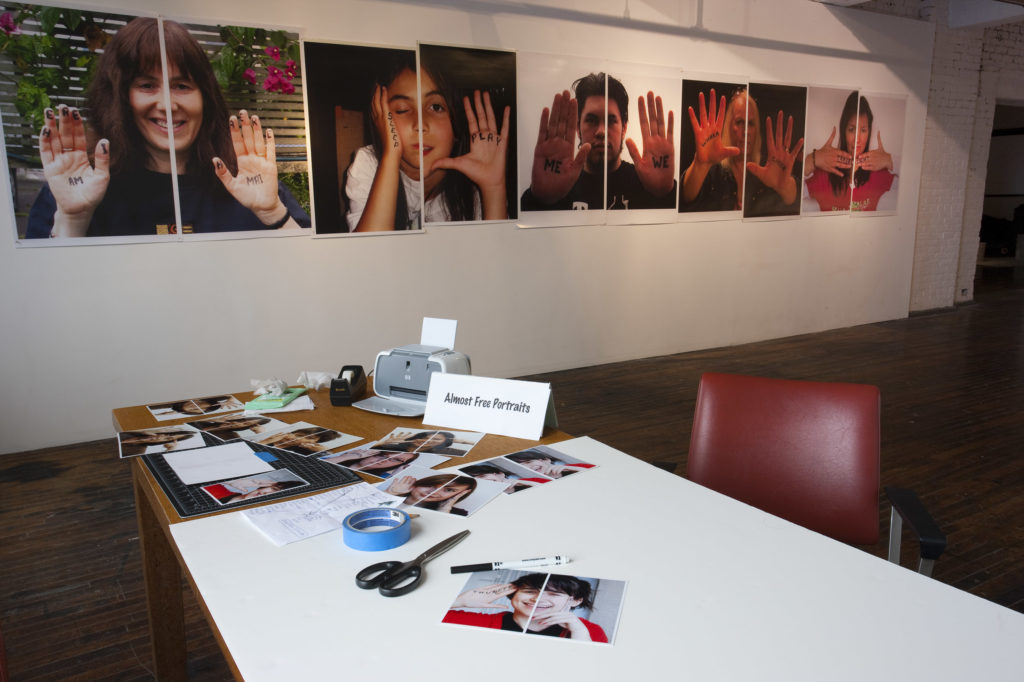 The Space Between calls to mind the Variable series of portrayals by the late conceptual artist Douglas Huebler. However, Mannino’s split portraits represent a collaborative endeavor between the individuals who elect to participate and with him on determining their gestures and words. The artist said that this project had its genesis in New Zealand, when he began playing a word game with his daughter. He documented the game in a series of inkjet prints that combine portrait, gesture and statement, with a focus on the face and hands. In this ongoing series he extended this concept so to work directly with subjects and audience in multicultural and intercultural settings. The individuals portrayed are seen in their own words and on their own terms. According to Mannino, “the contexts are broad and intimate, personal and abstract, general and specific – but always subjective. The space between is like the time between getting out of school and arriving home – a space that is liminal, at the edge. Words, gestures, expressions are fluid, and capturing them in discrete instants adds an element of unease, surprise, ambiguity.” What unfolds in the images is a type of silent performance—we are witness to the document after the fact. Mannino sees the process of documenting individuals through photographs, using gestures and words, as an extension of his earlier sculptural work, when he began to investigate the use of language as a tool of ideology, and as a component of one’s identity and likeness.

Throughout this exhibition and the unfolding of the project, he will spend time at the Mattress Factory, inviting visitors to collaborate with him in creating their portraits. If they choose to join the project, they will receive a small copy of the portrait. They are made aware that their image may be added to the portrayals in the exhibition. The collaboration is multilayered, as the lines between audience, artist and subject blur – what is created is a community portrayal. Joe Mannino has said: “I am most gratified when personal intention and public interpretation mesh harmoniously, for I am not interested in a didactic monologue. I accept that meaning can be fluid, but I hope to create the shape of its container.”

Joe Mannino received his BA from Knox College and his MFA from Southern Illinois University. He is an Associate Professor and Associate Head at Carnegie Mellon University, School of Art. Mannino considers himself an “object-maker.” He uses architecture and sculptor to showcase his reactions to personal, cultural, and political events.