Simple architectural forms in two and three dimensions evoke the midnight eeriness of the deserted urban landscape You find walls that unexpectedly block your... 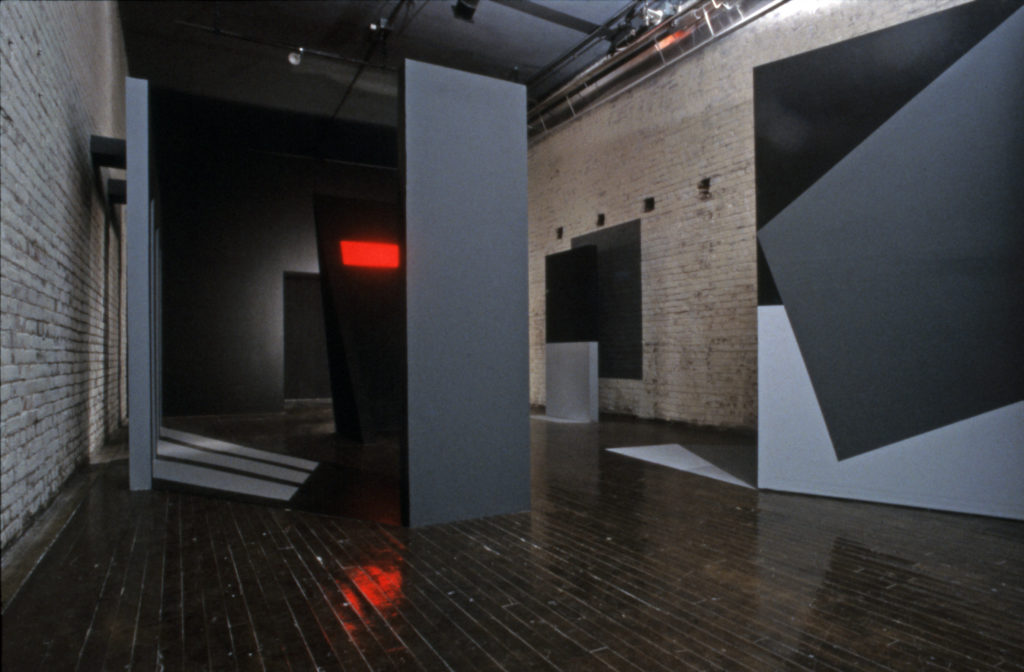 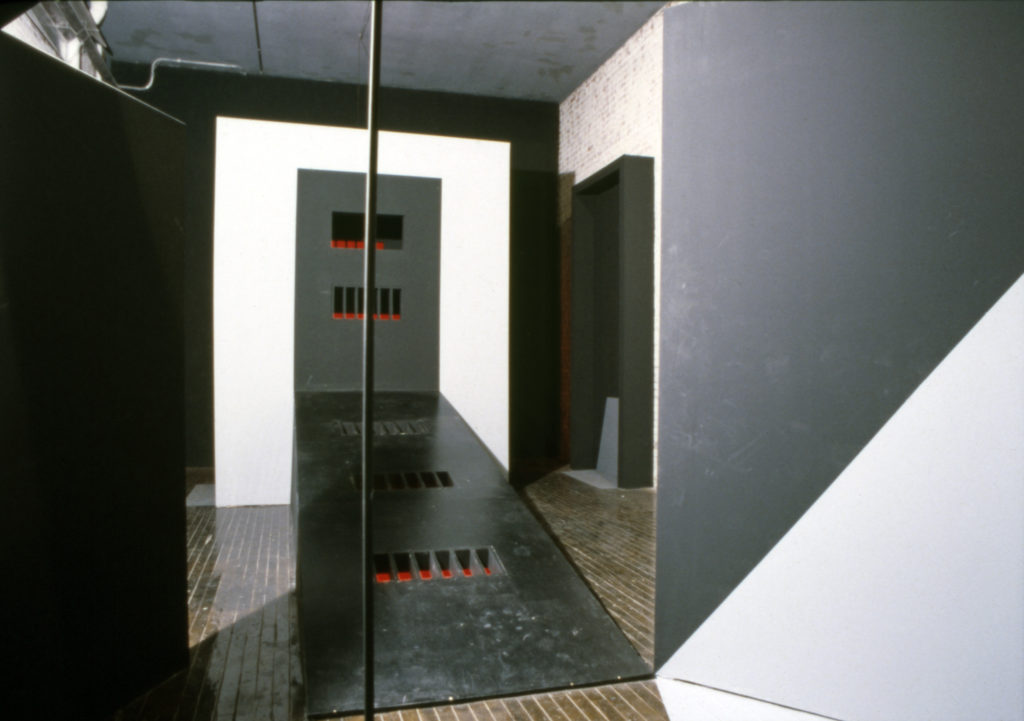 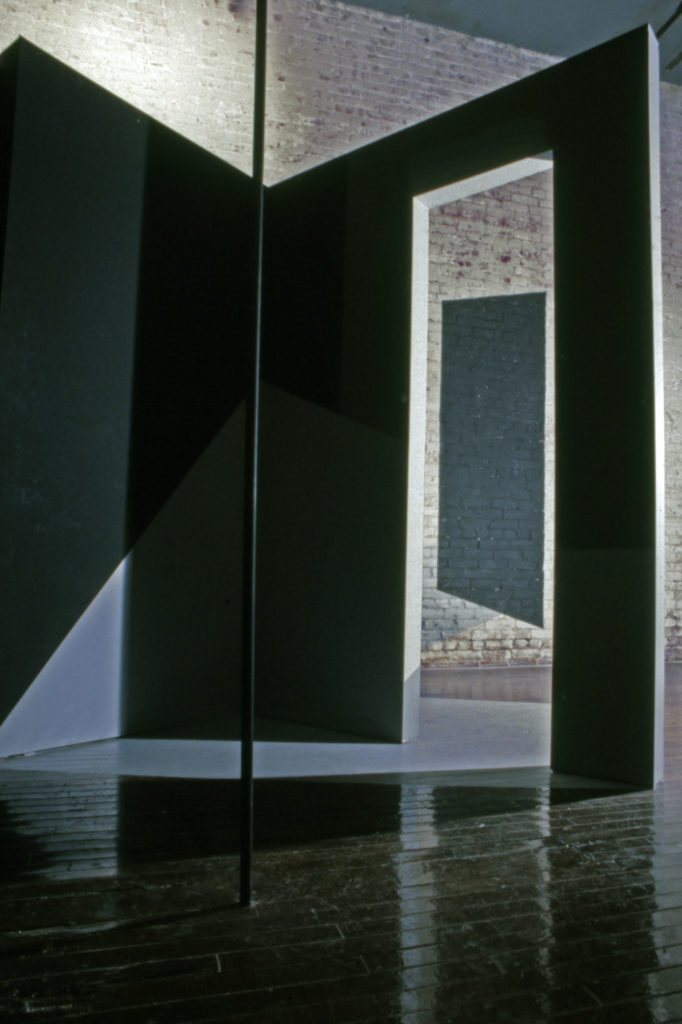 Simple architectural forms in two and three dimensions evoke the midnight eeriness of the deserted urban landscape. You find walls that unexpectedly block your way, ramps leading nowhere, doors that don’t open, dim red lights, the silhouette of an anonymous figure watching through an overhead grating. A hotly glowing red panel feeds your sense of paranoia.

The 1985 installation at the Mattress Factory explored a territory between the sculptural and the architectural. Through a combination of reductive and eccentric geometric structures, radical manipulations in scale, and diverse lighting techniques, the environment produced a theatrical aura. Considered an analytic re/de-constriction of architectonic space (and the “everyday” social edifice), the project demanded physical interaction from the viewer. Sculptural objects posed as intrinsic design components, catalyzing an interplay of illusionistic effects.

Kendall Buster earned a BFA degree from the Corcoran College of Art and Design in Washington DC and an MFA in Sculpture from Yale University as well as participating in the Whitney Museum’s Independent Study Studio Program in New York City.

Her work has been exhibited in numerous venues nationally and internationally including the Hirshhorn Museum and the Kreeger Museum in Washington, DC, Artist’s Space and the American Academy of Arts and Letters in New York City, the Haggerty Museum in Milwaukee, the Kemper Museum in Kansas City, the Boise Art Museum in Boise, Idaho, Suyama Space in Seattle, Washington, the Bahnhof Westend in Berlin, and the KZNSA Gallery in Durban, South Africa.