The installation is built with concrete lawn ornaments Statues like these were first temple icons then museum pieces then lawn ornaments With Ireland 8217... 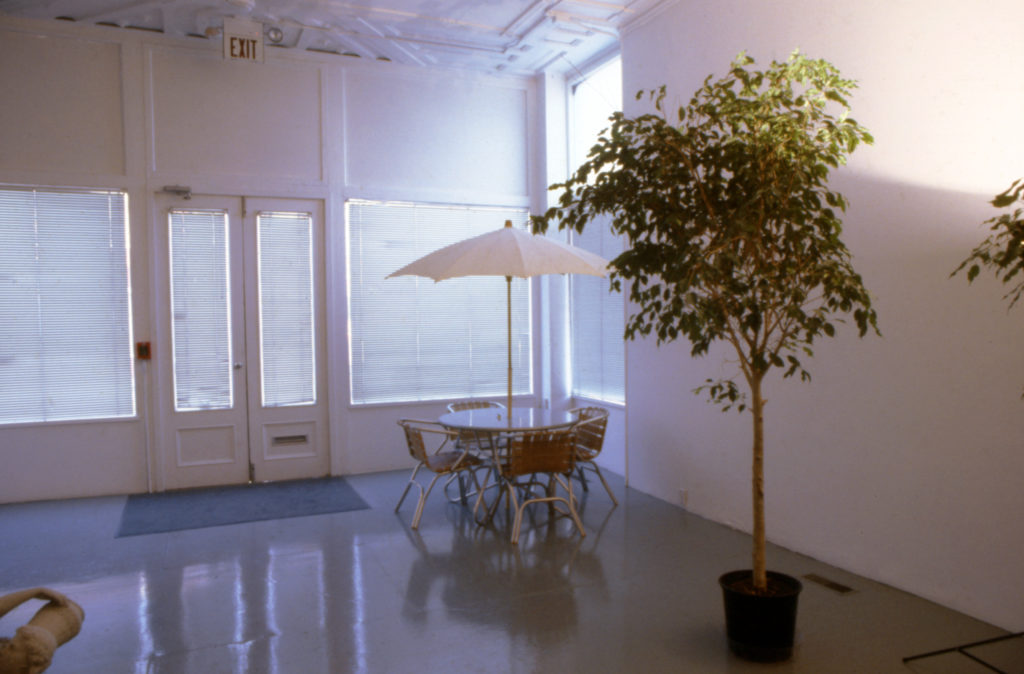 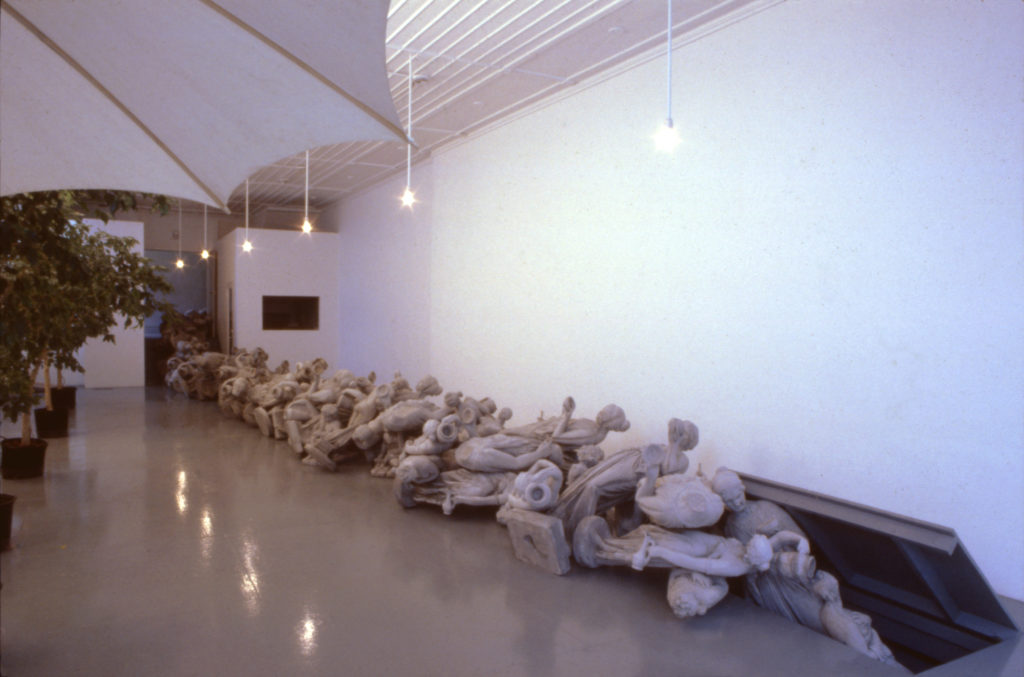 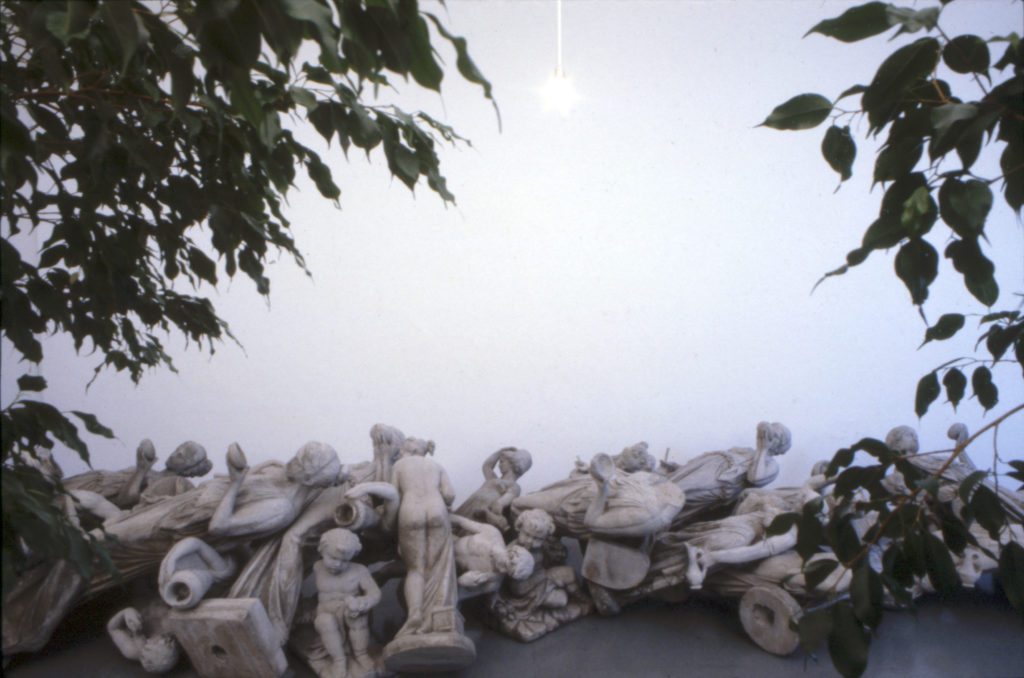 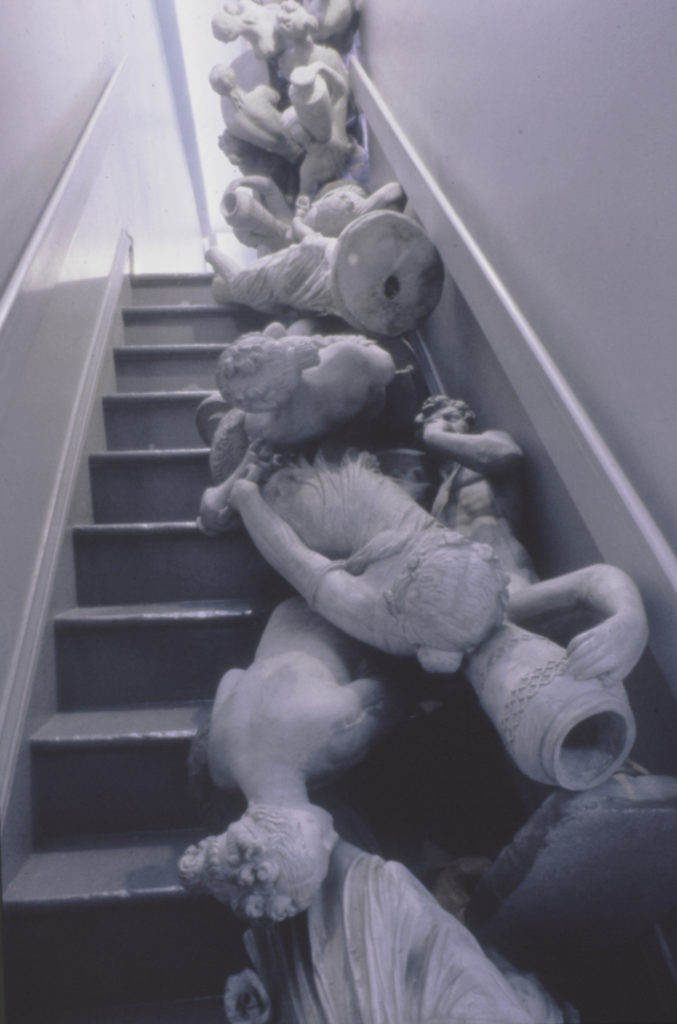 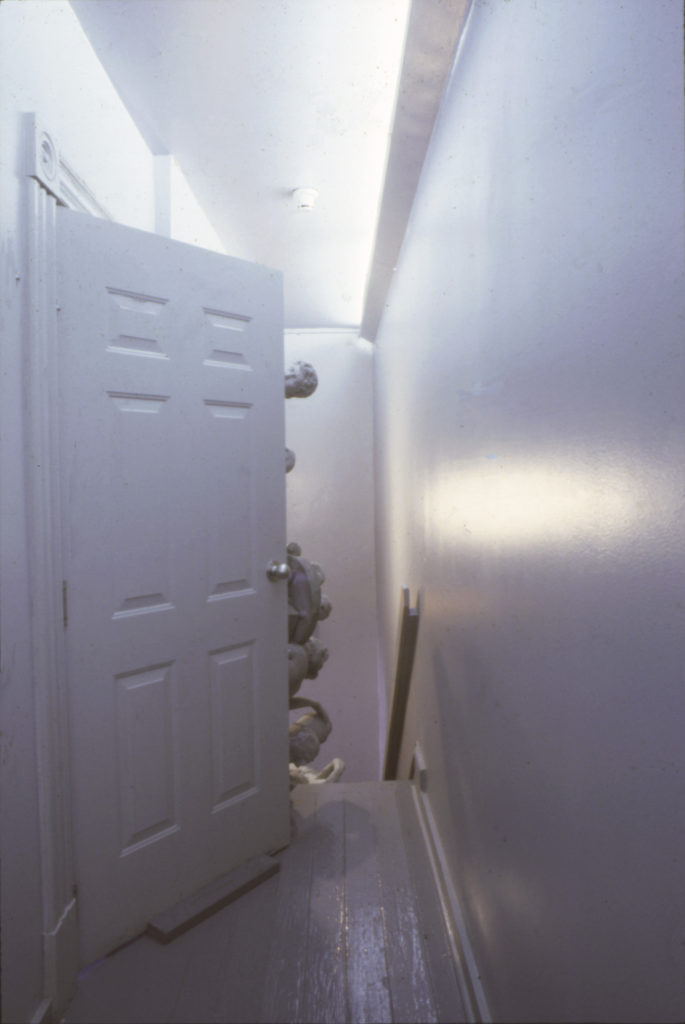 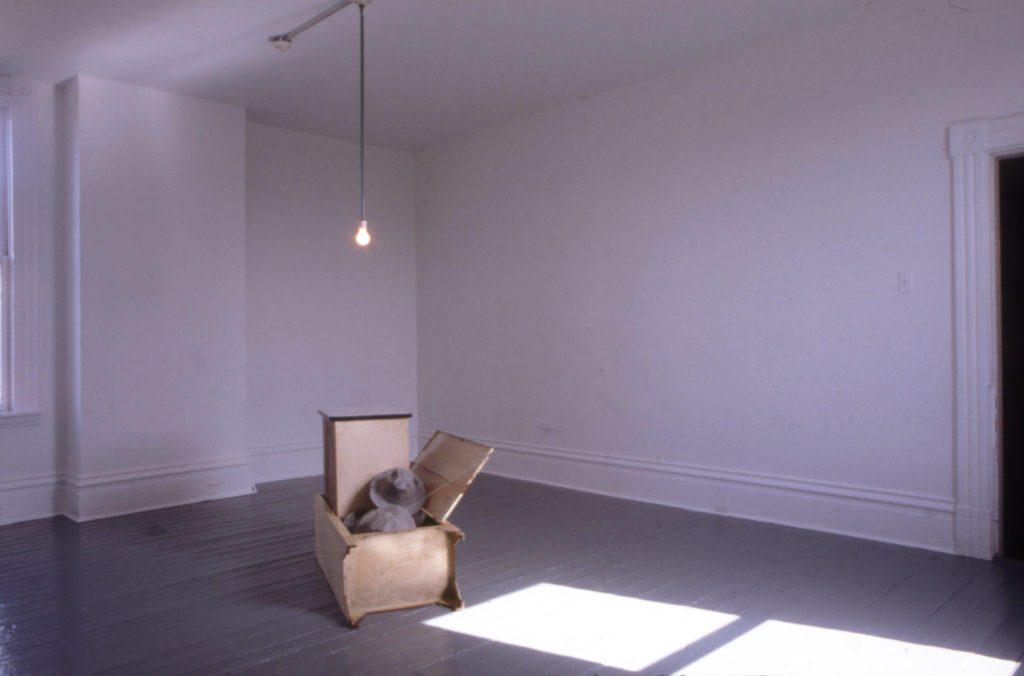 Patio furniture and ficus trees reference the outdoors, and statues in a tight stack emerge from a trap door. They move through the first floor gallery, around the corner and up the stairs. A row of single lights in the ceiling follows the line of statues.

American artist David Ireland is admired internationally for a diverse body of work concerned with the beauty inherent in everyday things and the making of art as a part of daily life. His idiosyncratic, hybrid practice blends sculpture, architecture, painting, and performance, and often draws on ordinary materials such as dirt, concrete, wood, or wire that he collected over time.

Ireland boldly began his full-time art career late in life after taking a circuitous route to his calling. In the two decades between his completion of a Bachelor of Applied Art degree from California College of the Arts (now California College of the Arts) in 1953 and finishing his graduate work at the San Francisco Art Institute in 1974, he followed a winding path through military service, marriage, fatherhood, insurance sales, carpentry, and extensive world travels in Asia and East Africa as a safari guide and importer of artifacts.

In 1975, after a yearlong post-graduation sojourn in New York, Ireland returned to San Francisco where he quickly became an integral member of the Bay Area Conceptualist movement —which included living and late peers such as Terry Fox, Howard Fried, Paul Kos, Tony Labat, Tom Marioni, and Jim Melchert—and helped establish San Francisco as an important center for conceptual art activity, then flourishing throughout the US and globally.

Ireland’s work has been presented in more than forty solo exhibitions at venues including the Walker Art Center, Minneapolis; Hirshhorn Museum and Sculpture Garden; Smithsonian Institution, Washington, D.C.; The Museum of Modern Art, New York; and the New Museum of Contemporary Art, New York. In 2004, the Oakland Museum of California organized the first full-scale traveling retrospective of his work, which included key pieces related to 500 Capp Street. His work is held in major museum collections worldwide.